Finished my doodles of my Warrior Cats ocs !

Here’s the batch ! I’m quite proud of them, I had quite the issue finishing it because apparently my family decided to go out before I had to go shopping because, ya know, I eat.

I’m thinking of making a Tumblr for my Warrior Cats ocs and stories… How about it ?

Oooo!!! Its actually coming along better than I expected!!! :D

(btw this is Judin, my lovely tiny elf)

Did some headshots of some of my Warrior Cats Ocs. Here are ;

What constitutes something being beautiful

Does my hair have to be silky smooth

For me to be a beauty?

Why can’t I be beautiful with what I already have?

He will love your

And your beautiful golden stretch lines

He will let you know, that you are powerful,

And you are enough to let the world see

That beauty is not a one way street.

Thanks to @ink-fireplace-coffee for tagging me❤️ 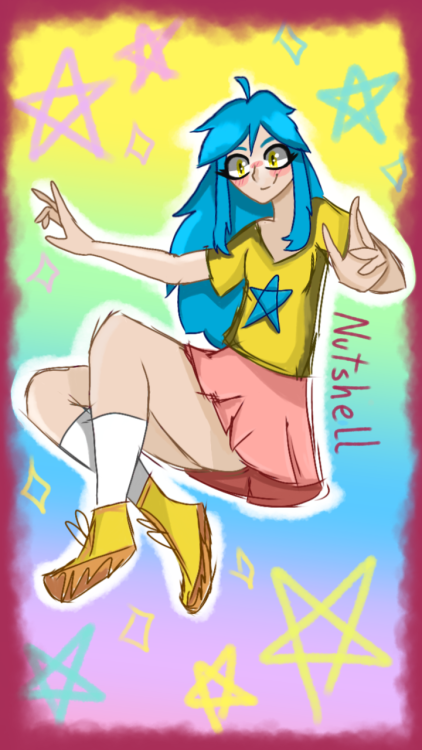 Disclaimer: I do not own the GIFS. All rights to Heart of Asvar and Constantine of Deihra are reserved, and owned by me.

A rough sketch of one of my lil sister’s OCs that she wants me to draw, I was planning to post it digitalized but I got awed by it and thought that she looks cool. I’m still gonna digitalize her tho.

You know what I totally didn’t do? Make a mysmes OC-

Jk, I totally made a mysmes OC-

Beware of the angst! Also sorry nothing is bolded this time, kind of got lazy >.<

And yes I did draw this in a car. My family was out doing something and we’re finally heading back home!

“Ah yes. If I were crowned queen, my first order would be to greatly expand the rights of women. I would allow them to vote in their local elections as well as make progress to owning their property. My reign would matter very much to the people, as I’d likely be the most liberal ruler in Asvar’s history. I just wish that the line of succession didn’t have to always go to a man. I would be queen regnant if it weren’t for that.”

Jordan grew up in the Bible Belt of America, but has little no interest in the Christian religion. While she tends to lean on her nordic roots when she is feeling spiritual, she is technically more or less a witch (NOT wiccan) without deities. She values her future and her family above all else, but family to her is who loves and respects her, not by blood. She spends a lot of time online and chatting with friends on Tumblr and Discord.

While she was most definitely in shock upon waking up in the Devildom, she adjusted quickly thanks to being rather adaptive. She started out with a major crush on Beel, but soon her true feelings for Mammon were too much to deny. As the school year at R.A.D. went on, she formed close bonds with Satan and Asmo as well.

Now that she’s back in the human world, she’s trying to find a way back to her original timeline, and do whatever it takes to get home to her most admired person.

#my ocs stuff, #ocs, #art, #this one is an artist, #she writes things in smudgey glitter gel pen, #a bit of a disaster, #we love and support her though.
0 notes · See All
thesmallfoxartistText

All recent fake screenshots. Plan to be making more soon!!

Every time I look for you

You’re nowhere near, it makes me blue

I swear I need you by my side right now

Alice in Wonderland drawings! Jack is Alice, and spend the majority of his time in wonderland chasing around Regina(the white rabbit) and Twila(Cheshire cat) and tries to get them back home. Those two are up to no good.

First of all I will say that if I get to misspelling excuse me, English isn’t my native language

Bob is a lord sith, his name isn’t Bob, but for the moment let’s call him that because I haven’t thought of a name for him sjjd

He had a relationship with Philip, but seeing that they followed different paths they separated, but each one who sees him tries to convince him to be on the dark side in company.

He has seen Zigor many times, but never fought with him.

Philip is one of the best drivers there can be.

Every time he sees Bob, a feeling of sadness falls on him, disappointment and hopelessness, to see what he became.

he always rejects Bob’s insistence on being by his side, knows what is wrong and escapes.

Kyle is silly, because his compulsivity becomes a problem sometimes.

He is a common stortrooper, but he always tries to stand out, sometimes he does, but not very often, so he doesn’t have a very good reputation putting him as one of the bunch.

his pride is a problem, because he gets depressed for not highlighting as he would like.

zigor is a student yet, but he knows how to fight.

every time he comes across Kyle, he tries to beat him up, for leaving that scar on his eye. which if he can get a few scratches.

his saber is purple, due to the fact that he is a Jedi who hesitates with the dark side, but stays on the light side.

Alvin is the brainiac among the group of my clones.

each one who goes into battle collects important pieces with which he can upgrade his equipment and that of his friends.

his weapon is a blaster that he upgraded, making it lighter and more effective.

is the leader among my clon boys.

Damian is the bitter of the group,

It has a kind of spikes on his knuckles, because he does not use a weapon, it is more than hitting with his fists, the spikes do not get to hurt deeply if he hits a person, but if he leaves some marks

He can swap them for sharper ones when he only hit droids, so in one fell swoop he can render them completely useless.

this boi is spike, his weapon is two long blades, almost as if we were talking about Katanas.

he is always the one who puts the group in the mood and seeing the good side of everything, he’s very optimistic, he’s like a colleague.