I misread this as stiles

#my ramblings, #i went back at least 1k posts possibly more
1 notes · See All
hilentshillText

#my ramblings
0 notes · See All
nerdgatehobbitText

… I live on mobile Tumblr so I can’t do GIFs but I can list my 10 favorite shows!

1: Stargate Atlantis. I love it the most, despite (because of?) its many issues.

2: Stargate SG-1. Similarly, I adore it. Such a great show all the way through!

3: Phineas and Ferb. Such a fun show, doing a lot of fun takes on tropes & narrative devices. And the songs!

4: Avatar the Last Airbender. A truly iconic show. I have Legend of Korra but I still need to watch it.

5: Power Rangers. I’ve seen over 600 episodes now- just half of 6 and all of 7 to go for the first 4 boxed sets. Very cheesy at times but I love it. If I had to pick just one season, it’d be RPM for its plot, balance of darkness & humor, and it was a launching pad for Eka Darville, Rose McIver, and Adelaide Kane. Yes, I know that’s a betrayal of my icon, but also RPM is just 32 episodes which is just over half the length of Mighty Morphin 1, so there’s that too.

6: Jackie Chan Adventures. Slightly offbeat but I love it for the action (duh) but also the mystical elements, the humor, & character dynamics. I kind of want to grow up to be Uncle Chan.

7: Liberty’s Kids went hard for a PBS show and I need to rewatch it sometime (seriously, it was super nuanced and tackled a lot of heavy topics).

8: On that note, Wishbone is mostly a fuzzy warm feeling of nostalgia nowadays rather than actual memories. I wish more episodes were available for purchase. Still, it meant a lot to my younger self- I went on to read The Moonstone, Ivanhoe, and A Tale of Two Cities because I remembered enjoying the episodes involving those stories. Of course, on the other hand the Great Expectations episode scared me. So there’s that.

9: Dinotopia. Okay, maybe I’ve only seen 3 of 13 episodes, but I am weak for this franchise. I’m really enjoying it so far! David & Le Sage are my favorite characters so far.

10: BBC Merlin. Another show I need to rewatch, but I remember adoring Gwen & Morgana when I saw the early season on TV. I know what happens later; I blame the dragon.

Um, let’s see. I’ll tag a few people but you don’t have to do it if you don’t want to. @bex-pendragon @magic-owl @cblgblog @michaelkenmore

so i was wrong about one but the other names in epstein’s book like kevin spacey and the trumps and michael jackson? not surprised at all

#part 2 of i hate everything, #and it’s time for a revolution, #misc, #my ramblings, #delete later, #anonymous, #jeffrey epstein
1 notes · See All
toffeebuckyAnswer

yes i know now! ive been trying to keep up with all the information and seeing that threw me for a loop cause until now i’ve never heard of the bad chris evans but thank you for letting me know! i feel dumb and the world is overwhelming and i need a nap anon

#i deleted that post the second someone let me know so dw, #i will not allow any slander on my good american chris evans, #asks, #my ramblings, #misc
0 notes · See All
fandomgeekeryText

gotta say, kinda awful I have to seriously consider bringing my chem goggles to a peaceful protest cuz the next city over’s demonstration got tear gassed 🙃

#my ramblings
3 notes · See All
obstinaterixatrixText

I hate how musicals, movies that focus on music, and documentaries about music are often shoved in the same category… these are all… very different genres…

well since its june tomorrow i though id share my really stupid one in a million most likely not happening crack pot theory on who the arms rep in smash is gonna be,

all of them, all 15 in a single slot each with 8 colors, you can choose which fighter you play as on the character select, like how you can choose what pokemon you start with as pokemon trainer or like the shared echo slot option.
all 15 are basically semiclones of each other where they all have a similar moveset with the main difference being body type, what 3 arms they have equipped, and their special gimmics that are unique to each character.

its a fun idea but most likley not gonna happen, but if it did that would be amazing. 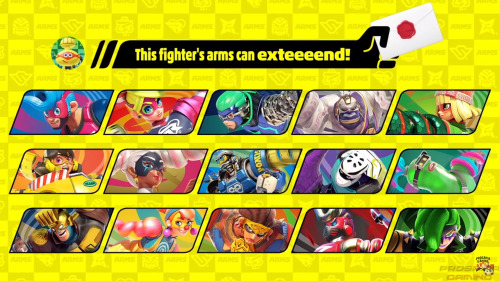 Thank you for telling me

#my ramblings
13 notes · See All
starrycerealText

#do y’all need me to tag shit better, #i’m not gonna entirely shut up about what’s going on in america rn, #but i’ll tag it?, #my ramblings, #shut up finlay
1 notes · See All
ahwae-hohochamText

#I WANT TO UNDERSTAND, #my ramblings
4 notes · See All
dailyarturiartfgoAnswer

Barefoot soles are alright since it’s just a part of anatomy.

I don’t know what soft vore is and I’m afraid to ask :/

#my ramblings
19 notes · See All
little-piece-of-tamlinText

the fucker is UP

the lighting is shitty, the quality too, but this piece of fuckery is finally up on my ceiling. we had to do some… redrilling, because of… reasons

#i spent too much time on this, #it was ment to be a weekend's thing, #and it turned into two weeks of suffering, #but im happy with the results, #gotta do some after-work, #but m happy with it, #my own art, #my own post, #my ramblings
2 notes · See All
amidstardustText

there’s so much avatar: the last airbender on my dash…*looks around* i’m so tempted.

#i'm susceptible to persuasion, #me jumping from one hyperfixation to the next, #atla, #this is what happens when you start watching anime, #my ramblings
5 notes · See All
fandomgeekeryText

OKAY WHO WAS GOING TO TELL ME THE BAND LEATHERMOUTH WAS HEADED BY FRANK IERO. I’ve been listening to these screamy bastards for a While & I didn’t even??? Aaa???

If you say you didn’t have a crush on Dimitri from ‘Anastasia’ , my friend YOU ARE LYING!!

#i’m watching it rn AND MY GOD DIMITRI, #THE SCENE ON THE BOAT AGSJFNRHRKSWKDJ, #HE WALKED SO FLYNN RIDER COULD RUN, #my ramblings, #disney, #anastasia
2 notes · See All
mika--82Text

I pay respects to my old friends who have mostly died, the only way I can joyously meet them again is by getting drunk.

The youth buries the fermented wine under the branches of the osmanthus tree, as he drinks his hair is already speckled with white.

As the light shines from the skies, the dream shatters and everyone has walked on far ahead, leaving me abandoned in an old body, filled with tears.

I am willing to increase my remaining years just to meet Zhou Gong (i.e. continue dreaming blissfully), let me carry the wine and return.

2ha 289, originally a Shuzhong song that Xue Zheng Yong sung often, later sung by a drunken Xue Meng in Kunlun Taxue Palace as he mourns the passing of all his family and close friends

I visit my old friend under the clear moon, the flower-like candle flame and our faces both reflect red.

In the morning the young phoenix sings as spring arrives, the endless rivers and mountains are peaceful.

The youth buries the fermented wine without drinking it, after several years he returns and meets his brother again.

Why do people need to accompany one another so often in life, when the east wind can carry mutual yearning to even those who are far apart?

2ha 311, sung first by Chu Wan Ning and Mo Ran, and then as a song in Xue Meng’s memory, many years down the road, as he reflects on what has happened and recalls his loved ones

disclaimer: these are my interpretations of what I THINK they most closely mean

#meatbun squeezing all the tears out of me, #this novel is too beautiful, #and painful, #MY FEELINGS, #my transl, #my ramblings, #2ha, #xue meng, #mo ran, #chu wan ning, #ranwan
14 notes · See All
ablogofthecriminalmindsvarietyText

To the sugar daddy that commented on one of my posts, man, what the hell? What made you think that I would be interested? I’m 15, dude! Keep your creepy old self far away from me.

#not criminal minds, #my ramblings, #shut up em
0 notes · See All
Next Page