you’re rushing through my mind (chapter 1)

synopsis: annabeth chase and percy jackson were known to not get along. what happens when annabeth’s coach decides to pair her with him in an attempt to win nationals?

chapter 1 – she lets me down, she gets me high

“I’m pairing you with Percy Jackson.”

The second those words slipped out of her trainer’s lips, Annabeth felt her body go rigid. “You can’t be serious.” She says as calmly as she can, her voice coming out low.

Chiron, her trainer, just responds with a curt nod. “As serious as I can be, Annabeth.”

“Contrary to what you think, I’m doing this out of love.”

“Do you- Do you even know who Percy Jackson is?” Her tone is incredulous, her stormy eyes wide as she gives a small tug to the laces of her skates.

“Won three national championships in the past three years, took it all the way to the Olympics last year only to fall flat due to his partner. Has a god awful reputation, but is a damn good skater. Yes, Annabeth, I know who Percy Jackson is.”

“Then you also know he’s a dick.” The last word held venom, “And it’s not like he’d even agree to it.”

“That’s where you’re wrong.” He responds easily, his gaze shifting from her to the iPad in his hand. “His entire team is already in agreement, including the man in question. They’ve also agreed to allow me to coach you.”

Me when customer’s are demanding, have attitudes or have really weird requests….

Hope I made ya happy anon! Its really smol but cute at least in my opinion. :)

Mike was trying to ask Will out. He really was! It’s just hard, that’s all. Mike would always get up to, “So I was thinking-” and then Will would look at him with his beautiful brown eyes and Mike would turn into jelly. It wasn’t fair how one human could be so cute and adorable, and just drive Mike up the wall. He wants to do it. He’s been trying to do it for at least three months now, which is pathetic. Mike knows. Lucas isn’t much help nor is Max. Dustin doesn’t even know how to approach anyone and El? El is just as clueless about asking someone out that is possible.

Today was another failed attempt with the two just hanging out in the Wheeler basement. Will was sketching a part of the room for his art class, supposedly. The prompt said to draw somewhere you feel at home, and Mike guesses Will felt at home in his basement. Mike wanted to say something cheesy like ‘I feel at home when I’m with you’ and watch Will’s face turn into a dark red but once again, Will Byers gave him a small smile and he just couldn’t.

“Are you going to keep watching me? Take a picture, it might last longer.”, Will piped up from the chair at the table. He was clearly working hard on the sketch, and working hard to make Mike flustered. Mike’s face reddened at Will’s comment and he decided to turn the music on. And no it wasn’t because Mime wanted to hide his face while turning away. It was for other reasons. Some that Mike couldn’t think of right now but they are there. Definitely.

Mike put on some random song from Will’s mixtape and sat back down to his previous spot. He should ask Will out right now. He should. He could. He can. “Hey, Will?”

“Hm?”, Will answered with a short sound.

“What are you up to this Saturday?”

“Nothing much. If anything I’ll work on this sketch or start another. Why do you ask?”

“Oh um. Well, would you be interested in going to the diner?”

“Sure. It’s Lucas’s turn to pay though-”

Mike wanted to say no! Me! Not lucas! But of course he didn’t. Will would never see him as more than a friend. “Mike?”

“What are you doing Sunday?”

Will got up and set his pencil down along with his sketch pad. He sat down at the end of the couch Mike was lying on and he looked determined. “Mike would you like to go to the park and ice cream parlor Sunday?”.

Mike creased his forehead and looked at Will questioningly. If they are all going out this Saturday why would Will want to do it again the next day? “I’m not paying then because then it’s Dustin’s turn-”

Asking Mike out? As in a date? “Will”, Mike forced a laugh out, “you’re making it sound like a date.” Will looked away from Mike and it sunk in. Will did mean a date! A date!! Will asked Mike out!!! “Oh. You do mean a date.”

“I get it if you don’t want to go. I know this is all random. Pretend I didn’t ask, okay?”. WIll got up and collected his items. “Wait Will!”

Will turned around, “What Mike?”

“I would love to go this Sunday?”

“Really?”, Will looked so hopeful.

Will gave him a smile and Mike wanted to go over and kiss him, but calm down Mike. Not yet. “Will? Um, what made you ask me? Not that I don’t want to go like-”

“Because, Mike, you’re always the first one to do everything and I wanted to be the first for this. Okay? You give me a little bit of confidence.”

Mike smiled and he couldn’t help but to get up and give Will a real hug. “Thanks, Will”

“No, thank you”, Will leaned up and gave him a kiss on the cheek. He left in between Mike’s arms and went over to the door.

Link holds very, very still as Sidon’s hands come up to cup his jaw, sliding beneath his the fins framing his face.  They feel massive, reaching from his chin to the back of his head, fingertips pressing to the juncture of his head-tail and his neck.  Light pressure against the back of his head coaxes his chin up.  There’s a moment where Link’s eyes have glued themselves shut and all he can feel is the warmth of Sidon’s palms, the curl of his breath against Link’s face, before there’s a gentle and sweet pressing against his forehead ridge. 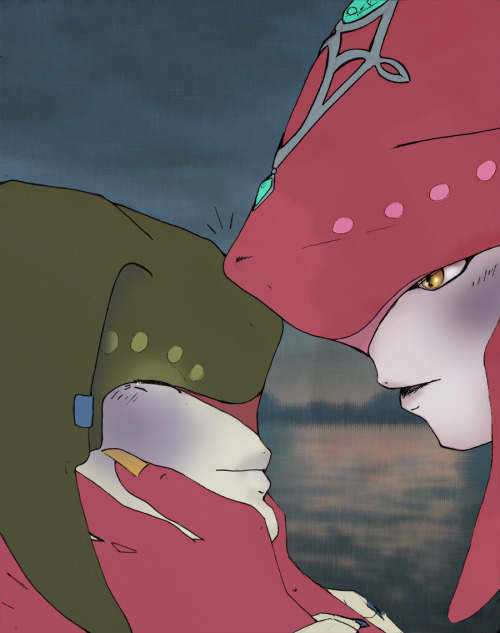 #sidlink, #sidon, #prince sidon, #link, #fanart, #zora!link, #zora link, #zora, #botw, #my art, #my work, #digital art is hard, #anyone want to colour this for me cause UGH
10 notes · See All
therewerenoturtlesText

A little comic about experiencing grief and heartbreak (the personal, selfish kind).

Madame Tracy had never been possessed before, but somehow the human experience comes full circle.

Hope my precious boy is getting lavished with all the attention and Harry Potter dick he truly deserves :))))

To celebrate, here’s my take on how Draco and Harry ended up friends (and then more) after the war: 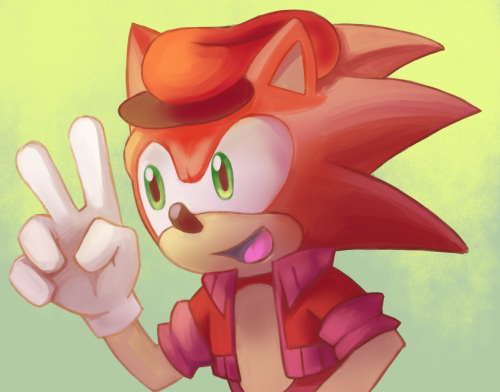 #sonic, #sonic the hedgehog, #cells at work, #my work
23 notes · See All
meadow-melodyText

“Just ignore what’s going on in the background, please.” 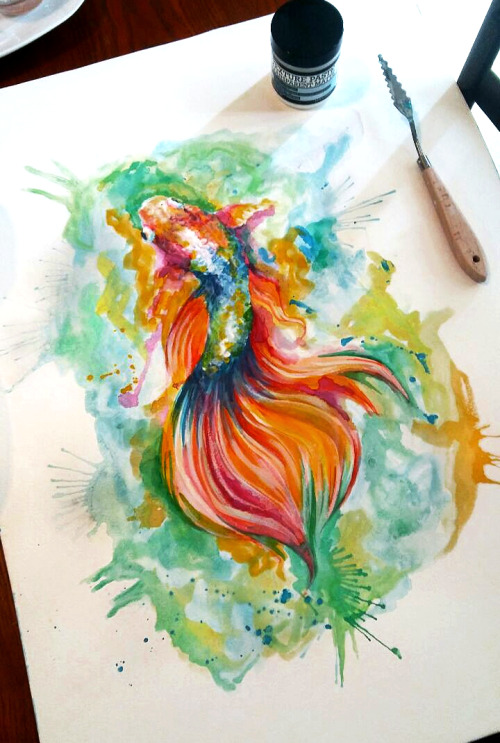 #watercolor, #artwork, #art, #my work, #mine
2 notes · See All
terrmissamorriverPhoto

“ A fallen star fell from your heart,

And landed in my eyes,

I screamed aloud as it tore through them,

(Florence And The Machine “Cosmic love”) 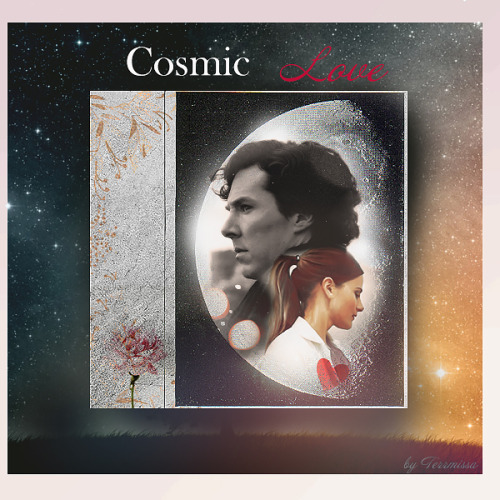 #sherlolly, #sherlock, #sherlock bbc, #my edit, #my work, #inspire by the song
26 notes · See All
katiehoughtonText

When she straightens up again, Katya is smiling serenely up at her, and Trixie says, “Where are we eating?”

“Actually we’re not eating. Not right now.” Katya’s mouth twists up in amusement, like she has a secret that she can’t believe she gets to keep. She’s not very good at those, and Trixie waits patiently for her to spill. “I texted your coworkers, I hope that’s not overstepping a boundary.”

Trixie lifts both eyebrows. “Depends what you texted them.”

“Pearl will be here any minute to cover for you the rest of today.”

(katya owns a plant store. trixie is a tattoo artist. based on this post)

Bonus content too: I drew some proper reference for myself of the designs I use for Baz and Simon. 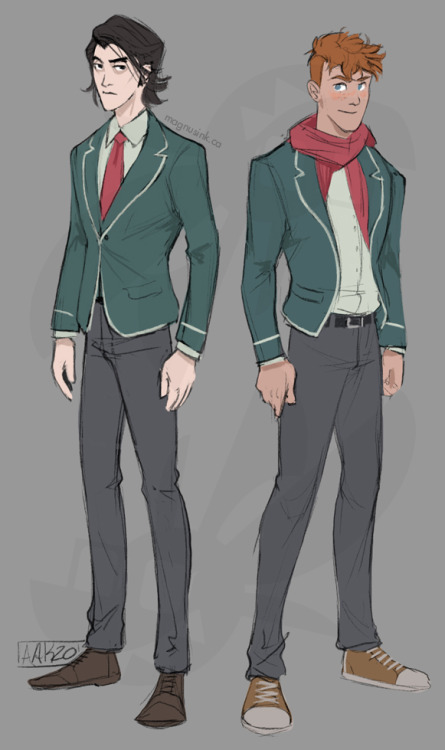