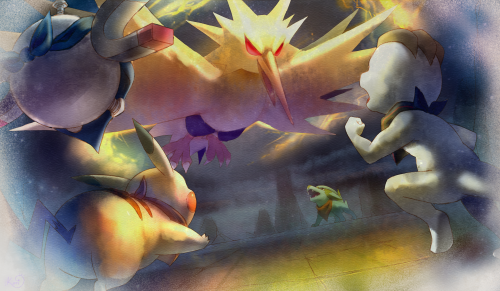 I am so unbelievably proud of this piece. I have been practicing poses and this was my favorite one I have drawn so far. It took me fifteen tries to get a kinda-okay picture of it but I managed.

This is my Bendy and the Ink Machine OC I posted earlier in graphite. I am not 100% happy with the blend I used for the skin tone but I think it is alright. I wanted it to look like aged paper.

#batim, #bendyandtheinkmachine, #bendy and the ink machine, #myoc, #my oc, #myart, #my are, #covid creatives
0 notes · See All
newtypeheroPhoto 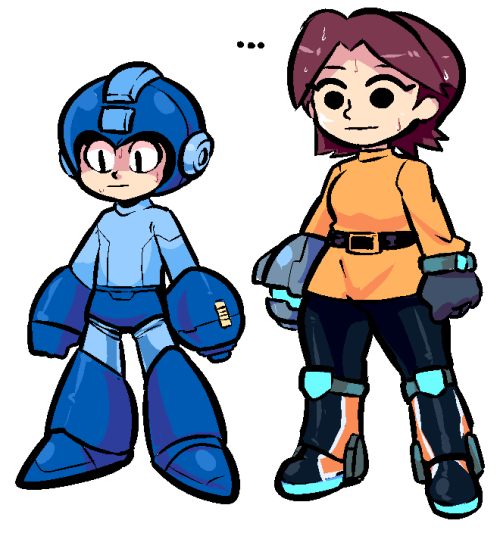 i hate that im thinking about homestuck in 2020 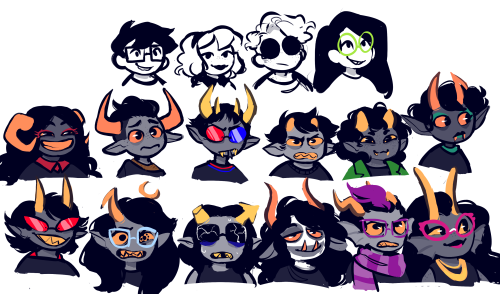 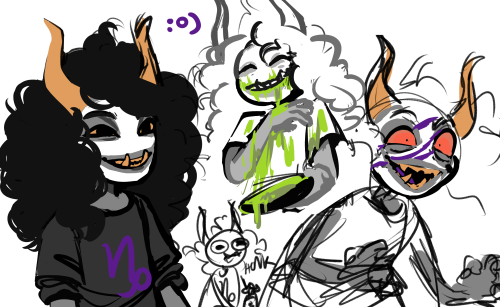 Some Sketches for my best friend. He’s always been there for me, and I never have to worry about a thing with him. He deserves the world, and I want to give it to him. @coyotenightts <3 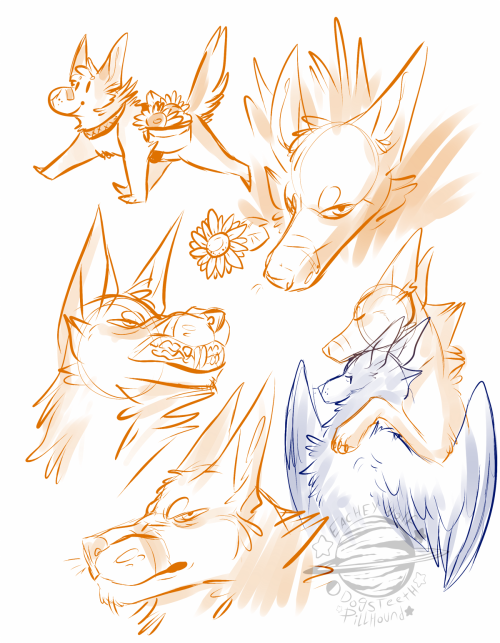 A #ghost I painted on my phone. I love #creepy #supernatural stuff! This one took a few days because I wasn’t sure what I wanted to do with it. I’ll probably keep touching it up, but for now, this is it.

Cause Arts been hard.

A comfort sona I made. I’ve been working on #meds50heads challenge though I doubt I’m going to do them in 10 days. I’ve added my own challenge of sketching these heads in around 10 minutes. 15 at the most!! What do you all think? 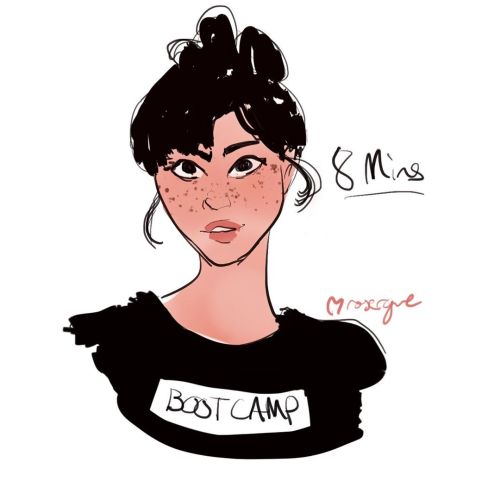 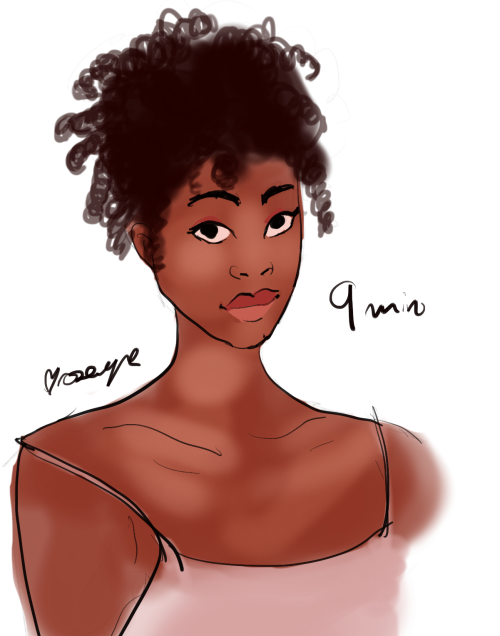 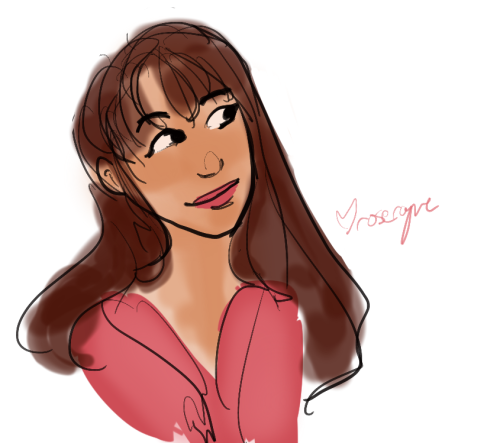 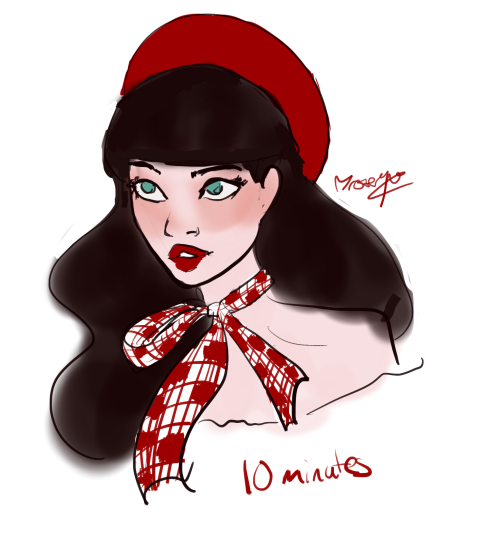 Today’s YT video is on anatomy!

All according to plan!

@electronicneutrino​ You got Dallas Beetles, Oldest son of Wally and Kuki boarding on decom age. Second in command of the alt future Sector V, previously served in the Medic unit. Faye Amberlands, a sharp shooter against the fusion monsters around earth. When I first made her she was very happy go lucky. Shes not like that now! Still a runner though.

@ Anon Vylet Goodelady, a energetic happy little girl thrilled to bits about Sedusa- Ima Goodelady taking her in. Not that she understands why playing around the junkyard is a bad thing. Theres ton of toys there! Maybe she could find a few for her new friends in the park…

@ohlookanothercartoontofallinto​ Blitz, He’s quiet but his power can be used in Terrifying ways. Phasing through solid objects, seems harmless at first until you’re missing a kidney. May Spacegirl, originally was gonna be my attempt at Space May in fusionfall. But i liked her hair. A happy go lucky Star player in the cul de sac. Under training with veteran Aster, whom she adores.

@dexxlabs​ Annie (aka Numbuh 3.00 x 10^8), previously a KND scientist studying the waves of space, particularly the sounds. Decommissioned earlier than expected under [RESTRICTED]. JJ Rainbeau, a lovely lady with a taste for Icey treats. Enjoys teaching kids. She raises a few kids with her wife.

@cutekitten6​ Aster, a veteran in the Fusion war. A bit of a bug nerd. She seems stoic at first but she enjoys the company of her friends. It helps calm her in troubling times. The new girl May… she wonders about. (Also buttercup keeps her dyed hair. Because its NEAT)

@lunasdestiny​ Georgette aka The Gossip currently wanted by both The Teen Ninjas and The Kids Next Door for crimes against kids, unlawful interference of relieved operatives, blackmailing, and being so, so fashionable. If you see this evil doer please report the the office of —- [redacted]. 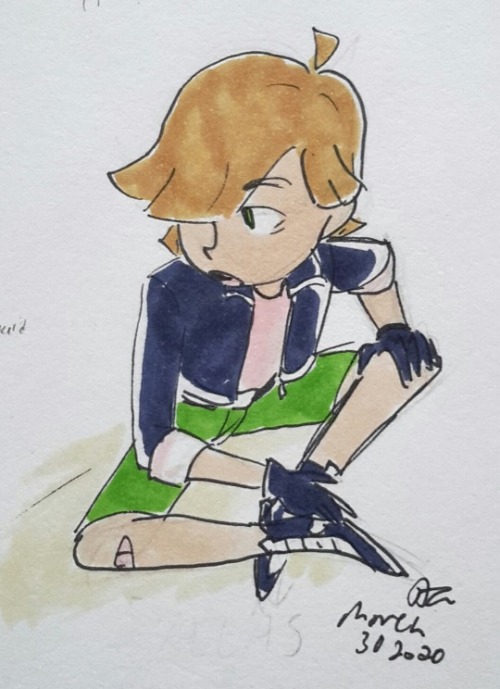 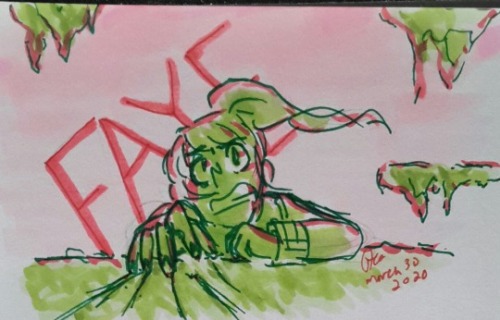 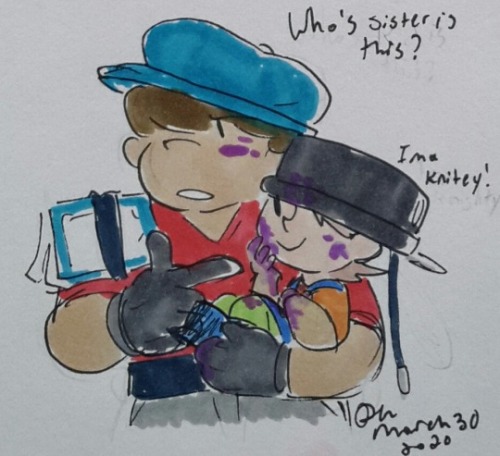 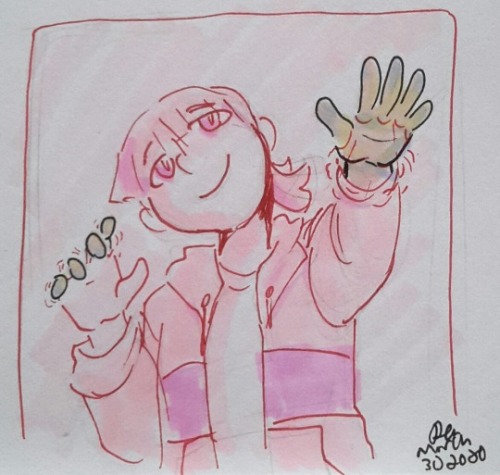 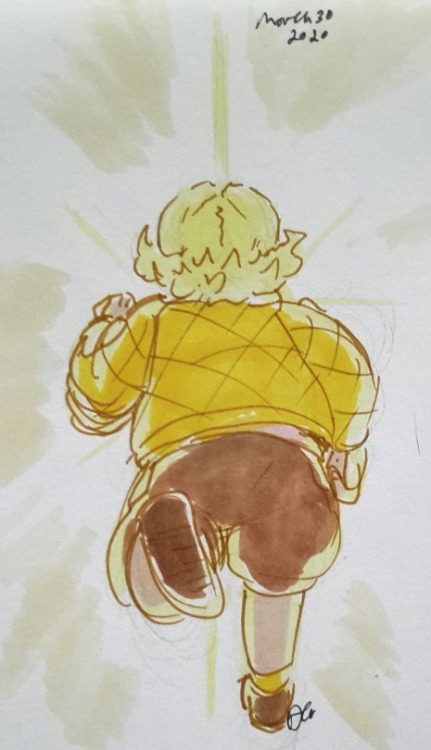 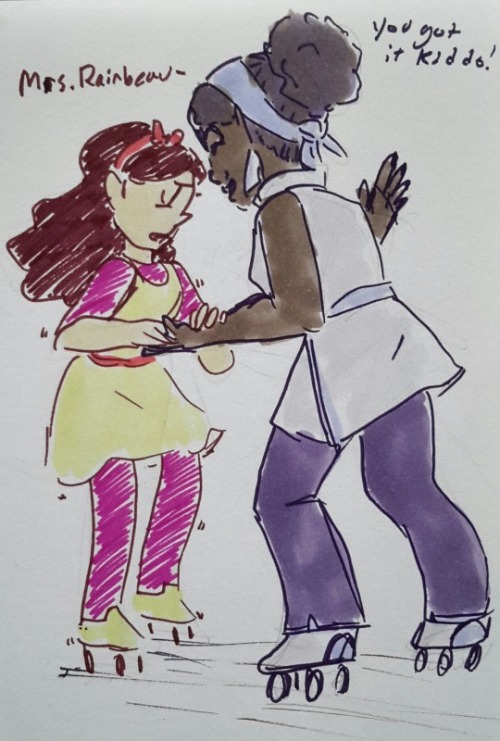 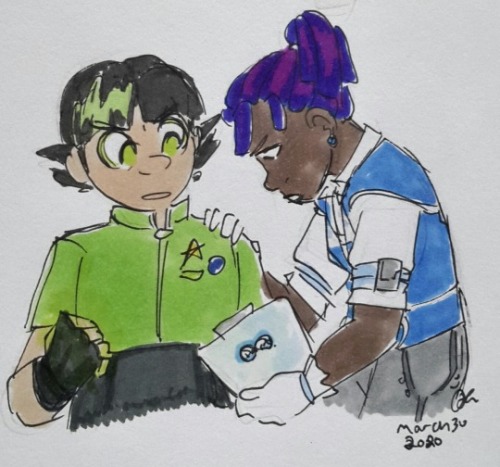 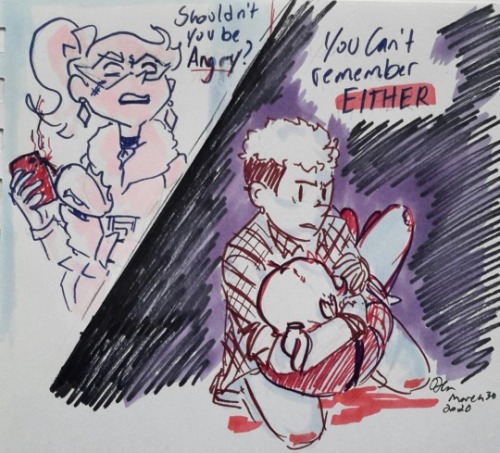 #In which drawing wasnt the hardest part its was uploading, #KND, #PPG, #Fusionfall, #Actually yeah aside from JJ that basically whats all there lol, #JJ rainbeau, #sugar rush parents, #myart, #alex^babies, #oh yeah i have a tag of ocs i forgot
5 notes · See All
flowerbenchPhoto

fuck everything else, in this goddamn hell of a fandom i respect her 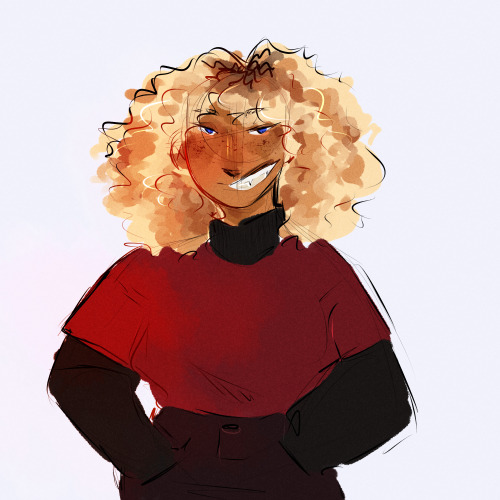 Hello all! Check it out! –> https://blade-king-luze.tumblr.com/

If anyone is out there, alive, and are still following me, I know some of you are Uraboku fans.

Some of you may seen my artwork of this sass boy, Luze Crosszeria and so …

I decided I wanted to create a blog especially for him. I thought long and hard if I wanted to ever since I wanted to do one for Ayanami from 07 Ghost. But then I found out, there were better Ayanami blogs and the way they roleplay as him is something not of my skill. ;slkdfj;alk

I still love Ayanami and there will be time where I will continue to do 07 Ghost art. But ever since I had a chance to roleplay this little known character, I wanted to flesh him out more and bring him into the spotlight.

The blog will contain mostly aesthetics I have thought for him and other canon/non canon things. It’s just for fun! And I might just go back to writing skits and side stories for Luze Crosszeria.
Will I go into roleplaying? Maaaybe little ones.
But asks are available for him to answer!

As always, thanks for dropping by and know that you are all loved! <3

Oh look, seems like I’m doing another trend :3 Here’s a wip of it! 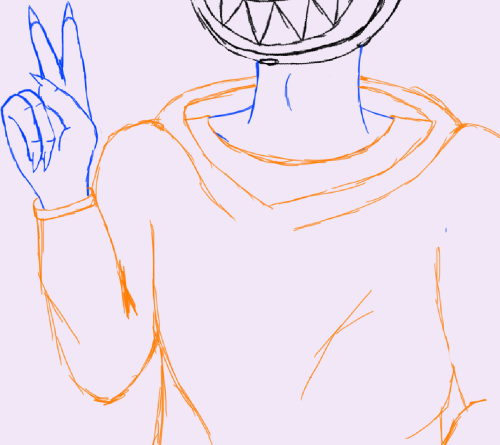 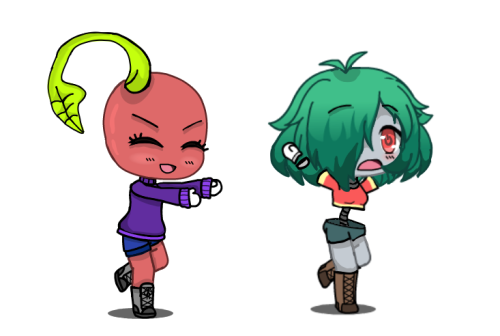 #my art, #myart, #myartwork, #my oc character, #my oc, #digital art
11 notes · See All
funtimeperfomerAnswer
THAT HENRY HELPY ART JUST GAVE ME YEARS ON MY LIFE THANK YOU SO MUCH

I KNOW RIGHT THIS CONCEPT IS SO CUTE…. HENRY BUILT HIMSELF A LITTLE FRIEND…