It took forever, but all of my French 3 vocab is now transferred from word documents onto an actual piece of paper (just in time for French 4 to start next week)

A nice sweater with jeans and Bearpaw boots

Oh that’s hard, both sound awful. But I guess maybe jacket in summer cuz I sometimes wear one then if I’m in a place where the air conditioning is making it cold

Sweaters! I love how pretty and warm they are, and actually almost never wear scarves

latin notes and my dear plants! my latin journey is starting slowly but i really enjoy it! it’s pretty easy to read but remembering the declensions is rough.

in other news, i’ve been accepted to four of the colleges i applied to!! still waiting on two results but i’m so excited for this next chapter!! 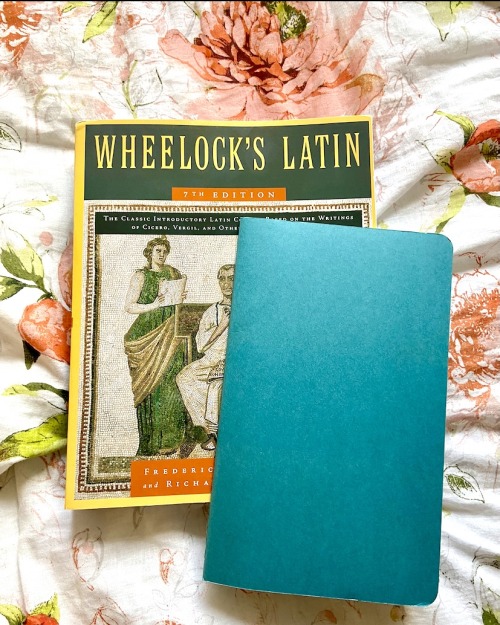 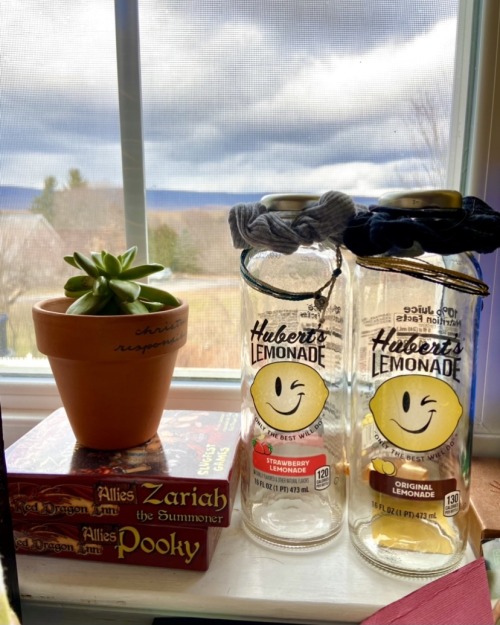 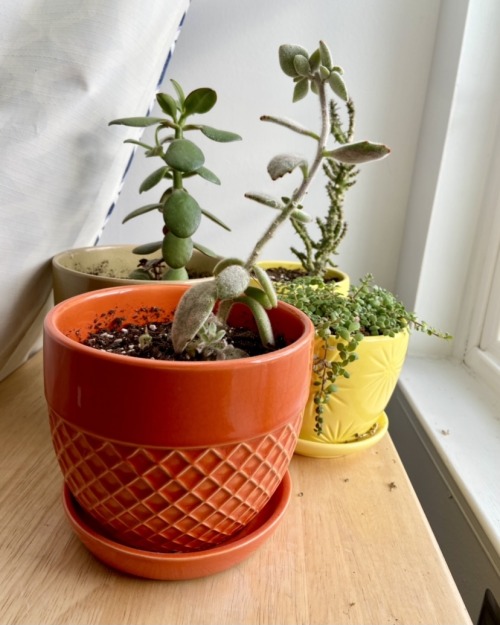 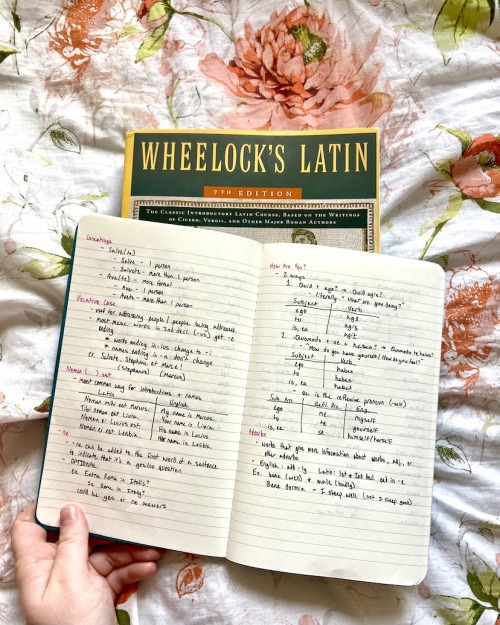 16.01.21 / art and saturdays go together like pb&j! i painted a canvas bag today (i’m a fledgling painter at best so i practiced my design on paper before hand). it’s for a dear friend who’s leaving the country soon for a job. i wanted to gift her something she could use and since i always envision her at a farmers market i went with this, along with a camera to capture memories with, and mildliners that she has always wanted. how are you spending your weekend? hope you’re well ♡ 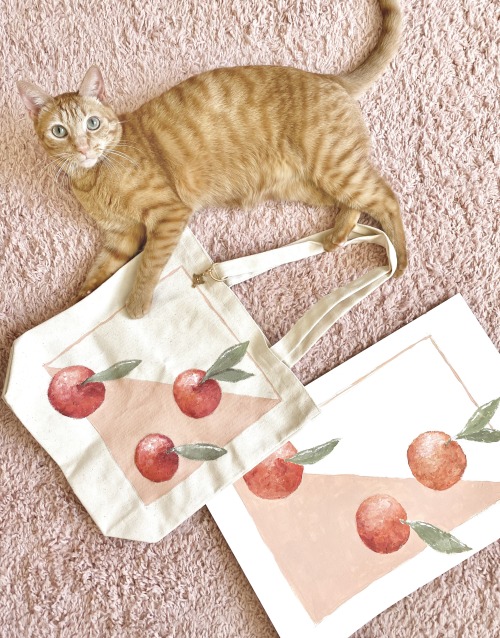 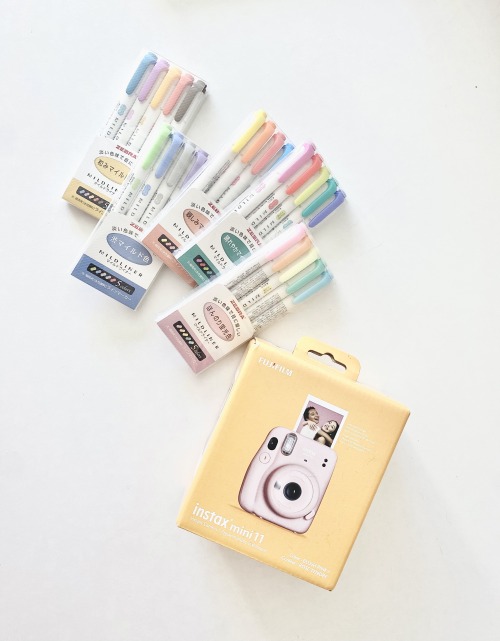 S w e a t e r s! Sweaters are my favorite article of clothing- always have been, always will be! They’re just so cozy and perfect and they’re always stylish and I feel so cool in them.

Sidenote: I hope you’re all having the most wonderful weekend! Be sure to drink plenty of water and eat a favorite comfort food today. I’m so proud of you and everything you are accomplishing. Keep up the amazing work 💕

tip: on a weekend like this where I will usually list my things to-do and just end up accomplishing 1-2 things because I will end up slacking and procrastinating until the last minute, I actually resolved it today! I just made an 🌿 hourly schedule 🌿

this helped me focus more and stick to my sched and I was able to finish all my to-do list today and caught up with my backlogs. I don’t recommend it if you need more time in understanding a topic because what happened was the breaks I allotted were used because some topics really took time to understand. it went good though. I’m on bed now, rewarding myself with an episode or two of haikyu (that I’m rewatching) 😁

what about you? how do you deal with procrastination? (x)

I bought a new journal as a reward for getting a working student job! How pretty is this notebook? ✨

12th January ~ Would you rather have a snowball fight or build a big snowman?

I’d love to build a snowman, it’s been so long!

13th January - Would you rather have an entire snow week off from school or an extra week of summer vacation?

Have a snow week!

Either some pants with a big comfy pullover or a knit dress, but a scarf and a big coat as well as ankle boots in both cases.

I’d rather go for the winter jacket in summer, better sweating than freezing!

6th January - What is the weather like during winter in your country?

Usually the temperature stays between -1/-2 and 6/7 °C, in some places can go below.

8th January - Where is the coldest place you’ve ever been to?

9th January - Name one place you could never live because of the winter weather.

Maybe somewhere where it still hot like a southern place.

10th January - Have you ever seen snow? When was the last time you saw it?

11th January - Would you rather play in the rain or play in a snowstorm?

Meybe snowstorm because it takes more time to get you wet.

12th January - Would you rather have a snowball fight or build a big snowman?

Both, both is good.

13th January - Would you rather have an entire snow week off from school or an extra week of summer vacation?

Snow week off school. We already have 3 months away from school during summer while in the winter we have only two weeks. One more would be nice.

Big sweater, pigiama pants, chunky soft socks and a blanket to wear as a mantle.

Winter jacket in the summer.

here’s my yearly and january set up! for my future log, i got inspired by @amandarachlee and did a dutch door for my future log. i only did 6 months bc im not sure how long this journal will last (i’ve had it for like 1.5-2yrs bc i took many breaks from bullet journaling).

this weekend, i’ll post some student/uni/college spreads i made to organize myself and just have a visual view of everything.

15.01.21 / a bright and colorful friday of reading and concluding this week’s work. can you believe we’re already halfway through january? i hope everything has been going smoothly for you so far. you’ve been doing your best and you ought to take pride in that. enjoy your weekend ♡ 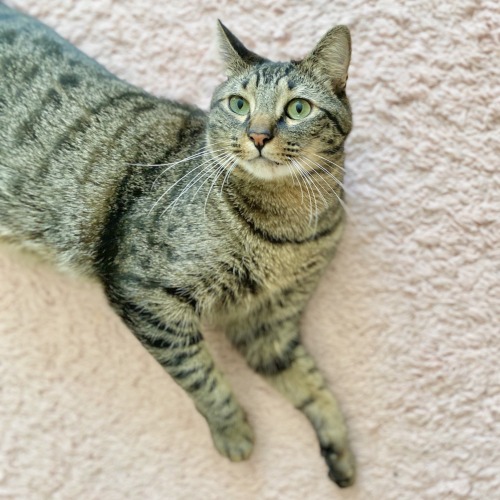 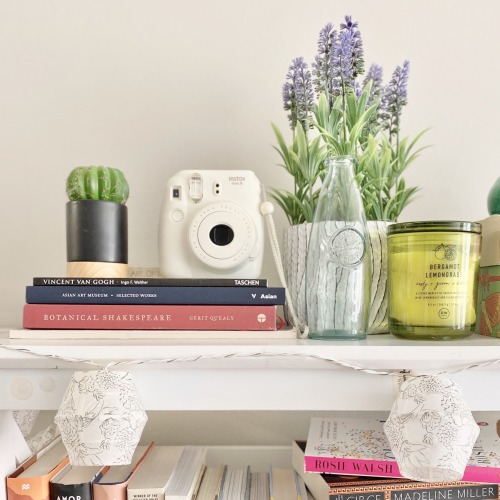 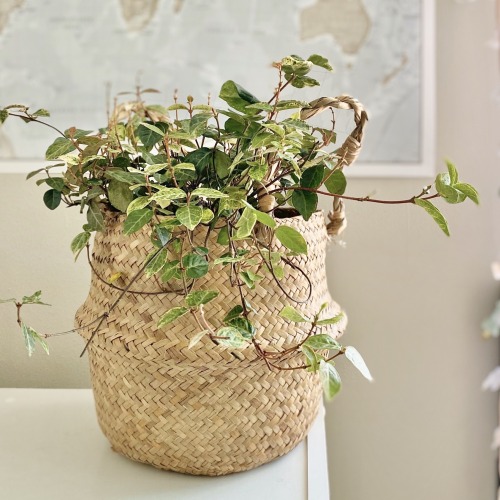 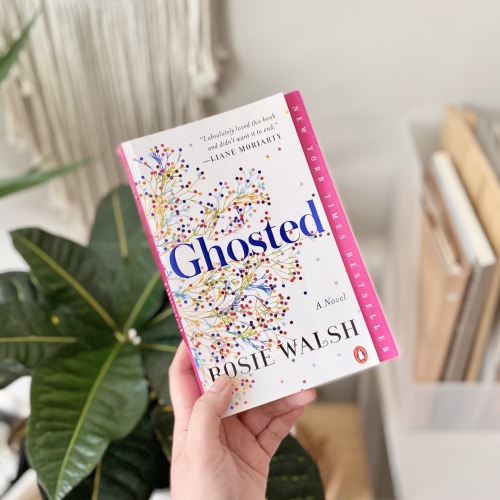 ❄️1/15/2021, Day 46 of the Winter Studying Challenge- Would you rather wear a winter jacket in the summer or a bathing suit in the winter?❄️

I would much rather wear a bathing suit in the winter because cold weather doesn’t really bother meand I genuinely get so irritated when I’m warm 😅 However, I have worn jackets during the summer because I like wear full coverage clothes. This is because I hate my body and it makes me uncomfortable to show any skin because of the way I was brought up, but I’m trying to break out of that bit by bit.

Sidenote: I have completed all of the assignments that are due for next week already and I just feel so good. It’s like crossing so much off my to-do list already and I’m so proud to say that I’m staying on top of everything and I pray it stays that way for the rest of the semester. I met my study group this morning just to discuss upcoming assignments and how we plan on tackling them and making sure everyone is prepared for the upcoming week(s). We are going to be so diligent about assignments from now on so there’s no way we don’t make it through this time. There are a LOT of repeat students and I’ve been told that every good nurse fails a level of this program at least once and they still become successful. THAT is what I’m using as my inspiration and I’m putting everything I’ve got into this semester even if it’s the death of me.

it has been e x t r e m e l y cold here recently and in my hometown we apparently had -40 C at one point so :|,,, i wanted to create this juxtaposition of both the warmth and cold i’ve been feeling this month 🤍 my gf warms my days even if the surrounding world is freezing 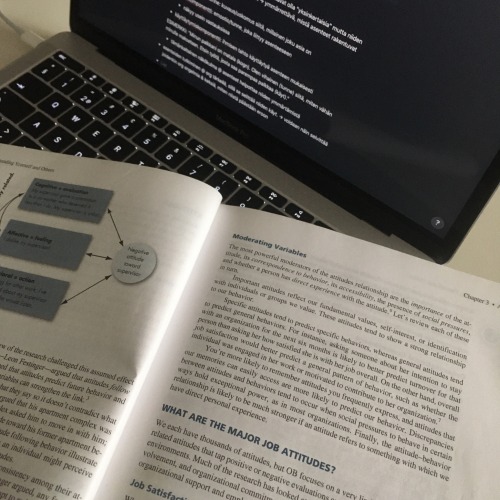 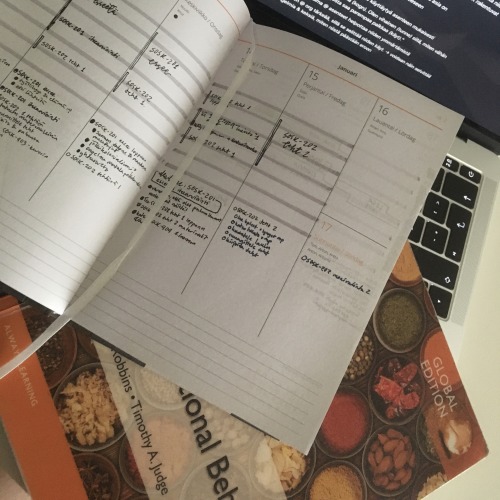 2021.01.15. the last couple of days have been pleasantly white here, let that be because of frost or snow, and I’m finally feeling like it’s winter!

I also have way too much stuff to do, presentations, studying, gift-making for my dad’s birthday. getting motivation to do all of that is also a challenge, most definitely 😂

it’s also the end of semester next week, but fortunately my teachers haven’t gone crazy over fix-it-tests to lift people’s grades last minute, which is a first in many years. I suppose that’s a good side of online learning!

🌻write “the quick brown fox jumps over the lazy dog”

🌻write whatever you want

🌻write who tagged you

☃️January 13th- Would you rather have an entire snow week off from school or an extra week of summer vacation?:

Hm… an extra snow week off from school! I really didn’t want to go back to school until next week, but hey, life happens and I made it through this week alive! 😅

☃️January 14th- What is your favourite winter outfit?:

I have a black turtle neck that I love to wear with high waisted light wash jeans, black boots, and this massive red coat that I thrifted that I absolutely adore! It looks exactly like Sabrina Spellman’s red coat in the show Chilling Adventures of Sabrina so you can have an idea of what that looks like. I always feel so suave and cool wearing this outfit!

Sidenote: I have never felt more tired in my life 😅 Class on Wednesday, January 13th, I spent on campus from 8 AM- 3 PM for the first day back to class and today, January 14th, I spent in WebEx meetings from 8 AM - 5 PM and it’s just been nonstop, but I have already accomplished so much!! My planner is completed filled and color coded for the ENTIRE semester! I have completed 4 going on 5 assignments (if you count the one I’m working on currently) and I have already scheduled 3 appointments for proctored tests and things that won’t happen until the next month! I genuinely am so commited to ensuring success this semester and I just hope it pays off. I’m working soooo differently from last semester and I think my new, revised attack plan for tackling the beast that is the nursing program is far more effective than my scattered brained attempt last semester because it was all so brand new. I didn’t know that I would’ve learned so much so quickly and one of those things being how to take NCLEX style tests, but now I know and I’m going to crush this semester! I meet tomorrow for my first study group of the semester and we have it planned to be every Friday at 9:00 AM (0900) in order to stay as ahead and prepared as possible so there’s no chance whatsoever that we will not succeed. I hope you’re all doing well in this new spring semester and I wish you all the most successful semester possible ❤️

A little introduction to 2021′s bujo! For those who have been following me a while–specifically before I took a huge break from bujo due to 2019-2020 shenanigans–you may remember I always name my journals after a flower. After the… wild ride that 2020 was, I thought that a flower symbolizing passion, integrity, and strength said a lot about where I am in my self-love and self-respect journey.

I hope to keep you guys updated with my journaling adventure! I may have taken a large hiatus from original content, but I never stopped journaling, and my bujos have chronicled a lot of changes and growth for me. 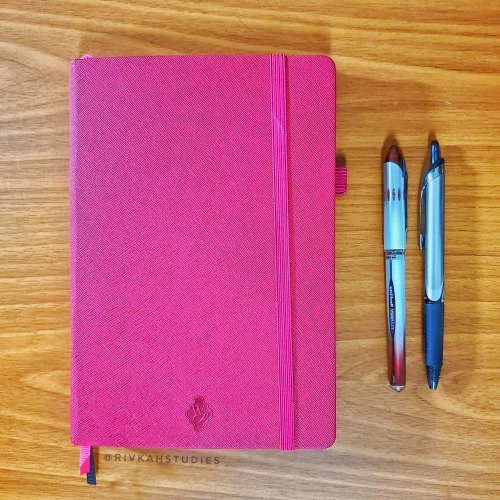 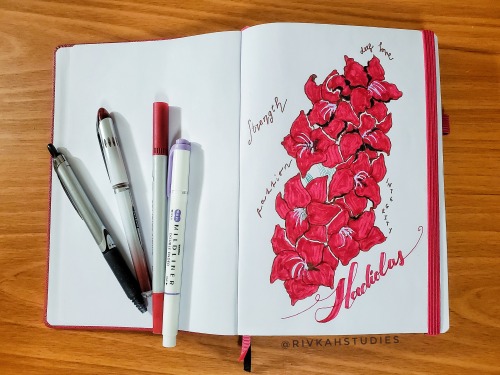 #also if you haven't noticed i am now watermarking my pictures because reposters make me sick!#rivkahstudies#bujo#bujospo#bujo inspo#studyspo#studyblr#bujoblr#gloomstudy#heypat#ohlooklily#myhoneststudyblr#athenastudying#pls reblog i'm rusty
66 notes
sienl
Photo

14.01.2021 Spend again way too much time watching YouTube, instead of actually working. Therefore, installed an extension which removes all the recommended videos. So glad I did, makes it easier to resist.