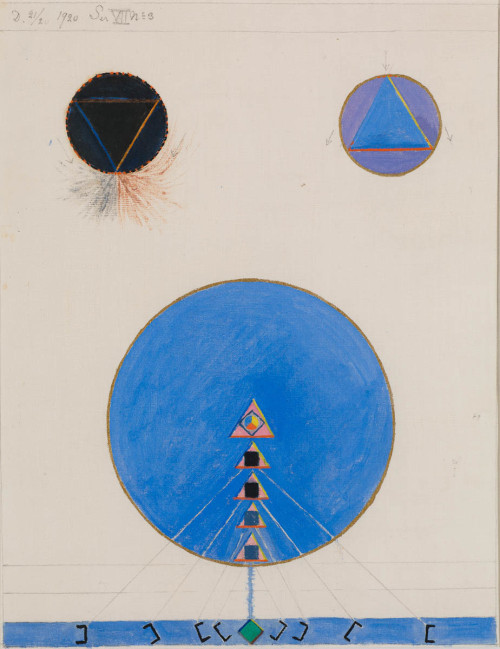 Before we can understand “something there” internally, one first needs to examine this inside, outside connection.  That which is inside and outside of us reflects each other.  That is, the rules we perceive in how they interact and exist independent from us.  It seems that all the objects inside of our bodies and those outside of our bodies are independent to us.  We do not cause their creation.  We do not interact with them.  Our insides interact with the outside.  Our “something there” inside each of us can be aware that a thought is created and this thought directs the muscle, the electrical signals to move our fingers, or any other body movements and thoughts.

The inside and outside are all deterministic which means every action, in theory, and every thought, can be determined and programmed in advance.  As well, the motion of each object inside and outside of us all have the same one cause.  Either the big bang, either a large computer in a simulation existence, or that at each moment in location there is a universal force that moves everything.  Like a snowglobe in which the shaking stirs up all the snowflakes that are inside the globe.  For us, this shaking is consistent and never stops.  From observing these snowflakes, just like we observe all objects inside and outside of us, we see their behaviors and motions as laws and scientific facts.

This “something there” seems not to be a part of these objects that are inside and outside of us.  It also seems that since the inside and outside reflect each other through their behaviors and actions, then it seems that the inside and outside are continuations of each other.  In other words, we have artificially created a border between the inside from the outside existence.  We desire to have beliefs, to see ourselves as being correct, right, and to live in an ordered world.  We search for patterns in a chaotic world.  We seek structure. We seek organisation.  This “something there” can be another extension and continuation of this desire for an ordered world.

So, is this “something there” a continuation of the inside, outside world, or is separate from it?

The Lost Religion of Jesus: Simple Living and Nonviolence in Early Christianity, by Keith Akers:
https://www.amazon.com/Lost-Religion-Jesus-Nonviolence-Christianity/dp/1930051263/ref=tmm_pap_swatch_0?_encoding=UTF8&qid=1586105021&sr=8-1 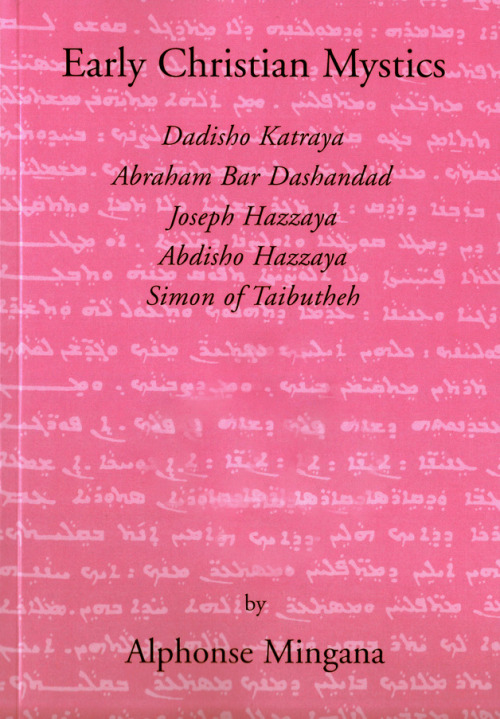 YOU ARE THE CHURCH

No matter where you are God is with you. No pandemic will change that. No government mandate will take that away from you. Be the change the world so desperately needs to see. Peace be with you.

#inner transformation, #mysticism, #spirituality, #wisdom, #quarantine, #you are the church, #be the change, #just be thankful, #luke 17:21, #kingdom of heaven, #god is within, #pray for everyone, #keep the faith, #love yourself
0 notes · See All
vortexstreetPhoto 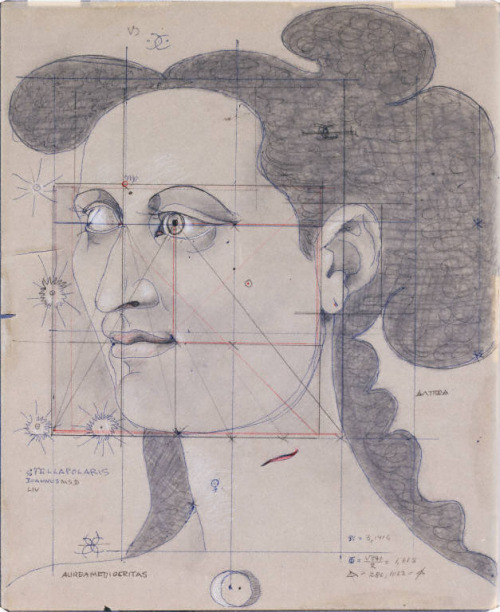 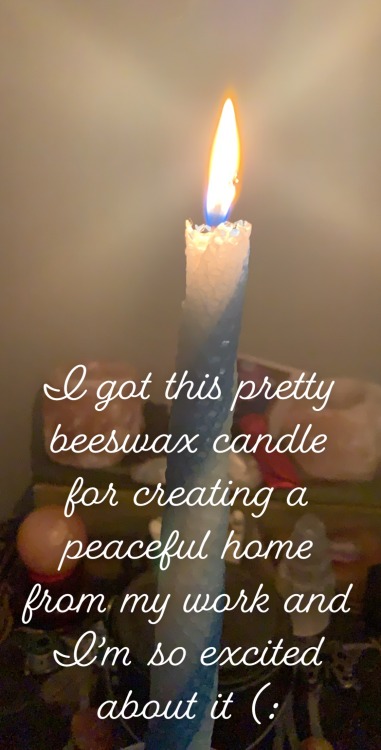 This is more or less a continuation of my reflections on where I am going in regards to spirituality. I’ll offer a very quick summary for those who stumble upon this post in isolation—after walking away from a Catholicism that seemed to fail to truly reflect the ideals of divine love, I began looking over various esoteric spiritual paths. Now I am eyeing a path on which I may settle as both a communicant and magician, or at least an appropriate basis for a personal path. There is one major question which I am asking myself anew. Who is God and what is divinity?

There are many reasons why people might question or reject the existence of God. Can there be a single all-powerful all-benevolent God? There seems to be so much that refutes that notion—especially if God is seen as some totally separate entity somewhere up in the sky who demands obedience. But even among Abrahamic believers that’s not right. I’ve mentioned before the panentheism of Isaac Luria, an influential historical Kabbalist. Basically, though God is a separate creator, in addition to being the very source of all being, God is also present within all things. Upon further basic reading I see some similarities to the general notion of all creation having divinity within. Of course, teasing out all the philosophical implications of panentheism is far beyond the scope of a personal journal entry from a simple random man on the Internet. I am no sage. I’m just a seeker of truth.

As a matter of fact, I came to understand why I started appropriating Kabbalah until I learned that it is in fact closed. I was afraid of abandoning the one God, betraying the Creator of all things visible and invisible, cutting myself off from the source and grounding of all being and all light and life and love, running away from the God who looks upon and reaches to all of humanity and all creation. Over the course of the ensuing reflections, I took another look at one of my Jewish books. It’s the same one that I mentioned previously, one written by Gershon Winkler—one that claims that historically Judaism had more in common with animism and shamanism than with what we know as organized religion.

I got one key insight. The wisdom of God is not only with the Hebrews but also in other tribes and nations. This was within a chapter saying in part that Judaism didn’t have a monopoly on “kosher sorcery”. Was that what I needed to understand all along? Did I need to understand that I did not have to stay within the general Abrahamic matrix? Was I to see that God is in fact present in all genuine spiritual paths and that they can all lead back to God, the Source, the All? I took another rough look over how Jews view followers of other religions. Even if Wikipedia should be regarded as introductory at best, I did get a sense that God, while having a special relationship with Israel, also has relations with followers of other religions and allows them to take part in redeeming the world.

While many of the criticisms of Abrahamic religions can be superficial, I can also see how the institutionalization of those religions can prop up oppressive social structures. I can see how that in turn leads many to reject all religions and leads others to seek esoteric paths. I’m part of the latter grouping. If my understanding is correct, would God still bless me even if I turned away from the Abrahamic matrix? Possibly. I still might be blessed and supported by the source that I described.

Where do I go from here? On which path do I now belong? Where will I be planted and start healing and growing?

From the beginning of new spiritual search, I have felt drawn the animism. Basically, animism is a philosophy of all natural things (and, to a lesser extent, beautifully crafted objects) having spirits or having divinity within them or being part of divinity. If that sounds incoherent, it may be because I’ve heard animism described as being less a religion than a very basic way of viewing earth and the invisible forces and a way of relating to them. A new desire for a renewed communion with earth steadily grew. So did a wish for new invisible friends and allies. Shamanism can be used as a general term to describe communion and work with spirits and energies. Even though a full-blown shaman is specially called, usually after a horrible trauma, to my understanding others people can still engage in similar skills. Many see the ancient Nordic religion as having elements of shamanism.

I’ve mentioned my own northern European heritage before. My maternal grandfather was all Norwegian-American—that’s a strong tell. It seems that I should lean mainly into that heritage for my own spiritual and magical practice. Given that the ancient Nordic religion is polytheistic, how am I to relate to them? How would I square that with the divine imprint on all things? Would the gods be the various facets of divinity under various names? Would the gods be archetypes for the human soul?

Yet there’s an interesting wrinkle that I’ve observed from pagans on the web. If my observation of their postings is correct, pagan deities aren’t simple overlords to be served. They are spiritual entities, like other spiritual entities, with whom humans have a kinship and a symbiotic (not servile) relationship. I can definitely see how that notion appeals to people who are turned off by organized religions. Furthermore, the earth itself has divinity as well. Divinity can manifest in all sorts of ways. I can see how that can lead people to see dignity in the earth, in animals, and in other people.

Perhaps I am meant to lean into the Northern tradition. Even if I don’t actively worship the gods as gods, I still might look to Odin and Freya as models. I would root my personal craft mainly in the Northern tradition, even if I also take on some other common contemporary practices too (ones that aren’t closed, grant you).

This has been a very heavy post to write, actually. Has it been edifying for you in any way? Whatever path you walk upon, I ask for many blessings from all the spirits and from all divinity to shower upon each one of you. 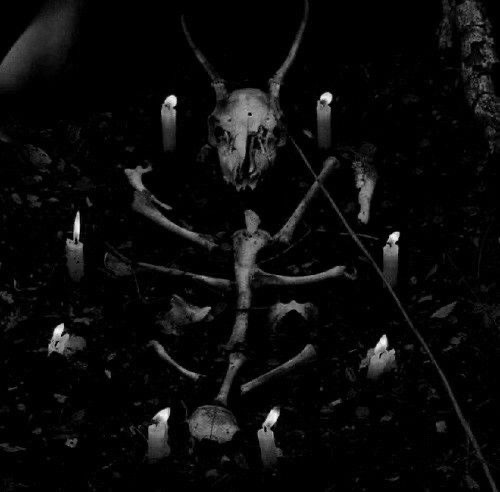 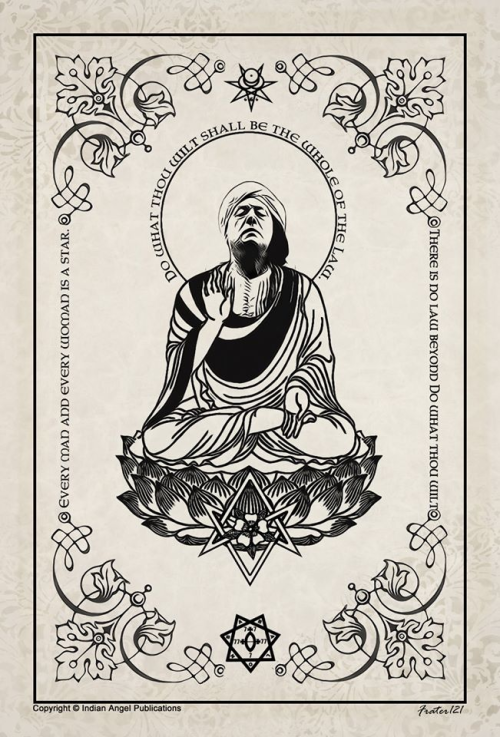 JUPITER PLUTO CONJUNCTION ♃ ♇ & 444 portal - 4/4/2020●○●○ { mass meditation 1045pm est} an intense period of rebirth. a quantum leap. a metamorphosis. the inundations of darkness are all building up to a new fusion of the polarities..

jupiter expands and pluto transforms. today and this year, our world is transforming on a quantum level. shifts are occurring within the archetypal building blocks of our reality, the platonic solids are morphing. the subtle planes are rife with alchemical processes, occurring in each moment & across all time.

pallas plays a big part in the new human template that is shifting into place now. pallas is about what we know without knowing and can teach without learning. it is our inner ingenuity and innate, instinctive wisdom. our gift of rational foresight and the ability to meld different thoughts into cohesive new ideas. pallas is free thinking, fearless, innovative. in love contexts she can represent unconventional sexuality & queerness, as well as powerful eccentricities. .

pallas has been in capricorn, influencing all of the action that has been occurring there this year, from Saturn-Pluto to the series of eclipses. so she has been working hard behind the scenes, and is beginning to manifest more obviously. everyone has a new idea. a new passion. a new perspective. new skills are waking up within our minds all across the human race. (notably most people are experiencing at least one of these- telepathy, collective awareness, synchronicity, deja vu, shamanic journey, dreamtime, intuitive hits visits from muse/guides, inspiration, prophetic dreams, waking visions, sudden desire to change an aspect of ones health or physical routines,) .

pallas conjunct jupiterpluto is awakening precise & complex qualities of knowing that lie dormant in our minds. our thoughts are transforming on a fundamental level. it is hard to put the power and depth of this transit into words. it is abstract and potent, all encompassing and intangible.

When the gods show up, They show up in big, expansive, undeniable ways that are all about Them. Everything about Their power being brought to bear in your favor positively reeks of Them, regardless of what you asked for. It’s so Them, even people who don’t know Them know it was Them, in particular, and no one else. They can’t confuse one for another because it’s so obviously NOT the other.