Akbaalia is a doctor/doctor’s that can cure physical and mental illnesses. it is also interpreted at “the one who heals”.

//Please message me if i have gotten something wrong/if there is anything i should add onto this post. i will gladly add/fix it//

“As firstborn son of Kronos, the world was his by birthright, and even if there’s a bit of a delay, everyone becomes his subject eventually” -Overly Sarcastic Productions

So that one frame of Hades in OSP’s last myth video,,,, it’s, uh, really good ajdkdsflk 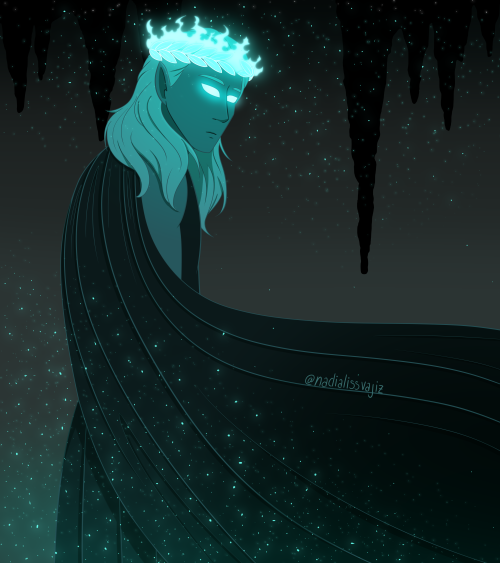 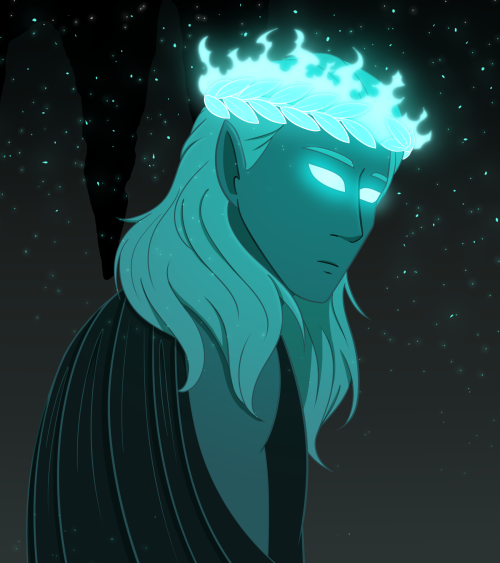 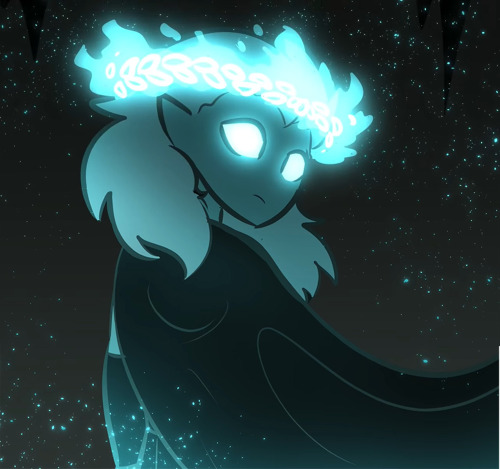 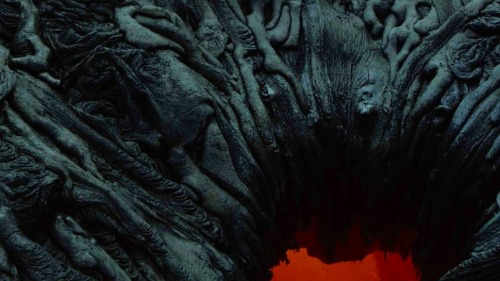 Fuck it, everyone’s revising Greek Mythology, so imma do it for Ares.

So, Ares, right? Giant dickhead God who even the other Olympians hate. The one God who Zeus, that shape-shifting rapist, says he can’t stand. Violent and dangerous, father of Fear and Terror. Everyone hates this guy. We should to. Right?

Or, maybe its more complicated than that.

When he was a boy, the legitimate son of Zeus and Hera, he was thrilled to become the God of War. To be the spear and shield of Olympus. To protect his family.

But time passes. Every soul that died passed through him. Their rage, their hate, their pain.

Even worse are the survivors. Those who go home with the screams of their comrades in their ears.

Ares became withdrawn. Quiet. The partying, fun-loving Olympians can’t understand it. Just let loose Ares! Have some fun! They don’t understand. Ares feels so very different from them. So separate. Alone. Suddenly he can’t walk among these shallow, empty things called Gods without remembering the hundreds of thousands butchered and worse. Killed in his name. Their name.

Aphrodite understands a bit. Love and war have more in common than one might think. He finds some comfort with her, and she with him, especially after that damned blacksmith held Hera captive and forced Aphrodite to marry him as ransom. For that alone Ares would tear apart his brother, if not for the will of Zeus.

Then, of course, she comes along.

Athena. His thrice damned half-sister. A brand new shiny War God, and this one also of Wisdom. A War God who is likeable, who the other Olympians can root for.

Resentment turns into something blacker, that borders on hate. Like that he is cast aside. The son and rightful heir of Zeus, cast aside like trash, for this owl bitch that sprung from his skull.

Well fine. They can have her.

Ares retreats farther from the Gods. More aloof, but this time by choice. More and more he keeps the company of mortals, not just the bright and shiny heroes that Athena likes. The common foot-slogging soldier. The man with a spear and fear in his heart. Eventually the only God he keeps consistent company of his Aphrodite and his children.

Ares will always be among mortals. As long as there are swords taken up against men Ares will be with them, not playing from the sidelines with the other Gods. Ares will give courage to the hopeless soldier, strength to the child, determined to defend his home.

When all other Gods have abandoned you, Ares will be there.

The spirit of artistic creation is to guide the living.

Symbolism is the language of scripture and ritual. The 8-pointed star symbol has long existed throughout the earliest civilizations, often carrying an underlying depth of hidden meanings and powerful symbols in different deeply rooted cultures.

To the Ancient Egyptians of the Old Kingdom, the eight-pointed star represented the eight primordial deities known as the Ogdoad. The Egyptians believed that the Ogdoad, four female gods and four male gods, each represented a primal force or element such as water, air, darkness or infinity. Together, they created the world and led to rise of the sun-god Ra, head of the Egyptian Pantheon and king of all the gods, who rose from the primordial waters of chaos.

In the Judeo-Christian traditions , the number eight frequently represented beginnings, resurrection, salvation, super-abundance and to an extent rebirth. This has to do, in part, with the fact that the number seven is a number of completion. The eighth day, for example, is the first day of a new seven-day week, and a Jewish child enters into God’s Covenant on the eighth day of life via circumcision. The symbol also stood for the pursuit of completeness and renewal towards divinity when the octagram was accompanied with a circle within, such as in the seal of Melchizedek, king of Salem and Priest of Elyon (meaning God the Most High).

The most arguably oldest depiction of such divinity goes back to the time of Ancient Mesopotamians who symbolized the supreme god Anu, the divine personification of the sky, head of the Mesopotamian pantheon, and ancestor of all deities in ancient Mesopotamian religion, with an 8 pointed cuneiform logo-syllable (𒀭), almost identical to the 8-pointed star, and strongly hinting similar links to the world-creation myth of ancient Egyptians.

Buddhists also use an eight-spoked wheel to represent the Eightfold Path taught by the Buddha as a means to escape suffering through the breaking of attachments. These paths are right view, right intention, right speech, right action, right livelihood, right effort, right mindfulness, and right concentration; in order to achieve enlightenment and to ultimately reach nirvana.

For the Muslim Sufists, the octagram, -with four of it’s points pointed inwards- represent the Sufi spiritual states of qabd and bast (contraction and expansion). Expansion has all points directed outward, while the opposite goes of contraction state. The duality of both states through esoteric teachings and spiritual breathing techniques have led many Sufis into a state of divine bliss, love and nearness to the inner God, a concept that appears in parallel with judeo-christian beliefs and the enlightenment element of Buddhists.

So where does this all stand? What’s the synthesis? My personal view of this symbol, is that it is a reminder for seeking esoteric enlightenment, and ultimately discovering one’s inner divine; through dualistic forces, of light and darkness, in the form of ‘phoenix’ that experiences rebirth constantly and rises from the ashes multiple times. The octagram is the legacy of various ancestors who succeeded at achieving spiritual and everlasting transcendence beyond bodily limits, paving the way to a higher consciousness; a metaphysical meta-entity, an invincible deity. The octagram is a beacon of hope, a reminder of better days, an inspiration for the human psyche, a memento of the subtle truth laying in the deepest fabrics of a reality which most of us spend a lifetime barely scratching the surface of buried truths.

Sculpting Myth: Hugin and Munin by US-American artist Aric Jorn. More of his work on his Etsy store

Hugin and Munin. The pair of ravens who served none other than Odin, the All Father, himself. They were sent out each day to fly around Midgard (Earth) and report back on the events of the world.

The Judgement of Paris by Marcantonio Raimondi (1510-20) 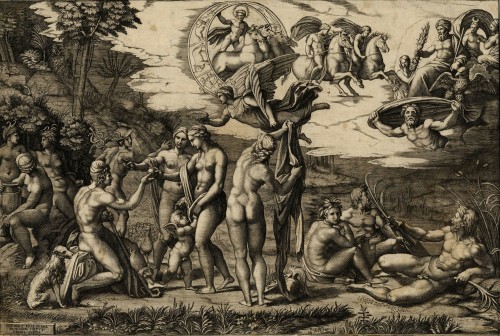 there are so many warning words
regarding the fall of Icarus

but no poems of the timid souls
who stood with feet rooted into the soil,

falling from no height.

Apollo: I just don’t understand why you don’t like musicals.

Ares: It’s not musicals I dislike, it’s the fact that it lacks logic.

Ares: Ok, we’re all in a musical and we start singing. How the hell do we all know the lyrics to the chorus?!

Hermes: He has a point.

Ares: And we all know the dance to this improvised song?

Apollo: I’m not talking to you guys anymore.

The Columbia River Sand Squink is a fearsome critter from the folklore of North American lumberjacks. Said to live exclusively in the mountains of the State of Washington, it has been described as having the body of a coyote, patterned like a bobcat, with the tail of a squirrel and the ears of a jackrabbit.

The critter comes down from the mountains after dark to fish in the rivers. It is particularly fond of electric eels. The Columbia River Sand Squink appears to be a monotreme, as it is said to lay eggs rather than giving birth to live young. 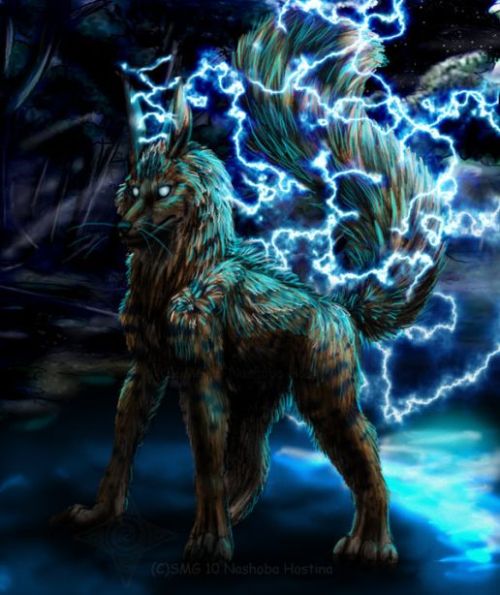 Once upon a time, the berries of the mulberry tree were white as snow. The change in their color was the result of a tragic love story.

I have a sneaking suspicion that the mailman isn’t human. He just looks so… unworldly. You said that you didn’t notice anything off, but I see it. His hair is a bit too straight, and his eyes are a little too knowing. Just who are you, mailman? I’ll figure out your secrets.

I’ve recently made some Character for various of project, I wanted to show you some.
Here’s Athena from Little Medusa.

I wanted to take some liberty with her character, in term of looks and personality. She’s still the goddess of Wisdom and Strategical War, but she’s also a bit bad tempered sometimes. That said, since the other gods doesn’t really listen to her advice, who could actually be really useful, she has the best reason to be angry.
Also, she have a bit of a Napoleon kind of complex, being a bit small. But don’t underestimate her power, she’s a goddess after all.

Character’s Design and artwork © Me 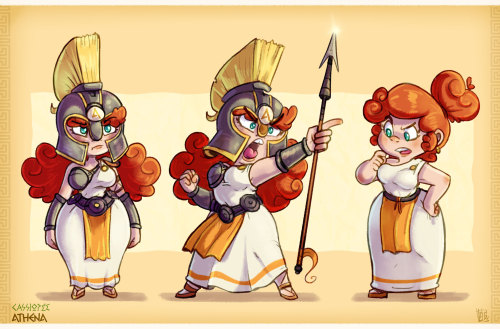 Dionysus: dam, no need to be a beach about it!

Apollo: anywaves, looks like it’s time to go *runs for his life*

And yet, somehow, it was the second highest grossing film of 2006. Yes, Tom Hanks had managed to pull the all-too-convenient plot and the he’s-cracked-the-code zoom-ins through to blockbuster success. All the while discovering the final resting place of the Holy Grail.

But what Hanks managed to do in 174 minutes barely broke the surface of the deep (and often dark) history of legendary relics.

Across the world, stories of mythical and magical artefacts are being told. These ancient pieces of our past have been touched, worn, and used by the religious figures that shaped global movements.

Whether these objects ever existed has always been called into question. But there are some stories that add up. There are some discoveries which fit the narrative. There are some things - real things - which can be traced back all the way to the defining figures in our history.

The Da Vinci Code has next to no basis in reality. But the one thing Dan Brown gets right is this:

The real hunt for the Holy Grail is a story worth telling.

Today we explore the supernatural relics that might just exist - and trace them back to where you might be able to find them.