Mr. Gnome and the gardenfolk select a bedtime story 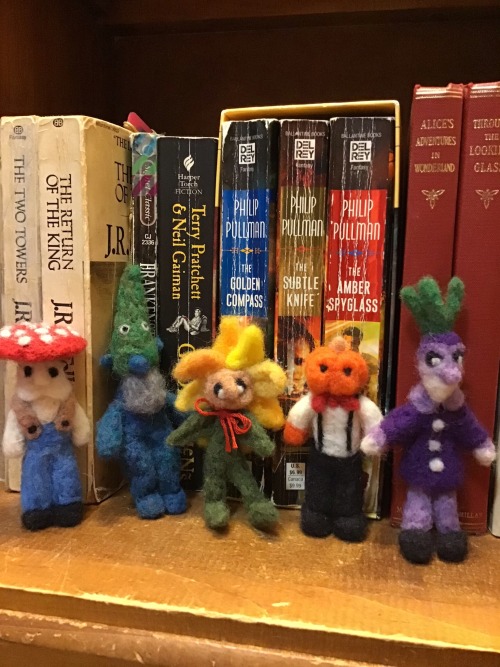 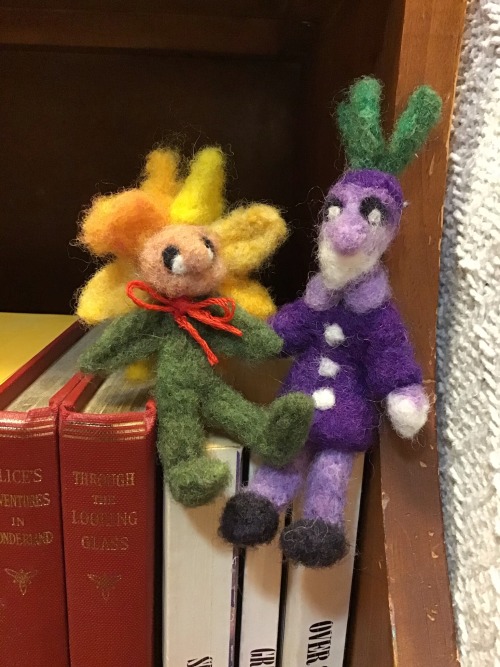 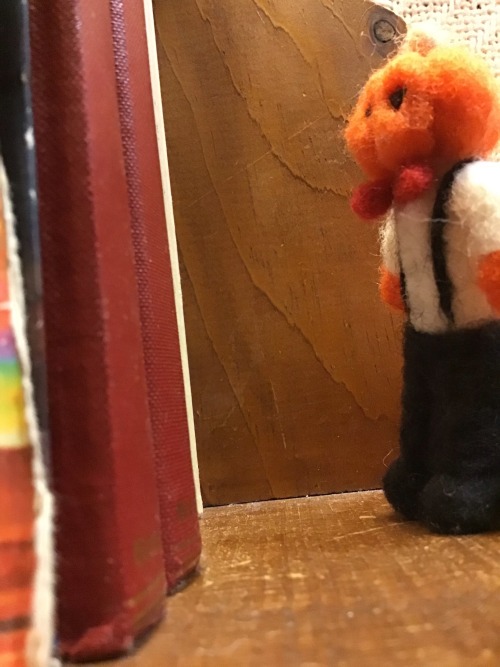 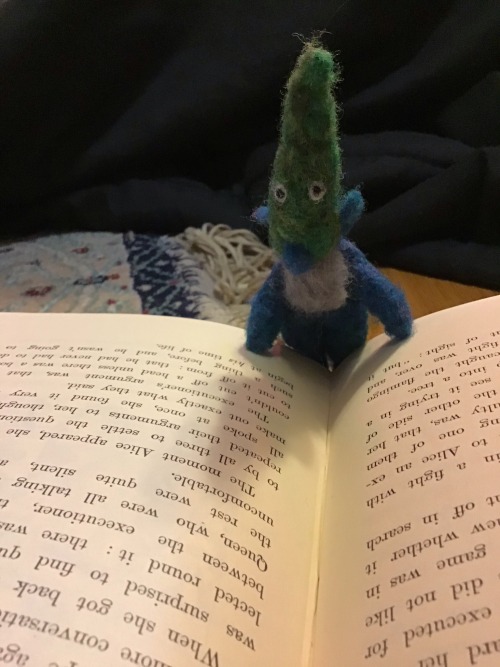 If you’re shopping for artwork this holiday season, I have some great pieces available through Haven Gallery Gallery 1988 and POP Gallery Santa Fe! Please reach out if you’d like more info on any of these sculptures! 💖💖💖

TIME TO STAB SOME WOOL WITH A NEEDLE

LGBTQ+ Pride Lions are in my etsy shop now! Link to my shop here!

My shop is currently running a sale for 10% off $3+ and 20% off $15+ until the end of this Monday. There is also only one of each lion stocked so grab them quickly! 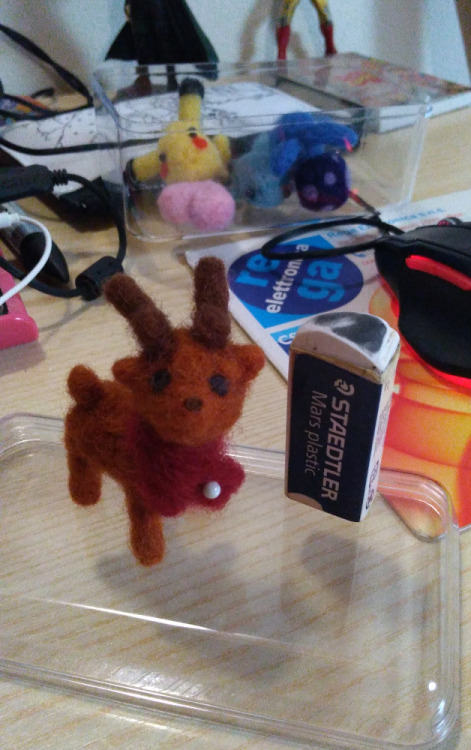 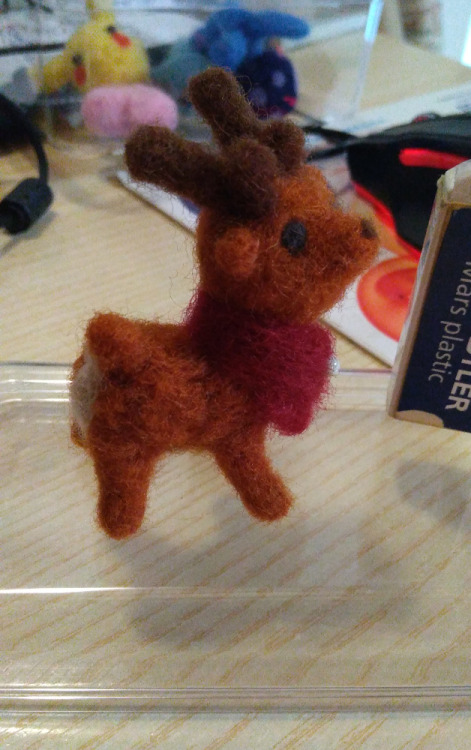 #felting, #needle felting, #reindeer plush, #sgorbietto, #i should start to do this stuff again, #it was fun, #but it requires a patience i don't have rn ^^'
25 notes · See All
inthefeltText

So… at some point earlier this year, I restarted this little thing. I kept having too much trouble with keeping the winglets shaped correctly and not collapsing. This time I made a silicone putty mold from a cardboard pattern (made using one of the vinyl collectables) and felted 8 new winglets from that, so they’re wool all the way through. … they’re still really difficult to keep in proper shape, as every time I work with this particular core wool, it takes numerous tries to get it to firm up and not become a useless pile of mush. Sigh. The pile of failed attempts at a base form for whatever I was trying to make because it just didn’t stay firm is unreal. The core here is still made over a styrofoam ball, so that’s at least sturdy. 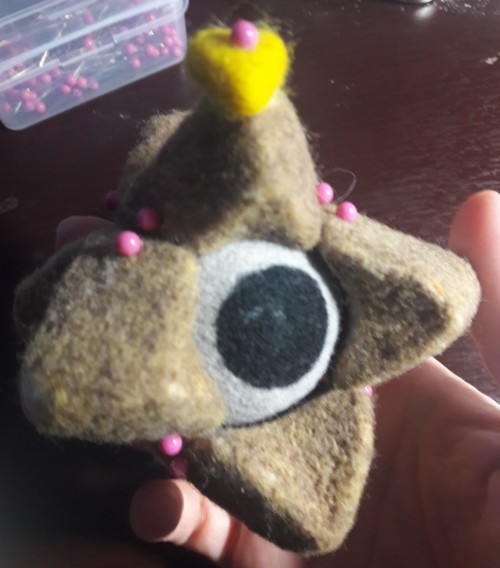 I made a baby mouse in a walnut shell😭🐭

This little friend took me so long aaaaa I love him. I’m feeling Christmas-y already ^-^

I made him semi posable, with his neck, limbs and torso being about to move -ish. My next plan is a giraffe

So when I get angry or just generally speaking very emotional, I needle felt cos I used to hit things and I think that needle felting is a nice fix for that as it’s just repeatedly stabbing some felt over and over untill it becomes something beautiful.

I started my first project when my Dean broke up with Cas. I had litrally ever done it before and this is what I got! I love it so much! (I’m planning on taking pictures later in n the week. Also you can tell Cas was the first one I made)

Buuut, the ending of Supernatural got me so fucking angry that I started something quite big, that I haven’t finished yet, a Dean plush! Why Dean and not Cas when I love Cas so fuckin much? Because I’ll be cosplaying as Cas and my mother is found as Baby to a con next year that got cancelled due to Covid and I thought it’d be cute to have a tiny Dean plush for us both to hold.

Why am I posting about this? Well ya see… I didn’t tell my mother who it was, she just made a joke. I had the legs and body done (he looked like a dead among us character) and I took a brake. I come back and she is just lookin at it and gose “It’s Dean” and I go “huh? On yeah it is but why did you know it’s just legs?”

I had the needle sticking out his back!

Needle felting is so funny like. Lemme stab something into being

oh no, Lavender is the type to throw objects off flat surfaces 😱

Hes a little funny looking but he’s my first ever needle felting project :)

For sale, link in reblog 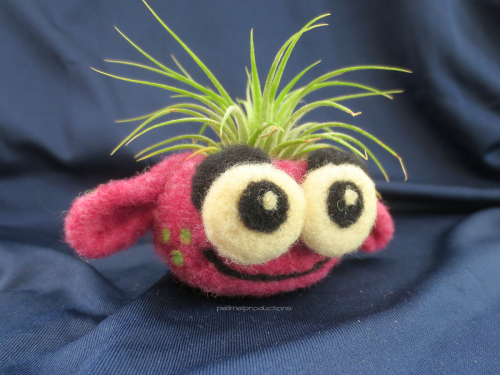 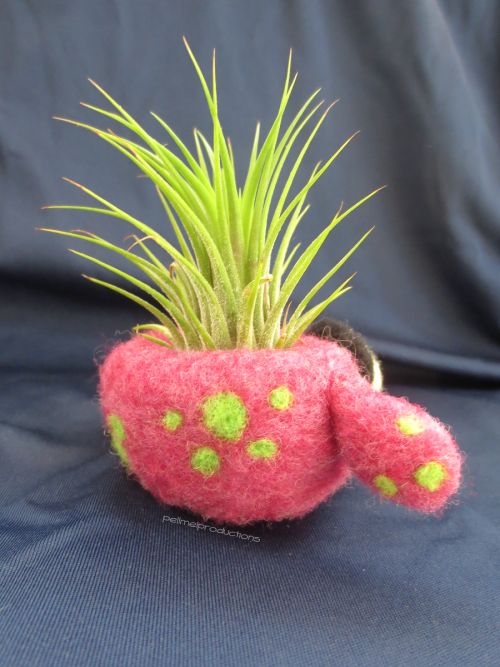 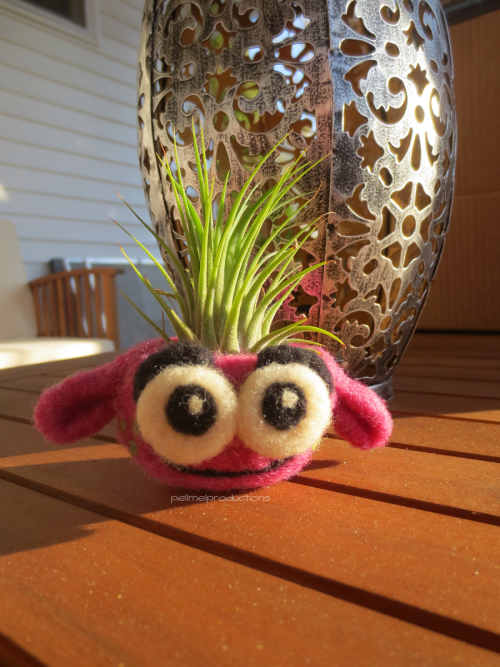 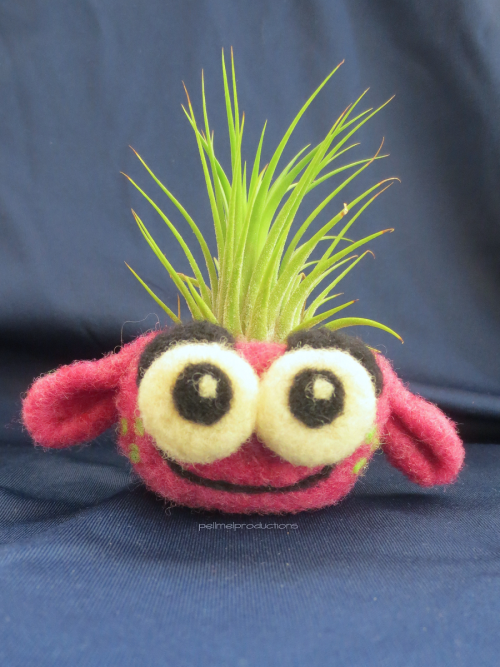 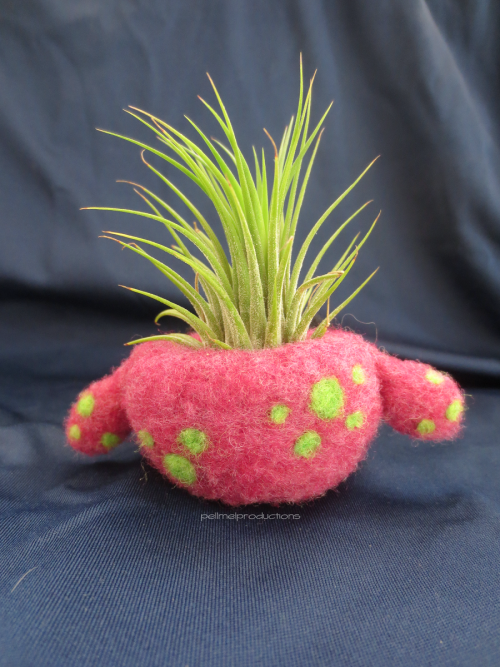 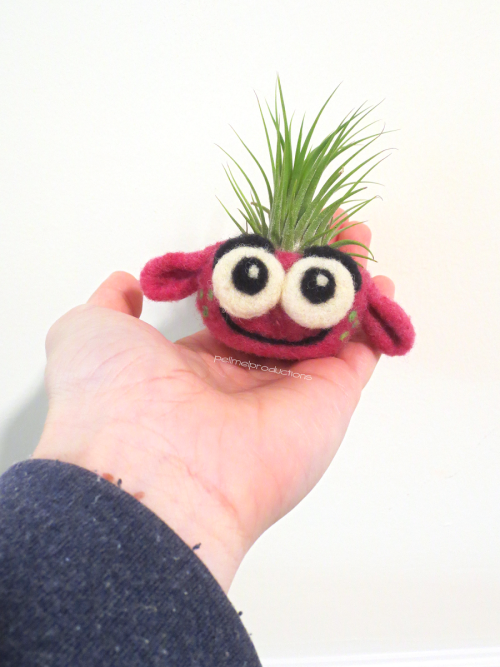 Most of my LGBTQ+ items are customizable as any flag you would like!

Link to my shop here!

People can be rude as hell. 🙄

I needle felted my favorite candy prince! Might do Marshall Lee next 👀