a Fire-ey villain in a red dress

Neo: *kisses Roman* And no, we’re child free by choice. Neither of us really want kids, we’d rather focus on our careers and each other.

Neo: And as for most people not shipping me and Roman? Well I don’t really care that much. Ship and let ship after all. I only mind when it bleeds into my real life and have people telling me to leave Roman or, and I quote, “Come step on my face.” Like dude. Fucking No. I am not your waifu, I will never step on you, and I will never like you. Ever. Period. Full, fucking, stop. LEAVE ME ALONE!

Oscar: That whole part where I was just “suddenly totally ok with all the shit I’d been through.” And it all happened off screen.

Jimmy: When I shot Oscar. Like, I wouldn’t shoot Arthur, but I’d shoot a kid? The fuck?

Clover: Me turning on Qrow and all them. Like… it just felt wrong for my character honestly.

Neo: *sniffles* I did my best.

Jimmy: No! No no! We don’t blame you! We know you did all you could! You’re an awesome writer!

Oscar: Yeah! You’re super awesome and we know you did your absolute best to do our characters justice!

Clover: Yeah! You’re probably one of the best writers we’ve got Neo!

It’s a little late, but happy PSIC Week 2020! Hopefully I can keep track of the other prompts; school’s been exhausting lately ^^;

Hair Color: Black and Red. The length goes to his nape and his layered. The tips alternate from red to black and has a right swooped bang like his parents in their earlier days.

Weapon:Wilted Rose- a sleek scythe made with the ore found in the grimm territory. The pole is extremely durable and the blade gleams an intense white that mirrors the shattered moon above. The unknown metal is extremely durable and able to carve its way through the thickest day of objects. The scythe is unnaturally heavy and has no further transformations or attachments.

Semblance:Decompose- Dustin can create vine with sharp thorns and dead black roses that he can control freely. Getting tangled by the plants drains the person of their stamina and strengthens the vines; making the roses bloom. The stolen stamina can be used to rejuvenate others. Inhaling the pollen of a bloomed black rose causes intense pain and drains the victim further, significantly causing them to use up more aura than usual.

Goal:Tear down the peace in Remnant while crushing his family.

Notable things: His main fashion choice is loose, black leather pants and a sleeveless red t-shirt that has a black thorn pattern. His black boots have silver buckles on the side. The outfit is typically covered by the black tattered hood he wears. It’s about the only thing he has in common with Ruby. His chiseled body has multiple faded scars. Fingerless gloves are his thing. His appearance makes it harder for various people to fight him without thinking of his parents. Dustin’s silver eyes resemble clouded mirrors because of his constant negative state, rendering them useless against grimm.

Bio:The first born child of Ruby Rose and Jaune Arc. A life of love and virtue was robbed from this young man from the beginning when he was delivered by a Neo in disguise and then promptly stolen to Cinder. Thanks to that, Dustin has only known the never ending struggle between the two groups and his own existence. His desire to be with his birth family died when he discovered they had eventually presumed him dead and moved on; giving birth to an additional child. Pinning turned to an obsessive want to see them disposed of and he quickly became accustomed to the mothers raising him. Go as far to hunt down and kill those who crossed them in the past. His hate grew more with the discovery of a third child during his first meeting with his real mother; only strengthening his resolve to choke out a peaceful society he never got a chance to live in. Dustin patiently waits with Cinder for all the pieces of the chess board to be in the proper position before executing the plan that’s been two decades in the making. Despite what he says or does, he has particular emotions towards Carmine specifically in the way Cinder is drawn to Ruby. Always one to create chaos, Dustin takes after Neo and draws the line at actively harming children. Grimm and criminals he catches messing with them get cut down without question. A quality Cinder can’t purge from a child who also cried for escape from evil so long ago. Even a wilted Rose is a Rose nonetheless. A trait she finds rather appealing since it grew in her garden. 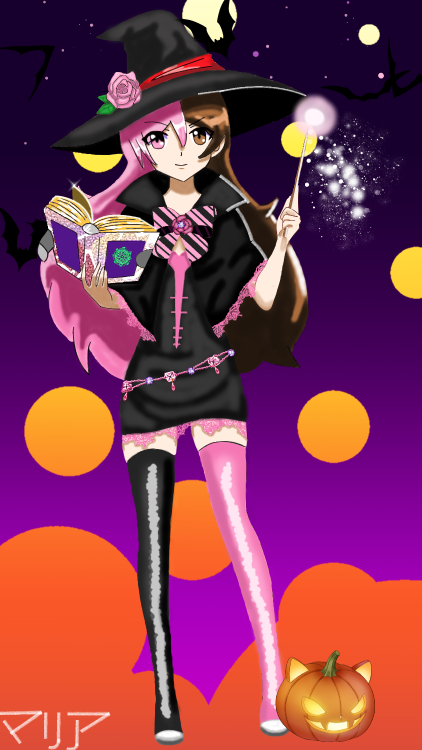 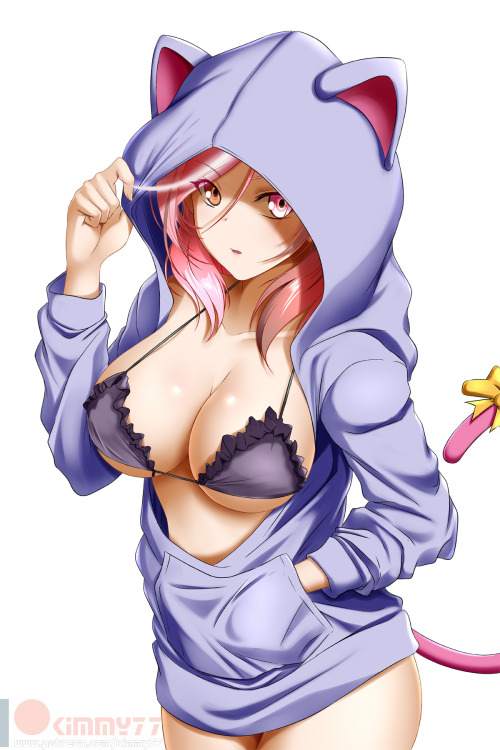 I wonder if you remember Panty and Stocking with Garterbelt..?
Because I do. So here’s my ice-cream girl as Stocking!

I have no shame. NOW, who wants to see Cinder as Panty? Just kidding… unless..? 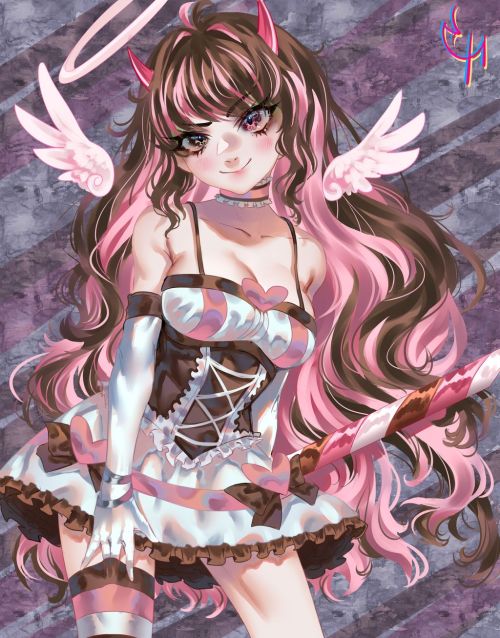 #neo politan, #rwby, #monty oum, #Rooster Teeth
11 notes · See All
niaobolidanText
#rwby, #neopolitan, #尼奥波莉丹, #edit, #动画, #neo politan, #neo, #no one should have so much power of gelatine shapeshifting, #the quality is really poor cause i needed a very little icon for my blog theme. the bigger pic messes up with the link list -_-, #that's my last edit i swear
0 notes · See All
scentedromancandlesText

#please hat in time modders pls, #a hat in time, #rwby, #roman torchwick, #neo politan, #neopolitan, #hat kid, #rwby fanart, #froyo, #chaotic sibs, #idk if this will end up in tags bc of links
24 notes · See All
niaobolidanText
#rwby, #neopolitan, #尼奥波莉丹, #edit, #动画, #neo politan, #rwby neo, #neo, #she'll kick that cupcake in your face, #looks like it's pumpkin flavored, #THAT'S NOT A WAFFLE ROLL THAT'S A WAFFLE CANE!!!, #new headcanon: after beeing eaten by a griffon roman discovered his true semblance, #and that's... the sound of drums... transforming into a pumpkin cupcake! (with a waffle cane!), #who needs deep pockets anyway, #let fiona take that, #we live only in cupcake dimensions
1 notes · See All
faline-cat444Photo

One of the new items this DLC round provided 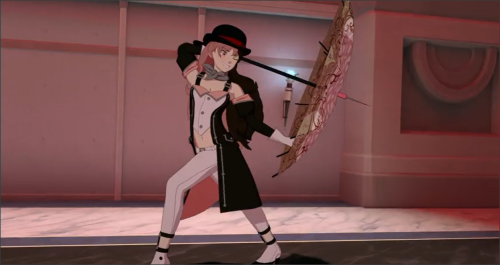 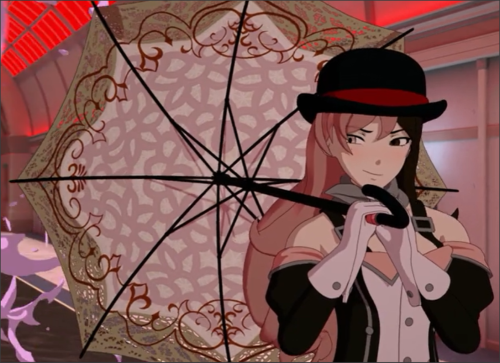 Neo: Whenever someone gets suffocated with a pillow in a movie it seems like they give up way too easily. I can hold my breath longer than they can stand having a cushion touch their nose.

Neo: you only have to give the right of way to pedestrians if they’re hot

Roman: Is Neo still mad at me for laughing at her?

Roman: The one word answer makes it more terrifying

Banesaw: When I piss her off she makes a sim that looks like me and makes him die hilariously. She made a sim of you and tortured him to death for Twitch views.

Roman: that sounds close enough to forgiveness for me

#rwby, #cartoons, #rooster teeth, #funny, #shitpost, #roman torchwick, #froyo, #neo politan, #neo had been showing off her expensive stormproof umbrella then it got turned inside out, #roman suggested she should get her $300 back, #neo did not find it very funny
8 notes · See All
astoria00Text

Ruby: *following Neo* So… where are we going?

Neo: *stopping for a moment before gesturing to weapons shop*

Ruby: *hesitating* Why are we coming here?

Neo: *smirking and walking past the window*

Ruby: *continuing to follow Neo* You really dont talk- *stopping as they saw their reflection, looking less feminine and more androgynous* I… what happened to me?

Neo: *touching Ruby and using her semblance to show the change*

Neo: *shrugging and making herself looking like a girl again*

Ruby: So this… apprenticeship… you just want to help me?

Neo: *hesitating for a moment before signing*

Ruby: Let’s see where things go before getting too worried. And your secret is safe with me.

Neo: *beaming and grabbing Ruby’s hand, dragging them off*

Ruby: *yelping* Where are we going now?!

I wanna start writing out song analysis of RWBY because there’s so much.

Neo: Don’t be psycho; be a sociopath like everyone else.