Here’s a drawing I did of Chase Devineaux from Carmen Sandiego. He’s my favorite character from the show and I love him a lot! 💙

I will wait for you whatever you do

How to Save Netflix’s Winx Club

So, we all know that people are upset about Netflix’s “Fate: The Winx Saga”, especially the fans of the original Winx Club. I can say this because, well, I am a fan of the original. A big one. Now, I have not seen Netflix’s show because of all the major issues surrounding it (the white washing, and the seemingly arbitrary removal of main characters to name a few) and I refuse to support it with my viewing. That being said, I get the gist; it’s a Riverdale angsty reboot.

I’m not going to say that nobody wanted this. Angsty reboots have their place. It might have even been good. It’s just that this could have been so much more. The Winx Club series was angsty at times but it was always shown through bright colours, glitter, and persevering, healthy, female friendship. It drew a strong, compelling contrast to what was going on. You can still have girly girls covered in glitter fighting the epic forces of evil. Those same girls can like and support each other too and they don’t have to earn this by starting with animosity. It can just be there from the start. The original Winx was badass. It’s insulting that female power being shown in an extreme feminine way cannot be badass in 2021 when it could be in 2004.

So, where do we go from here? How can we bring the light back to this dark world Netflix created? Well, the colourful Winx girls from the original cartoon could bring life into anything but Netflix has made the Fate girls fundamentally different characters that are Winx by names only. So, I don’t think it can be saved that way. It would be random to suddenly have them transform into full out fairies (although with some clever writing it could be done but the problem of the angsty characters remains). So, as you may be thinking, I’ve added nothing to the conversation so far. Well let me change that.

Each season (or group of seasons) is a different ‘take’ on the Winx Club Intellectual Property (IP).

So, Fate is just one interpretation. The angsty interpretation. The series could evolve to have each season be completely different from the next in terms of plot structure and everything. So, the next season could be the show we actually wanted. “Choice: The Winx Saga” could be the next title. They could re-cast it properly, have all the original characters, bring the glitter and the plot from seasons 1-3! Then after they gave the fans what they wanted, they could do what they want with the IP.

Let me know what shows you think they could make with the IP!

I chose the name ‘Choices’ because the girls consistently make the choice to be kind, strong, supportive and brave, in the face of extreme uncertainty. Plus, ‘Choice’ is the opposite of Fate hehe….

Watch “The Queens Gambit” if you haven’t. It’s available on Netflix

Thank you so much, anon ♥️. I am okay— just spent a few days visiting family— and know this choice is the best for everyone.

There will always be bullies. There will always be people full of hate. Normally I stand by ground and ignore, but this got so serious and widespread, tool such a toll on my health, went in for so long I realized in this case, doing the best thing for my well being was sticking up.

I’m still a little sad, and I’ll miss posting, but for now I’m already feeling better having made the decision.

Apologizes it took me so long to get back to you— I was on a roadtrip visiting family and had spotty seevice!

It makes me so happy to hear my posts brought you joy, and I’m sorry there won’t be new ones— at least for quite some time. My blogs won’t be deleted, though, and DMs are still open! I’m mostly avoiding being active on my main page to avoid continuing the situation.

Thank you so much for your kindness— it means a lot ♥️. As bittersweet as it feels, I know it’s the right choice for everyone’s well being. 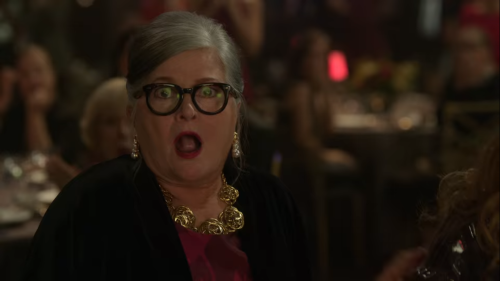 It is good! I am recently hooked with Historical Nobility, Royal romance or mainly 18th century era, this day may be it in Novel, Manga, Manhwa, series and movies.

But this series is not only around the romance between the Duke and Daphne(which are the Main Characters) but also deals with other problems(not going to mention it all you can watch it :D) but i really like how you will think who is Miss Whistledown. Hahaha

I recommend it to people who are into romance :D I also plan to read the Novel Series but i dunno. By the way the Novel Series is The bridgertons by Julia Quinn. It has 8 books featuring each bridgerton children. So it is pretty long so i dont know if i have the diligence to read it all haha