Just some manips ive made for my fics :-)

Just some fics im working on… :-) hope you like them

What if dumbledore had security cameras instead of prefects patrol? I’m sure it would be more efficient

I know they can’t have muggle technologies but what if??

Luna Lovegood and Neville Longbottom are so unproblematic and I love them for it.

idk why people question why the nervous and fearful characters tend to be in gryffindor. if you’re scared of everything around you, you never stop being brave. neville and peter pettigrew and ben copper are constantly coming face to face with situations that terrify them, but they keep up with their friends and they hardly ever let it trip them up.

to me, they’re the mosy courageous of them all.

We love Neville here! He’s definitely got one of the best character arcs in the story and teaches an important lesson on believing in yourself. Come and join our community of Potterheads, over at https://discord.gg/jqdhXk6, we’d love to have you! 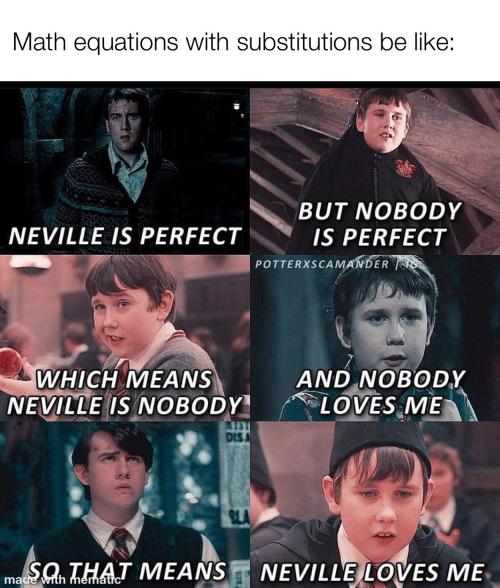 Can someone please tell me how I stop simping over bloody Harry Potter characters please, here’s the current list:

Y'all some shit is going down in my DR.

So, me and Neville were trying to get the bathroom clean for the monthly room inspection that happens because someone was caught with a shit ton of weed. I was already done with my cleaning and Nev found me with my Niffler distraught and worried. He explained the situation, I put Sir James the Insatiable down and proceed to help my poor boyfriend.

We’re almost done when Seamus and Dean come into the room and lock the door, then cast a few charms, all while me and Neville are organizing the catastrophic shampoo bottle situation for their showers. And all we hear is just Seamus saying, and I quote;

So, me being the prick that I am, I flag down Nev and notify him about his roommates. And then I crack some dumb joke about us doing the same thing because the full moon was mere days away and well, the wolf inside me needed a mate and literally anyone would quell the every growing ache in my soul, but I’m a loyal boyfriend and waited for a chance with just me and him alone.

One us us laughed just a bit too loud or something gave us away because there was a thump on the hardwood floors of the bedroom and then the other boys desparetly scrambling to get pants on. Seamus poked his head into the bathroom to see me, who at this point had unbuttoned my shirt, and Neville leaning against the newly clean sink. He just deflated, all the pride he harbored was just gone. Awkwardly just left the room, probably to either jump head first off the astronomy tower or wait this out in the common room, I didn’t see him before I came back.

Seamus asked how long we were here for, I answered with a cryptic 'long enough’. Neville apologized for overhearing and tried to get me out of the situation as fast as possible.

To make it worse and/or better, Harry and Ron walked into Seamus trying to explain that no, him and Dean weren’t fucking even though they very much were, me laughing my ass off as some of the exuses and Neville, who was sick of me egging him on and profusely apologizing. Harry was clueless about the Deamus situation to begin with even though, according to Ron they have been sleeping in the same bed for X amount of years, I didn’t catch it and Harry was just like 'ooh I just thought it was a body heat thing.’ Ron then looked at him and went to say something before stopping himself. There may be something there

This is when I had to leave, so I didn’t quite get to hear the end of it, but when I go back, I’ll update y'all on what happened after.

I love my boys but this is just a mess

The Silly Love Songs mini-fest has been revealed!

I am proud to share the marvelous stories and gorgeous artwork by these talented authors and artists. Thank you to everyone who participated and supported!

Summary: Luna has an issue with some invasive vines in her garden. Neville is really the only one who can help her out.

When music is magic by ArwenHermione

Summary: What if some of your favourite HP characters went to Muggle university instead? What if, while there, they were subjected to typical turn-of-the-century boyband music?

To Be With You by Blessedindeed

Summary: Her ability to show forgiveness intrigues him. Draco finds he has a soft spot for Hermione.

This Beauty By My Side by Amarillis39

Summary: "But as he watched her glide through the crowd, he decided he would take every second she would give him. Worthy or not, he was still a selfish git.“

It’s another stuffy gala at the Ministry and Draco is overcome with conflicting feelings as he watches Hermione in her element.

Drowning In The Deep by KazOfScotland

Summary: Remus would do anything for his love, but the one thing his love desires, is the one that he won’t do. He won’t end Sirius’ life or allow Sirius to end it if he can help it.

Sirius has been having a bad few days with his depression and in the midst of sobs he asks Remus to end his suffering.

Sometimes When We Touch by sodamnrad

Summary: What if Hermione and Draco were dating when he took the Dark Mark?

Summary: A moodboard based on a song prompt featuring my OTP Wolfstar.

Time to Spare by Willowfairy

Summary: Draco gets drunk enough to finally tell Hermione how he really feels, and once he starts talking he finds it impossible to stop.

Life Plans and Takeaway by thenewpty

Summary: Harry doesn’t know what he wants to do with his life now that he doesn’t have to save the world. Lucky for him George is happy to help out.

I Want To Know What Love Is by PTwritesmore

Summary: Designer Pansy Parkinson only had one love: fashion. But when she runs into an old classmate on her way to Paris Fashion Week, her life gets turned upside down. Can one bubbly witch and the City of Lights change her mind?

Summary: Theo isn’t the most artistic individual, but he’ll try to be for Luna.

Summary: “I’ve seen your darkest, and it doesn’t scare me. You’ve become something so much more.” She placed a gentle kiss on his jaw. “I love you, dark and all.”

Groovy Kind of Love by Seakays

How Can We Be Lovers? by Klawdee

Summary: Old classmates reconnect because their best friends are together. One is terrible at flirting and the other has the emotional range of a teaspoon. Idiots to lovers. Some background and mentions of Dramione and Hinny. But mostly focused on Ron/Pansy. Can they work it out? 🎶

The Light That You Shine by SlytherinHermione

Summary: Draco was adrift.
All around him was an endless, unforgiving ocean, dull and grey in colour.
The waves kept crashing in on him. Back and forth, back and forth.
Sometimes he felt like he’d been cursed to remain like a graying tower, alone on the sea.

This all changed on a random cold winter day and a bright light.

Because what followed the light was as unexplainable as the feeling of calm that suddenly enveloped him. He felt a twinge of something that he couldn’t explain. On the other side of the sidewalk stood Hermione Granger, more beautiful than he could remember, locking eyes with him for a second, as if she herself was caught with him inside of this time bubble filled with light and large, fluffy snowflakes.

And with a blink of an eye, she walked the other way, as if this was just another Monday. As if she hadn’t just turned Draco’s world up-side down. The tumultuous oceans that surrounded his untethered soul were full of waves, but now of a different kind.

I Can’t Fight This Feeling by WordsmithMusings

Summary: Harry Potter has come to a sudden revelation about his partner Millicent Bulstrode and being a Gryffindor that means he has to tell her. Like now. Right now.

As Long As You Love Me by NeonDomino

Summary: Everyone is gossiping about a new student at school, but Remus doesn’t care about Sirius’ history. That doesn’t matter to him, all that matters is who Sirius is now.

Listen to the playlist here!

Hey! I’m not really that good at art considering I’ve only been doing it for about 2-3 years. But I’ll be taking some request. (I can’t really draw woman or animals so dont expect much)

here is an example of my art 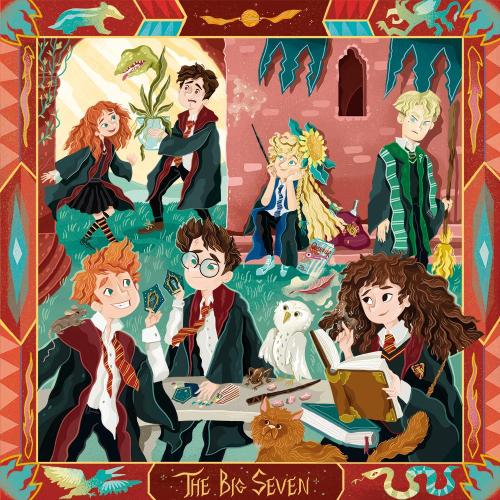 I don’t know if this is spoiled of me to say but whenever I’m trying to find a really good FanFiction with Neville the person who played “y/n” is always based off of a woman. Im a man who doesn’t like being referred to as a woman in any way at all. :,) sorry for the rant.

Are you seriously telling me that after all those thousands of years of wizard culture, they still rely on glasses??? Like, seriously, there hasn’t ever been a wizard who flicked his hand and created a spell that cures bad eyesight or something???

Headcanons about Fathers in the Wizarding world

The amount of beauty in this photo Im- @weheartit 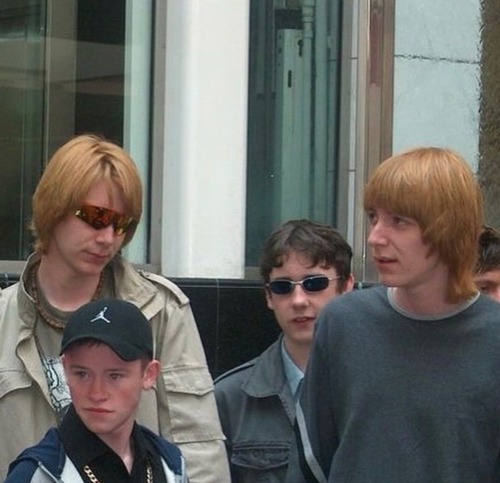