how is everyone doing studying from home? 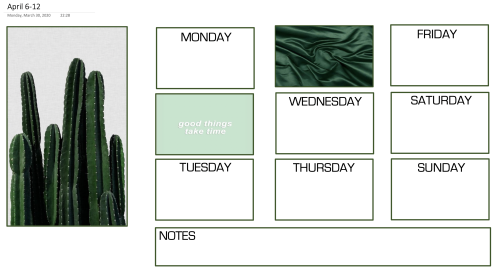 here in the philippines, we don’t have classes until april 14 due to the covid-19 situation. we were supposed to transition to online classes but our school decided to suspend online classes as well because not all students have access to the internet and resources needed to cope with online classes, which i’m really glad they did because i wouldn’t want others to be left behind just because they don’t have the same resources available to others. no student should be left behind. and honestly, i think it’s also very hard to focus on online classes and requirements when you’re worrying about your safety and the country’s future, especially considering how the philippine government is incompetent af and the already vulnerable are left even more vulnerable due to the quarantine.

the anxiety regarding covid-19 as well as frustration at the government’s ineptitude just isn’t conducive to carrying on with online classes. also, it’s so weird too that we’re trying to carry on as usual and maintain a sense of normalcy (e.g. by continuing with online classes) when in reality, things are far from normal, we should stop pretending like it is, and we can’t every get back to normal after this situation. i get that maintaining a sense of normalcy might be a coping strategy for others but,,, i don’t think it should be imposed on a larger scale? idk. my parents tell me that you have to just get on with it and do academic requirements when you’re supposed to but like,,, i don’t want to pretend that everything is normal and okay because it isn’t!! idk huhu. and i really don’t think we should go back to normal after this because that normal is what got us here in the first place (lack of safety nets for the vulnerable, a healthcare system that isn’t accessible to all, other sectors being more valued than the health sector aka military stuff, the lack of urgency of the govt in the very early days of the pandemic and their lack of urgency now as seen in the various presscons, etc.)

okay i’m aware i’m ranting. i’m sorry i just have so many thoughts about school in the time of a pandemic and i’m frustrated that even though i know these things, there’s always a voice in the back of my head telling me that i should be on top of my studies and everything and that i should be productive. but it shouldn’t have to be that way!! there’s so much to be worrying about and it’s completely okay if you aren’t on top of your acads or if you can’t muster up the energy to tackle school requirements.

a tip my friend gave me a very useful for those who want to do some academic stuff still during the break! and he told me that one shouldn’t be too hard on themselves and shouldn’t pressure themselves much regarding academics during this time. he mentioned a shifting of expectations. because admittedly, you aren’t going to be as productive as you were during “normal times,” and that’s completely okay and understandable considering that we’re undergoing a pandemic. so he was saying to pace yourelf and adopt different and more realistic expectations! so for example, instead of saying that oh you’ll finish all your backlog of readings for subject A, advance study for subject B, do practice problems for subject C, you could just choose one academic thing to accomplish for the day, then take the rest of the time to care for yourself !

but if you don’t want to do any academic stuff, then that should be okay as well! i guess in the end, you have to do what’s best for you. if for you, tackling academics is too hard now and you just want to watch series or talk with a friend or paint. then that’s okay! or if you feel like doing acads helps give you something to focus on and helps keep your nervousness at bay, then that’s okay too! idk i’m sorry this was such a scattered post and a load of word vomit but yeah.

hope you all are okay and that you and your families are safe! if you ever need someone to talk to, i’m always just a message away hehe and we can talk even if we don’t know each other AHAHAHHA. but yeah let’s stay updated on the news and take care of ourselves throughout this ordeal! 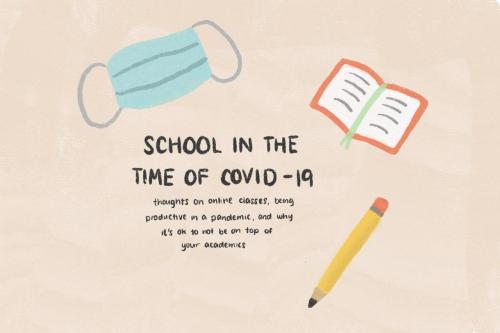 so ib exams are cancelled which is really one for the history books. I cannot believe it. I had 18 hours of exams in May and I was probably going to be an anxious wreck so I definitely feel a huge amount of relief. But also everything is so uncertain right now about how we are still getting our diplomas, if my school is going to extend classes or give us finals or culminating assignments and aghhhhhh

Hi! My name is Tade, and I am very new to the studyblr (and langblr) community, but I decided now would be a great time to partake - mainly to track my progress and get some motivation for my studies in the future. So, without further ado, welcome! Let’s get into it!

In all honesty, I haven’t gotten very familiar with the community on here, but I’ve been following @blackgrad and @elleandhermione for a while from my main, and both of their blogs most definitely fit into the inspiring and informative category.

Well, that’s about it for now! I want to get to know new folks and I hope to expand the following list by far, so feel free to drop by and say hi!

i found this and i’m mad that i laughed lmao

we’re having online lessons 😶 and it’s been fun so far. it’s been already three weeks of lockdown (only in my region) and sometimes i get really bored, especially because i can’t see my friends,, but it’s fine, i know it’s for the better.

i’ll keep you updated 💜 have a nice day!! here’s a song that puts me in a really good mood:

weekly update and a bit of a seminar paper

heyhello, new week, new me? well i don’t know about that, but i’m trying, maybe i really could post regularly. this week was a lot better then the last three, i tried to focus on school and staying in a good mood/being optimistic more. i put together as much literature as i could for my seminar papers on the topic of czech art of the 13th and 14th century - i also went to borrow books to the library all by myself for the first time, that’s what i call stepping out of my comfort zone! 😂 at the end of the week (read that as “on thursday” because my school week is real short) i went to see an exhibition called “The Biggest Mysteries and Secrets of the World” at the Regional Museum in Olomouc (that’s why there’s a crystal skull there - quite an interesting object - nobody knows when it was made because of how perfect was the process of making it and also thanks to our inability to date stone - even though it was only a copy of the real skull at the exhibition, it was still interesting). on the weekend i started the first paper on a czech 14th century monastery and listened to a few albums that came out since the start of the year and i didn’t have the time to check them out yet. honestly? this week was great. 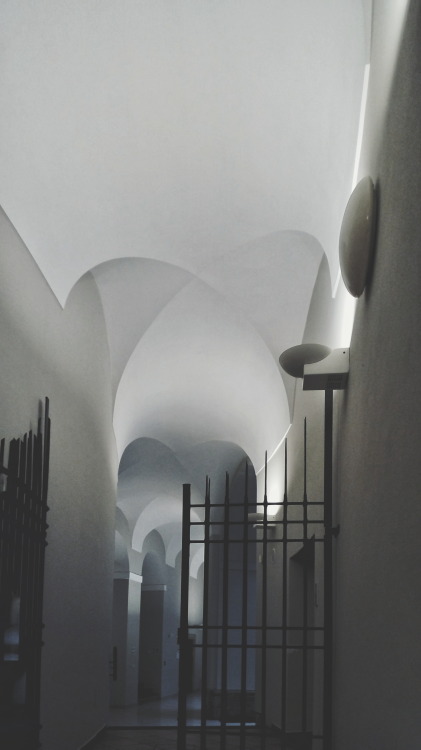 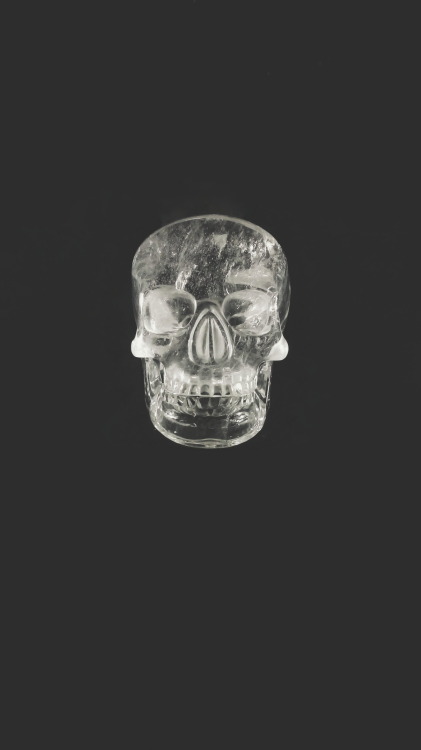 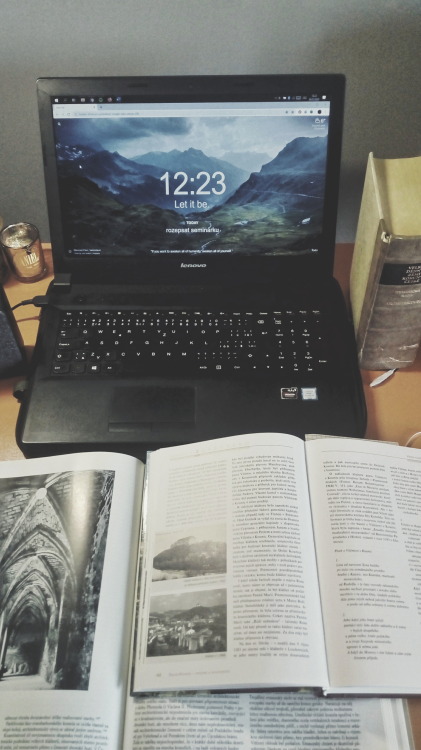 Okay, past month was not that good for my health, so let’s hope March would be better.
Spent hours studying structure of abstracts in several journals to see how real people actually write them. Registered for several courses and send application to summer school. Put my mattress on legs, so I have almost a proper bed now, but calloused hands. Slept a lot. 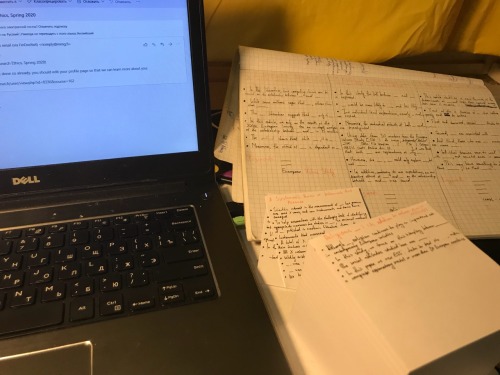 my very first official blog post! aaahhh I’m so happy! today was a normal day at home because I have a no-school week (yay!). I wasn’t very productive today but I hope to change that tomorrow because I have a looootttt to do but on the bright side, I completed my biology essay on biotechnology!

its also about time that I start looking into scholarships for college (because broke life :p) even though it’s a little early. p.s let me know what you guys want to see ( for e.g. more study guides, inspirational quotes, motivational blog posts, informative posts)

(picture credits: my annoying yet talented sister :p I love her! ) 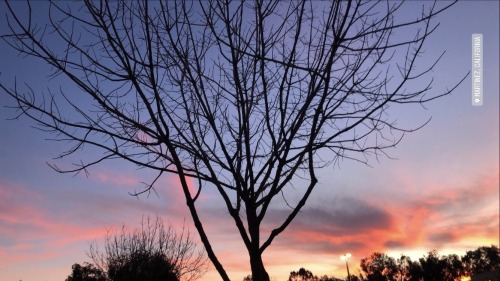 orange kombucha for some orange notes 🧡

I recently got a concussion and it’s been making studying a lot harder, but I think I’m finally coming back around! I have a lot of catching up to do though 😓

I never made a first post here, so here we go.
Hi, I’m Star. I mean, that’s not actually my name, but you can call me that because a lot of people do. I’m a brazilian engineering student, and I’ll graduate in first semester of 2023.

Since I speak both english and portuguese, sometimes I get confused between them and write or speak something wrong, and I’m so sorry for that.

I want to be a foresincs expert (? I hope I wrote this right lol, for those who speak portuguese: eu quero ser perita criminal e não tenho certeza de como escrever isso em inglês). Where I live, that means I have to pass a exam that happens God knows when (the last one in my state was in 2013)… So, I’m always studying for two things: college (Biotechnological Engineering) and the exam for cientific police - and I’m always exausted and praying that next exam occurs in 2023 and not before (because I need my degree).
This is a studyblr because I really need a motivation. If you are a studyblr or something like that, feel free to like or reblog this post and I’ll happily follow you.

hi! officially transitioning to studyblr as I settle into my first semester of online grad school. my name is kate and I teach 3rd grade in Brooklyn. my job is offering this free master’s so I’m taking advantage of it - although already teaching full time and being a student has proven very difficult. my bachelor’s is in english creative writing and my grad program is in early elementary education and special education. I’m taking 2 courses currently - basic reading and writing, and child development. I’m adjusting to the amount of reading and writing after a year and a half of being out of college. I’m also having to change a lot about myself - my work ethic, my schedule, my body - to make this work. so here I am to document it and keep myself motivated. if you’re a studyblr I’ll follow back, and feel free to introduce yourself in my messages!

today I started the ‘hundred days of productivity challenge’ as a motivator going into the start of year 11. I managed to get through some notes on the arab spring for my australian and global politics class as well as some key terms:)