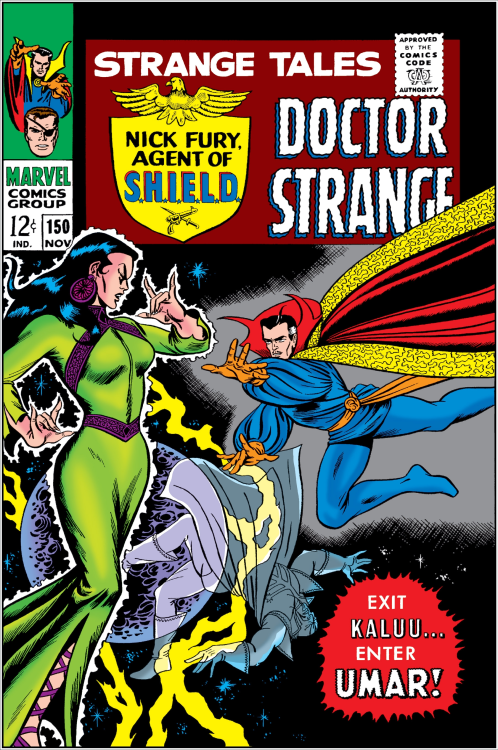 I’m wondering if the shower in my house is reliable

Telephone networks have failed, the internet is gone.  Modern communication seems to have come to an end.  What remains is radiowaves.  People with the right equipment have begun to communicate with anyone in range using CB radios, walkie talkies, whatever they can get their hands on.  Some are broadcasting, some are just listening.

Maria watched the monitor, finding active channels in range. There was little more promising to her and Fury than the SHIELD bunker they had occupied for the past years. There was also no one they trusted or considered useful enough to share their resources. Fury looked up when a voice that was actually familiar finally came through –

This is Natasha Romanoff. Nick. Maria. I know you’re both holed up somewhere in some underground bunker trying to figure out how to solve this mess… Do yourselves a favour and head over to the following co-ordinates… Clint and I are here, but don’t let that put you off. Phil, May, Simmons, Drew, Morse, Stark, Rogers, Van Dyne, but not the one you’re thinking of … We’re all here, we’re working on it, but we could use your help. See you soon. Your ever favourite agent, Romanoff.

Marvel Zombies RP is a Marvel Comics AU roleplay established 1 April 2017. We look forward to surviving with you.

This is another movie that I had come into not really expecting a whole lot and I spent a good portion of the last few days deciding whether I actually even enjoyed the movie all that much. The movie has a great cast but doesn’t manage to achieve a lot with it. It does create a good step to the greater plot of the MCU with the introduction of Black Widow (Scarlett Johansson) and Nick Fury (Samuel L Jackson). Anyways this will probably be a shorter one because I really don’t have a whole lot to say about a majority of this movie.

Iron Man 2 starts with an easy premise to grasp, Tony Stark has created a super weapon that he believes nobody else could perfect faster than he has time to advance the technology. The main villains being jealous arms dealer Justin Hammer (Sam Rockwell) and revenge seeking scientist Whiplash (Mickey Rourke) who try desperately to fell the empire Tony has built on the idea that nobody could ever stand up against Iron Man. I think that Sam Rockwell is an amazing actor and his charm adds a good amount of flavor to an otherwise dull character but it doesn’t save him from becoming anything but a plot device. Whiplash on the other hand is an awesome villain that uses big ambition to fuel ego-eccentric visions. The whole of the first four fifths of the film revolves around Tony finding a suitable element to perfect his arc reactor that has become a part of him. This is supposed to be a little suspenseful because he is dying but is ultimately overshadowed by a slightly more interesting power dynamic between himself and Pepper Potts taking hold as CEO of Stark Industries. Even this plot is pretty average being again overshadowed by the introduction of SHIELD and the reveal of Natasha as the nimble Black Widow and I’m going to say that it is probably because I already knew from the beginning but even that reveal fell flat for me. Even when Tony goes through the reconcile of finding out that his father actually did trust him to carry a legacy I felt like other lesser plots blended it into something I barely had time to process. Iron Man 2 starts and finishes at least 3 major plot lines that all get swirled into something that is hard to fully comprehend. I was watching this film with 3 other people and they all fell asleep 30 minutes into it which to me is where I say, maybe as a movie that sets out to be entertaining they should put more focus on keeping the audience engaged.

There are two parts of the movie that I thoroughly enjoyed however, these being the fight scenes with Whiplash and War Machine. The fight scene with War Machine is a really fun fight because Tony is actually finally revealed to be the villain and you are exposed to this huge grey area of character development where Rhodes (now Don Cheadle) is learning to trust in his friend more, and Tony is learning to finally weigh the gravity of the danger he has put the world in and finally act like he is not wearing a suit, but a gun. This fight is not only a badass fight between two equal opponents but also a moral climax of the film that puts characters in positions of real growth. The fight with Whiplash is just awesome, it doesn’t make sense and it doesn’t have to at this point. We have made it to some cherry blossom garden for some reason and Whiplash appears after a swarm of military drones fail to kill Iron Man and Whiplash is dressed in a cool suit that is armored like a samurai. This is an awesome fight that uses character development from the War Machine fight to come around in full circle to help Tony defeat his the ghosts of his fathers past. In the end, it doesn’t matter how ridiculous the final confrontation is because it puts such a worthwhile battle at the end of an otherwise subpar experience.

Iron Man 2 is a big bittersweet episode in the Marvel Cinematic Universe. A shame in that it is possibly the best acting of Gwyneth Paltrow’s Marvel career and that it shows off great talent like Mickey Rourke and Sam Rockwell only to be bogged down by underwhelming plot advancements. The movie is awesome in its incredible fights but refuses to let any of it really amount to any building over arching plot. Iron Man 2 tries and succeeds to tell a lot of Iron Man stories in short and underwhelming ways. This movie will always be welcome as an important chapter in the MCU but won’t be praised as an achievement in superhero story telling.

(couldn’t find any GIFs of him on AOS, but he’s a BAMF)

Who else thinks Nick Fury should make an appearance in the last season? Coulson DIED Goddamnit!

As America in the 20th century got involved in various wars, their influence made way into comic book publishing which led to stories about fighting fascism at home and abroad, PTSD or loss of hope in the system

Some characters had moved on from their wartime past such as Ben Grimm (World War 2), Professor Xavier (Korean War), Carol Danvers (Cold War) and James Rhodes (Vietnam War) while characters like Captain America, Wolverine, The Punisher, Bucky Barnes, Namor and Nick Fury still find themselves in a war but against either a different enemy or an enemy with a new face

Some of the best War-time series or titles which are a must read are:

In honor of all those who served, this post is dedicated to them

nick fury is a badass and if you don’t stan him we can’t be friends. 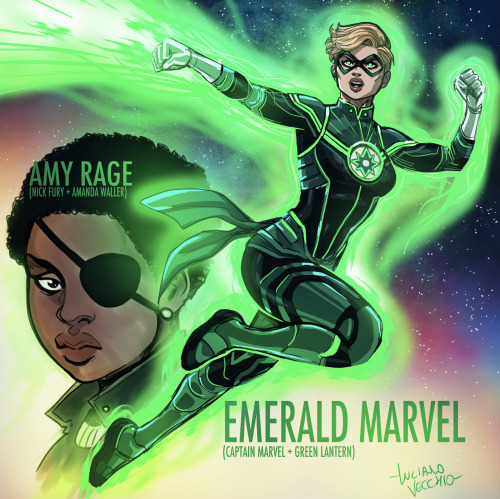 #captain marvel, #green lantern, #amalgam, #marvel comics, #dc comics, #nick fury, #amanda waller
133 notes · See All
wh0doyouthinkyouareiamChat
Fury, after Steve wakes up from his 70 Year Nap: Wow Cap, you coming back has people feeling more patriotic than after the moon landing.
Steve, who still has no idea what happened after going into the ice: the WHAT
#has this been done before, #nick fury, #steve rogers, #captain america, #the moon landing
1 notes · See All
toreadornottobeLink
Soul World Shenanigans - BananasofThorns - Captain Marvel (2019) [Archive of Our Own]https://archiveofourown.org/works/18103571

“I knew that wasn’t really how you had lost your eye,“ Coulson said. “But you lost it because you were annoying the cat?”

There was an idea 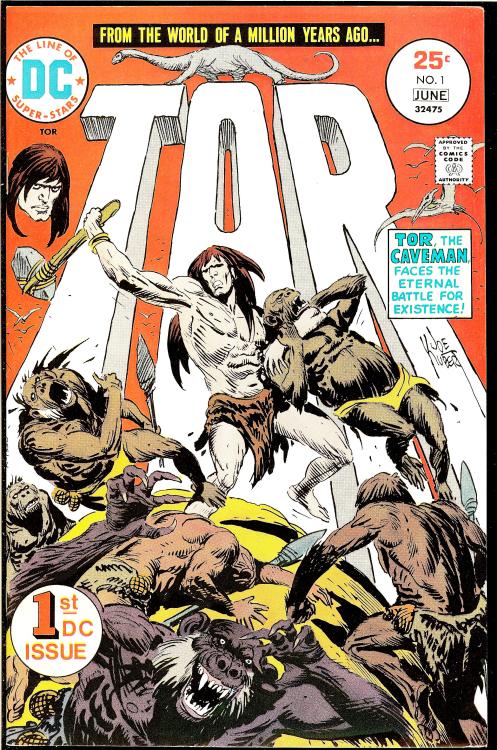 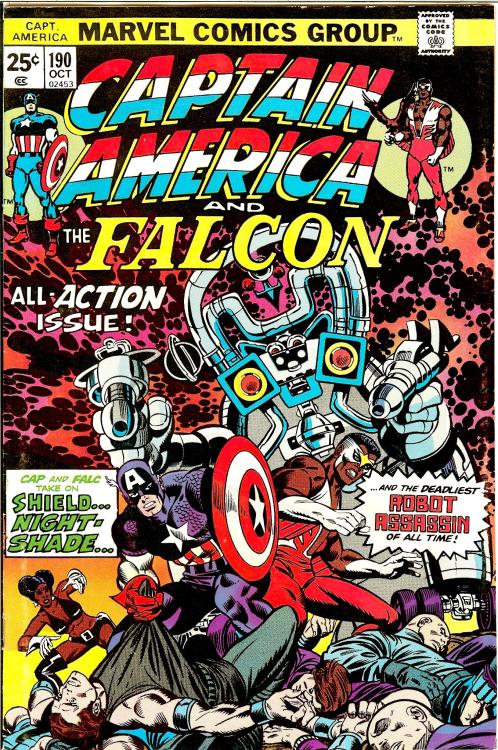 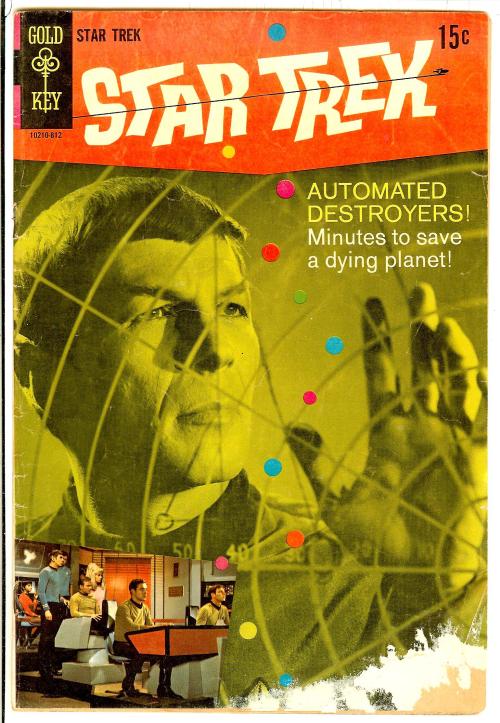 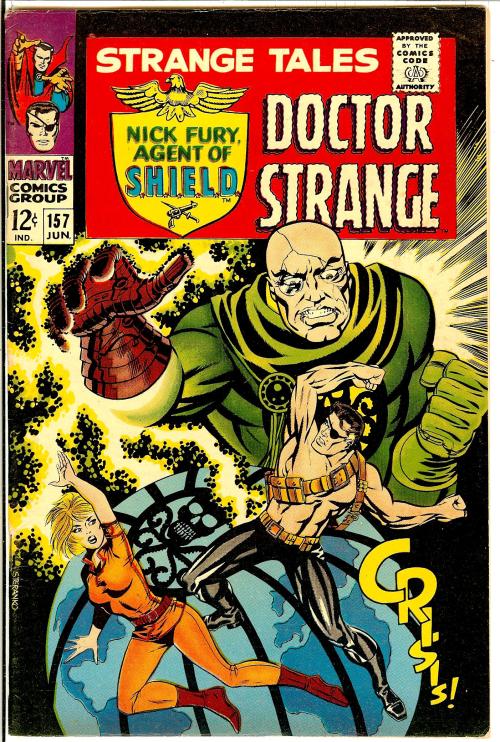 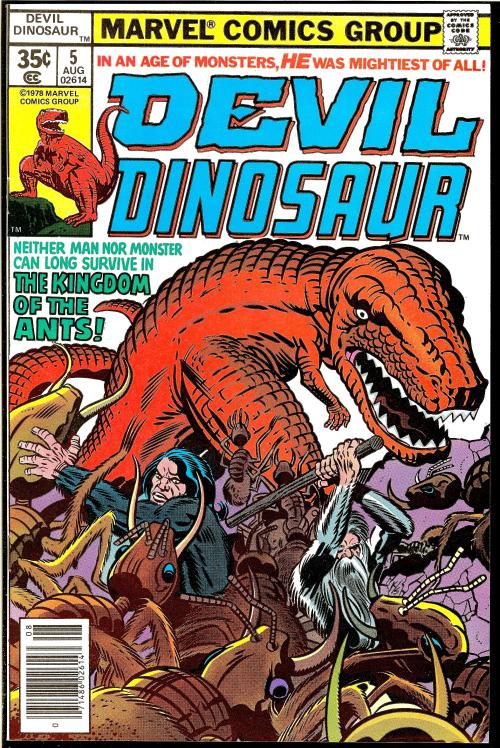 This is the ultimate Clint Barton move.

Tony: Alright Fury, I think you should play the role of my father.
Fury: I don’t want to be your father.
Tony: Oh, see, that’s perfect. You already know your lines.

Everybody Comes To Nick’s 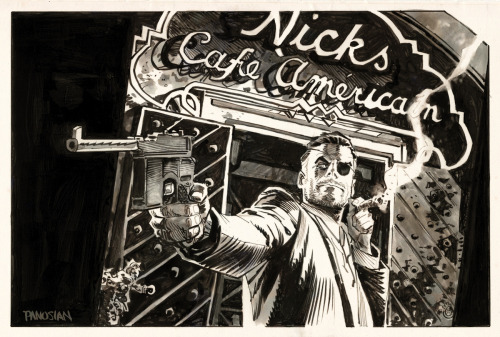 You guys I bought these today and the rest are on my hard drive. I’ve seen them all but got them on film today!

My own anime avengers poster, what do you think.