June postcard art! Pledge at the Page tier or higher to get yours at patreon.com/calicofiction.

[image description: a collage of newspaper, black & white craft paper, marker, and gel pen. on the craft paper, alternating white bg + black text and black bg + white text, the nietzche quote “the future influences the present as much as the past”. /end ID.] 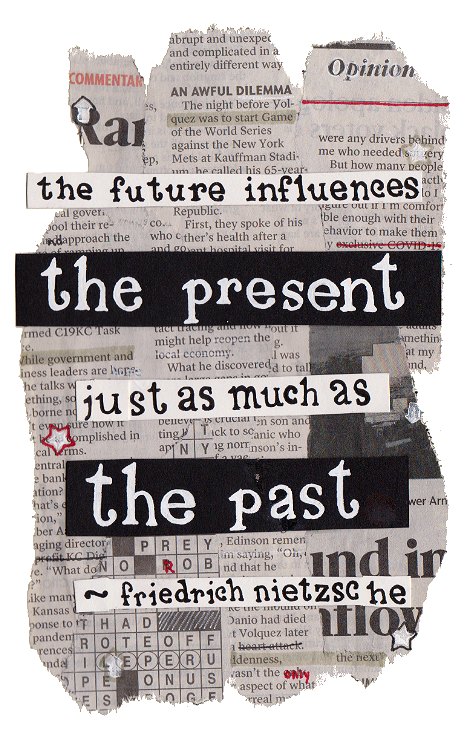 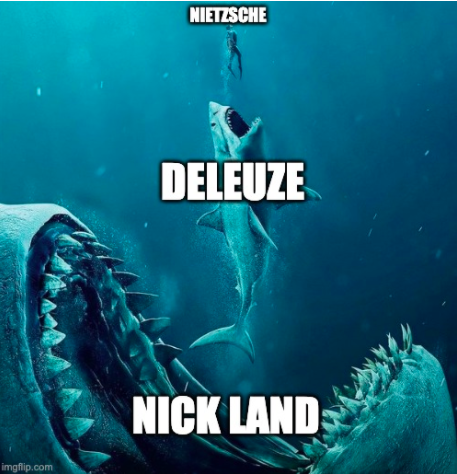 “And if you gaze long into an abyss, the abyss also gazes into you.”

“You,” he said, “are a terribly real thing in a terribly false world, and that, I believe, Is why you are in so much pain.”

I really like this quote, but I am not sure if it is really from Nietzsche. Because, when I wanted to find more about this, there was more “authors” of this quote.

Do anyone know who made it?

Also, he was soooo depressed

Like one time lil’ ol’ Friedrich got invited to hang out with his college brooooos at um well *ahem* a brothel and you know what he did?

stayed up all night playing the piano

yeah, music was more important to him than, you know

Anyway Nietzsche gets vilified because his sister took all his works and gave them to her Nazi husband but I can’t help but remember the kid who got his first job out of college all shiny and new and then slowly succumbed to the cruelty of mankind then goeth (un)voluntarily into the madhouse. like he legit never wrote a book again after his first one was ridiculed and his books got shorter and shorter and eventually became scattered fragments until he died alone and that breaks my heart tbh

I have to read Patrick, but I lack inspiration. I’ve been watching Rush for about two weeks, but damn, I can’t. Antichrist Nietzsche is still calling me. Fuck.