It’s currently 4:30 in the morning and I just woke myself up from a bad nightmare. I won’t go into details but basically it involved a demon trying to force my family and I to partake in a satanic mass and we all just kept saying over and over “Jesus Christ protect me”. I woke myself up by man handling the demon and screaming in his face for almost getting my sister. Anyway I’m really bothered by it and started to read my Bible to calm me down. I went to Psalms because idk that’s my comfort book I guess, chose a random chapter that I’ve never read before (chapter 20) and this was the first verse; “the LORD answer you in the day of trouble! The name of the God of Jacob protect you!”

I just had a nightmare that the Yellowstone supervolcano went off, because why should germs and fascists get to have all the fun?

Blinding, overbearing light. Like staring straight into the face of god… or at least the sun? And the buzzing, oh the buzzing! Like drills pushing into her skull!

And then… a silhouette against the light… helmet, visor, ears? Ah, this was… someone waking her up? Where was she? 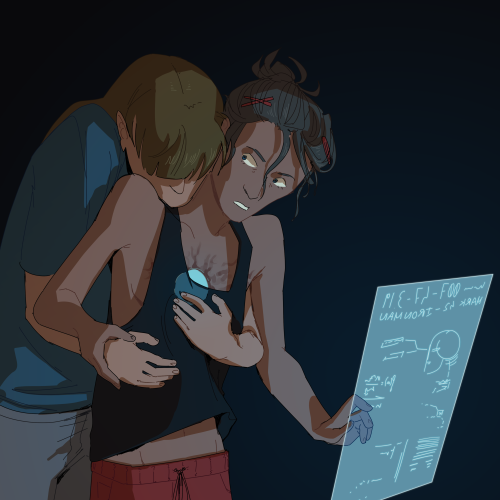 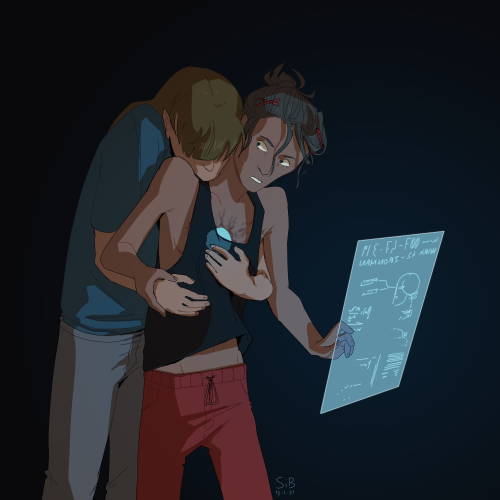 In July of last year, searches for the term “Maskne” on Reddit’s r/skincareaddiction thread spiked 400 percent, and have been on the rise ever since. In other words? A lot of us are dealing with mask-induced breakouts. And while derms suggest preventing the problem with gentle breathable fabric (like cotton) and skin-barrier building ingredients (a la ceramides), once one of those pimples pops…

Dialogue Prompts: “What are you?”

“Oh—oh no, that was rude of me. That’s not—I mean, I know who you are. I love who you are. I’m just curious where the tail came from.”

“…my worst nightmare was when I dreamt I drowned in cereal.”

“And you think now is the time to discuss my origins? While we’re breaking into the most secure vault on the continent?”

here we are, the first completed square! i hope you like it!!!

Check out this painting from @annejuulchristophersen first solo show at Galerie Wolfsen, back in 2018! I love her cute little horns!⁣ ⁣ “A Nightmare of a Dream II” (Acrylics on canvas, 100cm x 70 cm)⁣ ⁣ …⁣
posted on Instagram - https://instagr.am/p/CKF0DsxIkRN/ 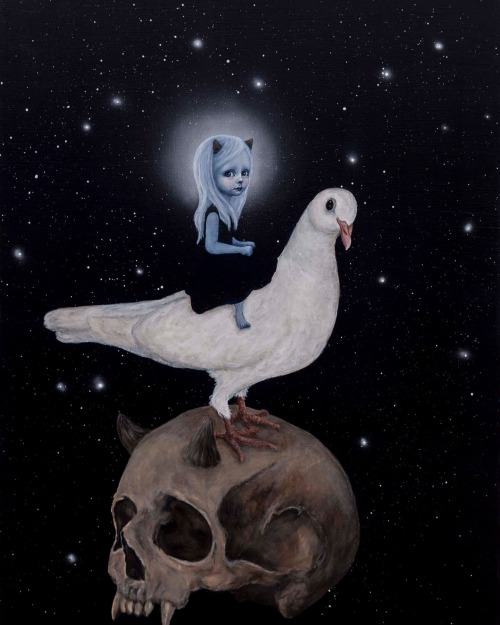 Felix has a nightmare while sleeping with Giovanni while he stays in the hospital. Felix falls asleep on Giovanni.

Hold Me Tight is a manhwa with beautiful artwork and smut scenes! It has a fair amount of (hospital) whump and the story is interesting. 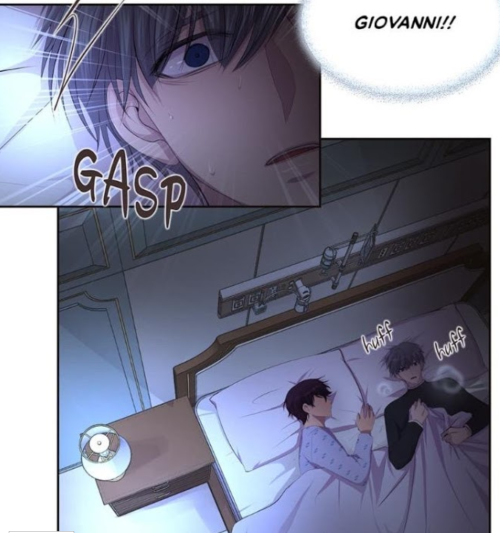 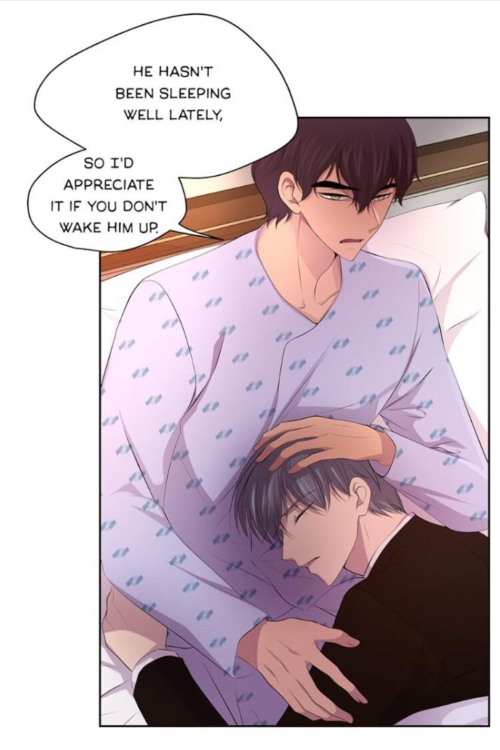 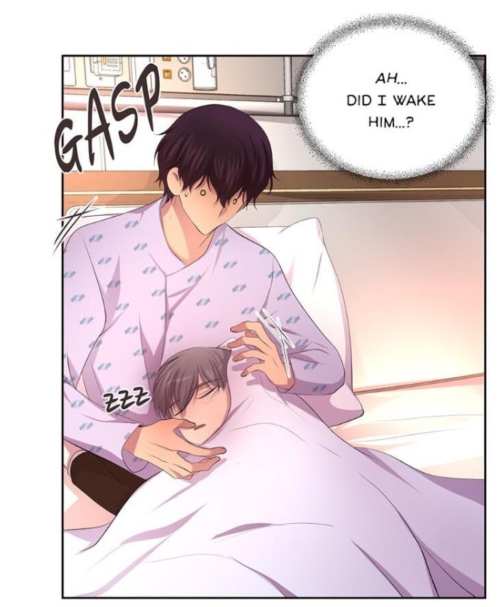 Caretaker woke to the sound of fear. Terror filled sounds behind a locked mouth. Their eyes opened to reveal light cast by stars surrounding them. At first they thought it was an injured animal, it was sounds they had never heard before. Soft whimpering that couldn’t escape past lips.

Caretaker turned to see Whumpee curled in a ball, curled tightly around themself as if they were trying to hide.

Carefully Caretaker placed a gently hand on Whumpee’s arm. They shot awake panic gripping them. Fighting against the hands that only wanted to help.

They had hurt Caretaker. They caused Caretaker pain. They made them bleed.

Whumpee stumbled back in panic.

“Whumpee,” Caretaker followed them, one arm clamped on the other, “I’m fine. I swear. I’m okay, you’re okay. You didn’t mean to,”

Whumpee retreated further, hands digging into their hair, panic clear on their face.

“No, no please Whumpee. I’m fine,” Caretaker ran forward pushing down doubt, they couldn’t let Whumpee bolt or get lost in their head. They gripped Whumpee in a tight hug.

“I know you didn’t mean too. It was an accident, I’m okay,” Caretaker whispered.

Whumpee stood stiff in their arms, completely unmoving. Even their chest locked in place.

**capture a midnight stroll if you dare through the shadowy terrace of terror, in Nightmare Street!**
A bloodcurdling design supplied in two styles with additional underlines and paint spills, Nightmare Street is an 80s inspired horror font straight from the video store. It’s the perfect choice when you want a hand-made sight for your movie posters and trailers, album covers, books and Halloween… 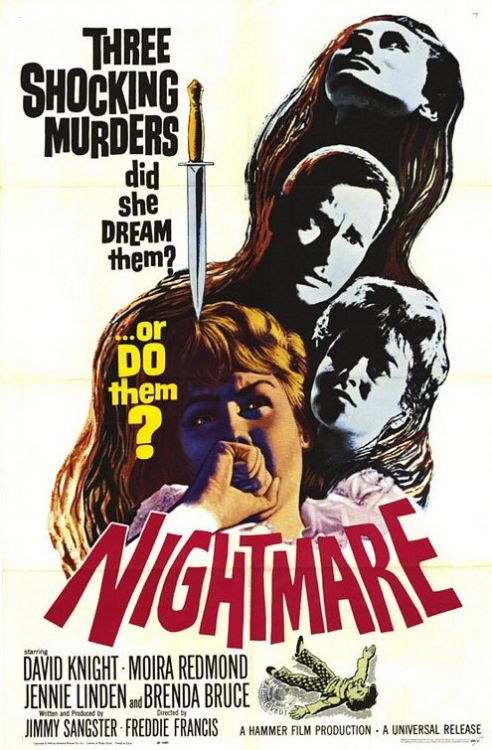 I keep having strange dreams

So this all started when I started doing LSD. I would go to sleep and have the same dream over and over again, which I find odd that it was the same one over again. then it would just randomly appear even when I did nothing at all. There would be small changes in the dream. So I’ll just tell you my dream.

So generally I would be walking through a hallway and turn into a dark room. There would always be a person sitting there on the ground. there was no furniture and nothing on the walls. I always recognized the person, but could never remember them when I woke up. Anyways they would always shake their head at me, but say nothing. They would sometimes have a guitar, or I would have it.

Sometimes all the walls would be different colors. they floors sometimes would be stripped. I could be enchanted to that room by either a noise of a changing tv channel or a radio, usually a folk pyschadelic song. I always felt comfortable with the person. They would sometimes sing a song. Sometimes when they sang, they seemed sad or miserable. Sometimes they had a newspaper and was staring at it.

I may update this later. If anyone knows anything about dreams, tell me.

Jiwon has a nightmare about his childhood~ Also, Suha hurts fractures his hand.

My Suha is one of my favorite manhwas. If you decide to read it, please be aware that there are a LOT of smut scenes 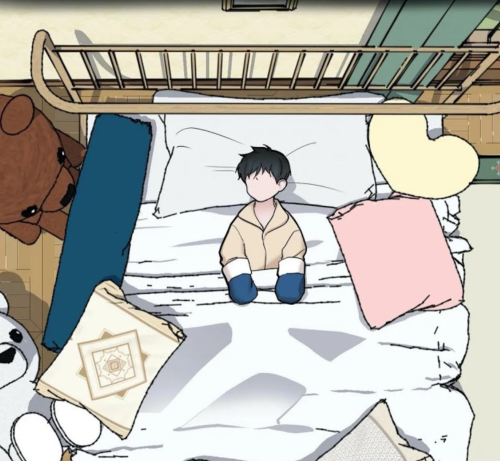 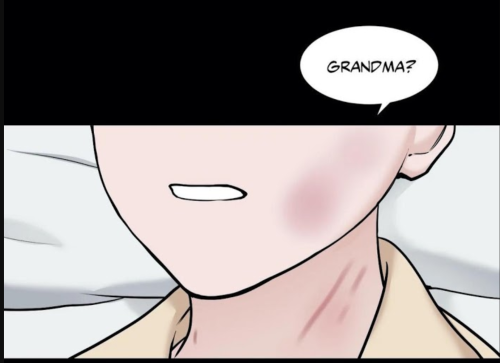 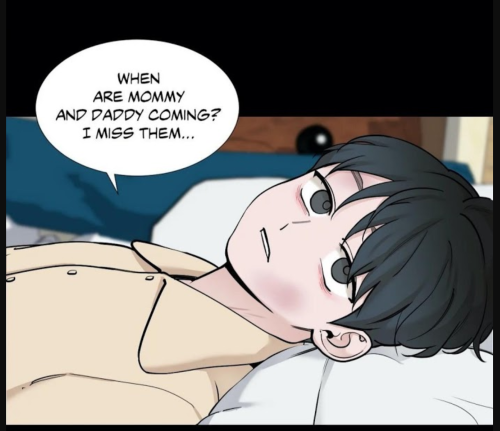 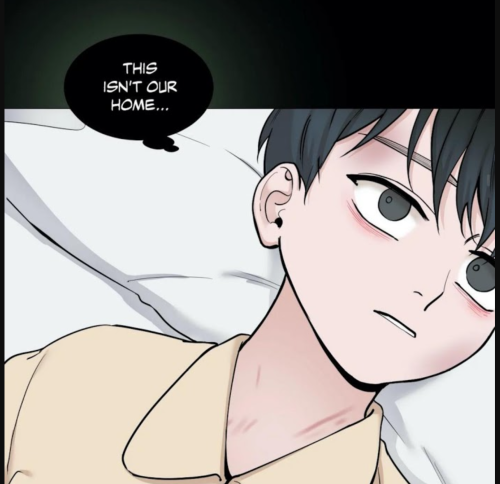 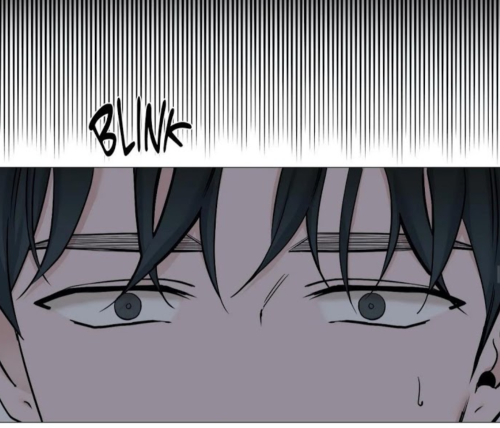 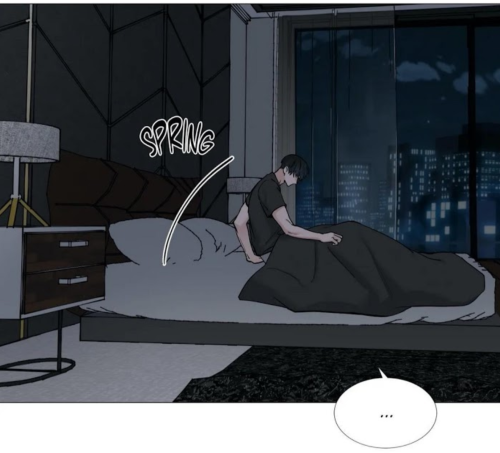 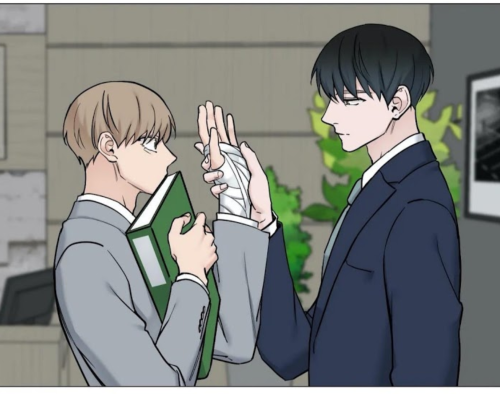 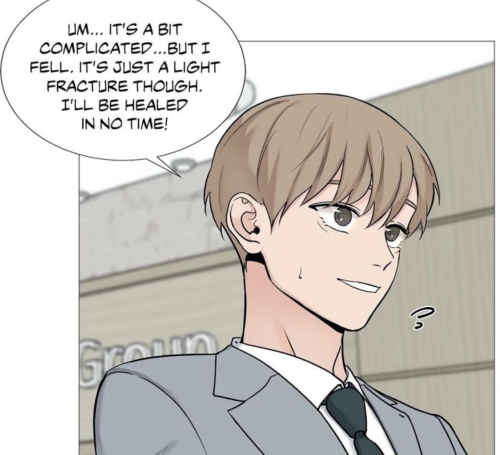 End of a new cycle

I had a dream… he was driving fast with risk. He somehow manouvered the car with the steering wheel from behind the front seat whilst told me to sit in the front for better experience. It was risk all along and we nearly killed 2 or 3 children who were playing on the street. We drove over them. I kept telling him to stop or he’ll get fined thousands but he didnt stop until he decided to call someone if its illegal. To ask for permission when he was wrong. So as soon as he realized, he swayed his car onto the curb and drove onto a parking spot dangerously. He got off the car and there my granny was. He called her instead and held up a congratz banner in pink. He thought i was pregnant with a girl and he named her Rosia. I was all in all confused and my granny supported him when she lied about it. She wanted us to stay together but i cracked it at him and said, this is all wrong. Granny had a loud mouth and were not pregnant, but he cracked down in tears shouting at me that this cant be. He said he tried to move out of home to get a house by himself for more than twice, but it didnt work. He even spent all his money investing in this imaginary family he wanted to build, but its not happening. He was devastated. I couldnt do anything but cry. As my brothers embarressingly came out of their car, my mum later came out to see from the building nearby, then his father appeared in surprize still thinking im pregnant, as soon as i saw him, i fell on my knees and begged for his forgiveness, i cried so hard like never before in front of his brothers and then his mum appeared and forgave us all. My ex then stopped crying and mum suggested a honeymoon overseas, i didnt knownwhat to say but to excuse ourselves and me and my ex told granny we will have some alone time to discuss the situation. Devilish eyes he had as we walked out of the drama and headed for his car… soldiered on and then i wokeup.

Not a tear was shed from this nightmare, but deep inside my heart was drowning that we have finally come to an end.

Its a beginning of a new manifested reality