Trending Blogs
#nile freeman
fathernicolodigenovaChat
nile: where's nicky? the storm is getting really bad!
joe: dw he's just having his alone time
nicky, outside in the rain: 'sandstorm' by darude plays loudly through a shitty old speaker
#nile freeman, #yusuf al kaysani, #nicolo di genova, #the old guard, #memes, #incorrect the old guard quotes, #my stuff, #lmao based on the true story of last night, #this was not me but it was someone outside my house, #IT WAS HAILING AND THUNDERING, #vibes only, #shut up liz, #fathernicolodigenova
17 notes · See All
i-ll-be-the-moonText

wake up. think of nile freeman. 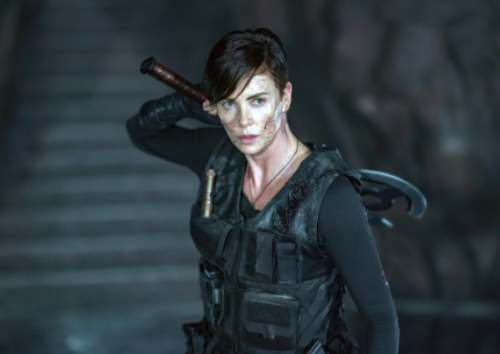 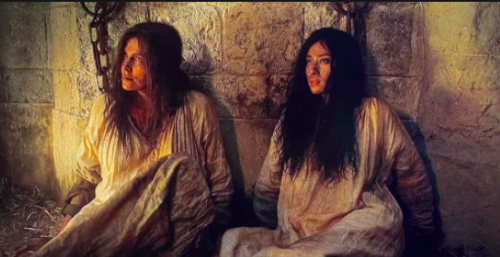 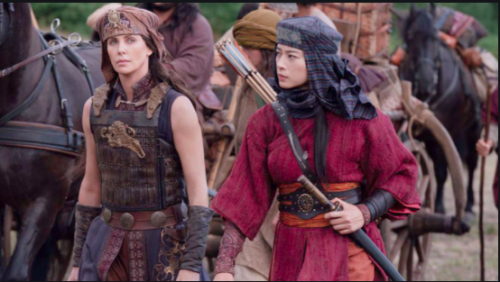 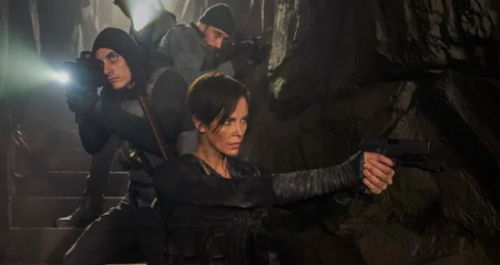 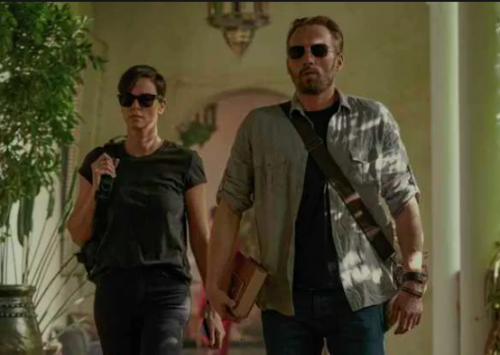 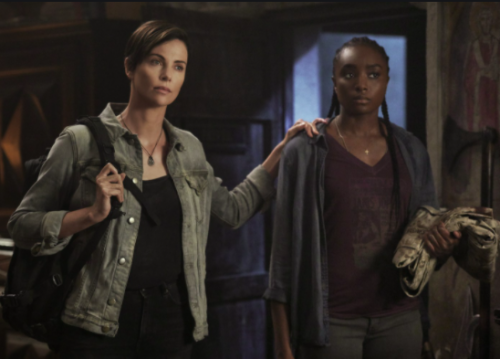 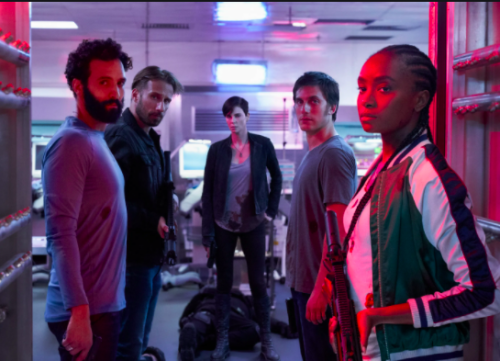 Someone write this au!!

I am SO BAD at finishing things these days…but I’ve had this in my writing drafts for a while because I wanted to write about making art and specifically joe and nile bonding over making art. if you have thoughts/suggestions on where this should go, I’d love to hear them!

“You ever forged something?” Nile asks. “A painting, a drawing, a sculpture…”

She thinks of the Rodin in Andy’s cave in France, half-unknown, half-forgotten.

“No,” Joe replies. He stares too long at their shared workbench, hands moving mechanically at his task, when he adds, “Booker forged bank notes. Before we knew him, and after. Here - you try.”

He scrapes the freshly-made paint off the glass slab and into a jar already labelled smaltino in an elegant, flowing script. Invoking Booker’s name is new; six months later and they were still lying low, in a farmhouse in Tuscany.

“Tempted, ever?” Nile asks as he hands her the thing–the muller, he’d called it–that looks like a big glass pestle. Out of another jar and onto the center of the glass slab, he spoons a dark, coarse blue pile of ground pigment.

#yes i did rewatch the old guard AGAIN, #i appreciated booker more this rewatch honestly, #even with sunglasses on you can still tell he wants to die, #no one’s doing it like him, #love him, #the old guard, #tog, #booker, #sebastian le livre, #nico di angelo, #yusuf al kaysani, #nile freeman, #andy of scythia, #andromache the scythian, #me tag
27 notes · See All
andromachesimpText

a longer snippet today! it’s the general winter holiday chapter of shine a little light–read the full thing on ao3.

Booker and Joe leave to go procure fresh meat for dinner around sixteen hundred hours, leaving Nicky and Nile in the main room alone once Andy and Quynh disappear back into their bedroom. He isn’t sure if it’s just Quynh going to sleep, or if they’re going to have sex, but he finds he’d rather not know the answer fairly quickly. Turtle hops back onto the sofa with a quiet jingle from the bell on her collar, at least, if that tells Nicky anything.

He gently massages his chest, eyes darting up to the dying fire while he leans back against the couch. He’ll be getting up soon, as he is filling in for Joe in the cookie department for the time being. Once they returned from the store, if he still had energy, he would hand the baton over to Joe with the cookies and focus on cooking. The only reason he was here now was because the desserts had to be started early in the day to help with timing. If he can at least bask in these last few moments of respite before he’s up and in the kitchen, that would be enough.

“Of course, of course.” He still smiles at Nile, pushing himself up and following her into the kitchen.

She’s already put on some music, and laid out some basic materials. Nile is better at baking than Nicky, though it isn’t too hard to be–hence why he’s on cookie duty and not pastry duty. Nicky likes to cook with his soul, and that usually means feeling instead of exact measurements. Several times, now, his desserts have come out inedible, and while he’s tried to get better, it never works out the exact way he wants it to.

Nile is not listening to holiday music (which is honestly a relief), and instead has a quiet disco playlist going in the background. It’s quiet between the two of them, but a pleasant sort of quiet, as it’s just the two of them outside in the main area of the house–Andy and Quynh are in their room, Booker went with Joe to get groceries…it seems, very clearly, as though a weight has been lifted up off of Nile’s shoulders while she works at her starter.

Were he stupid, he wouldn’t have noticed that it’s definitely due to Quynh not being around. Except, Nicky’s not stupid.

hold on the way joe and nicky introduce themselves to nile is so cute like .. if u think about it the only people they’ve ever gotten to introduce themselves and brag to truthfully about each other are the rest of the guard, right ? andy/quynh already got the soap opera version of their meet cute before the four of them ever met through the dreams, and booker had so much of his own stuff with his wife and his sadness that it probably wasnt a situation for them to rub their love in his face even then, but now with nile … nicky is all the love of my life isn’t he great look at him i’m so lucky :) and joe is all i’m actually the lucky one 1000 years with this goofball and did you know we actually killed each other ;) (cute point throwin it to u babe now knock em dead) and then nicky is like many times yes :)) (do u see the look of awe on her face joe she gets it) (she sure does babe) like okokok we see u two flaunting ur love it’s very cute and u should be proud and now i have to go immediately bury my head in the sand to cope it’s unrelated dw

I couldn’t decide which version is best, so have them all! 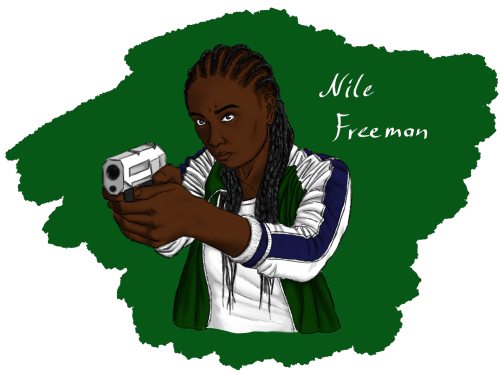 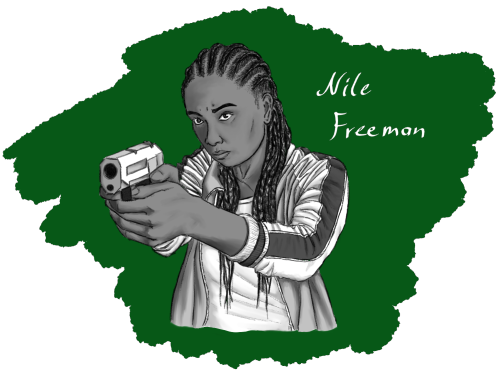 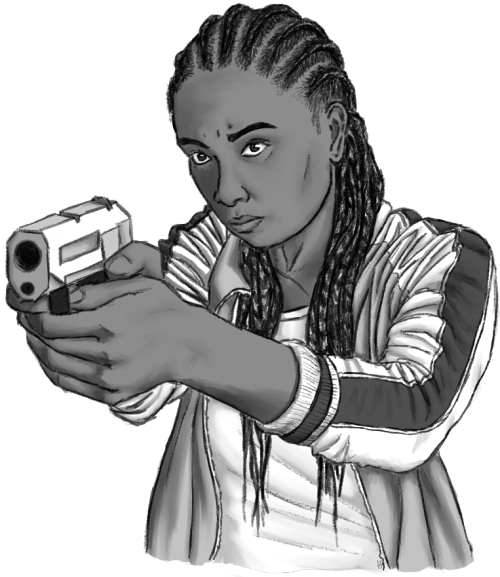 THE OLD GUARD FOR THE MILLIONTH TIME HERE WE GO!!!

So, Ya’aburnee/Yo’borni/Ye’borne literally means ‘he buries me’ in the sense that ‘I wish to die before him because I can’t bear losing him/I would give my life for his/etc.’ i.e. I love you to death. It’s not specifically romantic either, you say it to your family/children, born out of an intense love that makes you fear for this person’s life.

In a casual context, I can only see it being used towards children in a ‘your baby is so cute he kills me’ kind of way.  Or like in a grandma/mom way if someone is trying to gift you something and you’re being all ‘you shouldn’t have, I can’t take this’ they’d say ‘to’burnee if you don’t accept this’. After that, in a very flattering but not all-that-serious compliment like ‘omg your makeup in this selfie buries me’ or a dumb flirty ya’aburnee Allah (God bury me/you’re so hot it’s killing me). Or even just hilariously insincere yet fond like to’burnee tizak (may your ass bury me)…language, man.

Also, grammatically speaking, ya’aburnee is in third-person. If you’re addressing someone directly it would be to’burnee (you bury me). It can work in the context of how something about them makes you feel like ya’aburnee jamalak (your beauty buries me i.e. you’re drop-dead gorgeous)/ya’aburnee ‘eyoonak (your eyes bury me/are so beautiful they knock me dead)/generally attached to a possessive subject.

Buuuut it’s a very Levantine phrase. As in people outside of Lebanon and Syria, (and maybe, sometimes, those in their sphere of influence like Jordan/Palestine) won’t use it. Gulf Arabs might recognize it, but I feel like if you went up to someone from Cairo or Rabat and told them to’burnee they’d look at you like excuse me???

On that note, here’s Ya’burnee by Fares Karam, sung in Lebanese. And To’burnee by Alaa Zilzali, also Lebanese.

If you really want to use it, you could rationalize that Joe picked it up while he was in the Levant, in Damascus or Beirut, sometime in the last two centuries?

But yeah, he’s not going to be saying it as a modern Tunisian/Egyptian man, and in the past it wouldn’t be native to his vocabulary unless he picked it up from a Levantine—that’s even assuming the phrase existed a millennia ago (I doubt it). Although, a fun headcannon could be that maybe he coined it because of how many times Nicky literally killed him in the Levant.

Someone not familiar with this phrase could think it’s coming from aqborak/a’borak (I will bury you/I hope to outlive you), which is an insult, so, be careful.

It’s kind of like how in English you can say “You’re killing me,” to mean ‘you’re making me laugh very hard’, but someone unfamiliar with that context could take it as ‘your actions are so stupid/you’re making me suffer’, if that makes sense?

For easier alternatives, I made a list of general Arabic terms of endearment and some other ways to say ‘I love you’ here.

Hope you have a good weekend <3

When they eat, it’s always family style. There’s one or two main dishes in the middle of the table and everyone serves themselves from there. Joe likes to joke that it’s an excuse to use all the fancy platters they’ve unknowingly collected over the years. Nile finds it a little odd in the beginning; it’s like thanksgiving dinner every single meal. She quickly learns to love it for two reasons: seconds are an arm-length away and it’s more intimate.

It applies to dine-in restaurants as well. Usually, whoever is closest to the waiter will order several plates for the table. If someone is in the mood for a particular dish, they’ll speak up. Otherwise, it’s the speaker’s choice. It works because they know what everyone likes and dislikes and it gives everyone a chance to have a little bit of everything.

This is what Booker misses the most. The first night of his exile, he ate a store-bought ham and cheese sandwich and it hit then how alone he truly was. There won’t be any more family dinners. No more not having to worry about what to order because the other’s knew his preferences. No more fighting for the last roll of bread or stealing a piece of meat from each other’s plate. He finished the sandwich with tears rolling down his cheeks, an empty glass inches away.

What are you doing?

Your dying won’t do that.

Okay Netflix you’re making us wait on a sequel for The Old Guard but in the interim might I suggest a the return of Drunken History as told by Nile, Nicky, Joe, Booker, Quynh and Andy.

Think about it. You could have Copley narrating the opening bit seriously and just have the others tearing shreds into it.

Nile would be incredulous. Booker would be able to tell you all the miraculous and frankly probably disturbing cocktails down the years, Nicky and Joe could give you a rundown of cuisines and art styles and the best places they’ve fucked. Qunyh could give you information on current changes in the ocean. And Andromache would just tear all of the *known* facts to shreds.

#the old guard, #yusuf al kaysani, #sebastien le livre, #nile freeman, #tog, #hc, #andy quynh and nicky are their own thing, #idk what though
49 notes · See All
Next Page