Euryalus: I have never had a real friend before

Nisus: I can be your friend

Euryalus: I have also never had a boyfriend

i see your odysseus and diomedes and raise you: nisus and euryalus 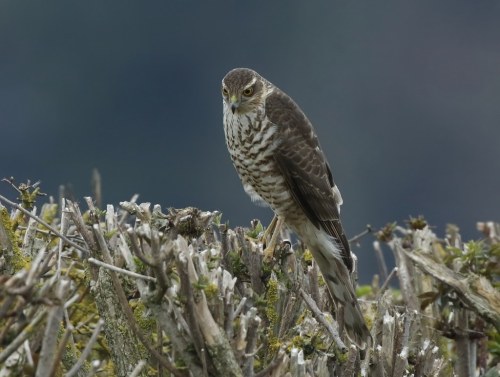 The love story of these two Roman soldiers appeared in Book 5 of the Aeneid, Euryalus is described as surpassingly beautiful, and also very young—still in the time of “green youth,” beardless, and tenderly connected to his mother. Nisus is a bit older, but still young himself, and deeply in love with Euryalus.

“Euryalus” Nisus asks, “do the Gods light this fire in our hearts, or does each man’s mad desire become his God?”

The relationship, described by Virgil as a pious love, gets explored in full in Book 9, where it also comes to a tragic end. The two had volunteered to raid an enemy camp. But while Nisus escapes alive, Euryalus is captured. Nisus returns to save his lover, but both men are killed.

Then, riddled with wound on wound, he threw himself on his lifeless lover and there in the still of death found peace at last. The last thing Nisus did was to press a breathless, bloody kiss to the lifeless lips of Euryalus. How fortunate, both at once! 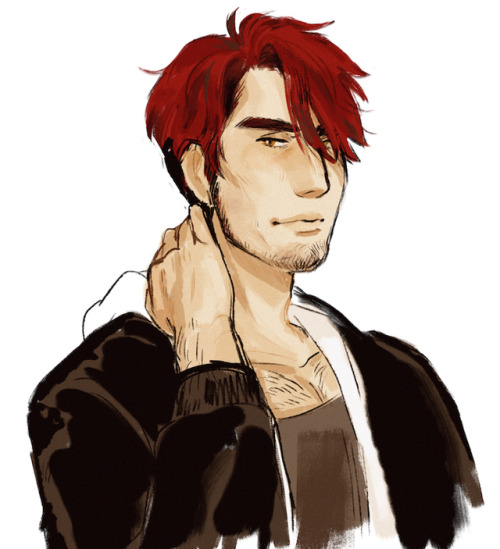 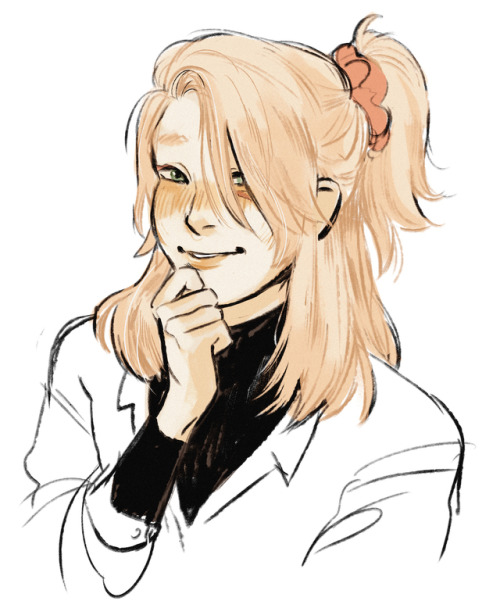 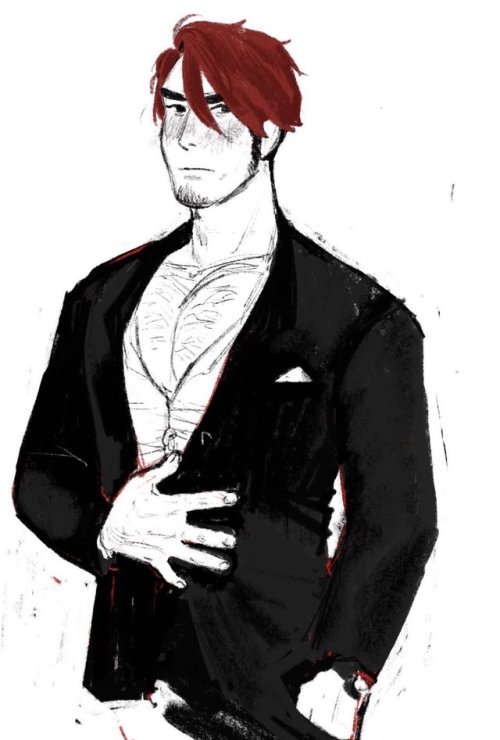 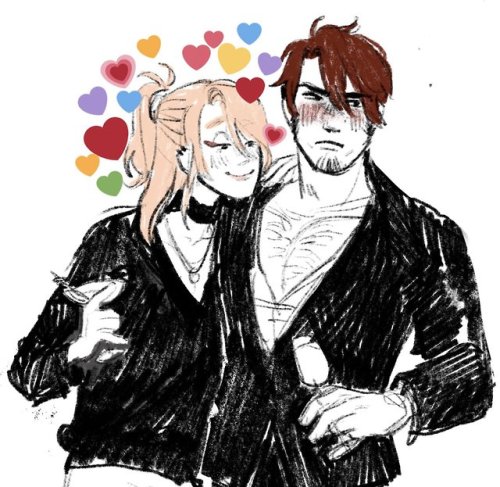 In the cup. Hoverfly sp: by pete beard

im back my dudes

The best part of the Aeneid is during the foot race when Nisus falls and his first reaction is to trip the other contestants so that his boyfriend Euryalus can win, and you can’t change my mind

#i was laughing so hard at that part, #i wasn't expecting something this funny to happen, #the aeneid, #nisus, #euryalus
49 notes · See All
theghostinthemoonText

#man, #the classics have so many great and weird stories, #patroclus, #achilles, #nisus, #euryalus, #the iliad, #iliad, #the aeneid, #aeneid, #personal
3 notes · See All
lasourcedemimirPhoto 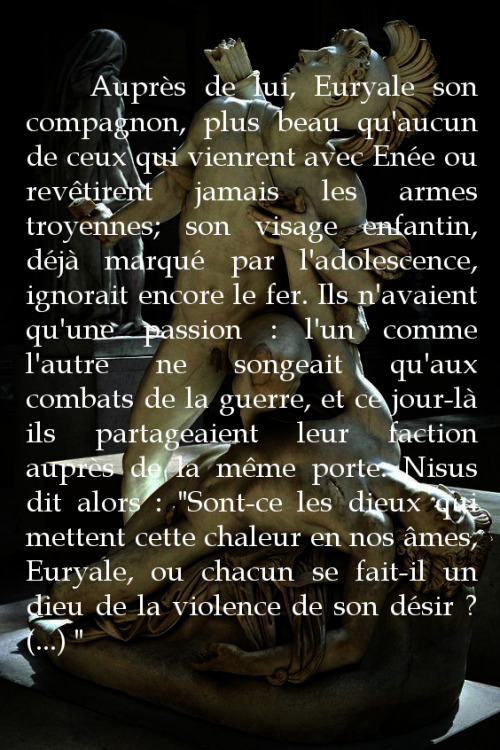 Nisus and Euryalus are a pair of friends and lovers in the Aeneid. Nisus and Euryalus are among the refugees who in the aftermath of the Trojan War flee under the leadership of Aeneas, the highest-ranking Trojan to survive. Although Nisus and Euryalus are inseparable as a pair in the narrative, each is given a distinct characterization. Nisus is swift and accurate in the use of projectile weapons, the javelin and arrows. Euryalus is more beautiful than any other of Aeneas’s men at arms. Euryalus maintains a loving relationship with his mother. He refuses to see her before he leaves on his mission, because he cannot bear her inevitable tears, and yet his first concern amid promises of rich rewards is that she be cared for if he fails to return. Their foray among the enemy demonstrates their stealth and prowess as warriors, but ends as a tragedy: the loot Euryalus acquires (a glistening helmet) attracts attention, and the two die together. Virgil presents their deaths as a loss of admirable loyalty and valor. X 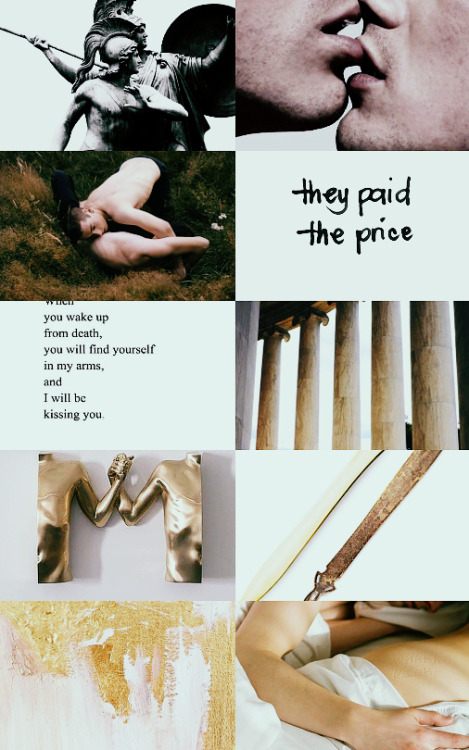 Why do all my professors insist that guy on guy relationships in Greek and Roman literature are ambiguous? They are all like “could be his father or they could be banging. The world will never know! It’s such a riddle.” Talk about two ends of the extreme! Like, teach, if there is a 50% chance they are banging and they call the dude “my love” or “my beloved” then they are banging.

#the illiad, #patroclus, #achilles, #nisus, #euryalus, #hylas, #heracles, #i could go on forever, #greek mythology, #roman epic, #my gay sons, #all of them, #also why do women have to be transformed into men in order to be with women, #get it together ancient Greece
1 notes · See All
iosatAudio

as searching up the sacred band of thebes (as one does) and ran across this. it actually has 0 to do with the sacred band, but that doesn’t stop people from linking them together.

nisus and euryalus by jean-baptiste roman, 1827.

Nisus and Euryalus are a pair of friends and lovers serving under Aeneas in the Aeneid, the Augustan epic by Virgil. Their foray among the enemy, narrated in Book nine, demonstrates their stealth and prowess as warriors, but ends as a tragedy: the loot Euryalus acquires (a glistening Rutulian helmet) attracts attention, and the two die together. Virgil presents their deaths as a loss of admirable loyalty and valor. They also appear in Book 5, during the funeral games of Anchises, where Virgil takes note of their amor pius, a love that exhibits the pietas that is Aeneas’s own distinguishing virtue.

anyway, i don’t have a long commentary on euryalus and nisus, but i do have feelings about this piece.

first, their hands. euryalus is dead and nisus holds his limp hand to his chest still, not ready to let go. i am struck by this because as much as we expect homoeroticism by the greeks, are they ever holding hands? (i have never seen it, if you have please point me in the right direction.)

euryalus’ torso. he’s been stabbed through the heart (UGH) and his back is arched such that we get a view of his ribcage like we don’t normally see. an unbearded youth, he hasn’t even made it to the prime of his life. you could imagine nisus’ hand stroking across that abdomen …

nisus looks up – i can’t recall what’s happening in the aeneid and the only copy i have on hand is in latin (because of course) but i’ll imagine he’s looking up to the gods and asking why. (what a trojan, a sword in the hand not clutching euryalus and a quiver of arrows on his back.)

this is some marvelous work here. euryalus, tangled in whatever the fuck that fabric is supposed to be. what’s he lying on? why are they naked when they have so much clothing beneath them?

their feet! those asses! you see from this angle that he’s got an animal pelt draped across his back and that’s what he’s got in the crook of his elbow.

anyway. (i also love that kid hiding behind the base back there.)

can you tell i’m a sucker for doomed love? UGH. let them live.

(totally not gonna get into the pederasty in this story. in the sculpture they’re depicted of an age (neither bearded) so we’ll go with that.)

lol y’all. nisus has a spear thru his chest.

he’s on his way down and he’ll fall right onto euryalus.

ugh, this angle – look at the curve in euryalus’ body. i can’t anymore. now i have to go to paris so i can set my eyes upon this in person.