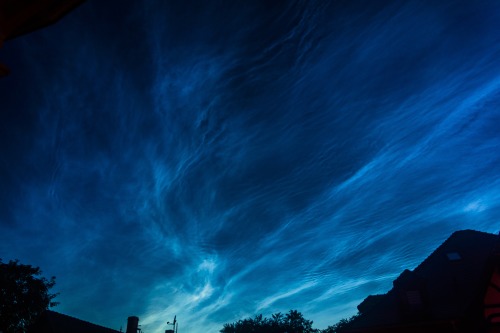 The season for noctilucent clouds is coming to an end, but what a great season it has been. On the second photo you can see planet Venus shining bright. 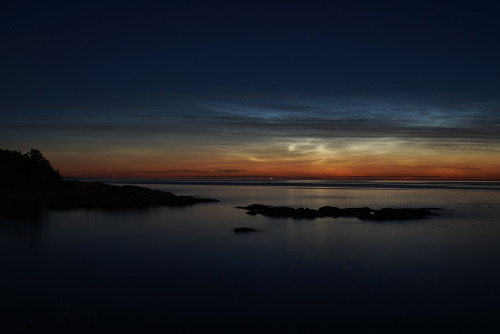 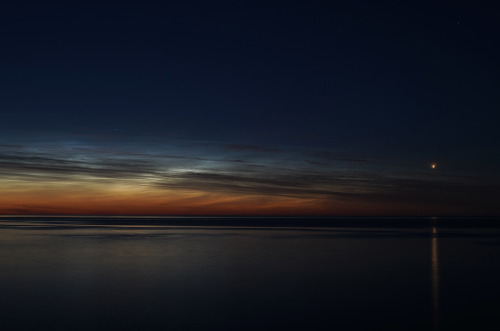 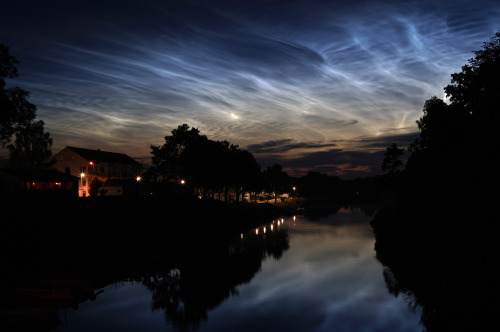 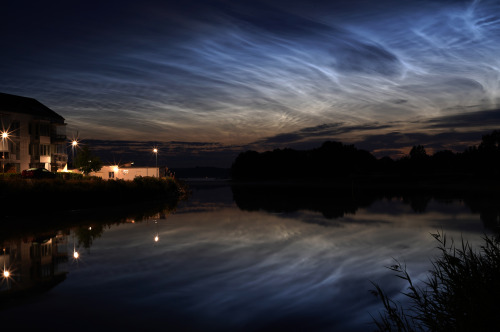 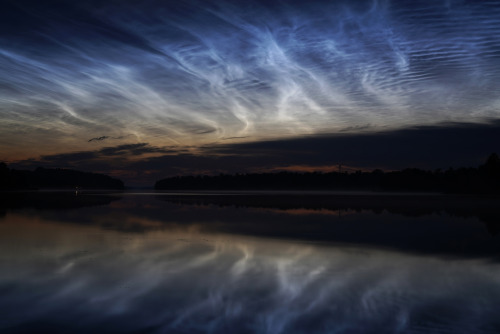 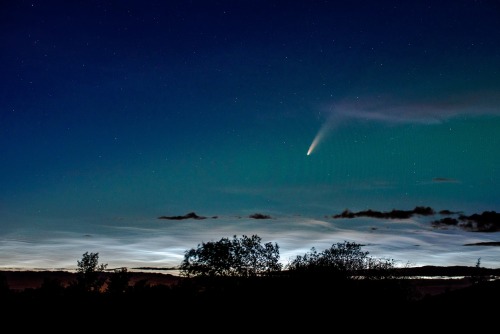 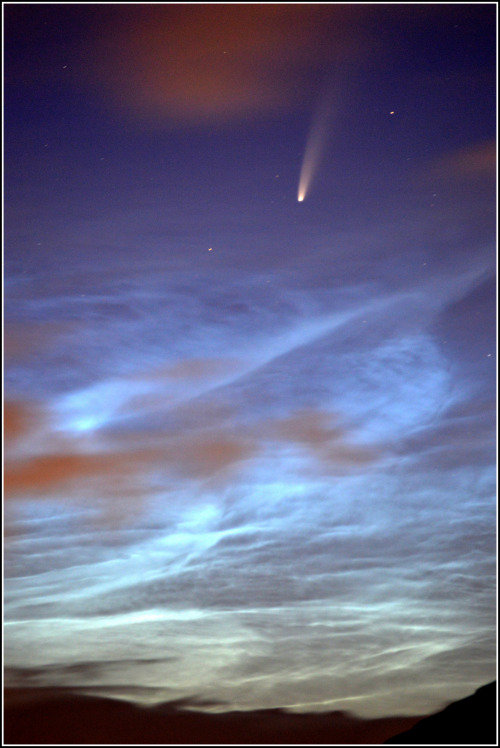 I was joined by a curious swan while I was photographing some of the brightest noctilucent clouds I have ever seen last night. These clouds may also be a warning sign of the climate crisis. They were first recorded in 1885 and were rarely seen for years afterwards, largely in polar regions. But in recent times the clouds have appeared much further afield and are growing much brighter.

Much of the moisture needed to form the clouds comes from methane, a potent greenhouse gas that produces water vapour when it breaks down in the upper atmosphere. And as methane pollution has increased, so noctilucent clouds have grown more common and more widespread.

A nice display of noctilucent clouds (above the sheep) just after midnight this morning. They’re VERY high up, around 200,000ft where it is VERY cold, so the ice crystals reflect sunlight well into the night, and give the clouds a strange ethereal shining blue appearance 🙂 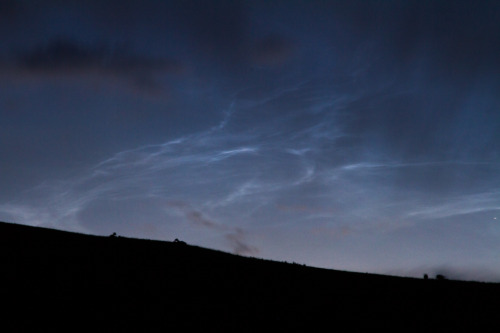 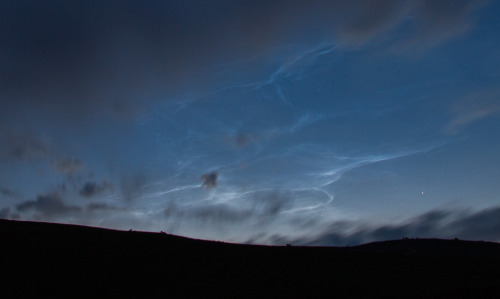 It looks like a ring of blue fire in the sky. But, in fact, that swirl of sapphire over the North Pole and Greenland is actually ice — that, and a bit of pulverized meteor dust.

They’re called “noctilucent clouds,” because they only appear after sunset. Blue and wispy, these moonlighting cirrus strands form high in the atmosphere in spring and summer, when the upper atmosphere starts to cool as the lower atmosphere warms. There, ice crystals hovering about 50 miles (80 kilometers) over Earth glom onto little particles of dust from smashed-up meteorites and other windblown sources, then condense into smoky ribbons of cloud. (The same phenomenon has been spotted on Mars.)

These are the highest clouds in the sky,and form so high up that they glow icy blue even after the sun appears to have passed below the horizon at ground level. Usually, they’re only spotted at high latitudes in warm months; the ring of clouds above, shown in a composite image taken by NASA’s Aeronomy of Ice in the Mesosphere (AIM) spacecraft — a satellite that measures how much sunlight is being reflected into space by high-atmosphere clouds — appeared over Greenland on June 12, 2019. 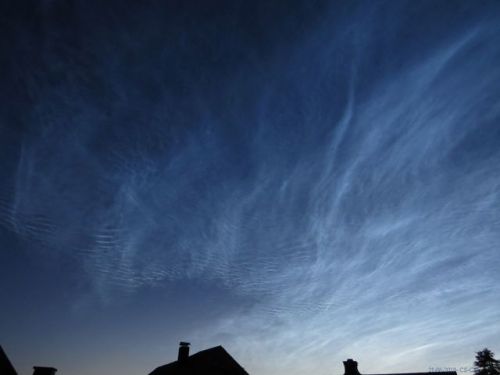 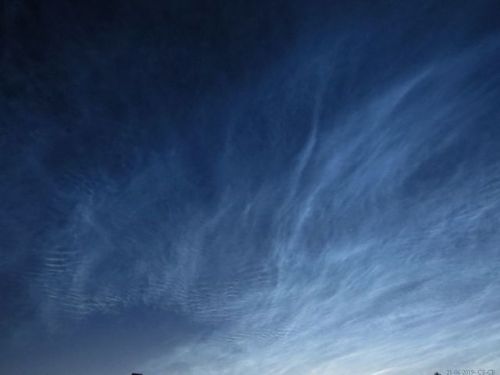 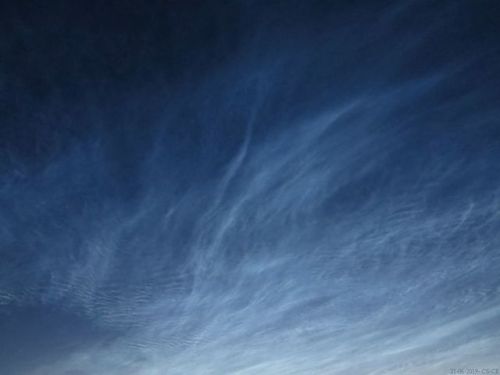 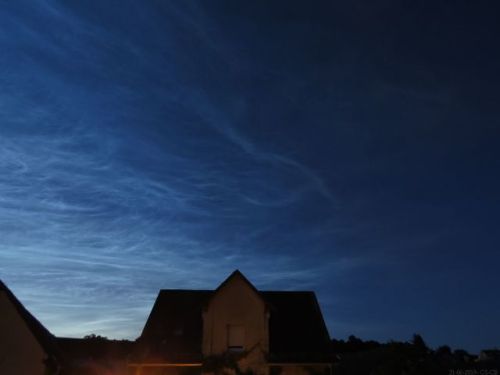 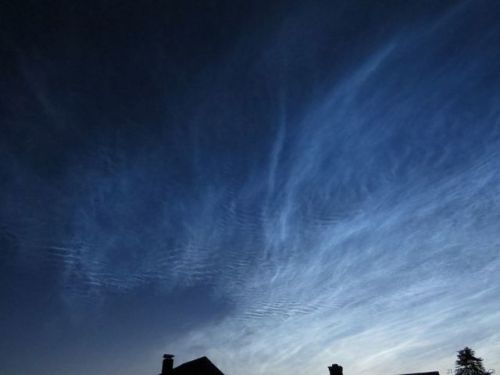 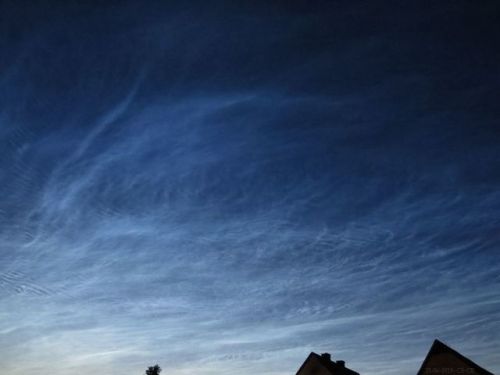 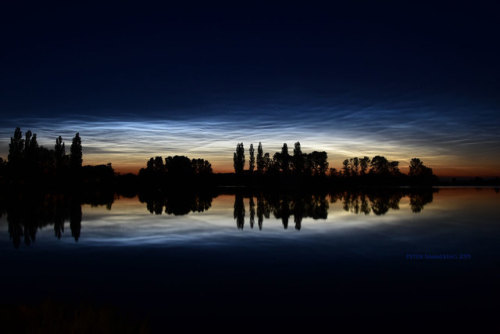