This is what I was expecting in the Hope lessons

I started the Hope lessons on Duolingo today, and it is a lot darker than I was expecting!!!!

Hei! Day 5 of learning Norwegian has come to a close. I am extremely proud of my progress today! I moved on to the next “level” of my learning, which I basically determine by my familiarity with pronouns, basic verbs, and beginner’s vocabulary. Here are a few takeaways:

I am truly enjoying Norwegian far! To get a little sappy and personal, I decided to learn the language because of my heritage. Growing up, I always had a very Italian family (where I picked up on some of that language) and I knew I was also ¼ Polish (I know the basics of Polish– my mom usually only speaks it if she’s yelling at me! Oops!). I recently had my DNA tested though, and while the Italian and Polish percentages were true to what I had been told, I found out I was 1% Norwegian! It was like a little, tiny part of me that I never knew existed! Anyway, I just thought that was a fun little “get to know me” tidbit, sorry for the long read! Hope everyone is doing well!

Duolingo with the FACTS!!!!! In this house, we accept that no means no!

I feel like we were robbed of a nice wlw storyline in Skam. 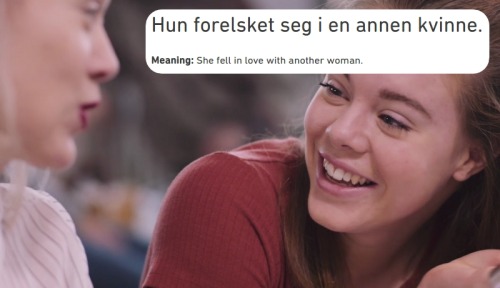 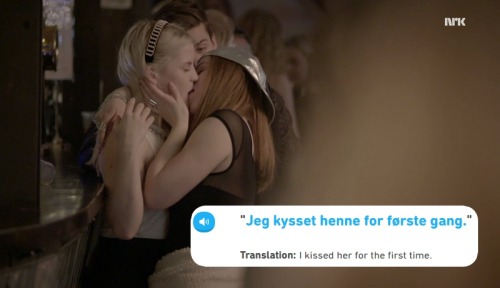 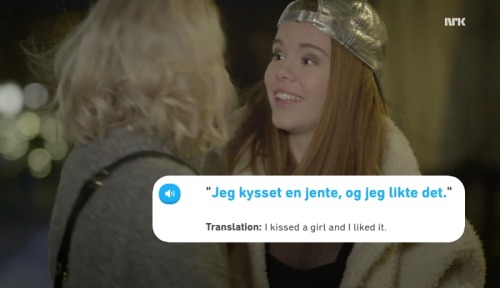 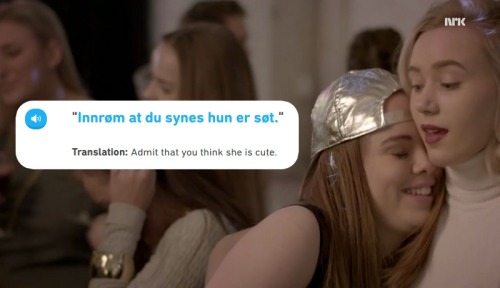 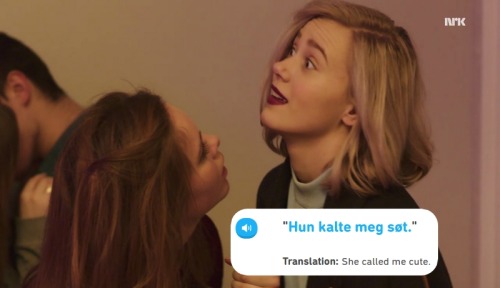 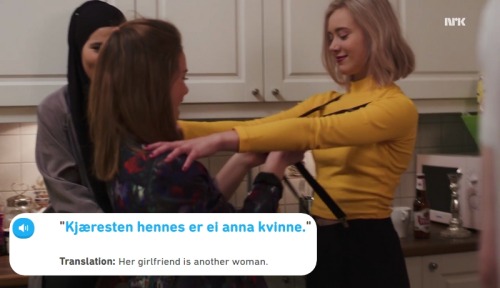 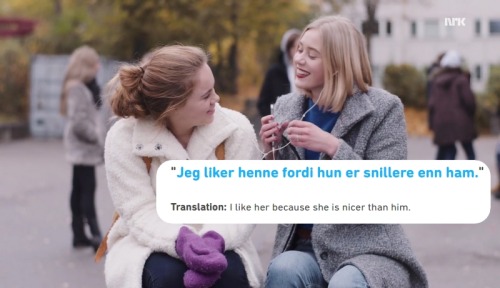 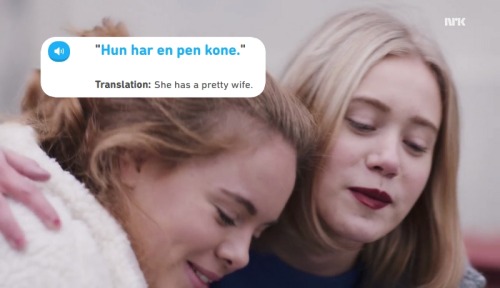 Ok I cannot stop listening to this song! I had to look up the lyrics because I’m not advanced enough yet to know exactly what he was talking about, but I got the general gist at first. It’s so catchy! (I’m probably a little late to this song since it came out in March, but it’s still good!)

å skjerpes to be sharpened

å le av to laugh at

å la være to let it be

å få nok av to have enough of

Completed level 5 of the School lesson on Duolingo.

Completed the 3 revision lessons on Duolingo.

This is totally random but I love how the word “never” is said in Norwegian, it sounds so cute.

#i know it’s stupid but i really like it 😆, #though everything sounds cute in norwegian to me, #random post, #norsk, #norwegian
1 notes · See All
an-aussie-learning-norwegianText

So I’ve started a side blog. Another one!! This one is just for my attempts to learn Norwegian. I’m hoping it’ll make me a little more accountable about what I do each day, and help with keeping tabs on the helpful info I see so many other langblrs putting out there.

I’ve been learning Norwegian now for about 10 months. I’m still really enjoying it, although sometime I think my progress is too slow, but then I read a headline on a story, or understand a silly meme and I get so excited.

My goal at the moment is to be able to read the first Harry Potter book in Norwegian. It feels a long way off, but I’m in no real rush.

I want to write here what I do each day, hopefully to motivate myself to work a little harder!! Maybe one day if I’m ever brave enough I’ll try to write in Norwegian.

As I said, it’s a side blog, so any likes/follows will be from @softforthoseboys

Completed level 4 of the School lesson in Duolingo

Finished the 3 revision lessons in Duolingo

Read/listened to the Introduction Chapter of Teach Yourself Complete Norwegian.

Listened to some songs in Norwegian.

Literally the first thing that popped up.

During my Norwegian studies, I’ve noticed this tiny hiccup in my learning: if, for example, I see that something says, “Jeg ser en gutt” I almost automatically translate it to “I am a boy” instead of “I see a boy”. For background, I am fluent in Spanish and the verb ser in Spanish means “to be”, so I always have to mentally correct myself! No biggie, I just thought it was a funny crossover between two languages that have absolutely nothing in common! It’s a small world! :)

Bare is used where in English we could use only or just:

I would say that akkurat is more like exactly:

There are a couple of other words that can be used where in English we’d use ‘just’, so I’ll talk about those too briefly.

And then there’s kun. Kun is used in a very similar way to bare, but it’s a lot less common and can be seen as a bit old-fashioned. Generally speaking, kun is used before numbers:

But it’s also used in a stronger/more restrictive sense than bare:

Hopefully that helps and doesn’t overcomplicate anything! Feel free to shoot me another ask if you’re still having trouble with it. Good luck with your Norwegian learning!

If I’ve made any mistakes, please tell me!