The Wooden Boxes :: Derek Kinne soon to be presented for sale on the outstanding BookLovers of Bath web site!
London: Frederick Muller, 1955, Hardback in dust wrapper.
From the cover: Last year the name of a new British hero was added to those on the military roll: Fusilier Derek Godfrey Kinne of the Royal Northumberland Fusiliers whose services in North Korea were recognized by the award of the…

Trump restricts purchase of UAS from Iran, three other states

Trump restricts purchase of UAS from Iran, three other states

US President Donald Trump signed an executive order on Monday restricting the purchase of unmanned aircraft systems from the so-called “adversary countries,” namely Russia, China, Iran, and North Korea.
“UAS are used, for example, to assist law enforcement and support natural disaster relief efforts. Reliance on UAS and components manufactured by our adversaries, however, threatens our national…

i learned that when North Korea forced several officers from a captured US Navy spy ship to take a photo demonstrating their happiness, they all raised their middle finger, claiming it was a “Hawaiian good luck sign”. The photo was published by North Korea (x)

Being caught with a Bible in North Korea will mean interrogation and arrest - that’s why many Christians, like Seojun, memorize big chunks of scripture. Please pray for them.

Lord God, I can’t imagine what it’s like for Christians in North Korea. But thank You that You will never abandon them, and that You are with them whatever they suffer. Please help North Korean believers to not just survive but to be joyful, despite everything. Give them boldness and courage. Bring justice, peace and freedom to North Korea. Be known there. Amen. 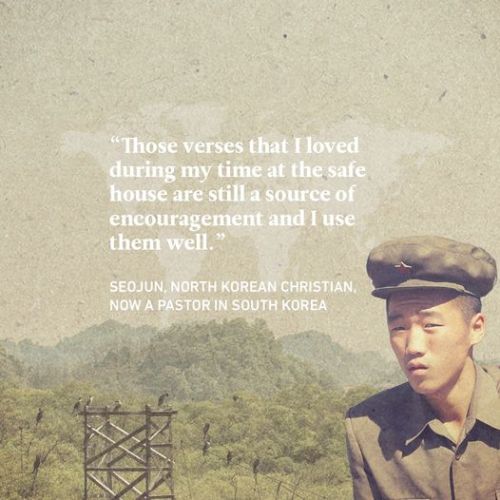 North Korea is currently holding its Eighth Workers’ Party Congress, setting forth key policy directions for this year and the near future. The event is significant as it’s the first such congress held since 2016. Although still ongoing, leader Kim Jong Un’s remarks over the past few days have offered several key insights on what direction North Korea may choose to take in… Residents survive in a city boarded up, with all the troops and a Baghdad-style Green-Zone…Unnerving photos have been sent to journalists from residents of the under-threat city…

To Comment? Suggest? Argue? ; write to us on Twitter or check out TFP.LA for our Other Media and work… 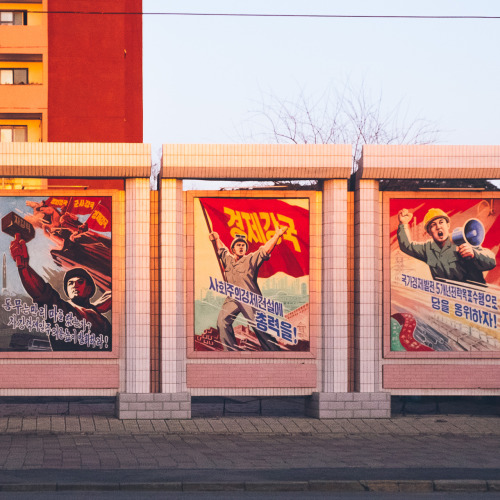 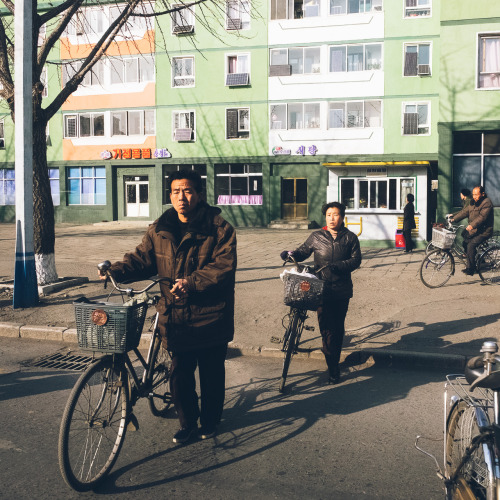 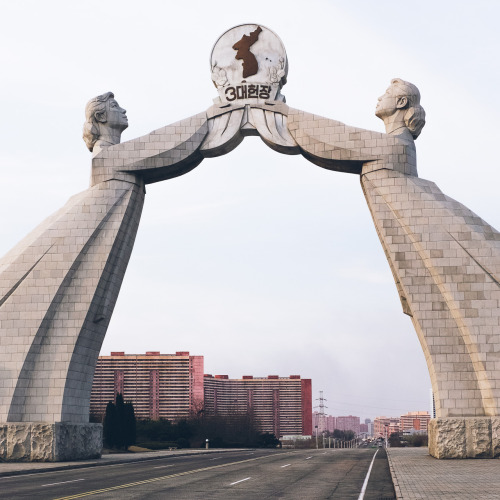 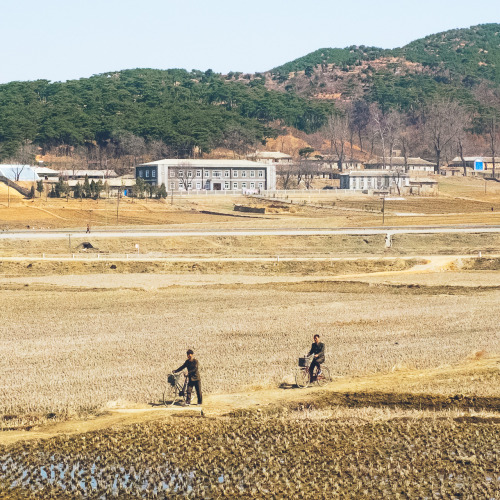 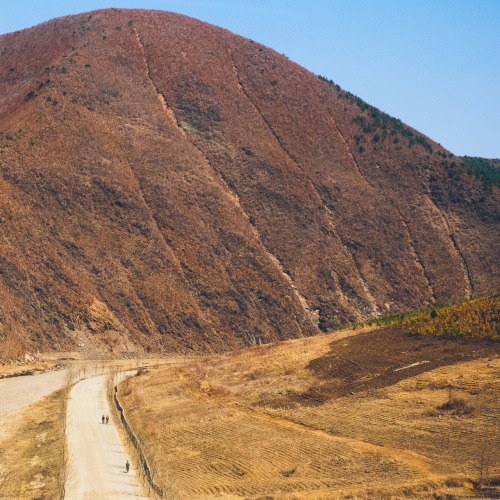 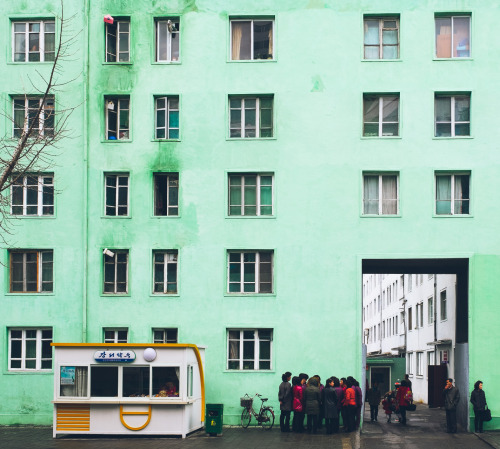 2021/1/15 Today is North Korea’s “Chosungul Day”.
Chosungul is the name of Hangul in North Korea.
In January 1444, King Sejong of Korea created “Hunminjeongeum,” which is the basis of Hangul, and the 15th day in between was designated as an anniversary.

Military equipments are seen during a military parade in Pyongyang, North Korea.

North Korea displayed what appeared to be a new submarine-launched ballistic missile (SLBM) at a parade on Thursday night, state media reported, capping more than a week of political meetings with a show of military might.
Clad in a leather coat and fur hat, leader Kim Jong Un smiled and waved as he oversaw the…

North Korea will pivot away from nuclear missile tests under a much less lenient Biden administration, but instead of dismantling their stockpile they’ll just slap a new name on it; instead of calling them missiles, they’ll call them rockets, and instead of warheads, they’ll call them crew capsules.  Suddenly North Korea has a “space program” that has absolutely nothing to do with their “defunct” nuclear program, wink wink, legal loophole, wink, skirting sanctions, wink wink.

The actual crew capsules will be small and low tech, glorified Mercury/Vostok capsules, Cold War era hardware held together with duct tape and prayer.  The first manned missions will fail spectacularly, killing the pilot and being swept under the rug like they never happened; official state media will only mention the successful ones, but they can’t really hide the unsuccessful ones.  They either explode on the launchpad, triggering seismic detectors around the world, or they launch successfully and explode midair and are detected like any other missile launch.  North Korea will go through as many unwilling human guinea pigs as it takes to put a man in space atop a refurbished nuclear missile (of course they’ll all claim to be volunteers, it just so happens that if they refuse the state will find evidence that they and their entire families are enemies of the state for “unrelated” crimes).

These guinea pigs will be called ujunauts, from the Korean word for “space” (compare to astronaut, cosmonaut, and taikonaut from English, Russian, and Chinese respectively).  North Korea will be just the fourth country to independently put a man in space, all in the pursuit of an orbital nuclear arsenal.  They’ll quickly try to set up a space station from cobbled together parts reminiscent of Salyut or Skylab, defying international treaties to put radioactive material in orbit, at which the Biden administration will wag a very angry finger but do nothing of substance to stop.

The North Korean Space Program will be propped up by China and private spaceflight companies because it is cheaper to launch overseas than in the United States.  Elon Musk will join the ranks of Dennis Rodman and Donald Trump as American emissaries to the hermit kingdom; he’ll tweet about how Kim Jong Un is actually a really cool guy who is more than willing to supply warm bodies for SpaceX’s Mars slave colonies in the 2030s (which won’t actually go anywhere because SpaceX will go bankrupt before putting a man on Mars; it’s all a supervillain pipe dream)