Trending Blogs
#not shipping anyone
weatherthestormtogetherText

OMG who should I ship?! So many non-possibilities reading Tumblr especially involving the married!Lizzie who wears too much make-up like she’s a hooker instead of an FBI agent (doesn’t stop them that she’s married). Ships mentioned on here:

- Lizzie/Red - that’s a good one LOL, he may be her father

- Lizzie/Ressler - they have a professional relationship and that’s all

- Lizzie/Tom - her husband!!! (not sure anybody ships this legitimate couple LOL I don’t because I don’t like either of them that much)

- a new one I just read about, get this: Red/Lizzie’s adoptive father, how ridiculous could people get, they only shared a little scene where he murdered him!!!!!! and a person ships them??!!!

No longer reading Tumblr about this show. I get why people see shippers as stupid. I think it depends on if you’re shipping a legitimate couple or not.

It’s an okay show, not a very addictive one, but I’m really bothered by all the violence shown. In every single episode. Is that a requirement now on network shows? Somebody explain why viewers have to be subjected to so much violence.

#shipping stupidity, #not shipping anyone
0 notes · See All
buymeafalafelText

I’ll just say that is not anyone’s business because, no one really knows what is going on between Mikey and Alicia, and no, just because you have seen all the tweets about the whole thing before they got deleted doesn’t mean that you know the story. Yeah, might be a hard time for Alicia or at least it seems like it is. And Sarah really likes to document everything on internet and Mikey… I don’t really know, he’s smiling a lot so I bet he’s okay but obviously this wasn’t the way, lol.

Lynz calmed down so why don’t all of you super true fans from mcrmy do the same? this gets into a thing called personal michael james way’s life. But the Mikey’s tag is so hilarious and full of emotions (btw).

Even Perez Hilton talked about this, damn, sooper gozzip

And well I made my part, as a fan, talking about the ‘scandal’.

take a chill pill guyz or a family breakfast…

Ps; Bob Bryar is a fucking genius, still my favorite not-even-a-member.
And yeah, sorry about the little spam. 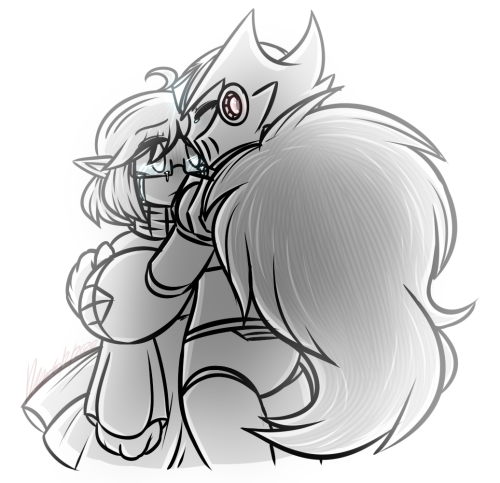 #ship: someone worth fighting for, #my art, #oh hey i managed to draw something today, #trying to ease my mind with art and idk if it's helping or not, #i don't say stuff like this often but, #don't rb pls;;;;, #i would vent in the tags but. nah. y'all don't want to see that., #and i wouldn't want to put that on anyone given how things are right now
0 notes · See All
serrabearText

SO 👉🏻👈🏻 This is one of those “draw your ot3” things… I have art of the three without using a base but I’m testing the waters. Please don’t be too harsh, I’m just a simple (20yearold) child who loves them both.

I DIDNT WRITE DOWN WHO MADE THE ORIGINAL FUCK- IM GONNA LOOK FOR IT HOLD ON (FOUND IT: @mh-presents)

#hlvrai, #oc x canon, #tommy x addy x benry, #no clue what ship name they have, #I am very sorry to everyone and anyone who has to see this abomination, #my art, #partially, #draw your squad, #draw your ot3, #hlvrai tommy, #tommy coolatta, #benry, #benrey, #hlvrai benrey, #hlvrai addy, #Addy, #Addison Valentine
10 notes · See All
starrystoziersPhoto

(sydney is bi-coded in the graphic novel)

i see people theorizing about fly betraying mateo etc and well… whatever happens i think it was clear right from the moment fly gave mateo a razor that this isn’t gonna end well for the characters, i was sure it will hurt at least one of them, possibly both of them, now there are so many options of how things can go wrong, but if fly ditches mateo to save himself i wouldn’t be surprised, i don’t think he would survive living the life he’s living if he weren’t ready to do it, so basically what i’m saying is: i was ready for the ship to sink before it even sailed and i’m going down with it whatever fucked up way it will end, because the dynamic was kind of fucked up right from the beginning and if you thought that story can have a sort of happy turn (at least in case of the relationship between the boys) you haven’t been paying attention

#honestly at this point it totally feels like rico might betray him, #but then looking at mateo and his guilt he might as well go confess and try to turn himself in, #when he'll find out that diego is dying for him, #so who knows what will happen there, #but the fact that fly is ready to leave anyone behind to save himself? yeah probably, #it makes a lot of sense for the character, #anyway whatever happens it's gonna be really bad, #and i won't be surprised that even with betraying mateo to save himself fly would die anyway, #so yeah this ship is a car crash, #you know it will be bad but you can't take your eyes of what's happening anyway, #flyvega, #penny dreadful city of angels
1 notes · See All
true-blue-dreamText

#promare, #lio x galo, #shiiiiiip, #I TOTALLY SHIP IT, #I know im late as hell shut up, #oh my god i know understand some of those references from the movie, #ive never seen anything so colorful, #can anyone tell me when this will be released in the u.s.?, #please
1 notes · See All
mentat-mayorAnswer

The two of us together, the world ain’t got a prayer~

#anon, #ask meme, #seriously i am happy to ship with anyone, #you, #your ocs, #your ocs sister, #you just gotta ask my guys, #im flexible
2 notes · See All
folansstuffText

i think a lot about the parent/child dynamic between ritsuka and jack all the time.

like the apocrypha event really kicked it into overdrive, since a good chunk of the event cutscenes are ritsuka and jack interacting and its all just really sweet? like after she joins the group they all look at her in shock and you have the opportunity to comfort her in the most gentle, parental voice possible and i can only image that thats the sort of thing ritsuka does with jack normally

but also could you fucking imagine working at chaldea and seeing that? youre some new worker and you see this little girl running around calling ristsuka “mommy” and after checking with the staff that she is a heroic spirit and she is meant to be here you find out that shes jack the ripper? and now you have to work out how the little girl asking humanities last master if she can stay up late to have a movie night with santa lily, abigail and nursery rhyme is meant to be the legendary and mysterious serial killer and all the other staff members can tell you is to not worry about it

and ritsuka just goes “yeah shes a child so i just treat her like one, whats she gonna do stab me?” and proceeds to fret over whether or not shes eating enough vegetables

#if anyone makes this a shipping post i will find you, #fgo, #fate grand order, #fate jack, #ritsuka, #ritsuka fujimaru, #its just very cute
49 notes · See All
cloudy-whalesText

#the hollow, #screencap redraw, #the hollow fanart, #fanart, #fan art, #digital art, #art, #digital drawing, #misc art, #Mira is the best dont @ me, #also i dont ship kai and adam but the fanart is cute, #actually i dont ship anyone which is weird because im multiship trash
10 notes · See All
marshmeadow12Text

Hmmm. Is this what it’s like for every fan in every fandom?

I’ll str8 up say it tho I do NOT like Mai and Zuko as a couple so far; they are awful together

#obvi I'm exaggerating, #and I'm not mad at anyone who does like them lol, #but WOOF def not my cup o' tea when it comes to ships
1 notes · See All
nerdgirl113Text

Val’s the only one of my main ghostsonas that’s in a relationship.

#stupid thoughts, #i’m open to making more ships, #anyone wanna ship, #i have like 100 ships already, #BUT I WANT MORE!!!
5 notes · See All
undertaleau-headcanonsAnswer

Oh yes but oh no

#cue panicky ink maybe?, #i feel like he would get a bit panicky already regarding things ither than memories being forgotten-, #to definitely not gonna react well to being told he deserves to be all forgotten n stuff-, #ink, #cross, #inktale, #xtale, #but do i smell shipping opportunity 👀, #apology cuddles anyone?, #ink sans, #cross sans, #ink!tale, #ink!sans, #x!tale, #xtale!sans, #undertale, #undertale au, #undertale aus
37 notes · See All
lesbiandarthmaulText
maulsapprentice replied to your post “Wait do you ship maulsoka”

why do you have to ship them tho…. like I agree they are perfect foils for one another and they have a lot in common, but it being romantic is just weird and feels so wrong. like,, I love the idea of them being frenemies but, romance is just *vomitting emoji*

this is far from the worst thing i’ve ever shipped lmfaoo, and i totally get that it’s gross and uncomfy for a lot of people, so all i can say is… idk man! they ring certain bells of mine! sometimes i just wanna watch two fake people tear each other to pieces in the most profound way possible

Same!!! I told my friends I shipped them and they just didn’t understand

blisschen replied to your post “Wait do you ship maulsoka”

there’s dozens of us, DOZENS

we are legion* (*some figures may be exaggerated)

#maulsapprentice, #rep, #i-hate-you-beastie, #blisschen, #if anyone can guess what gross ships i've shipped in the past you get a prize!
4 notes · See All
afterglowwsText

#i'm not black and i don't want to speak over anyone, #but people who are turning karlie's instagram story into ~kaylor proof~ are so fucking gross, #stop making the black lives matter movement about your ship, #channel that energy into signing petitions and donating oh my god
11 notes · See All
nnnnnnghText

A take of some sorts

#fanfiction, #meme, #shipping, #this aint to bash anyone, #read whatever ya want, #that’s just my preference, #and i saw the second tag the other day and couldnt unthink this
1 notes · See All
kkankuroAnswer

ohh! i never really considered that ship! that’s so cute. not my thing personally but i can see the appeal behind it :)

#a replies, #anonymous, #maybe bc i cant rly ship gaara and lee with anyone else except each other im That Person
13 notes · See All
neon-ratText

#credit to Disco for the name it came from us wondering if anyone out there ships Poison and Cherri, #cishet furniture au
27 notes · See All
Next Page