27.10.2020 » im gonna keep it real with you chief, online classes? not going well. motivation? none. focus? none. internet connection? shit. hotel? trivago. but at least the leaves outside are pretty. 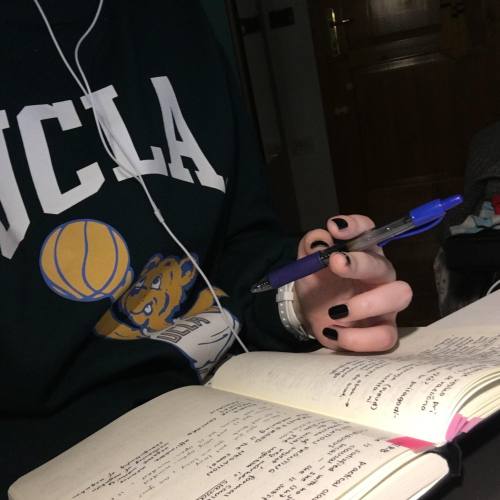 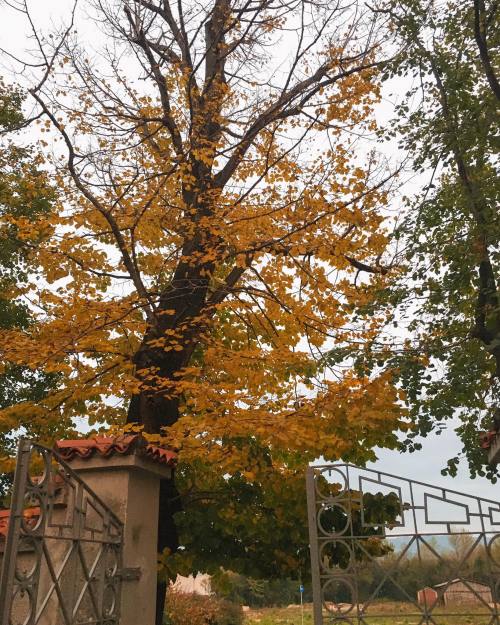 I love psychology so much,truly.I adore the subject so much and it is something I genuinely want to go ahead with and yes it has its flaws i get it but the potential i see in it is so fricking exciting to me! :) It used to make me so sad to hear people tell me that its one of the most useless degrees and i dont know man ‘useless’ is subjective :) so fuck you if you’re someone who bashes psych major students on their choice of learning. 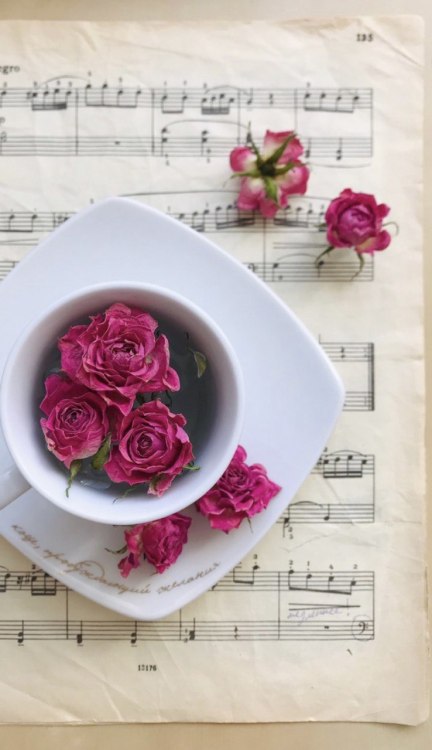 Credits: мэйси on we heart it 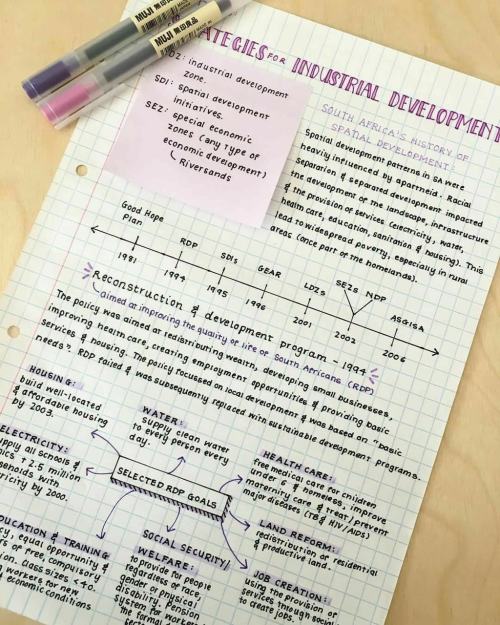 Idk when this saga of me writing endless notes will end 😂 I’ve been writing notes from weeks now and there’s still more to write! Physics and org chem’s killing me T T

#lmao guess who lost track of time, #ive got a class in 5hrs and i havent slept, #rip to my eyes ♡, #OKAY LATER!!! ly all, #notes, #heres to hoping it’ll get cancelled
3 notes · See All
commanderserwinAnswer

Things I’ve been doing in quarantine part one: pen palling with my friends and redecorating my room~ my friends and I have also been including random stuff in the envelopes too and it’s such a blessing to send and receive ✨ 💌

#alhamdulillah, #💕, #studyblr, #studyspo, #notes, #my friend sent me that 💕, #we started doing art together on zoom also, #I miss it lol I haven’t gotten a chance to do it since I started working
5 notes · See All
0thelloText

I keep seeing posts about how to prep for a study session by first cleaning everything, washing your face, making a snack, etc etc etc. That may totally work for some people, but for me it’s a way of procrastinating. And on top of that in doing all this prep work I build up this Major Perfect Study Session ™ in my mind so that when I sit down at my clean desk with my snack and my clean face and everything else, I’m either distracted or way too overwhelmed with the pressure to live up to this super high standard in my studying.

Just wanted to put it out there that if that works for you, great, go for it. But I think it can be great to just seize the tiniest urge to study or even the feeling of “I could probably tolerate focusing right now” and sit down, right on the spot, and go for it. However far you get is awesome! The same holds true for other things like chores, and for me especially, working out. Since everything is shut down and I work out at home, I just get up and start as soon as I get the thought “I could stand to move around a bit right now.” If I start worrying about what sports bra to wear, what protein snack to prepare in advance, etc. I immediately become distracted as by brain jumps on the Procrastination Opportunity, and end up never working out.

Do what works for you. Learning at a messy desk, without a snack, for only fifteen minutes is infinitely better than getting overwhelmed at a clean desk or distracted by your snack, and not learning anything.

“When I was one-and-twenty

I heard a wise man say,

‘Give crowns and pounds and guineas

But not your heart away;

Give pearls away and rubies

But keep your fancy free.’

But I was one-and-twenty,

No use to talk to me.

When I was one-and-twenty

I heard him say again,

‘The heart out of the bosom

Was never given in vain;

’Tis paid with sighs a plenty

And sold for endless rue.’

And I am two-and-twenty,

im very honored to be ur first friend in this house i will be a better friend and come here often ! i lov u goodluck on ur paper

ok did i say i love u ? will say it again

Credits: youm._. on ig ; Glowenz on we heart it 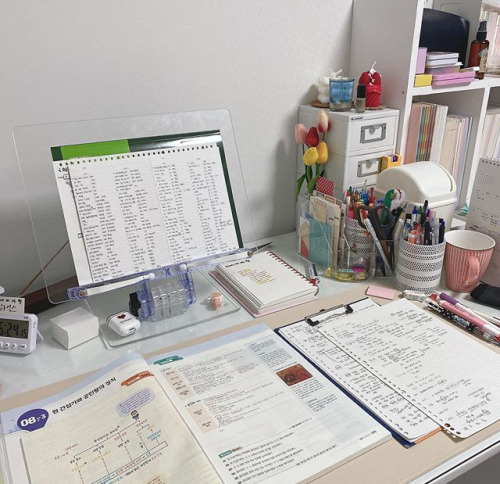 10:00pm — Today, I went through 3 chapters and took notes. I work full time (luckily remote right now) so there’s less on weekdays and more on weekends.

I had originally planned my exam for 11/30, but decided since my state doesn’t have continuous testing yet, I should use all the time I possibly could so I could have a solid chance of passing on the first go.

Right now, I am reading through each module and take notes. I’ll combine these notes at the end to make a study guide and run through MCQs. I feel like this is the best way for me to really retain all the information in this section.

That’s it for today.  Goodnight! 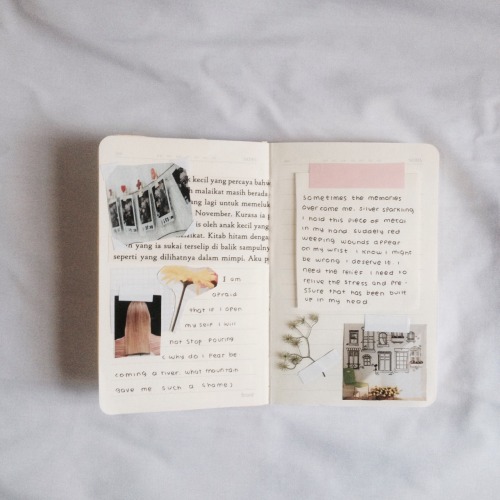 Credits: Mickey on we heart it 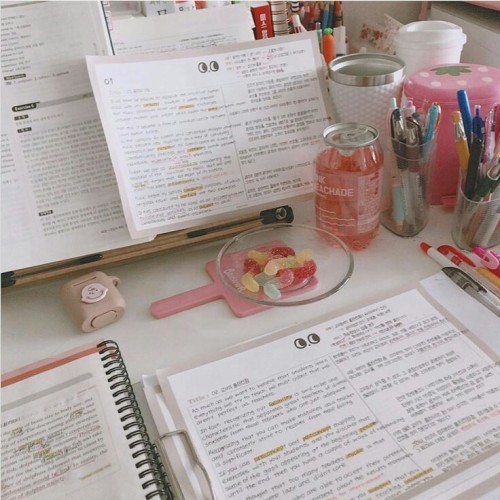 In this chapter we’re going to talk about:

T4 and T3 are tyrosine based hormones. Produced by the follicular cells (thyrocytes).

Iodide (I-) is taken from the bloodstream by follicular cells to the colloid where it gets oxidized to iodine (I) then it combines with thyroglobulin to form MIT (monoiodotyrosine) and DIT (diiodotyrosine) .

Iodinated thyroglobulin is transported back to the follicular cells and is cleaved by lysosomes.

T4 & T3 are then released into the circulation through MCT transporter.

T4 & T3 bind in the plasma to plasma proteins such as:

The bound form is the inactive form. While free T3 & T4 form the active form that works on cells.

Note that inside the cell T4 is coverted to T3 by 5-Iodinase.

Single polypeptide (preproinsulin) ➡ proinsulin (which has 3 chains : peptide A, peptide B and peptide C in between.

Activates the formation of glycogen

A hormone produced by alpha cells which are cells in the islets of langerhans.

And it does that by:

Glucagon is a catabolic hormone which means it promotes the breaking down of large storage molecules inside certain tissues into small energy molecules in the blood.

With this we’re done with a good part of endocrine physiology!Next, we’re going to start with clinical cases and diseases related to the endocrine system (aka we’re gonna get serious SERIOUS xD) I hope you find this helpful in reviewing or studying ☺

Thank you so much🌸🍃

helloooooo, never actually updated you guys since my last post and a lot of things ended up happening, but everything is getting better now bc after every storm comes a rainbow!

📖 and, to better my week i made scones!! definitely the most important part of my week lol, food! now i’m back to the routine of studying since i spent the entire weekend completely unfocused from the school work and all those colorful papers full of knowledge, and now we’re headin to our next stop, geography test!