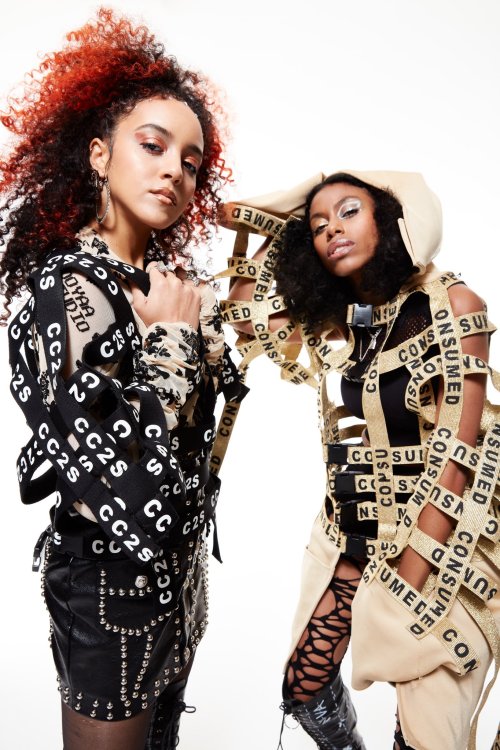 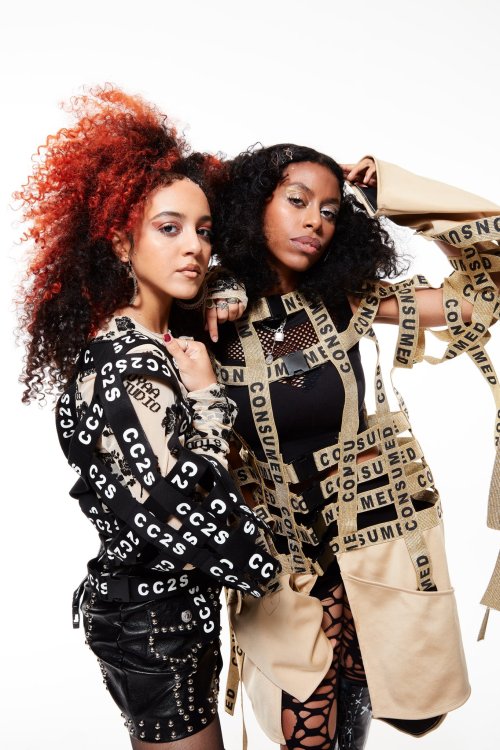 A fanart of the greaaaaat band Nova Twins 👽👽 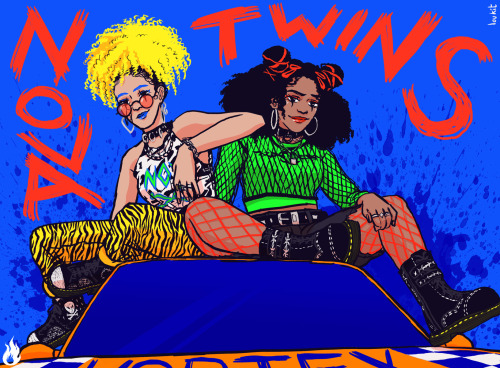 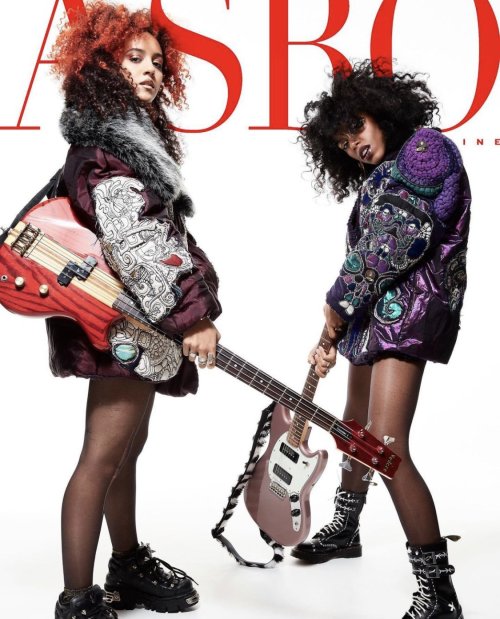 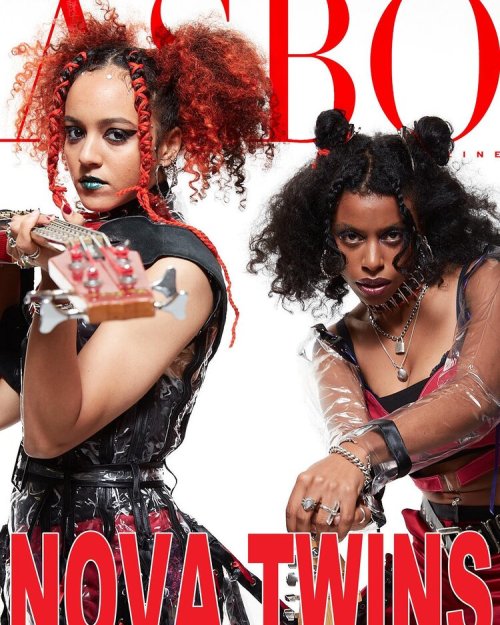 One dreary day in the forgettable fog that was 2020, we took a mental health day and decided to watch music-influenced films such as Almost Famous, Rocketman and yes, even a Taylor Swift documentary.

Now, before you revoke our metal card, let us take you on a bit of a thought process – a “think piece,” if you will. No, not about a mid-level band struggling with their own limitations (yes, an Almost Famous reference in 2021) but rather a mid-level genre and fanbase struggling with what it used to be. 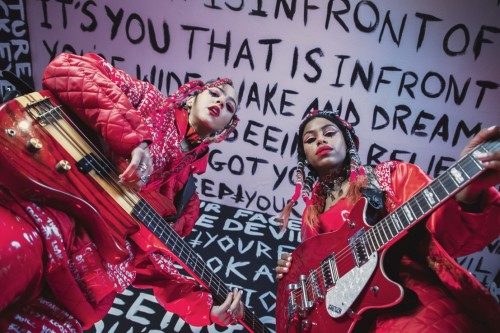 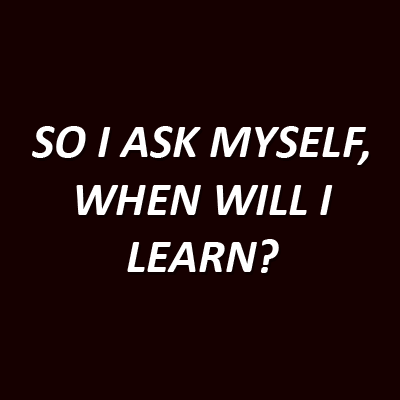 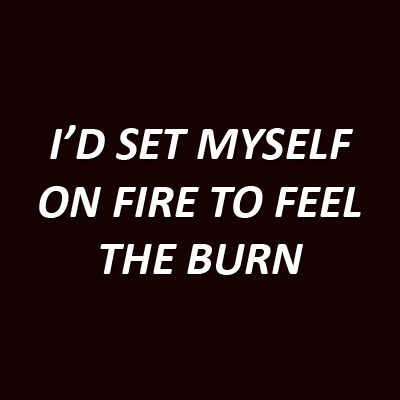 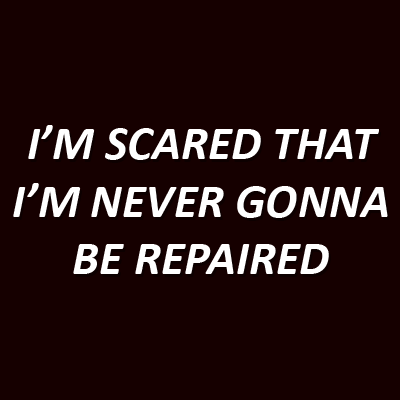 FIVE ALBUMS YOU NEED IN YOUR LIFE RIGHT NOW!!!

Yep, I have a classic rock blog. Yep, I think that the best rock and roll in history is being made RIGHT NOW. And yep, ALL of it is being made by women.

(Shown at top, Nova Twins by Ant Adams [x] and The Tissues by Michael Espleta [x]. I was planning to make a collage of all my faves in concert, but  not all of them were able to play in 2020. Both of these photos are pre-pandemic.)

There’s been quite a bit of movement on this list, and all five of these have spent some time at Number 1 as the year has done (gestures broadly) All This™. Anyone looking for rock and roll is going to dig any of these.

Rocking out is just the start of it, though. Wrestling with my bipolarity and schizophrenia is tough on a good day, and there haven’t been too many of those lately. The plague has also taken its toll around me, with two family members dead and a third who’s doing better, but will likely never be all the way back. (Mask up, kids!)

I’ve written plenty about how deeply Taylor Swift and Phoebe Bridgers have moved me this year (and will do so again), but in those rare stretches where I’ve had enough spare energy to listen to music at all these days, I’ve mostly been looking for more than beautiful music. Heavy times need heavy lifting, and I find that in heavy music.

The five albums here have all helped carry me, pointing the way toward light.

Alicia Bognanno is a force of nature as a guitarist, vocalist, composer, and producer/engineer. (While working on her degree in audio engineering at MTSU, she interned with Steve Albini, who remains both a fan and an admirer). A Nashville transplant from Minnesota, she’s still a natural fit in her home on Sub Pop: as heavy as Soundgarden, as hooky as Sleater-Kinney.

I was blown away hearing her searing honesty while working through her discoveries of her bisexuality and bipolarity (double bi!), and her triumphant roar lifts me out of my seat every time I listen.

“She sings the hell out of [these songs], her voice fraying to the point of combustion every time she launches to the top of her range. This is phenomenal music for converting anger and anxiety into unbound joy.” ~Stereogum, Album of the Week

Also, check this fantastic interview with Alicia in the New York Times talking about what she’s gone through to get here.

2) GANSER, LOOK AT THAT SKY

Ganser syndrome is a rare dissociative disorder characterized by nonsensical or wrong answers to questions and other dissociative symptoms such as fugue, amnesia or conversion disorder, often with visual pseudohallucinations and a decreased state of consciousness. ~Wikipedia #it me

‘Just Look At That Sky’ doesn’t presume to offer solutions; it’s an honest document of what it feels like to wade through anxiety, day by day, not a survival guide or handbook of answers none of us actually have. Whether or not you pay attention to this, Ganser are simply one of the most invigorating, exciting new bands. ~Clashmusic

I saw one very positive review compare Ganser to a cross between Fugazi and Sonic Youth, but I think they hit much, much harder than either of those. And as you can surely guess, I also deeply relate to their themes of mental illness and dissociation while trying to make it through All This™. But my god, are they TIGHT. This is a BAND.

Ganser has two fantastic lead vocalists, and on “Bad Form”, bassist/vocalist Alicia Gaines wrote the song for the voice of keyboardist/vocalist Nadia Garofolo. Alicia also wrote a FANTASTIC essay on the strains that making an album during a pandemic puts on the mental health of the entire band at talkhouse: “Writing, recording, reaching out, balancing relationships outside and within the band, I found (and still find) myself under-rested and agitated to no particular end. More than not doing enough, I was not enough.”

This video also does a fantastic job of showing dissociation. TURN IT UP!

“Blue Film” is a ten-song shot of dagger-twisting electro-(s)punk. It’s completely addictive from the very first listen. The tour de force is “Rear Window”, an art-punk masterpiece of slashing guitars and mad caterwauling. Copious doses of jaunty poetics and social commentary reward the earlooker patient enough to untangle Kristine Nevrose’s hysterical meowing about intergalactic salt shakers and hysterectomies, but I’m too emotionally invested to look under the hood.” ~ Sputnik Music

It’s not all heavy! But even when I’m looking for something light and hooky, I need a bite, and Gum Country has done it with the kind of swirly, feeedback-laden wall of sound that Lush or Yo La Tengo would make if they lived in LA. (Recent transplants to SoCal from Vancouver, I do think that the sunshine has gone straight to their heads, in the very best way.)

Indie music nerds will know guitarist/composer/singer/front woman Courtney Garvin from The Courtneys, and she really does throw up a glorious wall of sound. I adore this video too! Sweet, swinging, fun – and yes, the drummer is playing keyboard with one hand while slapping the skins with the other!

I mentioned earlier that all five of these albums have spent part of the year at #1 on my list – I think that this one might have spent the longest stretch there. Like all shoegaze, even as hooky as this, the truth of these songs is revealed in VOLUME. TURN IT UP!

Now, THIS is heavy! Amy Lee (vocals, guitar) and Georgia South (bass) are fucking LOUD, and insanely intense. A mix of grime, hip-hop, metal, punk, and good old rock and roll, they’re a harder-hitting, more theatrical Prodigy, with a pyre of intensity that recalls the heaviest howls of Rage Against The Machine. Indeed, Nova Twins spent a good bit of 2019 playing heavy metal festivals and toured as openers for Prophets of Rage. (Tom Morello has been a fan and supporter from the beginning.)

As you may have noted in the photo at the top of this post, their musical audacity extends to visuals too: they design their own clothes, hair, and makeup, they art direct their own videos, and more. They impress the hell out of me, and I’ve been a huge fan since hearing their first singles in 2018. I’ll plant a flag and say that Georgia South in particular is the most innovative musician on any instrument in any genre right now, but they’re both absolutely monsters.

I’m honestly not at all sure that #5 is high enough for this, but I’m absolutely certain that after this video, you’re gonna need to rest for a little. LOL

“Taxi” is the story of two gleefully and creatively violent women shaking up the local crime syndicate as they use a vintage cab for their moving murder scene. This is the movie that Robert Rodriguez wishes he was making with Sin City, if it were combined with Blade Runner and The Matrix. And gangsters. And a snake.

I’m gonna take your crown
I’m gonna, I’m gonna bleed you out
We demand it by the hour
We devour, control, power

I’m gonna burn it down
Even the, even the royals bow

So not the same kind of therapeutic work being explored on this rekkid, but you know what? Fucking shit up is therapeutic too!

Definitely take this full screen, and for the love of fuck, TURN IT UP!

SO. Not done with the best of 2020 yet? I’m sure not! A lot of my favorite songs aren’t on albums (at least not yet), so for an unedited list of everything I’m finding, check out my Spotify list, 2020: Shuffle This List! 268 songs and counting, over 15 hours, and not finished yet. I’m still checking out everyone else’s Best of lists (including yours! Message me links to yours!!!), so will probably be adding to this for most of 2021, too.

And for more banging tracks by women from 2020, plus a few 2019 gems that I’m still grooving to, check out my more thoroughly curated Spotify playlist Women Bangers: A Tumblr New Classics Jam. (You’ll see a couple of these tracks there!) I’m working on a YouTube playlist and an essay to properly roll that one out. I’m also still tweaking the ending, but the three dozen or so tunes there are definitely bangin’.

Tell me if you hear anything you dig here, and tell me what YOU’VE found! We’re gonna get through this together. 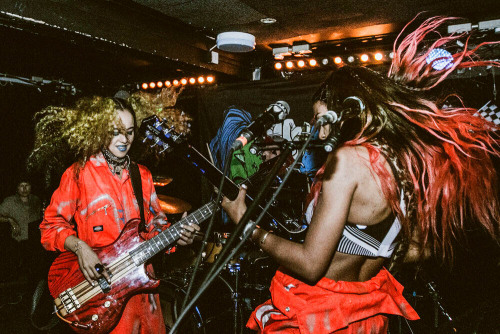 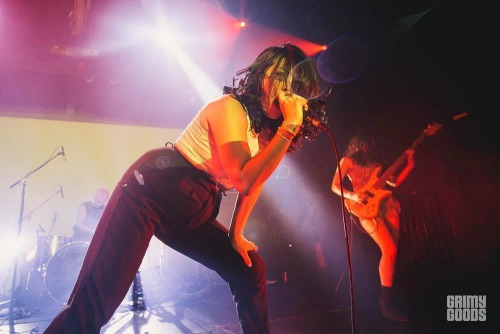 I just wanna go to a gig and kiss a girl by the barrier while Athena by Nova Twins plays non-diegetically. 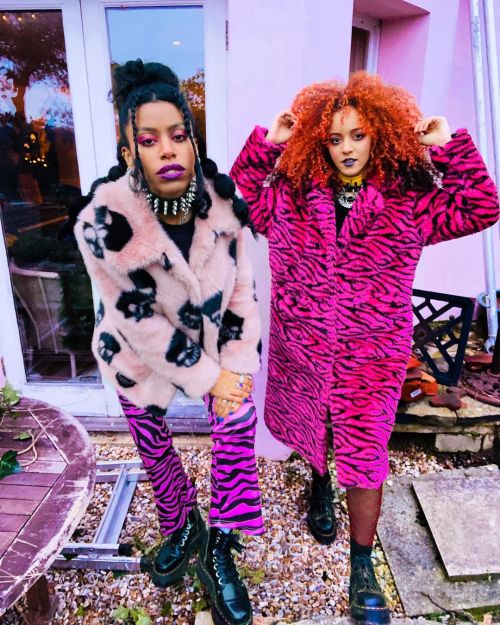 Punk song of the year. If you disagree that’s because you haven’t heard it.

Literally can’t get this song out of my head lol

Here we will be sharing the best live session videos we’ve discovered on YouTube in the last few days. We hope you find your new favourite band/artist!

Olivia Dean performing ‘What Am I Gonna Do On Sundays?’ live for Vevo DSCVR’s Artists to Watch.

Dani Bell & the Tarantist performing ‘Don’t You Stay Gone’ live in LA for Jam in the Van.

Nova Twins performing live at Blondies in London for Kerrang!

I am! I haven’t featured them yet because I just recently learned about them, but they’re on my list for pending features 😁

Its Georgia South of the “NOVA TWINS” in the groove on bass back in March of 2017…..photos by Jean Chassain…One thing about covid is that musicians are getting well rested up….Amy and Georgia are going to go crazy on you when they finally hit a live stage again!!!! 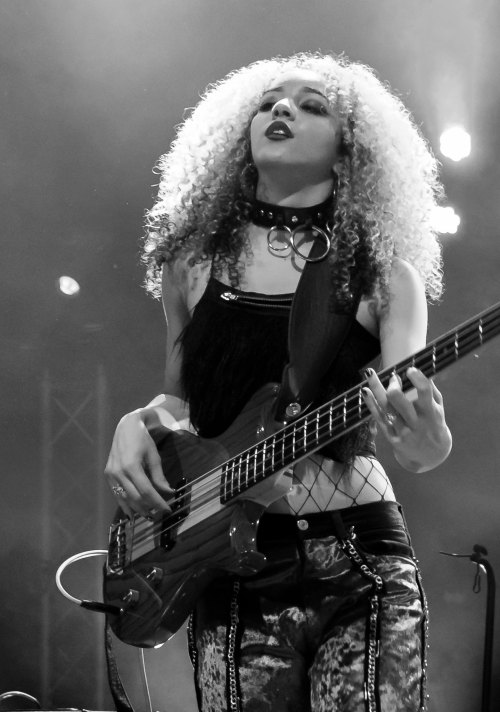