#the umbrella academy, #tua, #spiriali rewatches tua, #+, #spiriali’s parents watch tua!!, #umbrella academy, #vanya hargreeves, #number 7, #number seven, #the white violin, #vanya, #tua vanya, #vanya tua, #rewatching this with my parents made me realize how fucked up the end of this is, #i love it, #they like it too, #but it freaked them out a little
111 notes · See All
vanyadeservesagirlfriendText

At some point in the series, Marina was bisexual and you cannot change my mind about that

*the camera pans up to show Helen, the first chair, dead in Leonard’s attic*

My Mom: *slaps sofa* Damn it, can’t anyone in this show have any nice relationships?

favourite moments per episode |The Umbrella Academy the day that was

Summary: Y/N is a struggling flautist, trying to make ends meet, but when a violinist catches her eyes, life doesn’t seem quite so difficult.

Beep beep beep. Y/N groaned, stretching out languidly as she patted her bedside table. Her fingers found nothing but the worn wooden surface. Blearily rubbing her eyes, she pushed herself up onto one elbow. The alarm was incessant. Where on earth was that phone?

The bitter smell of coffee filled the kitchen as she poured the boiling water into her chipped mug.  A lethargic ache had settled into her bones; the haphazard pile of unopened letters mounting her dread the more she looked at the mess. A quick glance at the plastic clock ticking merrily away warned her she was on the verge of being late if she did not leave now.

Y/N slung the straps of her flute case and tattered leather satchel over her shoulder, her crumpled sheet music clutched in one hand. The lock of her apartment was always such a fiddle and she stuffed the sheet music in her satchel, wincing as it creased even further. She yanked the door shut, leaning backwards to align the lock as she twisted the key.

The Moon is a metaphor for the Academy

3 am thought, but hear me out.

The moon is a metaphor for the Academy/Reginald.

The two characters who spend the most time with Reginald are Luther and Vanya, characters who I have previously pointed out are mirrors of each other. They both also have the most significant interaction with the Moon.

He latches onto the idea that Reginald’s death had significance, and, albeit less, that the moon in involved with the apocalypse.

Then Luther learned his years of isolation were a waste.

The Moon made him lonely and sad, but when the world turned to white glass up there, it made it better. And that’s who Hargreeves was Luther.

And in his final moments, Luther accepts the Moon leading to his downfall. As long as his family is with him. And he did want was his family back in the academy. He can deal with their father with his family.

Vanya, in her pain, destroyed all her ties to the Umbrella Academy and Reginald. She’s spent her life following him, and now, without her pills, without him, 25 years of pain, unmatured, untamed emotions come back up.

She destroyed the Academy, and tried to destroy everything that remained of her father.

Then she detsroyed the Moon. The Moon that represented loneliness, isolation, a prison for another failed experiment of Reginald’s. It was like the destruction of the academy again, and of Reginald.

Reginald’s actions, the academy, are the reason the world ended.

I noticed that most Adam fanart aren’t of him smiling, so I spent last night and tonight making a bunch of happy/satisfied Adam drawings because the boy deserves a break for all he’s been through

it’s almost as if she’s coming out of the screen :o

and that final frame has an entirely different expression. as if she’s not in control *coughs* white violin *coughs*

confession: i got major trans vibes from vanya and i was disappointed that no one else did

So you’re telling me that Vanya’s telekinetic powers, which she seemed to control pretty well even at 4, frightened Reginald Hargreeves so much that he had to drug her her whole life to repress them but Ben’s terrifying monsters didn’t ?

favourite moments per episode | The Umbrella Academy man on the moon

Hey! These guys are my favorites =3 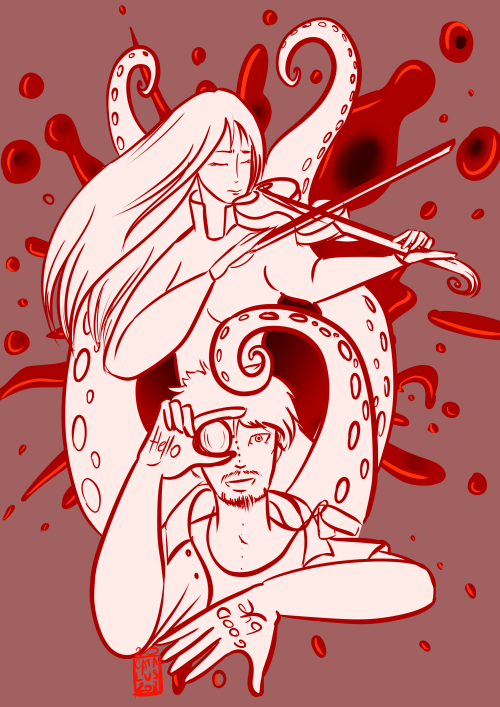 Am I the only one wondering where was vanyas corpse in the apoalypse?