so I found out y'all are pronouncing simeon as “simon” (why), me doing godly research and using my rotting and decaying brain came to the conclusion that most biblical figures are of Jewish origin. the majority of Jewish people speaks Hebrew, therefore, we can assume that simeon would be pronounced the Hebrew way.

put da name into a translator English to Hebrew and you get the pronunciation “shi-meh-on”. You’re welcome I closed the debate

Obey me boys when you flinch

*disclaimer they don’t hit you, you just get scared they willl when your in a fight*

-it started getting pretty heated and his voice was raising quickly

-won’t stop cuddling you and buying you flowers

-the fight started about his games and him playing 24/7

-“i’m so sorry sweetheart i would never hurt you, i would sacrifice my own life before any one even comes near you, for now on i will not yell at you if it means i scare you.” he whispers

-you accidentally knocked over his favorite perfume and he was livid

-“what have i done?” he whispered you end up hearing him and look up to see him looking at his hands like he’s a monster and tears start to fall

-you take his hands in your making him look at you and seeing you smile at him made him sad, sad that you were acting like what he did was okay, he hugs you and picks you up refusing to put you down and just hold you in his arms

-“i’m so sorry mc i should have made you scared i’m supposed to be someone you can trust and rely on to be there for you, i failed as a boyfriend i’m so sorry bub” he whispers but you don’t let him talk bad about him self and you hug him and reassure him that he is ok and didn’t do anything bad

-ya…..he still won’t put you down you are going with him everyone for the next few days

-you woke up one night from a nightmare and you were crying making it remind you of a bad time, so you go to your boyfriends room to sleep in the same bed with him so you feel safe

-“what the actually fuck are you doing mc?” he said in a harsh voice making it sounds like he was spitting poison at you as you tell him you had a bad dream he scoffs at your response and says

-“ gosh humans are so weak i bet you can’t do anything without me you worthless excuse of a human, so sensitive, everyone has bad dreams get over it, you would be nothing without me i wish you ended up dying so i wouldn’t have to deal with your bullshit”

-he says all of this backing you up into a wall and he turns into his demon form as you are cowered in a corner of his room, he raises his hand to hit you but beel comes in and yells at him “BELPHIE WHAT THE HELL ARE YOU DOING TO THEM” he pulls him off of you as you scurry out of the twins room and into the nearest bathroom

As much as I love Mams, because I do see the best in him, I love that when he was very rude to Luke, all the options were basically centered around scolding him. And when comforting Luke, you could emphasize that Mams was in the wrong here.

Because he’s flawed. Sure, his hijinks of gambling and greediness are flaws too, but we often let him get away with it. There’s a Devilgram story where he says he’s grown but truthfully, he’s still growing as a being.

And that growth requires him to be in the wrong - and, not just once. If he’s truly trying to become better, because of MC, then that means he’s going to have growing pains along the way. And acknowledging that our greedy demon can be a real ass to people is fair - he ditched MC once they got to House of Lamentation in Lesson 1 and for a while, he was real ass to MC too. (That’s why my self-insert MC doesn’t really like him all that much at first).

So him being rude to Luke made sense to me cause it brought me back to our beginning with him too. His relationship with MC took time and trust - so it makes sense the same key pieces would be needed to build a relationship with others who aren’t in his family circle.

No excuses, only asmo ❤️

Ngl, I’m a decently nice/chill/responsible MC most of the time. When it comes to Mammon, I’m a savage.

He’s an idiot and deserves to know it😈

@misscottoncandy really didn’t know what to expect making a YouTube channel for song previews, but were so glad to help lots of people figure these song titles out.

Are people interested in the standard songs in the game being on the channel? Like stage battles, jobs, etc… and would you guys be disappointed it wasn’t the actual preview from Majolish but just in game recording? 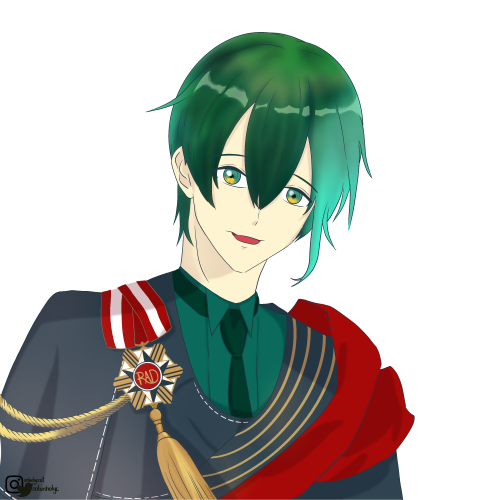 Okay so, my stupid ass had to Google lovebites and I’ve never felt dumber. Anyway- Sorry Anon, I don’t know how incorporate the vampire part into this.

Lucifer: Sweetie, are you almost done?

Lucifer: Hm, alright….but this is the 13th one today.

Mammon: O-oi! What the hell do ya think you’re doin’?!

Mammon: Tch. No need to do that. I was already yours anyway….

S/O: Want to do me afterwards?

S/O: *moves up to his neck, then kissed his lips full*

S/O: Honey, is something wrong?

Belphie: *wakes up and feels lovebites* Agh, did you leave another one?

S/O: Yep~ ! Besides, you never complain about them anyway. *smiles*

Belphie: Hmph. Well, I would’ve liked to be awake for it!

S/O: I can wake you up for next time, if you want.

Belphie: You better. Now add another one now that I’m awake.

there’s this blog I followed @obeyme-levistansgather and now I can’t access it. Idk if they’re gone or if tumblr just is acting up can someone please explain to me.

Anonymous asked: “Is it possible to have a headcanon of Yandere Satan with a detective s/o please?”

Today I realize that I know jack all about detectives. I am relying solely on the maybe 2 crime documentaries I have seen in my life. Thank you for the request!

Mass murders, non-con, stalking, and certainly more. Disclaimer that I do not support the actions taken here and suggest that anyone who does please leave.

i don’t know how to explain how and why this happened, but

Thank you, Angel. I’m glad you find me that way. Oh, and since we’re close, i’d like you to hold ny hand and trust me, and put thus blindfold on.

Despite Noah’s words, tears continue to run down Barbatos’ cheeks, flowing faster than before as his third orgasm overwhelms him. He cries out, writhing beneath his lover as pleasure continues to assault his senses, every powerful thrust hitting his prostate while the vibrator relentlessly buzzes on his tip. “Nnnghh…! M-Masterrr~!” The more overstimulated he becomes, the harder he cries, the more he squirms as his ass is pounded into. “Ohhh..!!” He edges up to a fourth before a particularly hard thrust forces him over the edge, a scream ringing through the room as he climaxes again. “Ahhhh! Ma- Master, please!! I- I need a break!!”

It looks like shit, but he’s still good looking.