Tumgir
AboutPrivacy Policy
AboutPrivacy Policy
Visit Blog
Explore Tumblr blogs with no restrictions, modern design and the best experience.
Fun Fact
Pressing J while looking at a Tumblr blog or home feed will scroll up on the page, pressing K will scroll down. This is helpful considering a lot of the Tumblrs feature infinite scrolling.
Trending Blogs
#obey me! leviathan
absolutepokemontrash
Photo

This took forever…
(Click for Quality!)
SO! I finally got a proper fully colored drawing of my Obey Me MC! Character info + her relationship with the bros under the cut so I don’t clog up the tags! 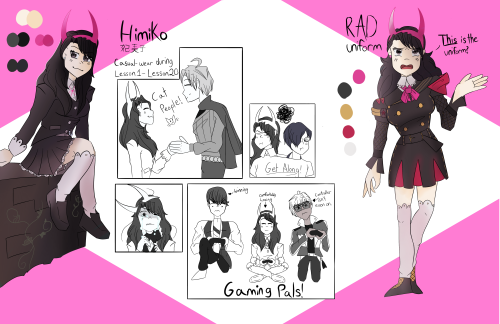 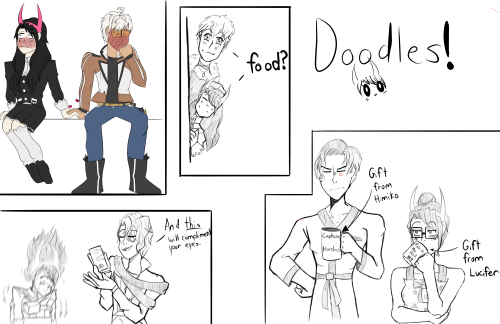 A/N: Just something I thought would be fun. I can definitely see Levi being the kind of asshole to pull on the string just to get more room for himself asdklfh plus, I’m a big sucker for soulmate aus :sob:

Leviathan was the first one I came up with! He is the reason I came up with this series and I really love the idea of his own ability!

Warnings: a bit angsty here and there

If in a relationship with MC:

Functioning brain: odds are, the brothers were never actually children due to demon/angel weirdness.

Remembering to update my tumblr - 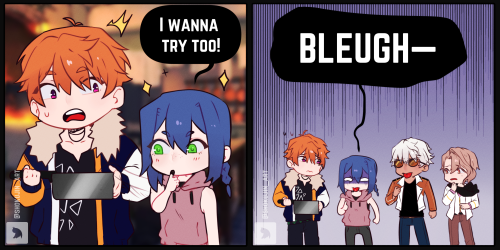 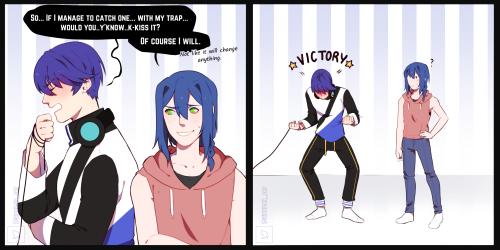 MC is a [modern] witch: a series

The brothers reactions to a horror artist! MC drawing them

You know, this unfortunately sounds like a Levi thing to do.

I admire his dedication however.

The thought of Levi saying either of these things makes me cringe.

Not cursed darling, I believe you meant to say fact

Levi gets mad, tries to summon Lotan, but instead simply summons a bunch of water, and rather than drowning MC, the drain in the middle of his room just drains all the water.

Do you think Levi’s room has a drain specifically for this reason?

I feel like Levi has a whole different persona when he’s playing video games that involve other people.

But also, what if Belphie feels bad about it later and makes it up to him by either getting him figurines or watching anime/playing games with him?

I just feel like Belphie is chaotic but also just a big softie at heart.

I hc that Mammon would use an incredible amount of axe because a demon once told him it made him smell cool. Spoiler: it doesn’t.

Asmo cringes when he walks near anyone with it. Though he probably likes the women’s smells. They’re not as harsh on the nose.

Beel and Levi moat definitely use axe though. Beel probabl ly just likes the smell because it reminds him of food or something. Levi because he thought that’s what all the cool normies used.

Belphie probably showers with frebreeze honestly. Like the fresh sheets one or something? Mostly because it’s pitched as a “clean” smell.

Fun fact: My dad used to be obsessed with axe products. So you’ve triggered some sense in my repressed memory brain and I could instantly physically smell how much I hated this post. Good job.

levi: what tHE FUCK is uP gamers i’m boutta crank the pog factor tO THE MAX TODAY so join me as we revisit the world of the legend of ZeLDA

satan: does it concern u that he speaks like this even in his sleep?

Warnings: None! All fluff here

A short drabble for my favorite otaku!