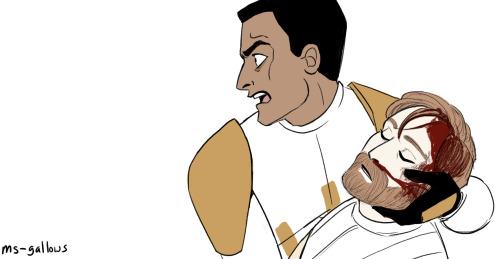 So I wrote a thing. Quarantine has reminded me of my love of writing and I’ve actually had time to devote to it, something I haven’t had in years. Here’s the fruits of my quarantine lack of labor, lol, and my first ever SW fanfic!

Summary:  Obi-Wan technically didn’t have permission from the Council to go on this particular mission. He told them he’d be tying up some loose ends from the war on an Outer-Rim planet but failed to give the full details. Of course, it wasn’t really a lie. Not exactly. But he knew they wouldn’t see it as such and wouldn’t be pleased. After all, he would be coming back from a so-called ‘final peace negotiation’ with a Force-sensitive 3-year-old who resembled him quite a bit. Surely that would raise suspicions and questions.

Ch 1 Excerpt:  Anakin and Obi-Wan walked into the sparse lobby containing a few chairs and a stained wooden table. Anakin immediately sat on one of the chairs, rocking it slightly and frowning at the uneven legs. Obi-Wan chose not to sit and instead started pacing the small space in front of the table, wringing his hands.

“Master, calm, remember?  If I can sense your anxiety, so will she,” he reminded him. He’d never seen the man so flustered. Usually it was Obi-Wan telling Anakin to calm down. This role reversal was a bit unsettling. He understood, of course, but it was still a sight to behold. His unflappable Master reduced to a nervous wreck at the prospect of meeting a child. Well, he supposed, it wasn’t just any child, was it?

“Hmmm?” Obi-Wan looked at him, stroking his beard in thought. “Yes, of course. Calm. Right.”

Anakin suppressed the urge to chuckle. “Take a seat, Master. These chairs are terribly uncomfortable but it might ease your worries some to sit down.”

“No, thank you, Anakin. I’d rather stand,” Obi-Wan answered.

Anakin rolled his eyes and muttered a “suit yourself.”

After nearly seven minutes of slightly calmer pacing from Obi-Wan, Anakin was ready to strangle the man. He was just about to voice his opinions about his Master’s maddening actions when he sensed two people approaching. He immediately stood up and came to stand slightly behind Obi-Wan, sending out calming vibes through the Force as he heard the older man’s breathing hitch.

Obi-Wan.. but what if he was the son of Poseidon? 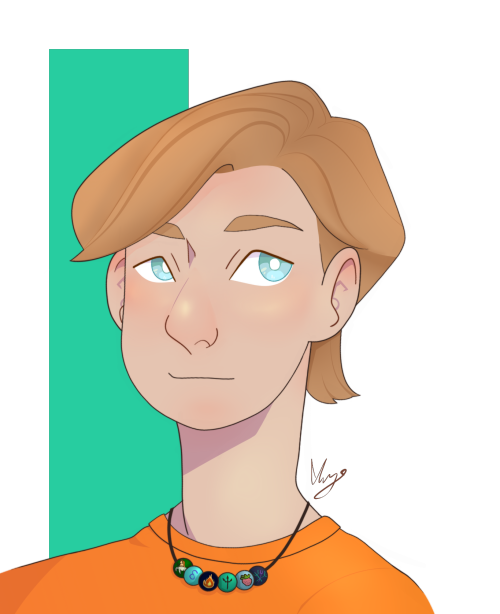 Does somebody have a picture of Clone Wars Obi-Wan, standing in a neutral pose? I need it for a project for my sister. I’m not a Star Wars fan myself so I just did a google image search, it was all either dynamic action pictures or toys.

In other words if y’all don’t hear from me it’s because my roommate threw me out the window.

Obi-Wan inhaled sharply again. His fingers tensed and flexed. Below his waist, however, there was not a single sign of distress.

Qui-Gon smoothed the blankets covering Obi-Wan’s legs (no response, but he always tried), then touched his shoulder, his temple, quietly avoiding the ever-present brace which supported Obi-Wan’s tender abdomen.

Discomfort bled freely along their connection in the Force. Qui-Gon did not shield from Obi-Wan at all now, and his Padawan’s mental walls were badly battered, often nonexistent during deep sleep or surgery. He was grateful for their closeness. Certainly he never would have been able to maintain such a bond with his own Master. Qui-Gon was able to send warm bursts of reassurance and energy, the occasional short message, and sometimes Obi-Wan managed a weak flicker in return.

The smallest light from Obi-Wan was precious sustenance these days.

Even better was when he actually lifted his heavy eyelids and looked at Qui-Gon.

Qui-Gon smiled. “Hello there,” he murmured.

Here’s a small excerpt from the Obi-Wan fan fiction I have begun working on. Let me know what you think!

Standing outside the council chamber, Obi-Wan sensed unease surrounding Jedi beside him. “It will be fine I assure you.” The man smiled as he stared at Nila. “The council understands that sometimes everything doesn’t go as planned. What is important is that we are safe and the mission was a success.”

“But I let my emotions get in the way.” The woman shook her head and stared at the floor. “I could have easily…” Nila’s sentence was cut off as she felt Obi-Wan’s fingers slowly intertwine with hers. Suddenly, her mind was at ease. After a few deep breaths, the Jedi shook her head, not sure of what had just happened as she felt his hand leave hers. “How did you…”

Obi-Wan simply nodded as the doors to the room in front of them opened.

Nila was still gathering her thoughts as she stepped inside, standing next to Obi-Wan and facing Master Windu and Yoda.

“The mission was successful, I gather?” Windu stared at the pair, quickly noticing some unease in the female Jedi.

“Sense something between you, I do.” Yoda quickly spoke before Obi-Wan could answer.

Nila licked her lips, trying to suppress her feelings as Yoda intensely stared at her. Her eyes quickly looked at Obi-Wan who still appeared calm and relaxed.

“Stronger than just your friendship, hmm?” Master Yoda continued, shifting his eyes between the two Jedi Masters. “Sensed it for a while, I have.”

Please let me know what you think so far. I love to hear constructive criticism as well as new ideas! I am still working on trying to figure out a title for this as well. If you have any suggestions leave them in the comments below!

Can I offer you a sleeping Kenobi in this trying time? 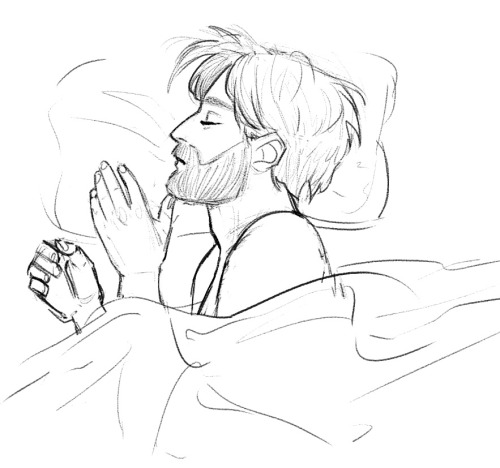 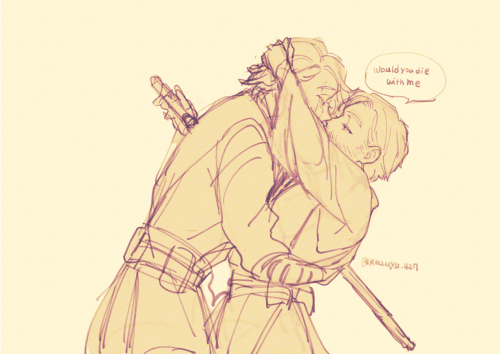 Sometimes I think I really shoulda just let myself like things instead of bullying myself out of liking them because maybe then I wouldn’t fall in love with whatever it is again and end up with 0 iCloud storage and 1,000+ pictures of a dead guy on my phone

Finding out Obi-Wan is ticklish.

You find out incidentally, just lounging in bed with him, brushing your hand across his chest, them lower across his stomach…

He clasps your wrist tightly. “And what do you think you’re doing?”

You move your other hand to reach where the other left off, and he lets out a breath of a laugh.

“Wait a second. Are you…ticklish, Obi-Wan?”

He simply snatches the other hand. “It’s not your concern.”

The following tumble around in the bed is him humoring you, allowing for the faux wrestle he could easily end any moment he wanted.

When you see his strategy of redirecting your attention, you press your lips to his, hard and passionate.

The moment his guard is down, you slip your hands back to his stomach, brushing the fingertips in a circular pattern.

And his laughter is a rare thing, usually let out in short chuckles if at all. But his full-bellied laughter is something else altogether. Something beautiful.

It doesn’t take long for him to capture your hands again, flipping you over to pin you to the mattress. “Two can play the game of teasing, little one. And it’s my play now.”

And maybe you aren’t laughing like he was; but the resulting writhing doesn’t end up looking much different at all.

Few shows do as good of a job as The Clone Wars did when translating the actors of the PT’s faces into cartoon format. They are very clearly caricatures, but it works. They are recognizable.

Sure, Obi Wan looks a bit more mature than Ewan (although Ewan was actually around 35 when filming RotS so not that much younger than Obi Wan’s 38). Anakin has a more boyish, rougher features than Hayden but they are only exaggerated for the cartoon format. Padmé’s eyes are huge and doe like, but they channel the same energy as Natalie’s.

I think they did a fantastic job, and if anything it’ll be interesting to see whether the Mandalorian will do as good of a job by working the other way around, translating Ahsoka to live action from cartoon form.

All in all, I just wanna praise TCW and the beautiful art style that drew me in from first moment I saw the movie back in 2008. Yes, I was indeed introduced to Star Wars as a 14 year old, through my little brother. I was a late bloomer, but SW is without a doubt my favourite franchise out there. I hope it can regain its lost footing eventually.

Have a precious Ahsoka as a bonus: 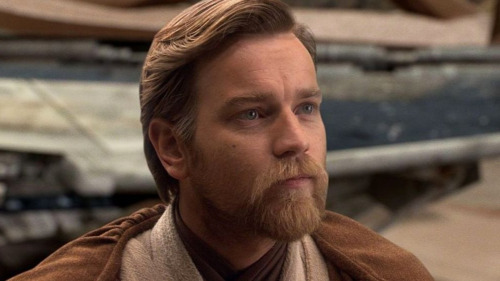 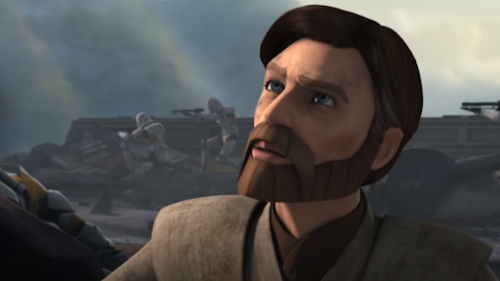 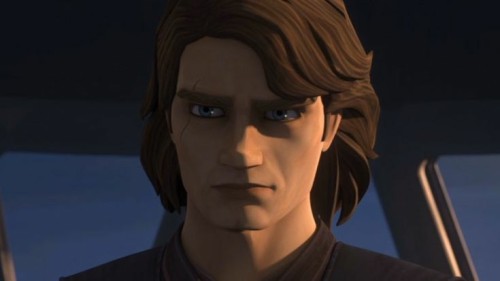 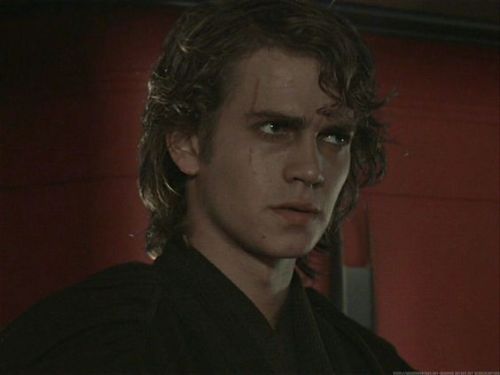 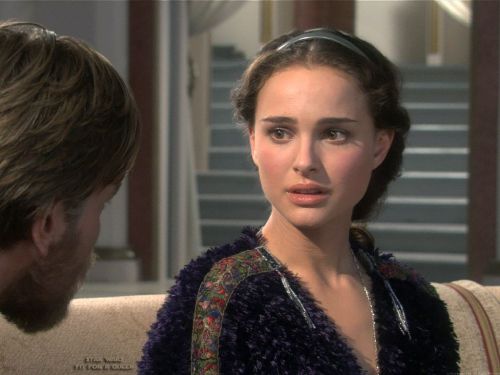 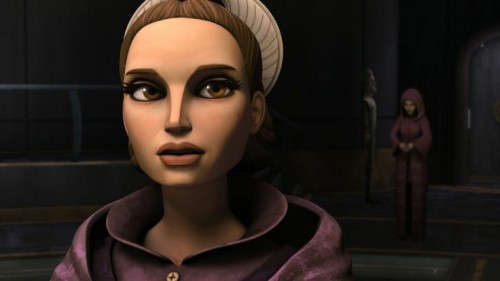 In Clone Wars, the one rookie who, watching Obi-wan lure gutkurrs into a trap, just breathes out the word “Incredible;”

The grid lit up, an electric-burning blue maze through the darkness. He had fallen asleep, hadn’t he? Fallen asleep when the hyperdrive needed to be fixed. He—they—could not leave before it was fixed.

He was standing too close to it, though, and so his eyes would not focus. He saw only a small section, with all its precise shapes and components. His brain pounded. Had he not been decent at mechanics? Hadn’t Qui-Gon said as much, before, but with other words….

His head was thick and frustratingly slow but he was certain that was it. Cape ah blllll. The syllables repeated as he peered into the bowels of the hyperdrive, squinting at the mass of wires while he tried to remember what the problem had been.

Then he was studying the hyperdrive from a different angle, like the engine room of the starship was suddenly at a tilt. He just looked closer, nearly climbing into the thing.

And the hyperdrive was the heart of a ship, not the kidney or intestine. Why had he thought that? He felt it throbbing with life even now, and he just needed to reattach the—the

—“Recovery Begins”, the fifth installment of the Recovery series, coming next Sunday 9/27.