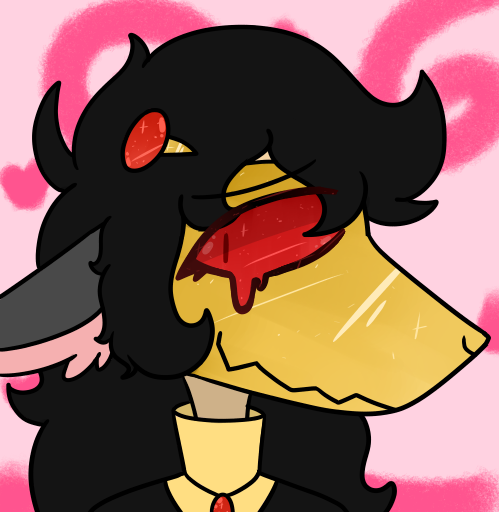 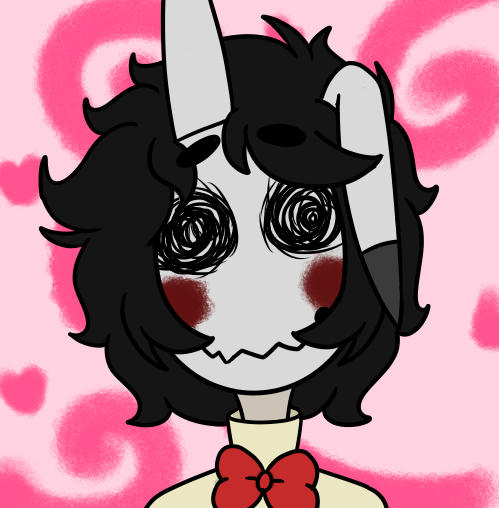 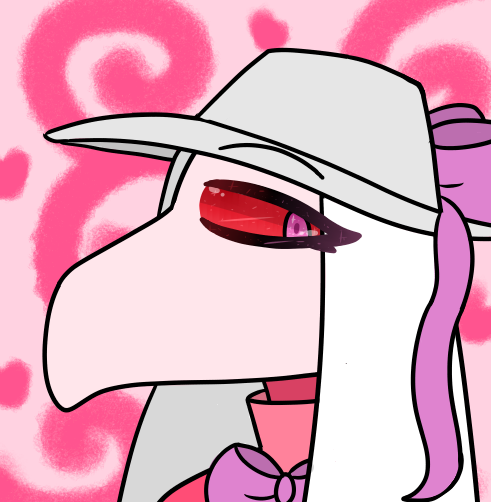 Honey Lemon: Make sure to use enough blush so people think you’re alive.

Gogo: Put Shadow all around to make the bags under your eyes look intentional.

Fred: As you use lipstick, put on as many layers as possible. Each layer for every jerk you socialize with.

Hiro: Make your eyelashes long enough to block out the haters.

Wasabi: While removing all that foundation, remember to scrub hard enough to remove the interactions of the day as well.

Tadashi: When applying eye liner, you gotta make sure the wings are sharp enough to scream “Bitch ”.

Acordé: Eyebrows are the one thing you can get into shape without exercising.

Tani: Buy it all water proof so peop’s don’ notice ya after a mental tailspin.

From Me: Remember this yo, confidence is the most gorgeous make-up anybody in the world could ever wear.

Join me as I obsess over my newest OCs, the Aizawa fam~

Check out my #OC Aizawa Family tag for more! 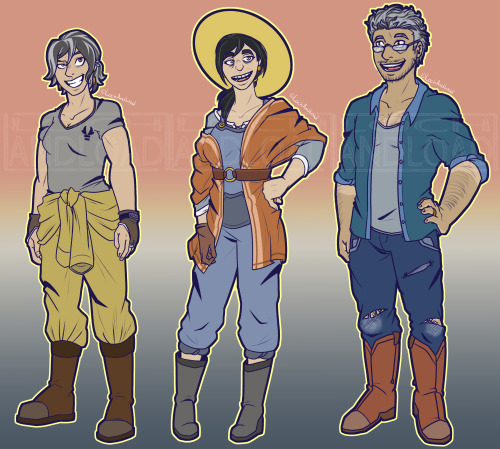 Ok yes, I was not expecting it but people love her as the Dep.

But yeah, the thing is, Joseph in all his Joseph-ness would have wanted a female Dep to be the Mother to his Father and it’s practically canon (and is in my heart) that Dep/Judge raised Ethan the rest of the way.

And then there’s the thing that I’ve said that Judge also had very deep ties to New Eden as a community and it would be very hard to leave them (as Joseph planned) but how much harder would it be with y’know actual children?

So in my head there’s this idea that Dep is pregnant when they get locked in the bunker (like three months and yes she’s panicked but there’s not much she could do given the circumstances and yes it’s Sharky’s but no one knows that not even Sharky) and Joseph is freaking delighted because “see? This is God’s plan! I will be Father to your child because I am the Father” and honestly there isn’t much she can do and Joseph does his brainwashing deal because she’s destined to be the Mother, can’t she see, and well her kid is a hostage to fortune and New Eden, not to mention well the bunker and being supremely vulnerable and well. She has more children.

And then when they go topside she *cannot* even think of going back to Prosperity because what will they think of her? Her children? She bore his heirs, she’s his now, she can’t leave him, her people need her she’s their Mother too, yeah you know all the awful traumatic stuff that follows as logic to how Far Cry plays out tbh and yes part of this is because I want to explore the trauma canon glosses over gdi. But then there is Ethan who is jealous of her son (which scares her because she knows Ethan will kill him for the heir slot even though Ethan is older; in my mind she only bears Joseph daughters which to her is kind of a funny cosmic fuck you but Joseph like. Genuinely loves them and it sucks because she doesn’t want them to hate her Father who is honestly making them a life and a home and it’s not like they can bounce or whatever but ow ow ow), so in this world when the Cap comes by, New Eden is being led by the Mother in a quiet power struggle with Ethan and she pretends she also thinks Joseph is dead but knows in her heart he isn’t, and then as she wouldn’t leave New Eden, she sends her eldest, her son, with the Cap in part to keep him safe, in part because he’s their greatest hunstman, in part vain hope he might find Sharky if he’s even still alive, and in part knowing that Carmina is around and about her son’s age.

And then it’s her eldest daughter who inherits New Eden and she’s the one to mercy kill her husband and she has an awkward but ultimately loving reunion with the Ryes and Sharky.

HELL CORPORATION
Say hello to... They convert convert Hell's energy to energy for the city! In short, they are...kinda the opposite of Lobotomy Corp?? Kinda
Now this is what I call a bruh moment

NOW GET READDY FOR THE REST OF THEM!!

She rarely talks to anybody else. Though, the most she talks to is Azrael, her older brother. Never speaks above a whisper. Gets along well with Selaphiel! She may seem nice and calm at first, though that’s just a mask for her more sinister intentions later on. People judge her on her cute appearance and thought “Wow! She must be different!” But no. She is truly like the others.

Although it may seem like he can’t see, he can detect anybody miles away. Speaks in a very calm and almost friendly manner but mostly eerie. Though of course, has sadistic tendencies along with a lack of empathy and emotion. Though that’s probably expected when you were once an Eye. (I know its probably far off, but hey! He worked under the head but is now thought of as “Dead”, after he faked his death to pledge loyalty to H corp)

Now onto the three CEOs/Bosses of H Corp!!

A bit of a aloof fellow. Mostly. He speaks in a monotone voice when speaking to almost everybody. Along with that strict attitude of his. Though, he can get quite sassy and hot-headed when he clashes with Mary. Other than that, he’s just a dork like the rest of them here. He’s a bit more on the Engineer/Creative side of things.

She’s one tough nut to crack, that’s for sure. Gets annoyed quite easily at the little things. She has this sibling/war like rivalry between her and Cain. She’s the more ‘Managing’ role.

Quite some history he has with Cain and Mary, considering he was a demon that they summoned before the Corporation. His goals have changed quite drastically over the years, no one is quite sure what he wants anymore. He takes the role of Angela at Hell Corp, Despite him being more than a Secretary/ him being an Actual CEO of the corporation. Has a sly and calm personality. Acts as a mediator between Cain and Mary. Narcissistic as hell though.

:DD that’s all of them!! NEXT POST IS MY OTHER FANMADE CORP: DREAM CORPORATION >:D

Thank you @pladlad7 for drawing my OC Doomcat a long time ago. Hope you are having a good year. 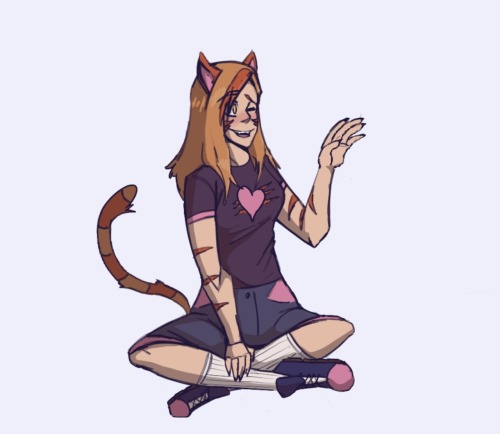 The Rat King is back! 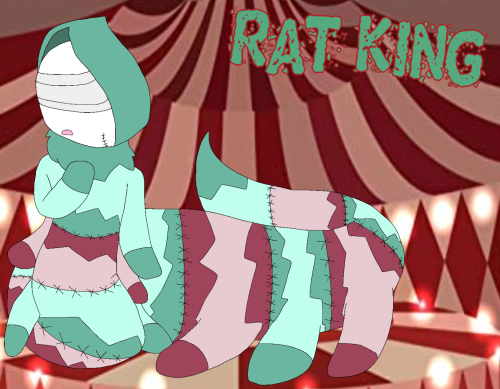 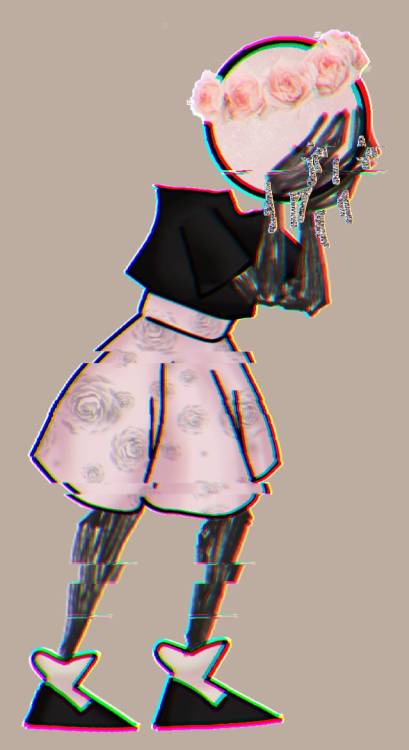 “Do you think we’d have still become friends…if we met earlier?”

Wip but, Felix and his first daughter, Namid❤️ 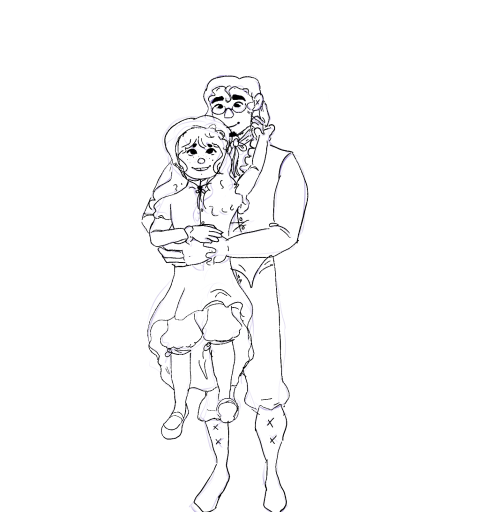 ((this looks better in dark mode, so if you’re on light mode just flip that switch babeyyy))

i don’t draw some of my characters often enough istg

you ever just draw yourself drawing 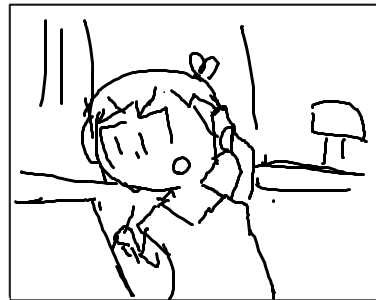 finally, a reference for my best girl !! i kinda rushed it at the end, though, and you can tell. nonetheless, i’m happy this is done ! c: tried that thing where people add a blue hue to the shadows of drawings. not really sure i’m fond of it, so i think ill just go back to my regular shading. 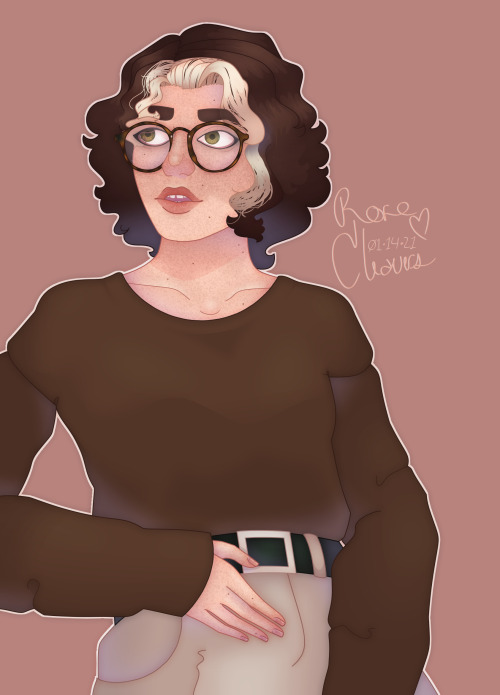 an angel or a corpse? 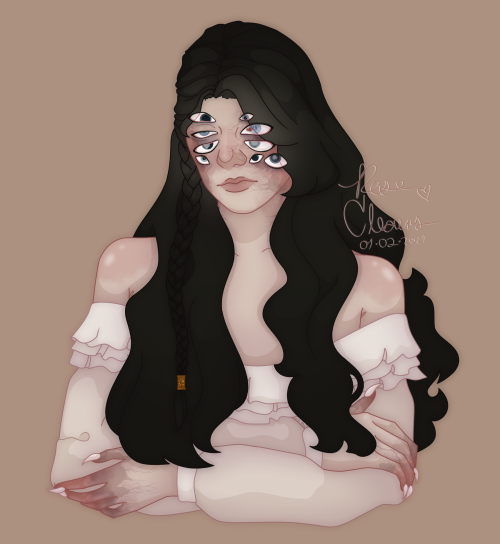 Oh hey its me-