Title: Blame It On The Alcohol
Author: Jaroslav Lewis
Fandom: Haikyu
Pairing: Sawamura Daichi and Sugawara Koushi (Daisuga) , With mentions of OiSuga and IwaOi
Summary: Sugawara Koushi wasn’t sure if it was the six shots of tequila, the frustration to get back at his ex or just the way the handsome stranger laid his eyes on him, that pushed him to do something spontaneous that night.
AO3 Link: https://archiveofourown.org/works/27154337
FFN Link: https://www.fanfiction.net/s/13726453/1/Blame-It-On-The-Alcohol

ok so this is so random but here’s a fic promt for oisuga I came up with a three am where basically suga works at this cafe and oikawas flusterd about being remembered but the cute barista, aka suga who only remembers him bc he got the egg salad no one gets lol

someone pls write this for me

for some reason, im deeply inlove with this ship <3

Oikawa and Sugawara would be PERFECT together (I dont take criticism)

They would be a chaotic couple that would cause trouble where ever they go. But at the same time they would snuggly and would have endless love for eachother.

When Oikawa gets insecure and pushes himself to far, Suga would their to help him out and make him feel better. (NEGATIVITY BEGONE!!!)

Oikawa would take Suga on so many dates (restaurants, festivals, carnivals, anywhere) and would openly love him around his friends.

They would flirt with other CONSTANTLY and when Oikawa’s fangirls get a little too close, Suga would make it clear they were madly in love.

They would make the coaches have their teams play eachother just so they could see eachother more.

I have OiSuga brain rot and needed to let it out somewhere. I have so many scenarios in my head that I could share so if you want, I could. Anyway, sorry for the rant I just had to share how much I adore this ship. I how you have a good night/morning/afternoon!! Love you 💞

Does anyone have any Oisuga (Oikawa x Sugawara) fanfics? It’s one of my favorite Haikyuu rare pairs and I can’t find anything 😭

I prefer angst and fluff, smut is ok it just makes uncomfy sometimes.

Here or Ao3 is preferred but, Wattpad is good too.

i don’t just want this. i need this. badly.

Oikawa and suga have LITTLE interaction but why do i ship them? And i found more than 1k fics of them? WHY DO U PPL SHIP THEM?!

I’m not sure if I’m ready to commit to a multi-chaptered fic just yet. The last time I wrote one was 2011 LMAO.

Hence, I’ll just type out an outline I’ve been wanting to work on for a while, now. Will I get to it? Maybe, maybe not. But dang, I want this to come to life so bad.

I kind of have the start down, but the in-betweens: not so much.

Sugawara: 28, teaches elementary students at a school in Sendai

ILL JUST MAKE THE RAREPAIR CONTENT MYSELF THEN AAAHHHHH

These are just my opinions, what would you change? 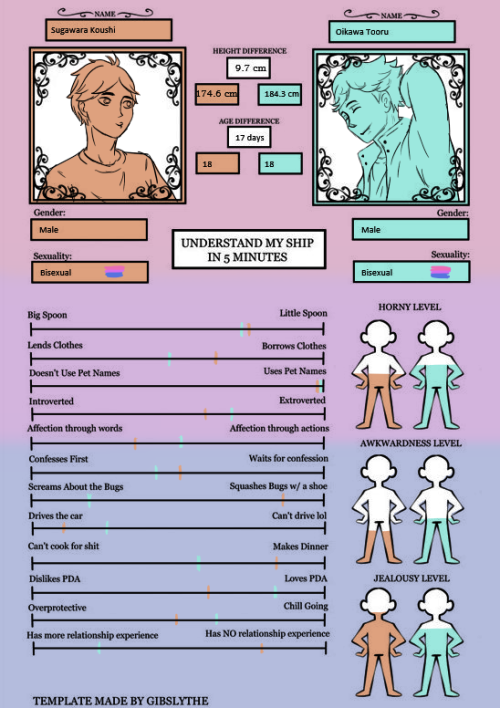 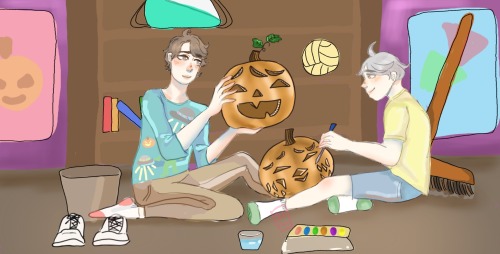 Saturdays are for bed shopping and overthinking relationships.

I can’t write and I needed to get this out of my chest or else I would cry (as if I wasn’t about to burst into tears writing this).

First OiSuga fic ever. Totally whack, totally out there, but I needed to.

You’d think, at thirty years old, they shouldn’t be doing things like this, but here they are—

They’re still reeling from the realization that they had both successfully managed to sneak past security checks. How Suga got this planned out, Tooru has no clue. He was even more surprised at why Suga had this planned out. Sure, he was mischievous, but he was nowhere near Tooru’s level of crazy.

Besides, this was his stupid plan all along. How dare Suga somehow beat him to the bush.

“We actually did it!” Suga breathed out before letting himself drop to the hard gymnasium floor. “I seriously thought we were going to get caught.”

#oisuga, #haikyuu!!, #haikyuu, #hq!!, #oikawa, #sugawara, #oikawa tooru, #sugawara koushi, #DONT EVER TRESPASS KIDS, #I can’t write and this is just something I needed to get out of my system, #I’ve only ever written SasuSaku fics so this is something new for me, #Yes i love them THAT much, #I love them so much, #I NEED MORE OISUGA CONTENT, #rarepair, #ikaposts, #ikawrites
30 notes · See All
ch3irv3Text

PLEASE I’M GONNA LOSE ITSVDJDJDIJDIDJDKDK I LOVE THEM SO MUCH. The need I have for Oisuga content is so- if you see me drawing Oisuga daily, don’t say anything. My comfort ship,,, 🥺😭💖💖💖