Is it me or Old Man Logan would be a perfect Old Man Joseph. 🤔

Don’t mind me, I’m trying to catch up with all the ones I’ve done so far, even though I’m still catching up with Inktober in general 🙃

This was Day 14 of JojoInktober - GORE/INJURIES as well as panel redraw lol.

So this drawing is above my skills to pull off right but I’m feeling ambitious and I’m still emotional over the end of part 3 and the passing away of Unsho Ishizuka (Old Joseph’s voice actor). Even if I’m not blown away by my results, I am proud of this and glad I did it. 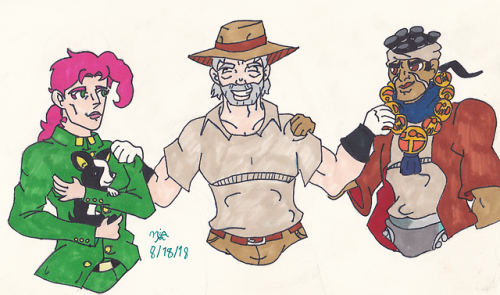 Old Man Joseph Joestar for my gal pal for life, @chellieart​ I love her so much, I’ll even draw Jojo for them. 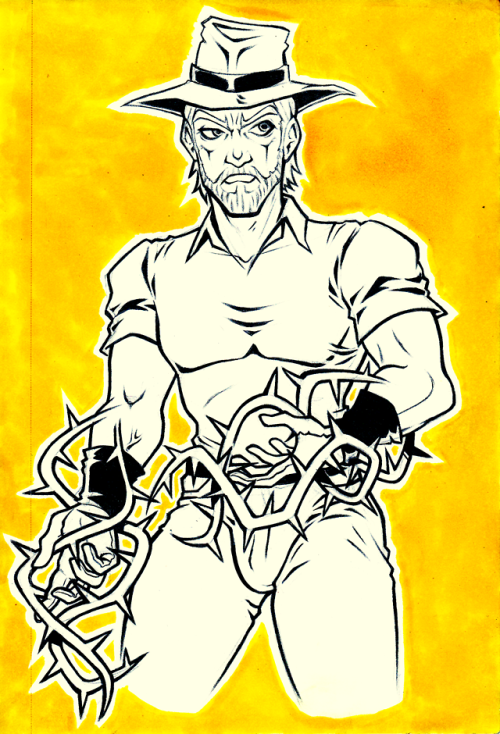 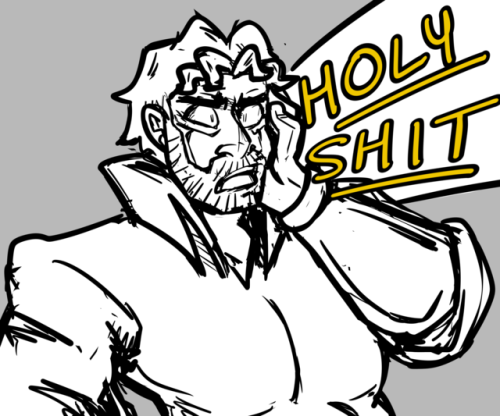 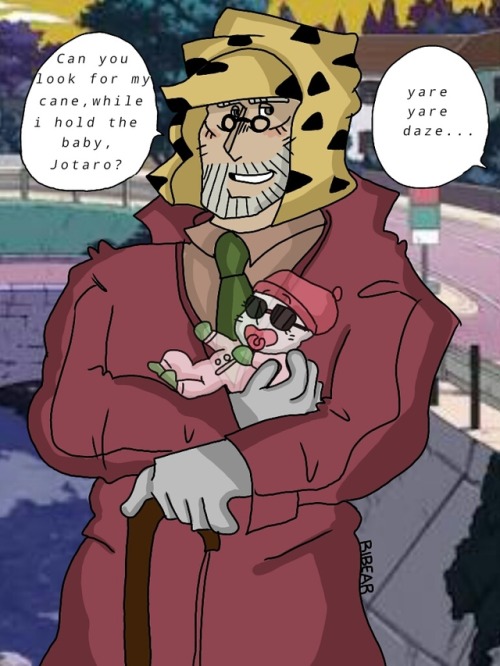 My favorite part of Stardust Crusaders.

I laughed myself into a coma the first time around.

It was a muggy summer day. The thick air swirled in through the open car door that Old Man Joseph’s left (and good) leg held propped open. A fly was swept inside the car with the air, and buzzed around Old Man Joseph’s hair-covered ears for a moment before it was impatiently shooed away by an equally hairy hand. Old Man Joseph tried to adjust himself, stretching out his arthritic right leg as far as he could. A single bead of sweat dripped from the ends of his thinning grey hair and ran down his back.

Old Man Joseph rubbed his face with his worn hands and sighed deeply, feeling as though the last 50 years had suddenly caught up with him all at once. He looked up to the rearview mirror, and took observation of his present state. His tattered clothes. His sunken eyes. His silver stubble that framed his tanned, leathery face.

How had he become an old man so quickly? 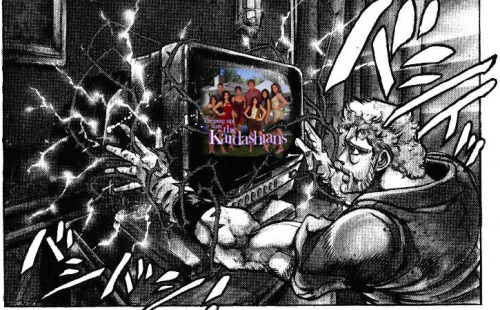