ME FEW DAYS AGO:

I didn’t know their existence.😂😂😂😂

So… the man who is dead at Marineford was Trace.

I… I just need more people to acknowledge how fucking important and deep their friendship truly is.

My personnal top 5 reasons I love them:

1- Ace. Big bro said take care of Luffy and stubborn prideful shark dad said no and now he is out there protecting baby rubber man.

2- Jinbe was THERE at Luffy’s lowest point in life and he saved him more times than I can even count out of deep respect and I think that’s beautiful.

4- They are the living proof two races can love and understand each other and that racists are fucking jerks. They are the symbol of fishman/human path to reconciliation ans that’s damn poetic.

5-They are so so different and yet understand each other so well. +let’s not forget the huge age gap. I think that’s damn cool having a genuine pure friendship between a 20 year-old dork and his 40/50 year old shark uncle.

.If his crush is one of his crew members, that means he was a bad captain, that he wasn’t strong or careful enough to protect them

.In both cases his reaction will be the same. He will be in a scary state of rage. He will be unstoppable, no matter who has done that to his crush. A Yonko? A Shichibukai? An emperor of the Underworld? Another pirate crew? The Marine? The World government?

.The issue will be the same: he will destroy anything that separates him from them; he will do anything to bring them back, even if for that he has to start another war.

.While he thought that getting his crush back would be the hardest part, he was more than surprised to see their reaction. They were safe now, right? So, why ..? Why are they acting like that? What happened?

.They were so cheerful, so soft, so gentle, so… kind and innocent. What did they do to them… Luffy knows that it was somewhat his fault because he hasn’t been careful enough, but they were safe now… So, why? He already promises them that won’t happen again, that now he was here.

.He already excused at many times, and even if excuses are obviously not enough for them, his promise? Was it not enough? He felt so guilty… He felt like he was reliving some of Marineford’s events except that this time, the person he loves is not dead… But perhaps it would have been better if it had been the case… Perhaps death would have been sweeter for them than what they experienced

.For the first time in those two years, he felt again this feeling of helplessness. This impression of not being so strong, not being so useful… Firstly Ace, now his crush… What was wrong with him?

.It was a very complicated period, both for Luffy and the rest of his crew. To see their captain who usually was so cheerful and lively displayed such a dark and sad look…

.They did everything they could to cheer them up. Sanji prepared his favorite dishes, Ussop and Chopper tried to cheer him up by making him laugh, Brook played him a cheerful and catchy melody, Franky had made mini-robots so that they could make robot fights, Zoro was training with him so that he could forget the time of a few hours these events

.While Nami and Robin were talking to him about what had happened, why they had become like this and why, it was not his fault, that he should not feel so guilty, rather than thinking “it could have been better” that he thought “it could have been worse”

.He needed a few weeks to fully regain his self-confidence and his usual joie de vivre, even if in one corner of his heart he always felt a little guilty…

“___ !I promise that I’ll become the pirate king, in exchange, promise me that this day you will smile again…that’s all I ask, to see your smile just one more time, and I’d be the happiest !”

Every now and then I will sit down and think how fucked up it is that Luffy didn’t get to go to Ace’s funeral.

#yes it is me rambling about one piece again, #one piece luffy, #one piece ace, #neroraven
10 notes · See All
where-s-all-blueText

Waiter: And here you go, three triple cheese sets, one vanilla milkshake, one chocolate milkshake and one strawberry milkshake

Waiter: Is there anything else you’d li- OH MY GOD

Eustass: Oh yeah, walking and talking skeletons aren’t a thing outside the campus-

Law: How could we forget such a simple thing-

Luffy: Hahahaha his reaction is so funny

so….. I’ve finished reading One Piece awhile now, all caught up, but god….. I’ve never had my feelings riled up like that before. Why you do that Oda-sensei!! 😭

Here’s some sketches I did a few weeks back. Enjoy! 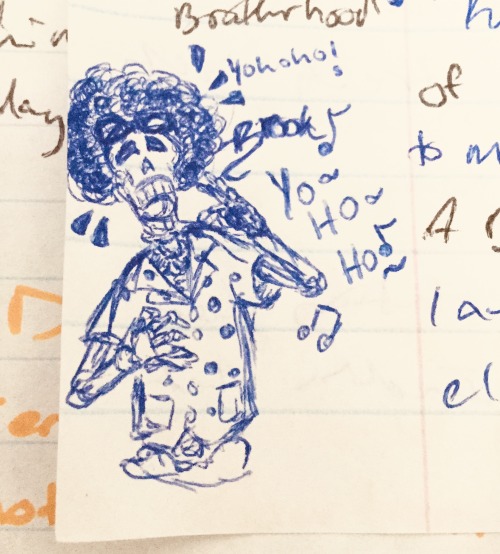 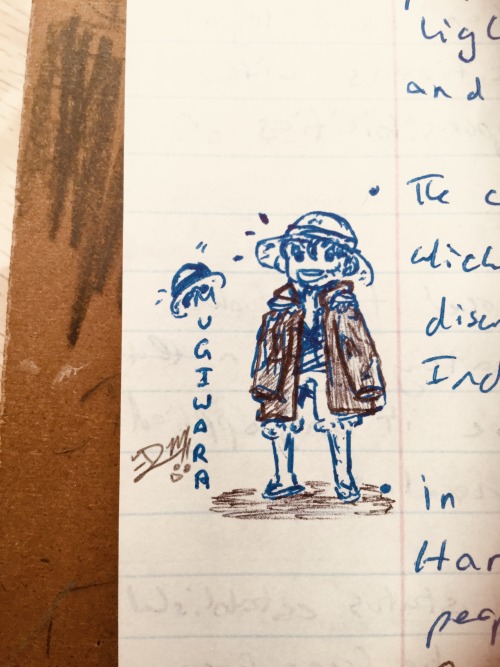 Did another screencap redraw :3

The Origin of the Mera Mera No Mi

Deuce: Could it have been a Devil Fruit..?

Ace: That was a Devil Fruit?

Ace: Wait- does that mean I can’t swim anymore!?!?

*Ace leaps into the water*

Ace: Check it out Deuce, I’m just fine. It’s not a Devil Fruit.

-Within a matter of seconds-

*Ace walks father into the sea*

No problem! This one was a lot of fun to do tbh!

Warning for mentions of slavery

☆ Let me just say that in all honesty, finding people in the ocean isn’t an uncommon occurrence for the strawhats.

☆ While this was very common for them, what was also very common were people drifting on the sea as a trap, or suddenly turning against them once they found out they were pirates see the Film Z comment

☆ So needless to say they were very cautious when taking you out of the water, well, most of them were. The only one who wasn’t anywhere near as paranoid as the rest of the crew was the one who should have been the most paranoid about a situation like this.

☆ He was bouncing in his seat while Chopper checked you out for any injuries, waiting for you to wake up so he could get to know you. This isn’t implying that he doesn’t care about your health obviously, he just likes making new friends.

☆ When you do wake up, Luffy is the first thing you see. He’s itching with questions but he plans to save the most important one for last and it’s not asking if you poop.

☆ He starts with some of the basic small-talkish ones. Where did you come from, do you have a family, how did you end up in the ocean etc.

☆ You begin to explain your story. You were a princess, on your way with your family to this year’s reverie when your family was captured by slave traders. The navy captain sent to guard your ship was able to get there in time, but he was only able to save your family. You were only able to get away by your own wits and by then it was too late, you had no idea where you were or where to go.

☆ The other strawhat crew had been waiting behind the door, listening along with Luffy. Franky was in complete tears calling you a poor gentle girl who didn’t deserve such hardship along with Sanji, and the crew deemed you safe, entering the infirmary.

☆ You watched as the others came inside, the other members of the ship introducing themselves to you. Nami had offered to drop you off at the next island they stopped at (assuming it wasn’t yonko territory) to allow you to contact the navy and your family. You refused the offer hastily, and explained to them that you didn’t want to go back and you didn’t want to be royalty. You wanted to be free.

☆ Hearing those words come from you triggered something in Luffy that made him take an immediate interest in you, and he finds now the perfect time to ask the big question.

☆ He grins from ear to ear while saying this, as if he already knows you are going to say yes. And seeing that smile, his confidence and all around just plain friendliness it was hard to see that he was a pirate captain. But that grin didn’t fail to tint your cheeks red nonetheless, and you happily accepted.

☆ I mean, how could you refuse to someone as cute as that?

My Animal Crossing x One Piece area is coming along great

Luffy: Wooooo that was a blast we should do it again! Right Tra-guy?

Law: I have never been so stressed in my entire life

haha that’s all that I have for the last few weeks, because other pictures I draw all rated explicit, I’m still finding a way to post it maybe on pixiv