I have 4 exams to write, 15K words in total,,, i rewatched yuri on ice today

#oof, #txt, #it was good tho
1 notes · See All
joytonicandginText

Our dnd discord is used for literally anything but dnd. Ren is me.

Omfg for the last time, that’s not what Lucifer means. Everyone and their mother seems to understand that Lucifer means morning star but no one seems to understand that morning star doesn’t have some poetic meaning about the fall from heaven or whatever, it’s literally just an anglicized word for the PLANET VENUS. That’s it. That’s all. Ain’t that complicated.

Satan is also weird because it comes from a word pronounced ha’shahtan that just means “force of destruction,” and has to do with the ideas of yetzer hara but nooo christians were just like “ye slap some horns on that bad boy and make it into a person.”

The closest thing to the modern conception that we have of Satan is probably best embodied in the Angel Samael who may or may not have fallen from heaven or whatever. Samael literally just means “the venom of god” which is way cooler then “the destruction.” He’s also got a duality think going on with Michael. The funniest thing about Michael is that christians will be like “yeah he’s the best” when in actuality Michael symbolizes the triumph of Israel (the people, b’nai yisrael or “the hebrews” if you really want) over foreign aggressors so christians be like “oh Michael is totally our super awesome cool boi” when it’s like… not remotely? Bitch you’re the foreign aggressor to the Hebrew people, you’re Samael! Omfg it’s hilarious.

Most of The fallen angel stuff comes from the Book of Enoch which is basically Genesis on crack but it’s not considered canon in most Christian faiths so like… ?????

Icebreakers with the Desmitri fam would be awkward…

Hersh: If you could travel to any point in time-

Me with the homies:

“Their minds were open and their emotions were strong. In the Force, they reminded Yoda of children. That made him smile- he liked to say that over his centuries as a Jedi, he had learned more about the Force from younglings than he had from Jedi Masters.

The clones craved his approval and wanted to please him. But they were worried they would be unable to complete their mission and would wind up ashamed. To fail would be to prove unworthy- to their general and also to each other.”

-Star Wars: The Clone Wars Stories of Light and Dark

aaahh so. sorry I am the most inconsistent blogger ever but,, one day I’ll be so comfy about rambling here that I won’t be able to stop.. for now I’ll continue to have anxiety about posting my selfship stuff but I’m working on it

#aghh, #I've been moderately busy being depressed and then also holidays aghh but also I'm just shy, #oof, #I wanna do better though, #it'd be good for me I think, #echo rambles
1 notes · See All
tiny-space-robotText

and while I personally do not, a sort of love rival au would be pretty interesting

Me when Mare bit Maven (and not in a kinky way):

I wake up at 5am and I’m still tired as heck… I am going back to sleep. I’ll wake up when it’s time to get up. Imma reply once I get a good nap.

#oof, #also he’s the leader of a political party, #so sumtimes i see stuff abt him or by him shared by other ppl and i’m like 😃!!!!
0 notes · See All
tsuisuteText

maybe i should say this-

i was taking them for my 600 (?i think) followers celebration thing

i’ll have to delete the newer requests and i’ll do one more that’s from…. september jnjknjmjkbj

I love you so much uwu

I am sure this has been talked about but: anyone else get a WACK jump cut to the ads???

being restless is one of the worst things 🥴

#I gotta be up for work in 2 hours lolol, #oof, #someone come help
3 notes · See All
afuckinglostcauseeeeeText

damn… deciding to not have any selfies on my blog is kinda torture. my brain changed its mind and I look way too cute right now.

#goddamn, #and the pics I took of myself, #oof, #I would def fuck myself right about now
12 notes · See All
sleepycjwritesstuffnowText

this is vaguely terrifying and yet im chill with it

look at that swag bro. 😭 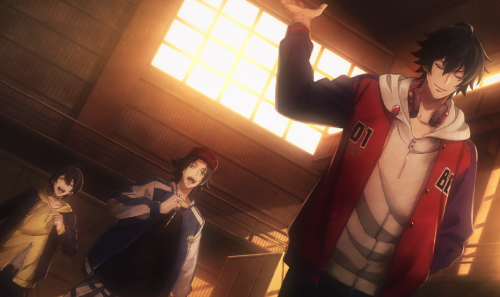 Vanessa, on the other hand, didn’t react well to the question, as she is…well, starting to tear up.