Just some sketches with Wire XD

One of the reasons i like shipping Wire and Robin is that i made a headcanon that Wire makes dark jokes as Robin does sonetimes XD and thats one of the things they would have in common, like imagine how funny it would be

Thanks to the worldwide vote contest we were able to see wire’s full body design!!! This dude had bracelets!!! And we didnt even know it!!?!

it was funny in my head…Lol

Newbie: Your flaws makes you you, and that’s ok.

Killer: I killed a bunch of people today.

Wire: Staked some of ‘em with my trident.

Heat: Burned some of their houses down.

Kid: Yeah, I ordered them to do that, killed a few too. 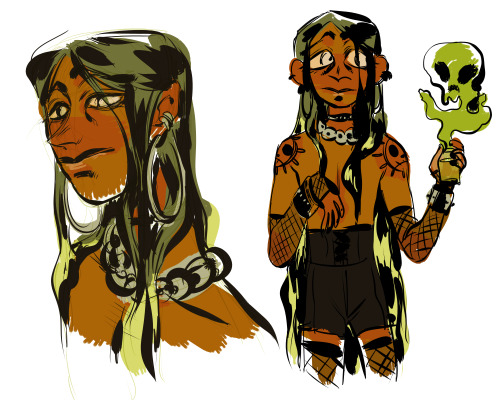 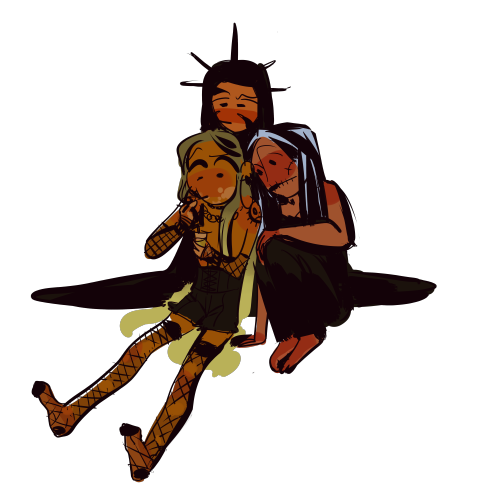 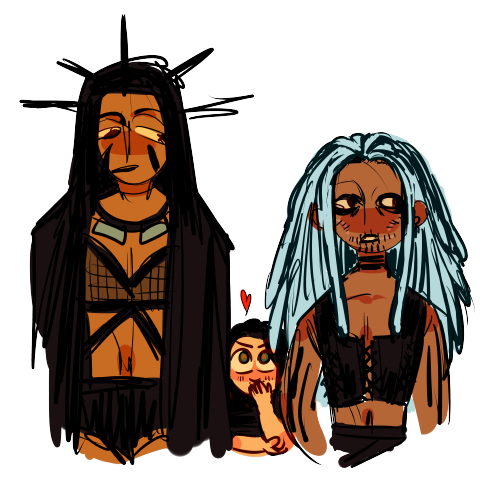 #bile bile bile bilebilebilebilebileiilevbjbnejnijnve i love her#one piece heat#op heat#one piece wire#op wire#heat#wire#fucking dumb names man#bile#art:bile#literally we were joking about kid losing his mind upon learning about stomach acid and asking if it can be weaponized and then suddenly BAM#new character!!#anyway her name's bile if you had missed that#yes she grew up with them and learned how to spit stomach acid on command as a kid this is all terrible#now she just makes acid and drinks it and...you know what it's actually worse somehow#bonus some dumb doodle i made for wire's birthday while high on endorphins because of a pain attack with pre-rolly behind heat and wire#idk dude he's three meters tall i was having gay thoughts and also i was loopy#if anyone is curious about bile's height she's hmmm#about 7'9? just a bit taller than heat#very dedicated to kid and killer being the tiniest manlets compared to the rest of the crew#yes i don't know how tall it is in centimeters because my dumb height chart is in feet and inches for some fucking reason#my art
45 notes
bluecreationdefendor-blog
Text

Kid: *on vocals and guitar

Aaah Thank you, Hazel! It’s been so long since I did other hcs than alphabet requests, but I suddenly got inspired for these two! I hope you will like !

.All happened in a bar. The Kidd Pirates were docking here for the night and decided to get some fun at the bar like they do at almost every island where they have docked. And like almost every time they go in a bar and there some other pirate crew or low-level bandits who think they are better than Kidd and provoke him, there’s a fight. And by provoking him, I mean someone probably glances at him to see who was the red hair who came in the bar

.Kidd who seemed to be in the mood to throw hands didn’t wait long until he starts the fight. Except that this time, the crew wasn’t allowed to fight too, they were only allowed to watch him “beat the ass of those fuckers”.

.Heat was sat next to Killer and their new crew member. He thought Kidd only allowed her on the crew because of their cute face and because like that they finally have a girl to fuck on the ship, it’s not like he would really mind it anyway…

.What was his surprise when during their captain’s fight, she started to support him by insulting his opponent. A cutie with such a dirty mouth? Man, Kidd brought the perfect girl on the ship. She may be even able to fight? If a cutie like her swear like that, she also probably have blood on her hands..?

.If some days ago he really didn’t mind her, almost ignoring her, now she has all his attention. He has so many questions, and yet so less answer, he needed to know. How she fights? How creative can she be when she curses people? Does she also drunk as much as them? If they do a cursing contest with Kidd, would she win? Is she always that creative?

.Even tho Heat does not talk a lot, he isn’t shy. If he wants to say something, he will say it.

.It doesn’t take too long before they become friends, then friends with benefits, and then after more much time, a couple. Why much more time? Heat was a bit more hesitant. Being in a relationship when you are a pirate isn’t the best idea. If your s/o is on the same ship, it could put a bad mood on it if you ever break up, and if they are not pirate or on the same ship, long-distance relationships can be quite complicated too…

.And yet he couldn’t deny his feeling nor her feelings… If they were both in love then, they can always give it a try?

.Date are… Very hard to set up, so most of the time it’s just the two of them, taking their shift to the crow nest at the same time to be together. Their “first kiss” was during one of these “dates”, it was very early in the morning and the sun hadn’t got up yet. They haven’t said anything, nor have a special set up, it just feels like the right moment.

.Even if they already have shared their first kiss a long time ago when they only were friends with benefits, kissing for the first time when they were officially in a relationship added something, not more intimate but rather more… official?

.Oh and of course, Kidd won’t stop to tease them, what he already has been doing when they were friend with benefits, because it’s Kidd and that means he sort of “approve”  (otherwise he would have just sent them death glares)

.Wire is known to not really show any kind of emotion. He seems to be very laid back and is often considered by others who aren’t a part of the crew as “someone in the background that we shouldn’t really accord too much importance”. But it doesn’t bother him. He’s indeed shy and doesn’t like to be the center of attention. Even on the Victoria Punk, he often scares others because he just stands in a room, silently.

.That’s how he heard her curse for the first time. He was hidden in the storeroom, away from the glances and the incessant noise present on the boat, but also from his captain who seemed to be in a very bad mood. If he had counted correctly, there are already three people who have to clean the bridge

.He literally froze up when he heard someone go down there, cursing like hell. Captain Kidd was getting here?? First, it was really unusual, and two, he was a deadman. Kidd would totally outburst because he knows Wire was actually HIDING and not doing some stuff like doing the inventory so he couldn’t lie.

.What was his surprise when he didn’t saw Kidd, but the only girl of the crew. He already has talked with her. She was rather kind and calmer than most of the members of the Kidd Pirates. But if she is the one that just came in, that means that she’s also the one that was cursing like Captain Kid? He wasn’t excepted that from someone that calm, sweet and cute…

.Tho, she didn’t expect to see him here too because she literally jumps and nearly screams… And she said a lovely “The fuck you been doin there ?!”. So he explained to her that’s where he hides when the Captain is in the bad mood

.Wire has already tried to do the first move, or at least send her hints that he felt something special for her, but his shyness made them a way too subtle for someone other than him too understand it. Fortunately, there is one thing that has ended up betraying him, or rather in his case, by helping him: it’s the way his cheeks flush, even is whole face flush, when there is physical contact between them, either it’s her hand brush again his or her passing her arm around his neck while they drink (and get drunk) with the crew.

.Wire was more than relieved (and flustered) when she did his declaration to him. And oh lord, he thought he would pass out the day of their first kiss. They were hidden, this time because of Kidd’s mood. According to his s/o, he was “too noisy” and Kidd was going to find them, the next things he knows was that he felt lips over his and arms around his neck.

.He could know his s/o for years that he would still surprised and flinch when he heard her swear like his captain. He could have never thought that such a cutie pie could swear that much. 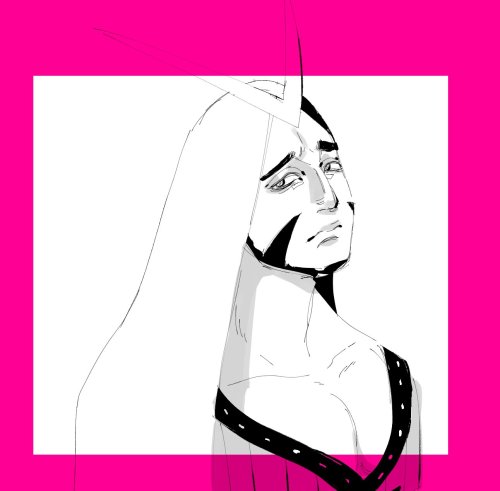 If you can’t beat him, join him!

Kid Pirates as shit I did as a kid

Stole parents jewelry and watches and hid it under my bed, when caught told my parents I was Smaug and it was my hoard

Talked to the goats my neighbor had and tried to get them to follow me into an uprising. 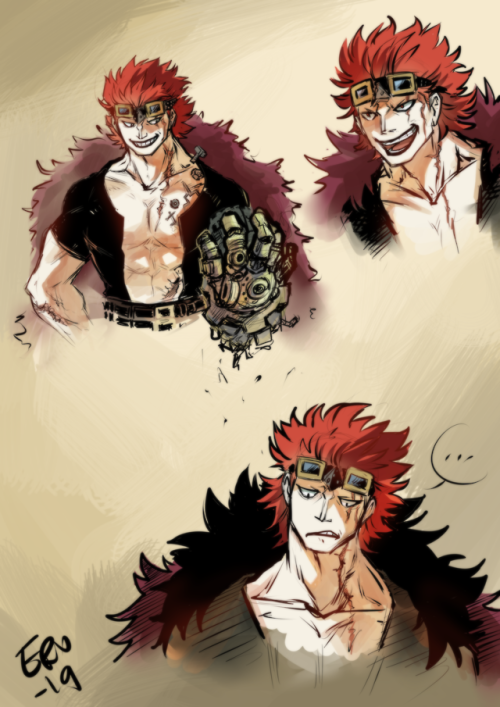 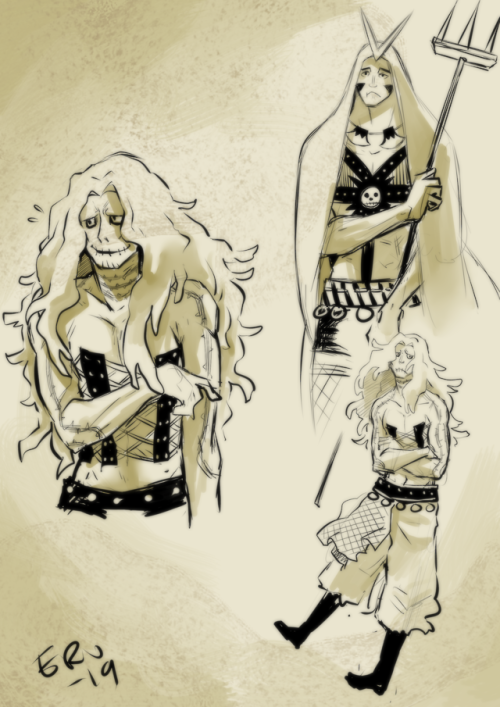 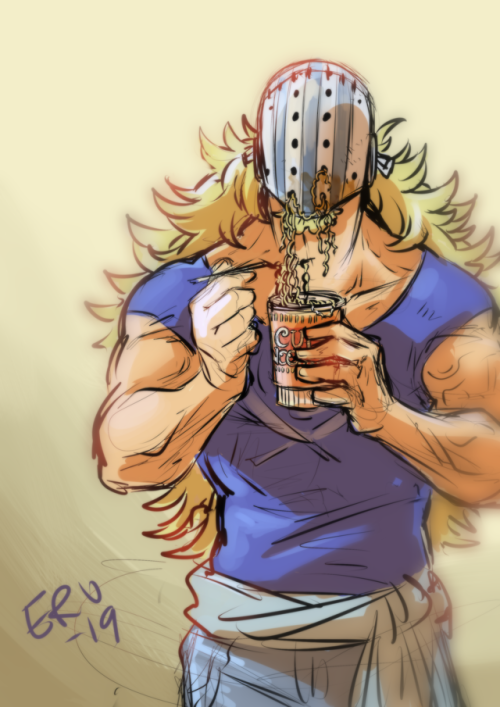 hello oda yes I know I can’t ask for much but hey can we get a fuckin sign or somethin that these two are okay????? 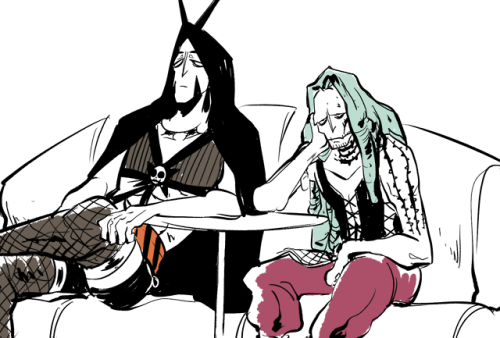