Another thought that I wish some people realized is that some people don’t like things shoved in their face. They will literally ignore it and move on. Most likely from past traumas or independence. They like to be thorough with their knowledge and educate on their own at their own pace. Not saying they won’t ask for help at some point when they are ready, but please remember that not everyone likes having information yelled at them.

I hate when I ask for somebody to educate me on something and they belittle me by using forceful words or discrediting me in the process instead of just teaching me their ways.

“I think about Shoma’s FS at Nationals a lot. Just the pure joy on his face to be skating and how free and light he looked makes me so emotional. That’s the look I always wanna see on a skaters’ face when they skate, not a scared one that’s always calculating every move they do.” 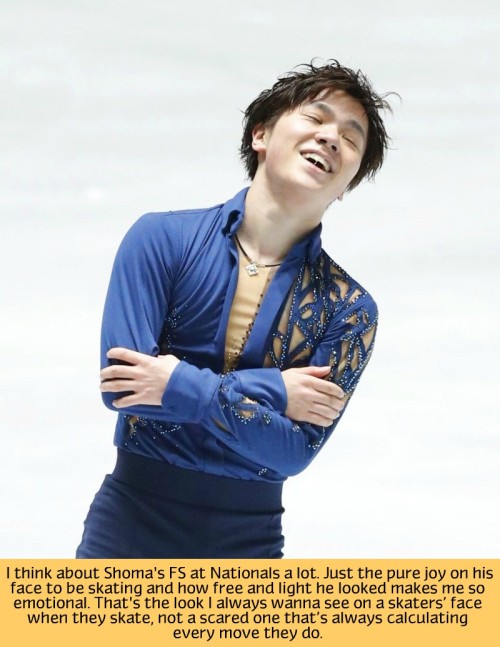 is there anyone else on here who listens to 90s rap, r&b and classical music at the same time or am I the only weirdo here?

“I have to say for someone who doesn’t have great jumping technique, Shoma Uno’s 3Aeu3F is so good? Probably the best looking euler/half loop combination right now? He has the best rhythm for it, and he makes it look so visually awesome (as opposed to it looking like a stepout or stumble like other euler combos) with his beautiful open chest. Also, always gloriously backloaded and with the music… truly a blessed combo.” 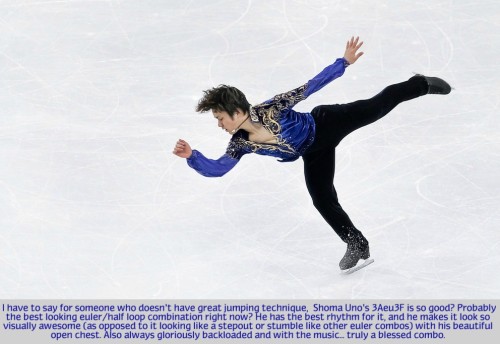 Do what TF you want but If you started a war with KP (meaning: William) then don’t expect it will be a winning for you.

“Maybe GPF 2018 wasn’t the best competition, but it had a great podium.” 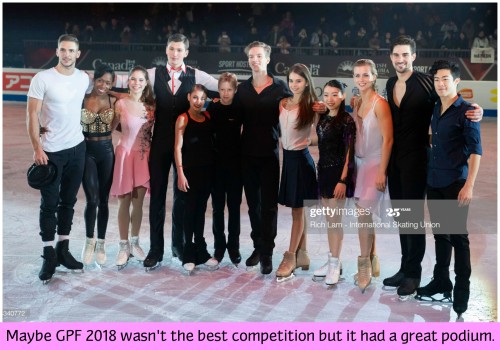 “I want Alina Zagitova to skate to ‘Scheherazade,’ although it would be impossible to match Anna Pogorilaya’s legendary performance.” 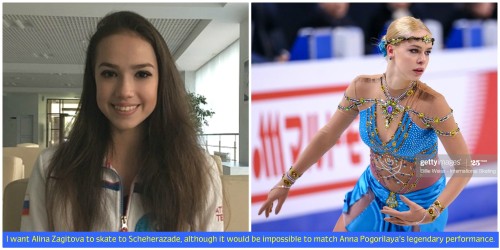 Having an accessible enough Hollywood Video store was one of the things I missed when I first moved to Texas. Blockbuster Video just didn’t feel the same.

Guess I can’t speak for the entirety of the former chain, but I remember the one I grew up going to back in Nevada being pretty awesome. It had a really good selection of movies, video games, and even a good variety of anime back when it was starting to blow up in the late 90s. It was also the only place in the Las Vegas bordering podunk mountain I lived in where you could buy video games, when they put a Game Crazy in it, until they built a Wal-Mart. It was a fairly small Game Crazy location, but like the movies it had a good variety with both then-current and classic games.

I remember their rental policies just being better in general, too.

to ‘lose’ your virginity in a certain sense is one of the most bullshit concepts a woman could have pinned to her. opinions?

“I didn’t like Mariah Bell’s ‘Hallelujah’ at all. I think she completely missed the point of the song.” 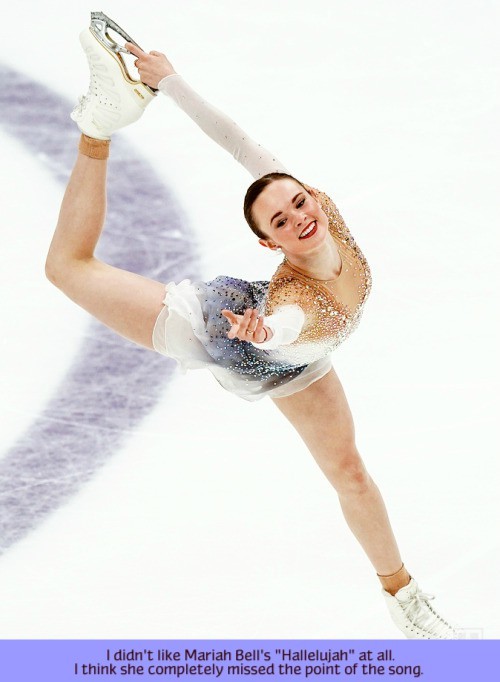 “I have a feeling that Jun will do ‘Les Miserables’ program in the future, since he said that he watched it more than 5 times.” 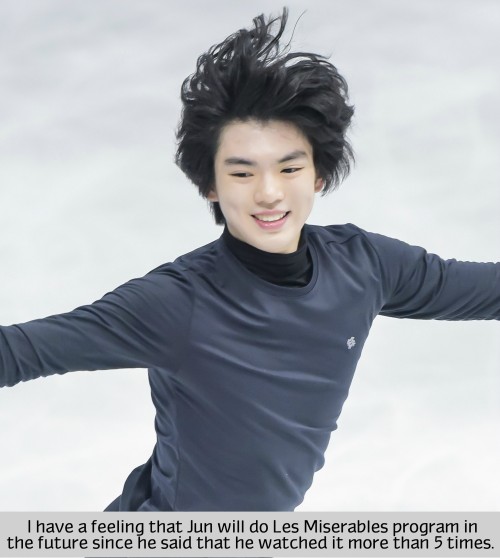 this is lee, the owner of this tumblr page. i’m honoured to introduce to you the new way of giving out your opinions on kpop! this tumblr page is made especially for all kpop fans out there, to list out your opinions about kpop. despite being a kpop opinion blog, any random opinions are welcomed! i, lee accept any sort of opinions with an open heart. send me anything and i’ll give my honest opinion on them ٩(˘◡˘)۶

the applications are much more simple than your math question:

its easy as 1,2,3 so what are you waiting for? ask lee away! i’ll back off hiding in my inbox waiting for your submissions. see ya later peeps.

“Maybe an unpopular opinion, but ‘Me Voy’ was Alina’s best program. Or maybe that’s just my opinion because I really liked it.” 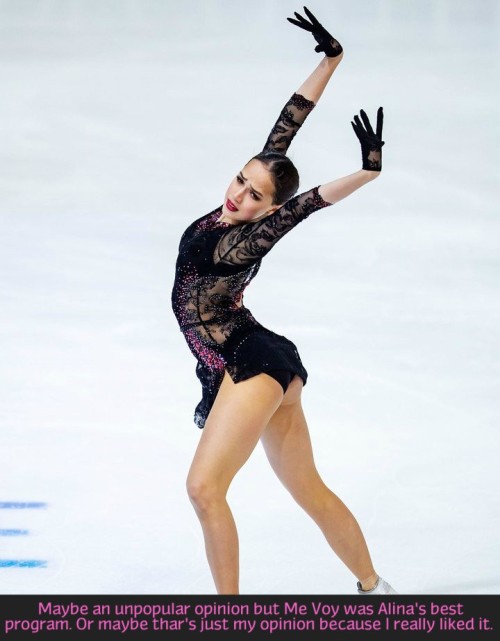 If hating people for simply being Trans, Bi, Gay, etc, is wrong, than I don’t see why it should be any different when it’s Cis people. That pretty much goes for things like race, too.

“I see the person that was hounding Evgenia’s location is now bitter and angry that the drama has slowed down, and she still has a significant fanbase left in Japan and Russia. Good riddance. I still think Evgenia was dumb and irresponsible, but I’m also not into the obsessive way this person was stalking her.” 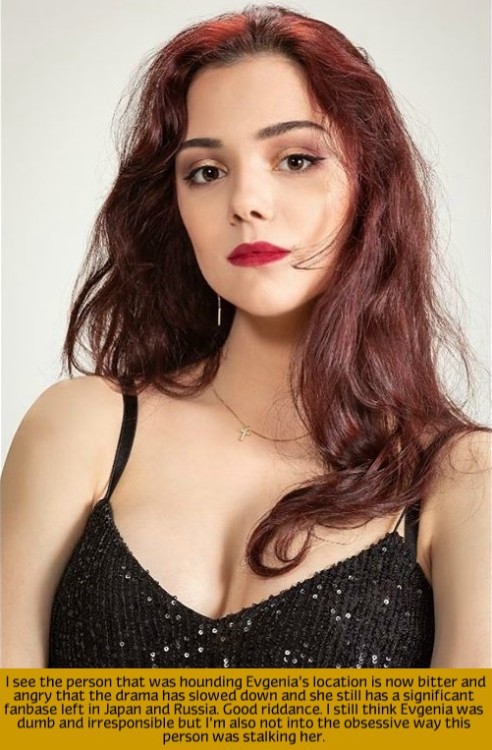 “I think that Shoma changing coaches was probably the smartest thing he ever did. Just look at him! He is so much happier with Stéphane after every competition and it feels like he could really have a huge comeback next season.” 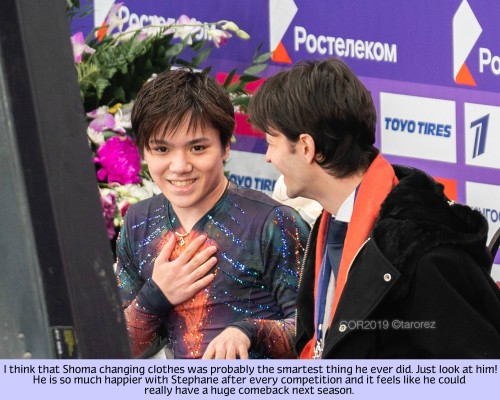 These were some of my opinions that I felt nervous about posting while the show was still airing. Since, I’m not the person to share my full opinion on something. But since the show is over, I decided, “Forget what others think, I’m doing it.” Some of them I’ve already posted on here already. (Opinions on under cut.)

#Tangled the Series, #Rapunzel's Tangled Adventure, #Opinions, #These are my own, #Yell at me all you like I don't care, #Not tagging characters, #Wyn Talks, #Wxlipse
6 notes · See All
ardenlovessportsText

Obviously, a lot is still in question with the status of the NBA and its return because of the COVID-19 pandemic; but let’s switch gears for a second. The buzz surrounding the 2020 NBA Draft continues building up, because one of its most significant prospects in LaMelo Ball continues to be the topic of all conversations.

The projected top-three pick, who also has a legitimate chance of going No. 1, is being closely linked with the NY Knicks these days. So in the event, Ball is selected by the Knicks, what should we expect from him? Just consistent glimpses of greatness lol. Even as I say that in a jokingly matter, I do mean what I said.

The 18-year-old point guard possesses an NBA-caliber game, body, and mind, and it helps he’s familiar with dealing with fame. As a matter of fact, I would say, the only players who can relate to LaMelo Ball in regards to achieving such recognition or more of it in high school are LeBron James and Zion Williamson, and we saw how they turned out.

I believe it was earlier this year in which I wrote about how confident I am in LaMelo’s ability to succeed in the NBA, and I’m doing the same here, as I say he will do just fine in New York City.