from my hunter’s journal

Oh boy! I’ve missed so many days!! Honestly I’m surprised I’ve made it this long with Inktober.

I normally give up after day 6.

Thank you everyone who’s been interacting with my drawings. It makes me so happy to see people enjoying them.

Some art reused, because I’m not that insane.

Hune is… Very tall. One thing I learned from this is that Ogres suffer from Book 1 weirdness. As in, we never get a good description of what Ogres look like. Even the height is a bit of an issue. In Book 1 Ogres are described as 15 feet, but a later comment by EE in Book 2 sets them at 10-12 feet. So I went with 12 feet on Hune as a sort of compromise. And that’s not even getting into body shapes. All we know about ogres is that they’re comparatively human shaped, and that Hune has a wide face with brutish features and intelligent eyes. And large hands.

I went with basic human anatomy, because… No matter what I go with it’s likely to be wrong. And with no description from Cat, it could be argued she simply doesn’t see anything particularly different from humans besides size.

We do know they got “Mediterranean skin tones” and are more hairy than humans. But the latter is covered pretty much up by the full plate armour. I also went with pretty light hair simply for the variation. Most likely that’s wrong and she got dark hair, but… I’ve found no descriptions of Hune’s hair. ;) 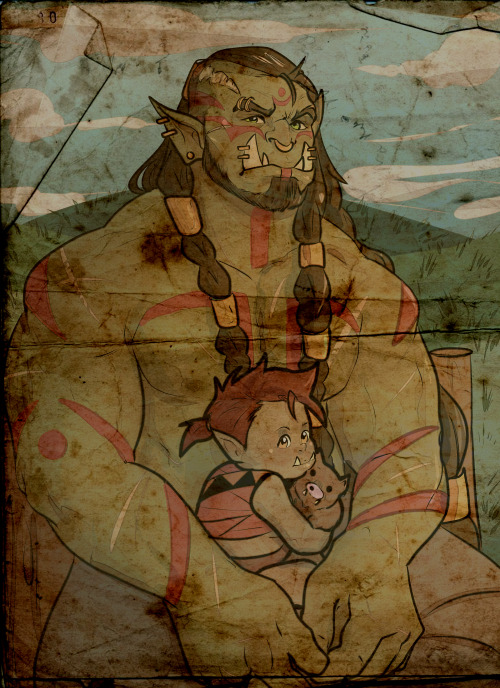 Another OC of mine :D

DO NOT REPOST MY ART

DO NOT TAG IT AS YOUR ART OR YOUR OC 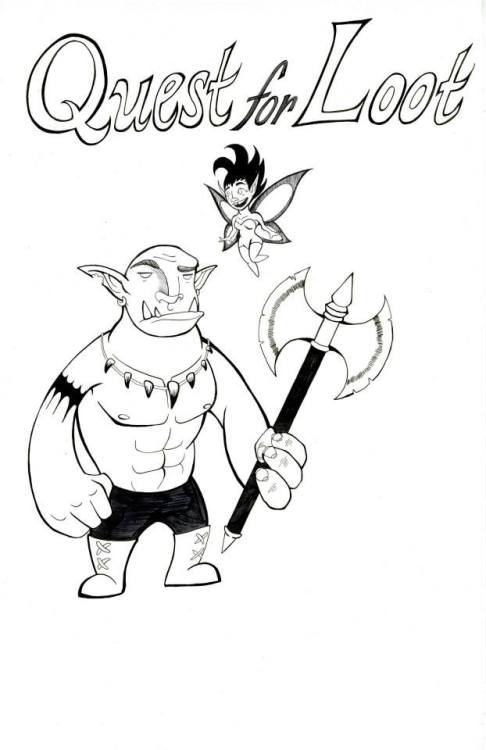 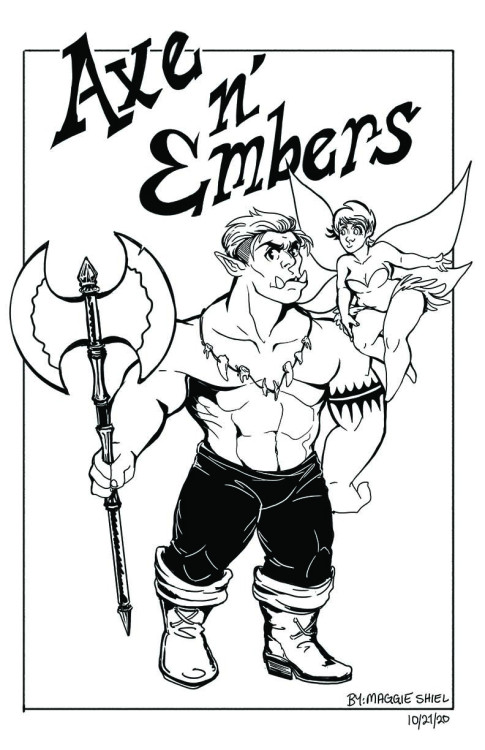 Some tieflings and an orc.

1. Ivan as a tiefling
2.-3. My tiefling monk, Sorto, in his normal clothes and a fancy apparel
4. My orc ranger, Ruin
5. Random tiefling doodle
6.-7. My tiefling druid, Horros
8. Sorto again, doing his morning yoga 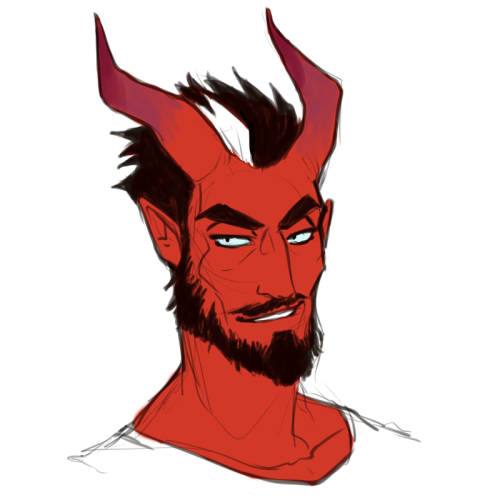 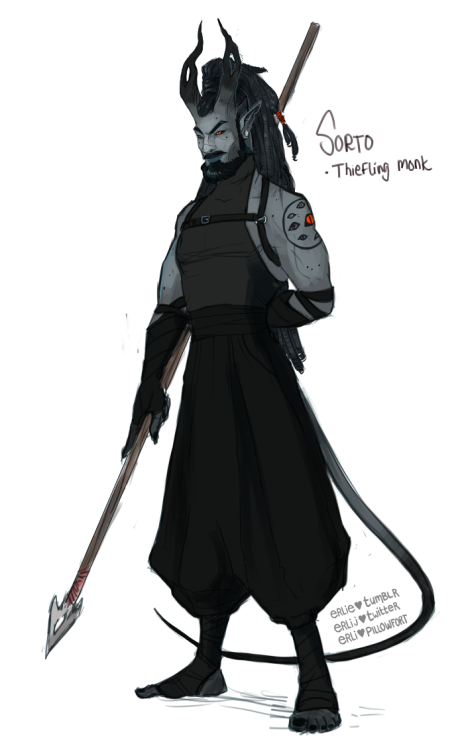 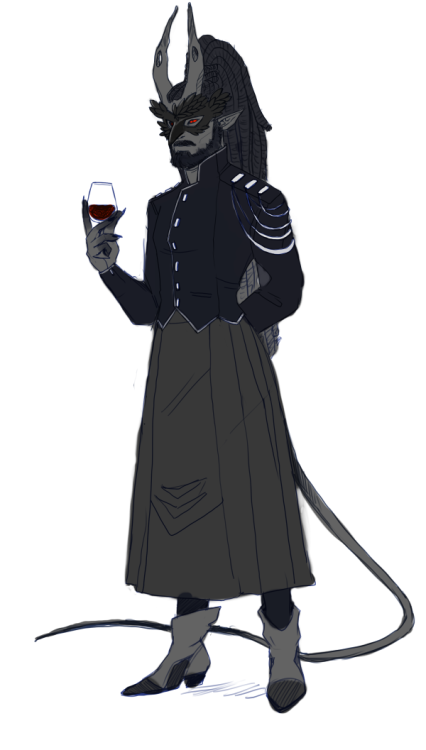 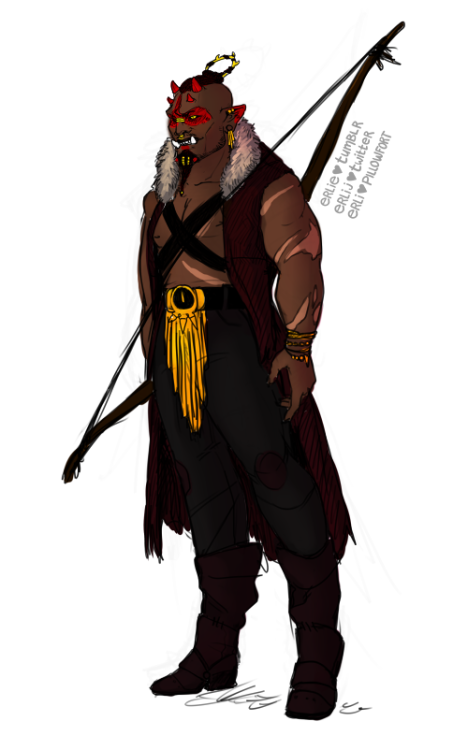 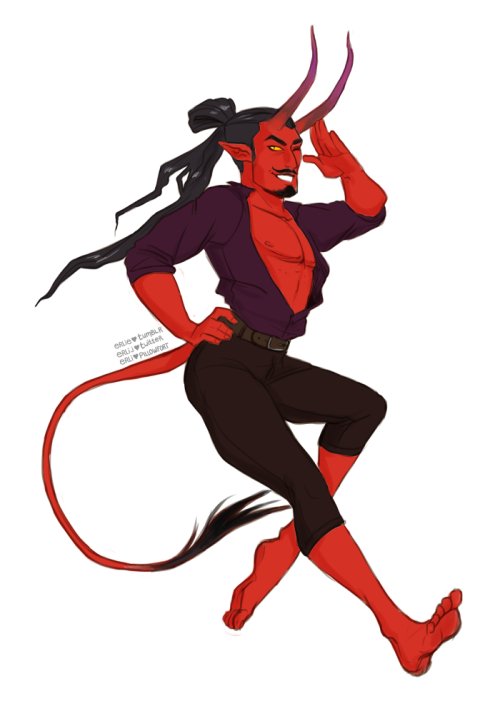 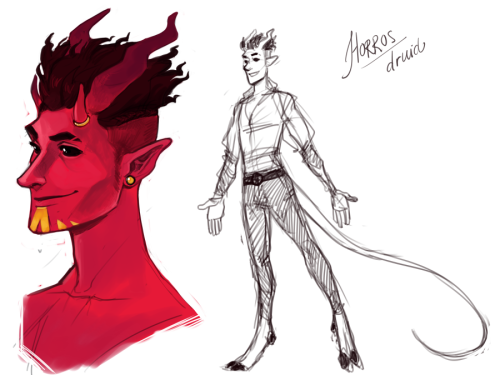 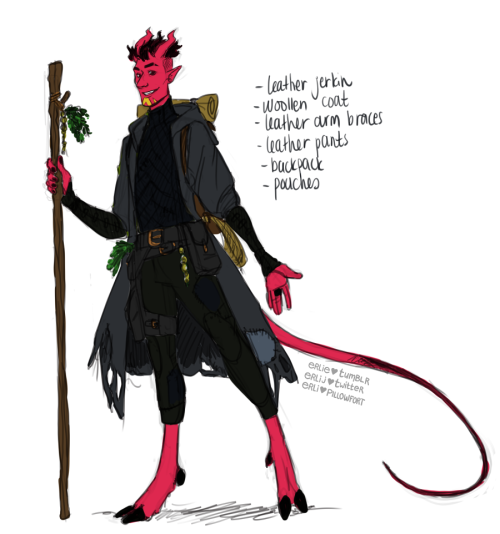 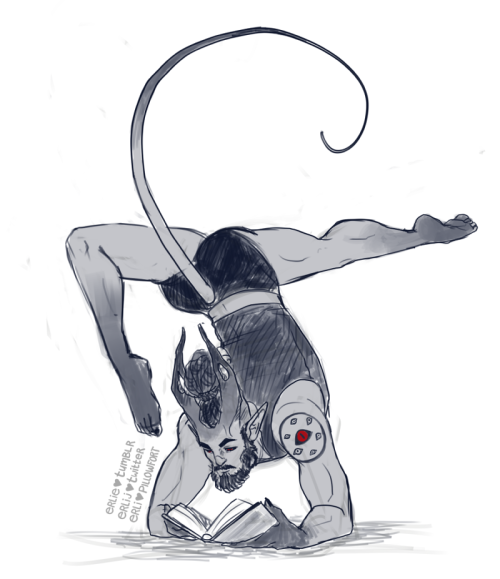 Found this old drawing I never posted…. this is my official arguement for why gnomes should be tiny. 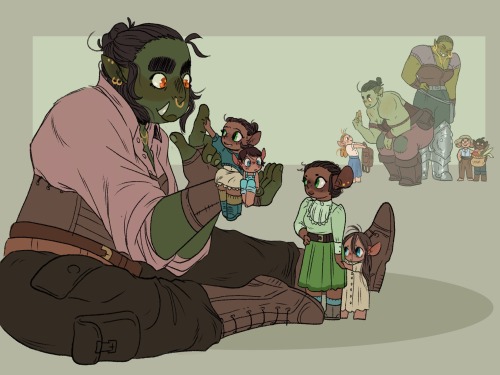 🌿 Malt and Nkuku for Drawtober 🌿

From enemies to lovers, these two are rather inseparable.

First image is the two enjoying a snow day with a walk through the woods.

Second image is when they were both much younger, around 13-14. Still young and dumb, not really understanding love.

Full-size, frameless version on my patreon (skullchicken) for free :) 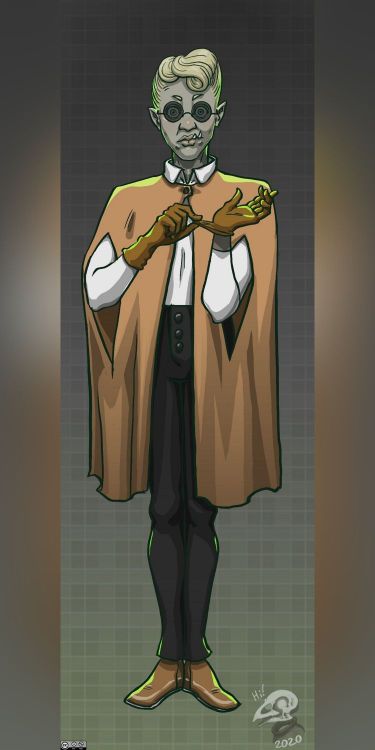 I’ll put this here as well, Selling this Warcraft Orc Monk of mine I really don’t have any muse for. He only has this ref (and the tmog I put together for him)
for this complete and fully colored ref, he is going for $40 USD\ 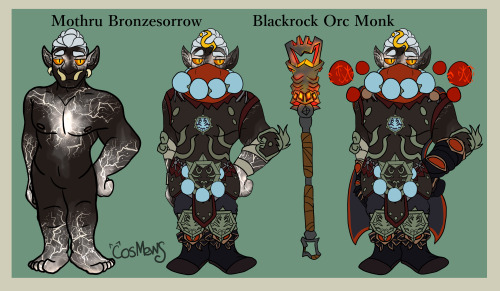 I feel like I’m finally getting a hang of digital painting out of nowhere? I dunno, something kinda clicked for me the other day and now I’m just trying to figure out how to repeat it consistently.

This is one of my newer characters, by the way- Ratri Dragonsroar III, the granddaughter of Ratri, my dragonborn I finally finished Skyrim on.

#that orange hair turned out a lot better than i expected, #next time i need a d&d pc i think it's gonna be her, #ratri iii, #ratri, #orc, #oc, #digital art, #digital painting, #ibispaintapp, #sonarpen, #fantasy
45 notes · See All
Next Page