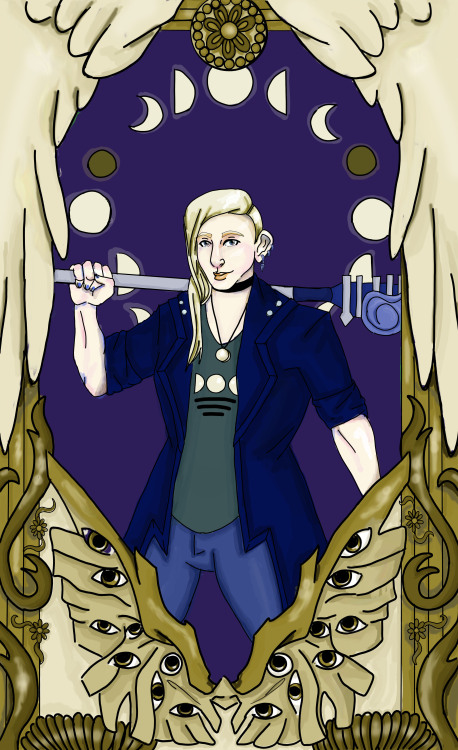 Some boy. His name is David Taylor and he’s an anchorman for a news channel.

Just felt like drawing Mave again cause they are so fun to draw- I can’t help it, I love my precious romance loving child

Uh!!! This is Indigo. I’m still working design out but I think he looks great so far.

Better design of Min’s his quirk Damon. If you noticed Mins eyes are a lava like color but when Damon is in control it’s black. Damon is Mins forever inner thought quirk, meaning Min is a two in one beaning, he carries both him and his quirk that has almost free will.

Heres a reference sheet for one of my ocs! 😼💕 (Her species belong to me)

Another pic I drew of my voidsona which I might call abyss! Enjoy!

I’m still taking a short break from the phandom but I was in the mood to try making an aesthetic collage again real quick. I don’t own any of these pictures, I just made some slight edits to a couple of them to fit her character since she’s meant to be this ethereal yet gentle ghost that enjoys exploring quiet places and admiring the beauty of nature while searching for lost items or relics. 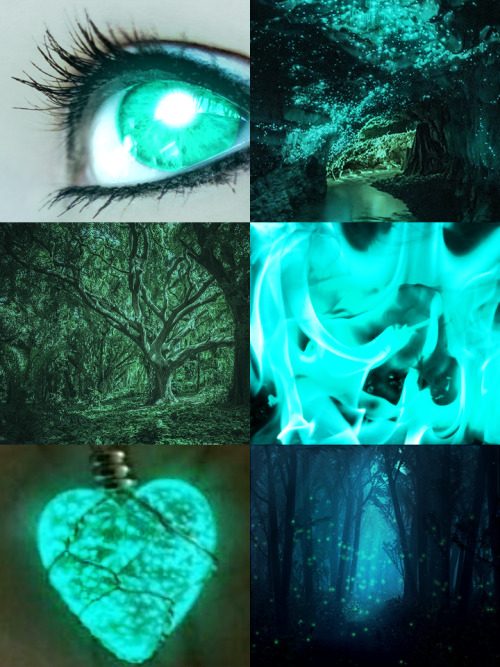 Here’s my voidsona! Sorry if the Japanese is off. Enjoy!

I’ve been wanting to draw this pic of Lemons for awhile now and I finally got around to it!

The warden danced with shadows cast through the small opening in the kitchen. His hands clutched the mug of black coffee, taking in its rich aroma before pressing his lips to the rim to get a proper taste. Perfect. Just like the morning before that and so on. With his energy on high, he crept over to the table, pulling out a piece of parchment and pen to write a note for his most adored guest.

Gunny,
Got a call from the covy to scout some activity jus south of Arom’s stand. Won’t be bout a few hours, ye know how these lil adventures go. Leavin’ the boofs with ye fer company while I’m out. If ye wouldn’t mine takin’ a look at me rifle I’d greatly appreciate it too…thing keeps jamin’ on me. Won’t be out late, check the ice chest fer yer breakfast. I hope you slept well…thinkin’ of ya.
-Sash

He pressed down the edges of the paper, creating a proper crease before slipping the note under the vase of freshly picked wildflowers. The warden smiled to himself, adjusting the collar of his olive green shirt to lay nicely against his neck. “Don’t go makin’ a ruckus for Mr. King ye hear me dogs?” His hand slid down from the mug to the fluffed mane of his eldest worg, tugging at her ears affectionately to make his claim. “Ye lot can join me when I know more, aye?” The dogs stamped their paws against the wood floor, bouncing as if they understood his words aside from just picking up on his excitable and confident pitch. He was safe, there was nothing to worry about.

Sasha took one last sip of coffee, stepping away from his tiny pack to place the mug into the sink. His footing was halted as he turned to peer at the cracked bedroom door. He smiled to himself, raising a hand to his lips and then placing it on the center of his chest. Whispered vocals slipped from his lips, “I’ll see you soon, Gunny…” He nodded once, turning towards the door while he grabbed his pistol, his hunting knife, and a small sling pack that carried his most essential supplies along the way. It was going to be easy in and out, and if he needed other watchers he would call. There was nothing to it.

It took him longer than expected. By this time the moon had started to peek through clouds, just enough for him to scout the collection of bodies that lay before him. His nose was the first to notice, followed by those grey observers, taking in the sights and curling his lip over his violet mustache. “This is worse'en I thought…” he muttered under his breath, exhaling all the air in his lungs lightly. Sasha crouched down, plucking a sample of cloth from glistening bones. It was fresh, someone had been there to take and nothing.

“Did you think I could not smell you, warden?”

That voice rushed the hairs on the back of his neck at attention. It forced his breathing to seize, body frozen save for his fingers dancing along the edge of his belt to grace the hilt of his knife. “Don’t be stupid…” She taunted, letting a breathy chuckle mark her last words. Sasha turned slowly to follow, but the vocals quickly flooded him, pinging around the inside of his ears in different directions. It was too late for him to catch the sound that crept from the woods. Only swift-moving air could be felt as instinct forced the warden onto his belly.

He was too slow. The sensation of a small inferno bloomed from freshly craved lines along his back. He collapsed further. The sound of her voice once again ringing in his ears, legs pushing him up and off the ground to find refuge behind the back of a tree.

“I heard you liked animals, Warden Ozdemir.” The woman sang, twirling her lithe fingers along with the air as though she were manipulating velvet.

Another peek at the story compilation piece for my character Ari 💧🔪

With her 🔥 girlfriend this time!

The piece that start it all

cant believe it took me this long to make an oc 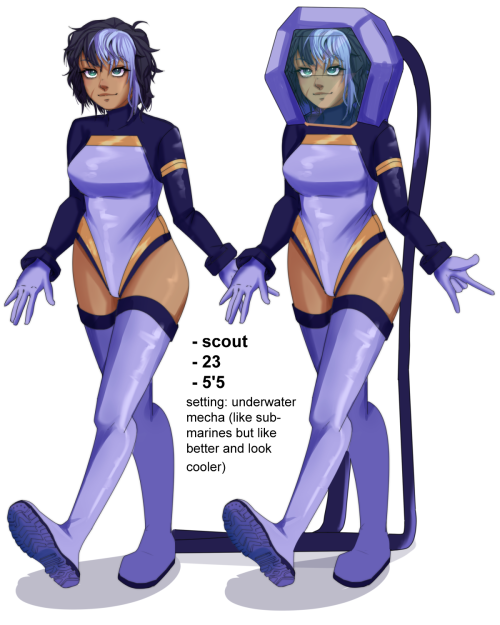 71. What was your kinkiest wet dream?

Akshay: Probably one where I was a king and had a harem. *shrug*

Decebal: Ohhhh! That one kinky dream where three girls were suking my cock. *laughs*

This is Neoma, Wood Elf Druid, Circle of Land (Forest).

I made this avatar a while back, so the drawing I’m working on will look a little different from this. I’m still working on the drawing for her and my Tiefling, but they should be here soon! 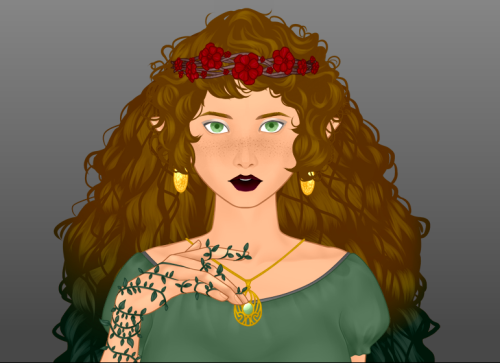 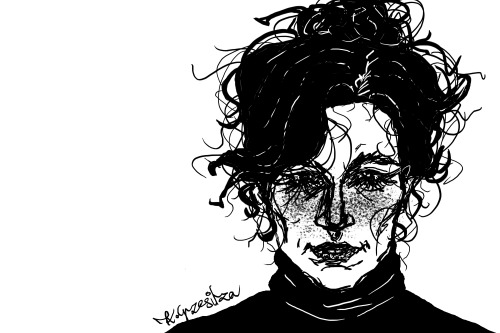