This is how I feel today

It just doesn’t want to go away

I fell back into my old fandoms after quarantine hit and haven’t found my way out. Right now I’m looking for someone to write Percy Jackson or The Maze Runner OCs with! (Though I’m open to canon in TMR with Thomas/Minho.) All characters will be 18+, ideally we cover a few years’ ground to their 20s or onward if they start out 18/19, but they’d be that at minimum. Primarily looking for m/m, but I’m open to f/f. Veeery tentative on m/f, but I’d be more than happy to have side pairings with m/f.🤍

Time zone?: I live in the US! Missouri, to be specific. So CST, I think?

Contact?: My email’s the same as my username: limetimeline@gmail.com. I RP through email but I like talking OOC on Discord. If you don’t like Discord, no sweat, we can talk OOC on Hangouts or email or something.

RP style: Third person! I hate writing first person, haha. Paragraph style, I can go anywhere from 3 paragraphs to 10 depending on what you want. I prefer quality over quantity but I don’t like single paragraphs or anything under 3!

Smut?: Sure. All characters will be adults, obviously. I write vers characters and expect the same from you! I haaaate being forced to write a dominant top role for someone who only writes submissive bottoms. You know the drill.

Limits?: Hmmm. No toilet play, mpreg, noncon or dubcon, incest, pedophilia, so on and so forth. I can handle violence and the like in action. Oooh, also: I’m open to character death! Preferably not our mains, but I’m someone who’s really into sound storylines and high stakes and stuff. We can talk that possibility over.

I think that’s all I need to put out. Let me know if there’s anything else you need to know. I haven’t seen anyone posting for a PJ or TMR roleplay in a good long while so hopefully someone’s interested.

I can handle multiple characters as mains and/or side characters, and that goes for pairings as well. I’m a baby for found family. Another m/m relationship or f/f, or even m/f, because I’m open to it so long as we’ve got other pairings around as well. Don’t want all the hassle and just want to write one main character each? That’s perfectly fine, too. Just tell me what you’re feeling.

PJ: No plot in mind, but something on the intense side with a prophecy or chosen one line! Demigods past their teens (20+) being counselors/staff. Maybe demigods outside of camp, foundations/places set up by way older demigods (like 30, 40+) with staffers over 18 helping out. I’d be open to making our own “camp,” so to speak, or just keep it simple with canon.

Maybe we go the vein of canon, writing characters from their younger years in camp to adulthood and the trials and tribulations that come with it. Our own trio or little group of demigods to follow as they grow and change over the summers toward an end goal in a prophecy when they’re older. Maybe one (or more!) of the characters being a child of the Big Three! I love mix+match pairings/friends, like an arguably super powerful character with a “less impressive” one from an outside perspective; I’ve got a son of Hermes I’m dying to pit against a son of the Big Three, even Zeus. I love me some good old fashioned best friends to lovers, so that’s super high on my priority at the moment!

TMR: This is the only think I’m open to writing canon characters with, specifically Thomas/Minho! They’re an old favorite pairing from middle school I don’t think I’ll ever forget, I rewatched the movies last night with a friend and was just hit by them so hard again. 😭 Otherwise I’d just want to stick with OCs. Either we take canon and just put in our own OCs or work with our own maze/scenarios with the characters breaking out and such, putting our own spin on things. I’ve never rped TMR surprisingly, so I’m actually really excited for this prospect. I’ve even started brewing over OCs already. I’ve never seen anyone looking for TMR with OCs, so I hope someone out there’s interested.

I’m the type to really stick with cravings, especially now that I’m stuck so far in them very likely going to continue on, so even if you find this ad long after I’ve posted it, don’t be afraid to send me an email and see what’s up. My line’s always open. 🤍 Hope this format doesn’t get all weird and lumped together!

First cover with instrumentals. We’re getting fancy! Anyway, really appreciate this song and the focus on the quiet stuff in relationships.

I live rent free in someone’s head and i’m going to kill the landlord. Marxism!

How do you forgive yourself? How do you make peace when you are still actively hurting despite the years that have passed?

I am learning to forgive, I am. But to do so I must forgive hands that brought destruction and words that seared themselves into me.

I have found it easier to grant compassion and exoneration to others than to myself.

To forgive myself, I must grace the halls of houses I have long since abandoned. For so long, I chose to build anew than to reckon with the ghosts that reside within me.

But just because you can outrun your past, doesn’t mean it doesn’t find its way back to you.

I fear now that I won’t recognize the brick of past homes, the foundation that created the ghosts that reside within it.

I do not know every word I’ve said or every person I’ve hurt. How do I forgive ghosts that I do not recognize? How do I reconcile the small village inside me with who I am today?

Time will only tell. Perhaps the ghosts will tire and grow kind with the passing years. Perhaps I will slowly learn the art of forgiving myself and allow it to create warmth within the homes of my heart.

Please do not remove credit :)

stop! dating! skeletons! you may think that boney butt is worth it but wait until he catches the scent of your blood and has you dead on the kitchen floor over a minor argument that was his fault, how can you even fight back? theyre like starfish you break a part of their body and it doesnt matter they just come back stronger 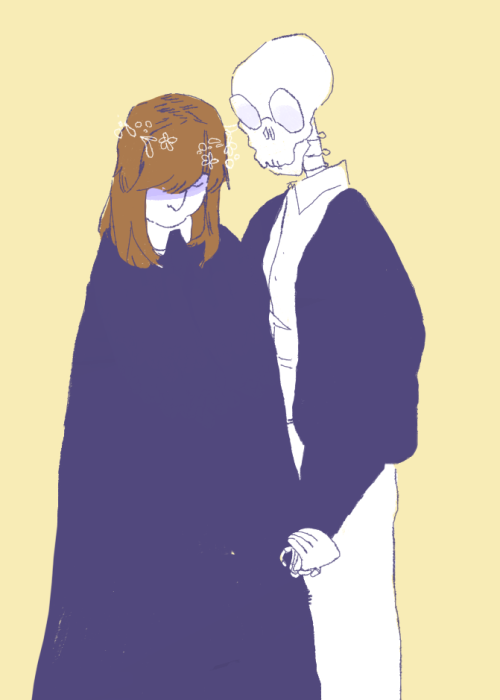 as long as it gets the idea across i guess 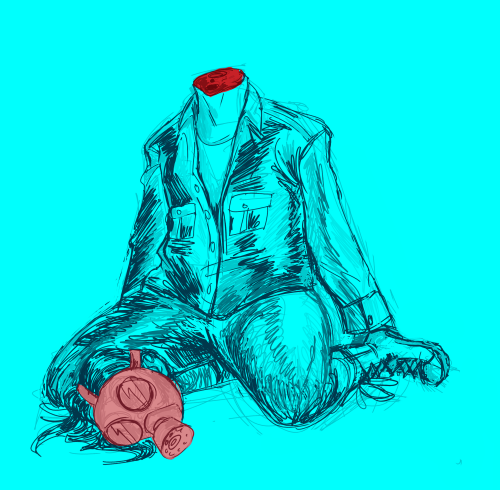 #artists on tumblr, #animated, #animation, #forest, #aesthetic, #green, #original, #creachers, #for the most part i mean, #you can tell i was thinkin of ghibli while painting this :p
3 notes · See All
kishinillustPhoto 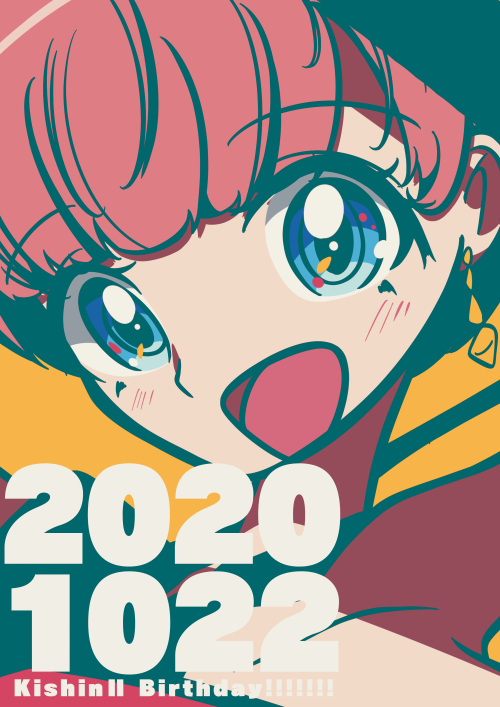