Finally watched ˋportrait of a lady on fire ´ …

The cinematography; the non existence of underly music or noise, unless it was needed; the way the 3 main woman had each a dedicated primary colour, the way the ˋred´ woman was the calm and collected one and the ˋblue woman’ the angry one and the ˋyellow woman ´ the reserved but comforting one; the way they all befriended each other and learned; the way they all laughed for the first time a genuine laugh for an entire evening; the way all of them were strong in their own way, yet their sadness and anger and happiness wasn’t ignored; the way this all was an allegory towards Orpheus and Eurydice; the way the ˋred woman ´ saw the ˋblue woman ´ in a white dress as a hallucination, looking like a ghost and it turning out to have been her wedding dress, the way the ˋred woman ´ went through all 3 primary colours and in the end mirroring the ˋblue woman ´ by wearing a just as golden/yellow dress, symbolising, they both have accepted their fate

Orpheus is the human embodiment of “you had one job”.

the fear of it-

I reach for you

I fear it will

to see your face

and you are the

never strained for you

on its way out,

to have more faith

please do not steal my artwork or words! do not repost or post on other websites! 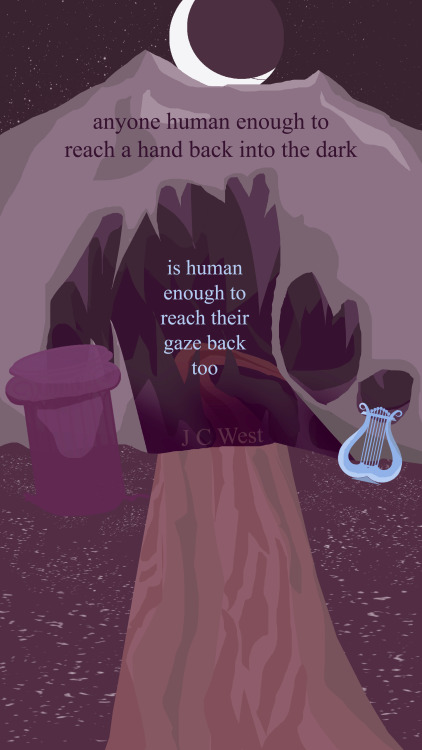 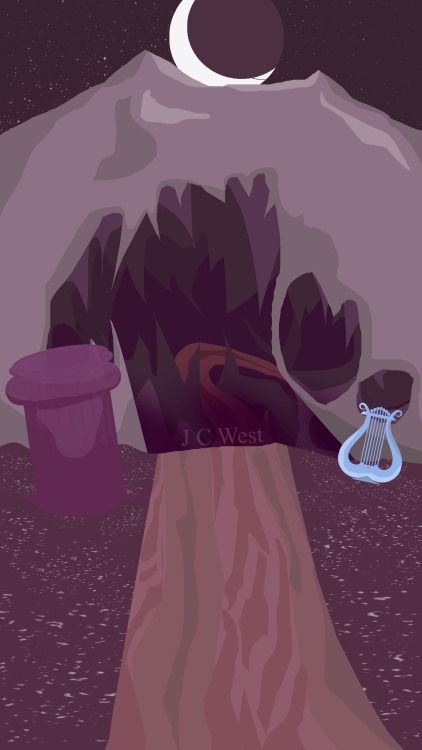 #sorry for the spam of these, #i'm having a lot of fun, #this one isn't that good tho, #greek mythology, #my poetry, #poetry, #my art, #orpheus, #eurydice, #orpheus and eurydice, #mythology art
36 notes · See All
kimikaamiText

Eurydice’s really like, oooh this mf’s craaazy, and then hermes tells her orpheus can make her feel alive and .2 seconds later she’s like so where r we gonna get the wedding bed when we’re married

any song in Hadestown: *exists*

we knew this was gonna happen. obviously i’m very into a grinning man au, but i’m not sure what route to take in terms of grinpayne and dea, so i drew both to see which one i liked better. i like orpheus as grinoayne and eurydice as dea the most atm. vote now on ur phones

A short sequel to Come Home With Me, set three years later. Orpheus and Eurydice have a surprise for Christmas. 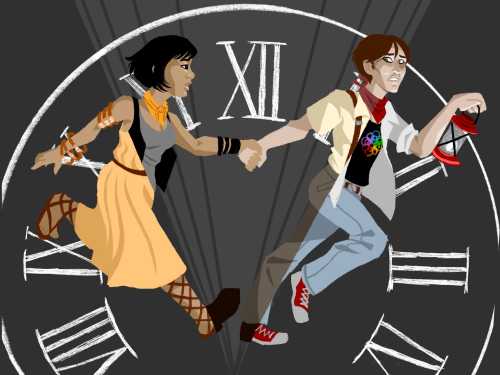 #Hadestown, #Orpheus, #Eurydice, #fanart, #I don't think I like the running through time effect here, #I might just redraw three versions of this as a set
24 notes · See All
ratcarneyText

orpheus was a poor boy—but he had a gift to give.

Hi hello yes I wrote this in the car and have been meaning to post it for days here we go.

“Sephy?” The tiny voice squeaked as she felt a hand on her lower leg.

Persephone is drawn away from the bread she peels the crust from. She sets the emaciated white bread down, and continues to assemble the sandwich with a layer of grape jelly. “Whats up, baby? I’m almost done with your sandwich then we’re gonna go outside to see Amma!” She switches to the peanut butter, careful not to rip through the bread.

“Sephy what’s po-pose mean?” He blinks up at her with big innocent eyes, bouncing on his toes “is it good?”

“I don’t know Orpheus. Where’d you hear that? Amma?” Persephone asks absently, settling the sandwich together, placing the knife in her mother’s kitchen sink. As a result of a family business trip she was alone in her apartment, resulting further in her taking Orpheus to stay at her mother’s country home for a few days. She hand him the napkin wrapped lunch, leading him out towards her gardening mother.

“Nooo hades and hermes were talkin. He’s gonna popose you.” Orpheus explains, both little hands grabbing onto the sandwich, which he bites into as he skips ahead through the screen door to the back yard.

“….he what? orpheus!” Persephone calls out as she skips ahead, following after him

“What did he do, honeybee?” Demeter inquires from her place kneeled by some tomatoes, where she has twine carefully tying the plants up to wooden steaks. “He just came through with his little sandwich-“

“Orphie? Come tell Amma what you just told me.” She instructed, waving the three year old over and pulling him to her hip as he came closer.

Orpheus takes another bite of his sandwich and kicks his legs as he chews. He nods his head along with his feet, to the beat in his head. After a minute he shrugs before taking another bite. “Hades is poposin to sephy.”

Demeter just chuckles as she shakes her head. “You weren’t supposed to tell her, Orpheus, it was a secret.” She holds her hands out to welcome him to her arms, as he wiggles out of Persephone’s shocked grasp.

“Sorry sephy!” He giggles, burying his face in the blonde ringlets of Demeter.

“You know?” Persephone asks, voice laced with shock as she clenches her hands at her side. “You knew??”

“Of course I knew, Persephone, i’m your mother.” Demeter reminds, settling Orpheus on her lap as he begins to pick at her dandelions. “Besides. He told me he was going to ask you. And just because I don’t like it, wont change it.”

“You know i’ve never particularly like him. But that won’t change your mind on him, never could. So, i’ll accept it. Doesn’t mean I wanted someone to tell!” Demeter kisses the top of Orpheus’s head, letting him run into the various rows of plants, zig zagging through.

“‘Mom! When is it-“ Persephone asks, fiddling with her fingertips nervously.

“Oh no no. I’m not telling you that.” Demeter shakes her head, hands up in defense. “You’ll have to wait. Act surprised.” She teased, reaching up to take her daughter’s hand. “Consider saying no?”

“I know, I know. Wishful thinking.”

I wet the dirt underneath me

with the tears and the cries

and as if I was Orpheus

to welcome me in its embrace.

-to be buried alive 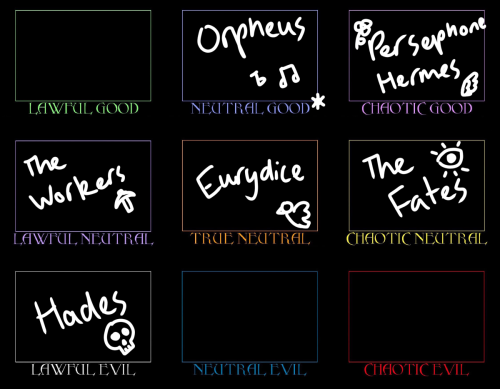 Orpheus should have been a politician.

I listened to the Hadestown soundtrack again and I just can’t. The bit in Doubt Comes in when Euridycie gasps, and the pauses and ahhh, I just can’t it’s so good. My little heart breaks every time.