this was for my ososan team lmao

Sky is the limit!

Totty as Six is scary af 💀 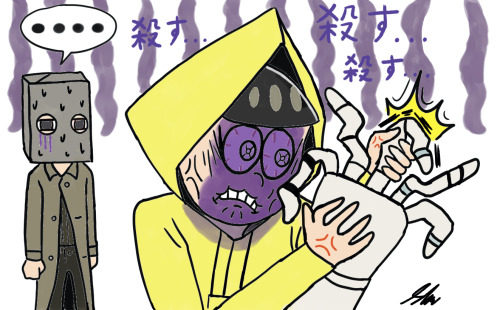 Osomatsu - Aw, don’t be scared, it’s just a little bug! It’s definitely a creepy one, though. Maybe if he sprinkles some salt on it that will kill it? If not then he’ll just squish it with whatever’s nearby.

Karamatsu - Don’t worry darling! He’ll save you! Truthfully he’s not fond of bugs either, but if you’re scared of them then he’ll gladly come to your rescue.

Choromatsu - He just traps it in a cup and lets it outside. Bugs are gross, but most of them are pretty harmless, so don’t worry. If you see more of them just let him know and he’ll take care of it.

Ichimatsu - Dramatically stomps on it or kills it with a fly swatter. He has no mercy for any bug that tries to scare you.

Jyushimatsu - Catches it in a bug net! He really shouldn’t do that indoors, but at least he catches it. Jyushi actually doesn’t mind bugs, but they belong outside for sure. That’s their home! Go home, bugs! You weren’t invited!

Todomatsu - Oh, he’s scared of bugs too. Especially bees. But don’t worry, he’s got a secret weapon: the vacuum cleaner!

Todomatsu’s seiyuu is taking suggestions on twitter for Osomatsu goods

You can tweet your goods ideas with the hashtag #入野自由グッズ開発室 until 8 March 11.59pm 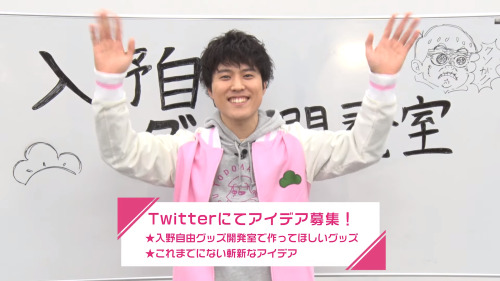 A small video was posted on Osomatsu-san’s official youtube: https://www.youtube.com/watch?v=xceYstX8tVI&feature=youtu.be

I suddenly remembered that one frame in S1/EP8 where Karamatsu has these big doe eyes and it has been haunting me since then: 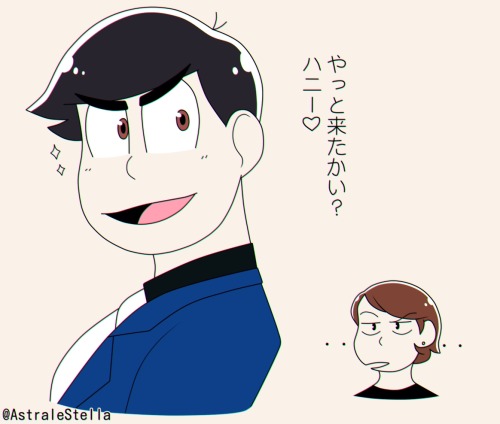 #fan art#osomatsu san#Karamatsu#my art#dont be confused i find them very cute#i will kiss Him thats a threat#i kinda miss when they broke the models like this tho#made the bros feel more fluid#i still like S3 tho!! it has a very slice of life vibe to it#but i think that it feels nice bc we've seen the bros in such crazy skits in the past (specially S1) where everything could happen#that seeing them in this type of comedy isn't bad (depends on who you ask ofc)#it has that difference i think#anything could happen in S1 bc no one knew these guys so the studio did whatever the fuck it wanted with them LMAO#but now; years later; they are very popular and they have a lot of fans#so perhaps thats why they took this direction with them#developing the sextuplets with that famous Matsu Mix of comedy and sudden serious topics together#(i mean Karamatsu was treated poorly at first but he still got 1 in popularity polls all the time)#(so they decided to tone down his suffering a bit ALKSMFLA he certainly got the biggest development. that might be a biased opinion tho ngl)#sadly i cant have that 2016 nostalgia like the older matsu fans; the nostalgia of when all of this was just starting#but I think I understand their feelings towards them and now. It really has been a long way so far#i dont know what the future holds for the Matsuno sextuplets. But i hope i can witness it with the rest of my matsu friends#SORRY FOR THE SUDDEN WALL TEXT#watching the english dub of S1 got me thinking a bit
11 notes
rumatsu
Text 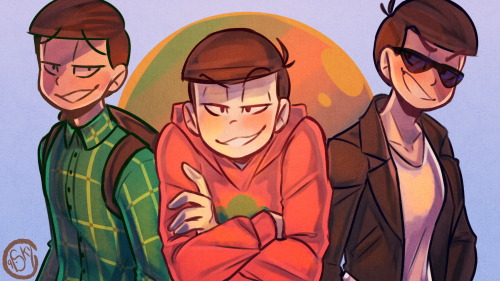 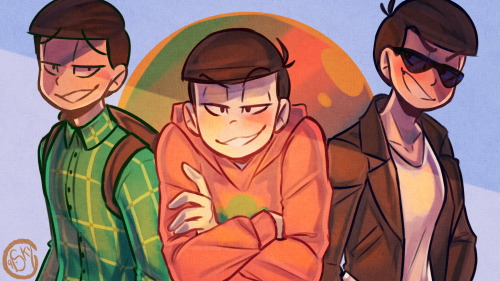 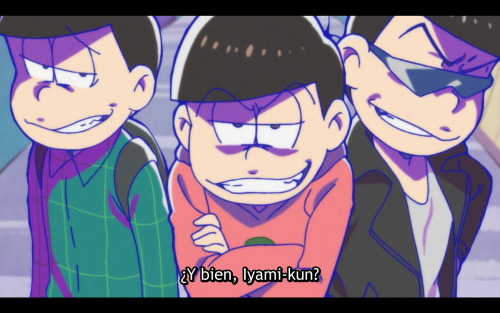 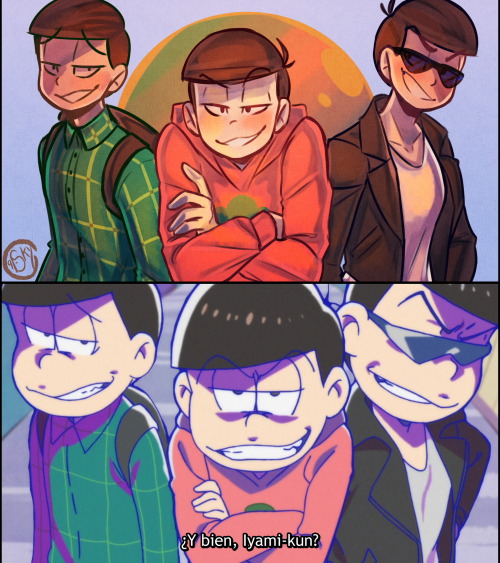