Trending Blogs
#ouran au
rosesisupposesAnswer
Yessss, she/her, they/them. Also I would like to hear about sides as Ouran please. -C.C.

Directly fueling my obsession? BLESS YOU

I’ve come up with multiple iterations of an Ouran AU, but some things always stay the same:

a/n: Oh shit this is getting long

“Really?” Yuzuru questioned. The light from his computer reflected off his glasses, a pretty little glint hiding his beady eyes. “Then what was this?”

He turned his screen where Hikaru could see. Looking at his face closely. Watching it split in horror as he slowly came to the realization of what this meeting was about.

On the screen was him, and what seemed to be him, escorting a girl out of a lobby of a hotel.

“Not what it looks like?” Yuzuru turned up. “That’s alright. I know.”

Hikaru was about to relax until he continued.

“I also know it isn’t the first time.”

And before he could ask, Yuzuru clicked something, and the screen changed to an article. He was on the front page, with a girl, clutching his arm, and her face blurred out. He recognized her as the girl from last week. - She was drunk and he escorted her to her cab.

Except that’s not what the article said.

“Trainee of OR entertainment Hikaru Hitachiin and a secret affair,” Yuzuru read out loud. “This is quite something isn’t it.”

“Thanks Uncle Leon.” Silver said as she got out of the car in front of Ouran Academy. A few girls were nearby as Leon rolled down the window to give her the spare house keys.

“See you later.” Leon said, looking at the glancing at the girls. Silver hummed and walked away from the car, going up the front doors. She ran a hand through her short silver hair.

An idea for an Ouran AU….

An AU where Haruhi is the rich kid going to a poor kids’ public school. Where instead of learning the “magnificent ways of a rich kid’s private schools”, she learns about cliques and crack and junos and everything else in a public school. However, as appalling and questioning it is to her… she can’t help but be slightly intrigued and curious. Because of this, she gets to know each of the people and see how these struggles have affected their lives and how they either power through it or let it succumb them.

Ouran au doodles! :D
(I made a design for me yay!)
@theniceprincessartblog @storyboard-sketch 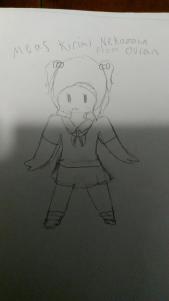 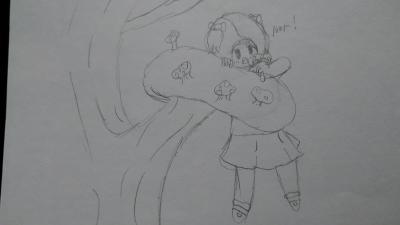 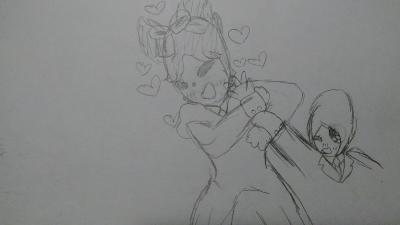 #ouran au, #ortensia the cat
8 notes · See All
askjisungAnswer
I've never shipped Jilix so hard before this is your fault. Also!! I had a God tier idea and I feel obligated to share cause you're one of my favorite blogs. Stray kids ouran high school host club au. Their roles wouldn't be exactly the same but Minho would most definitely be the king like Tamaki

Hehhhhhh I am always happy to feed the jilix tag~

Also after much thought, please consider jilix as the twins and changjin as honey and mori (but with switched personalities hahaha)

I was too lazy to add color to these but maybe when I get home ..

It’s Barden’s annual end of school fair! With magic in the air and the host club throwing their most extravagant party of all, Beca and her friends must face outside guests, parents, scheming grandparents (particualrly one) and one particularly unpleasant surprise. Will Beca realize her growing feelings for Chloe and find her voice or will she lose her forever?

Well kinda..this is kind of a AU thing…but still! Greetings! 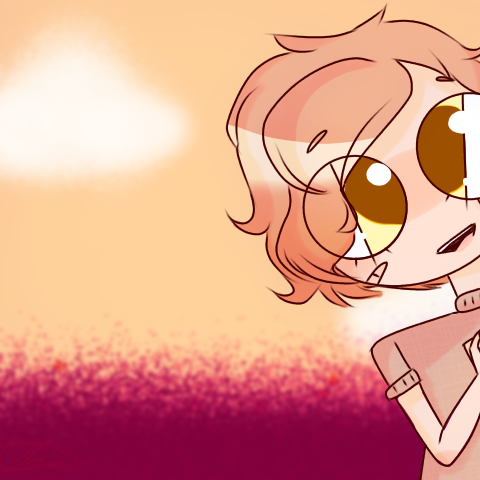 Ya boi back again with ouran au, this one’s titled “Keith, ur gay is showing” 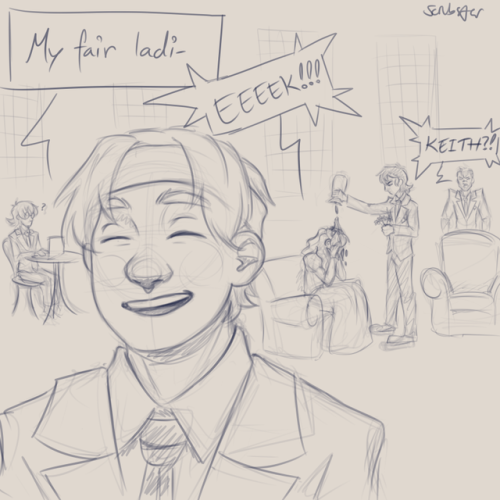 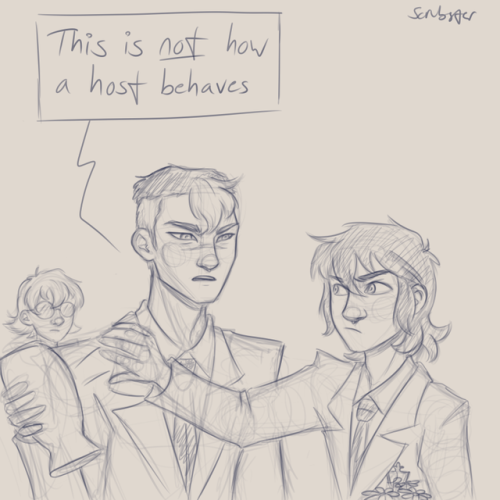 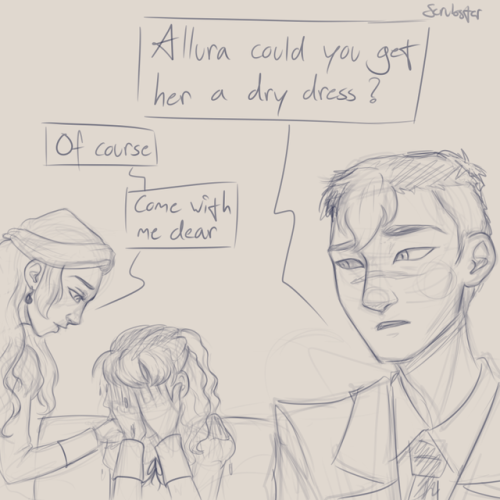 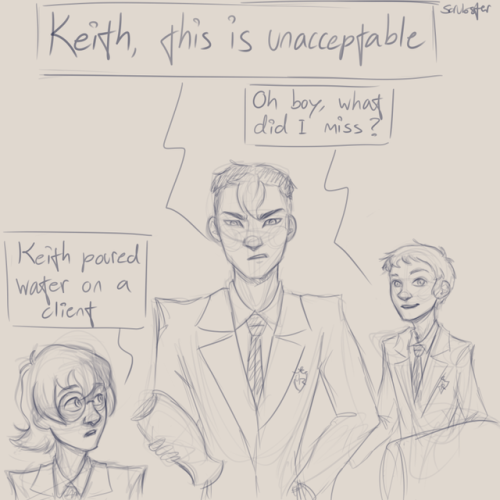 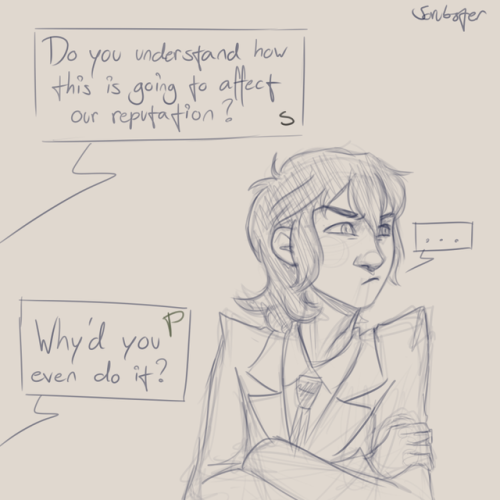 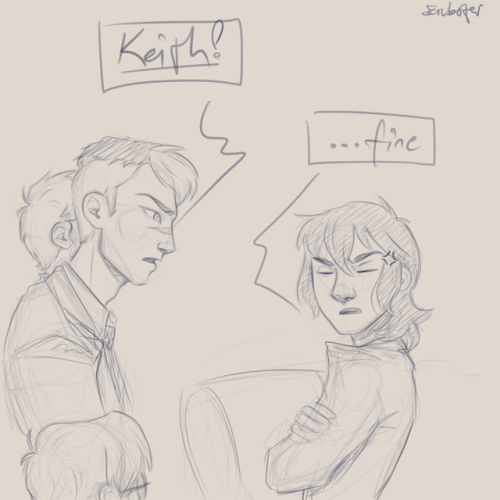 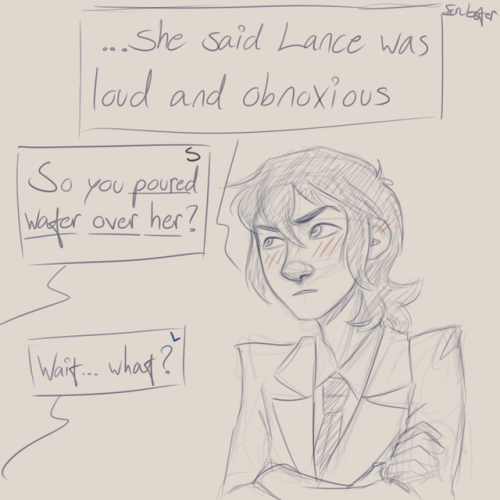 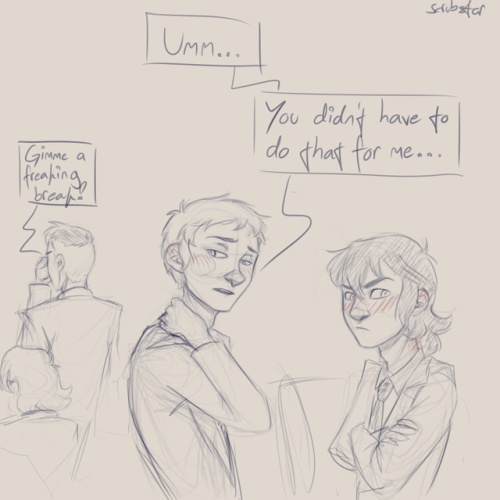 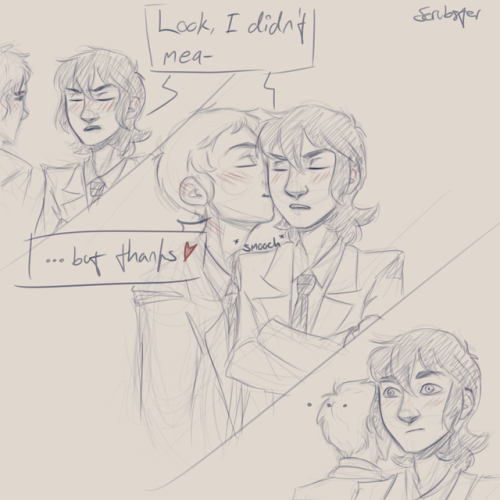 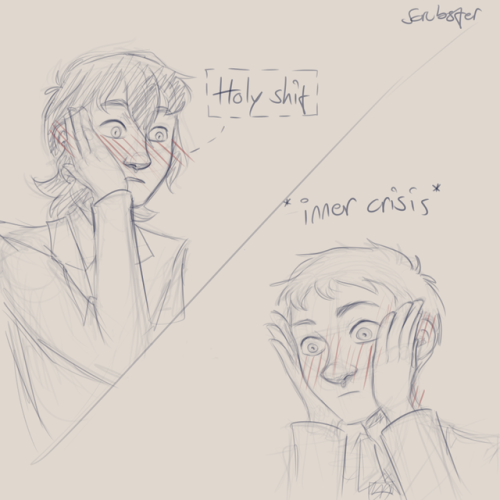 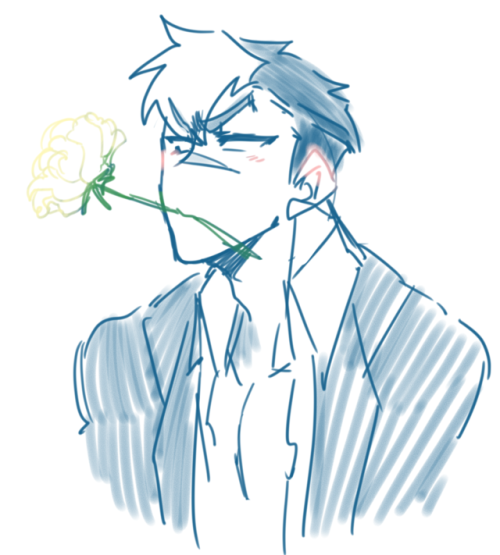 which do you choose? 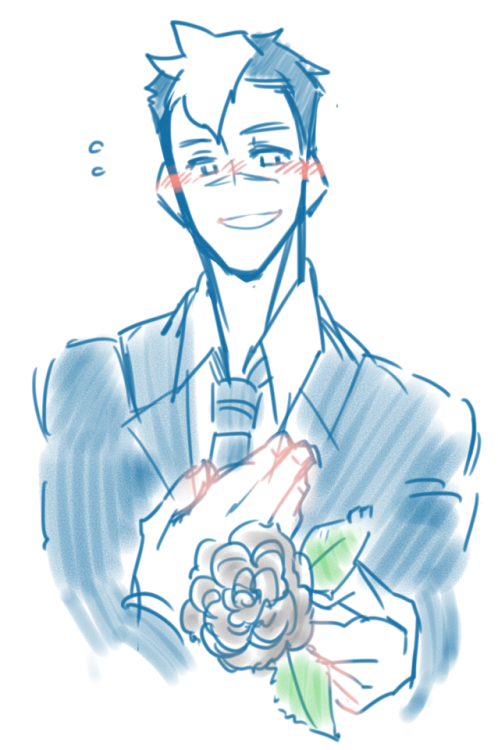 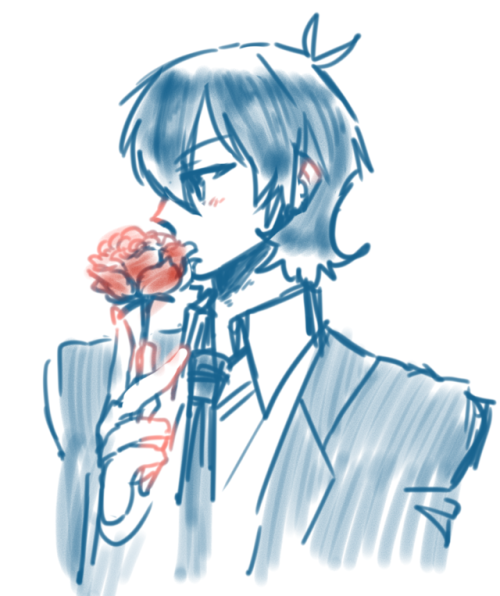 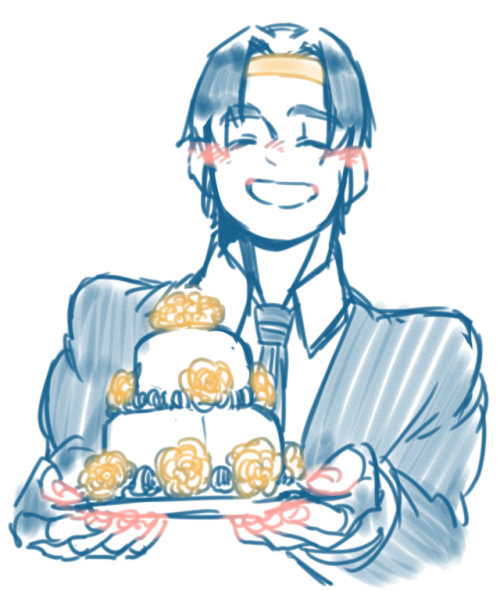 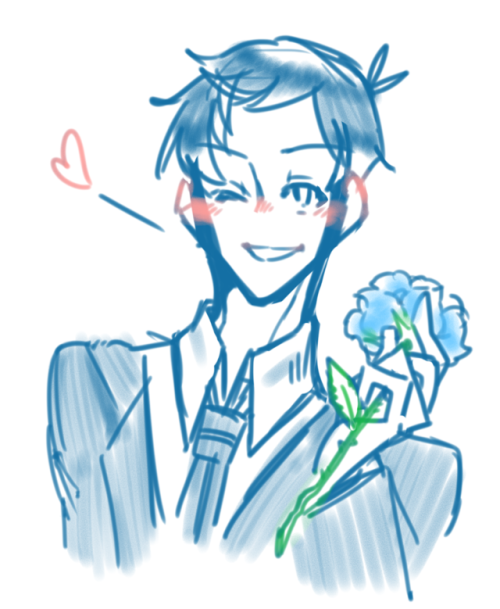 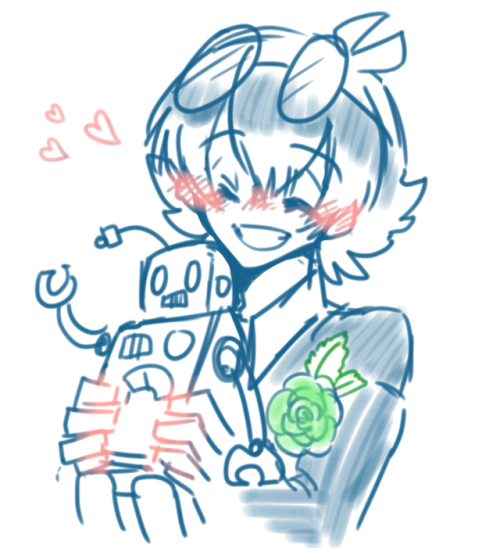 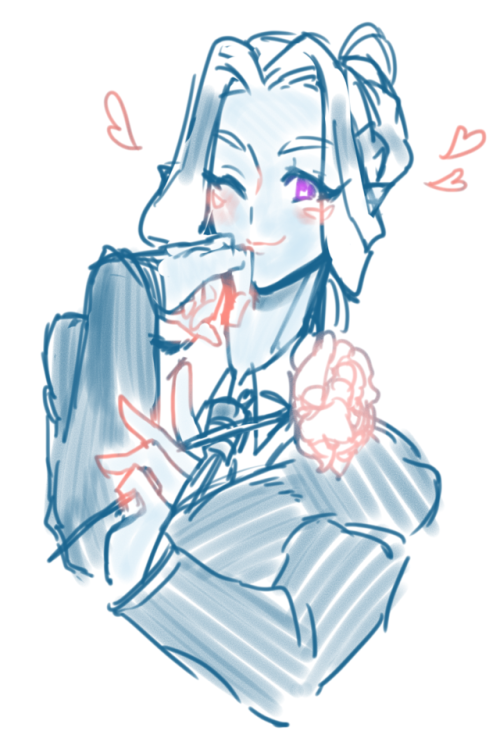 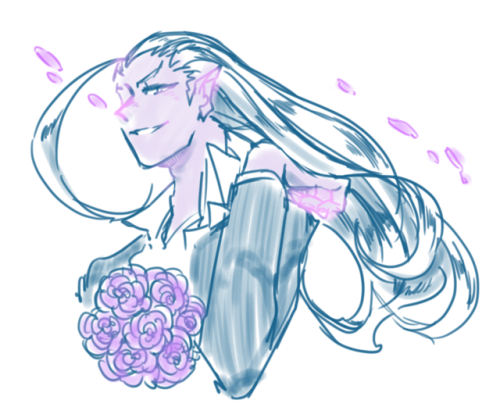 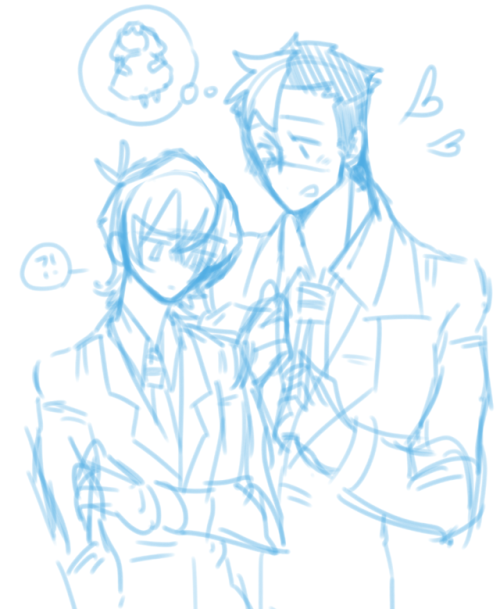 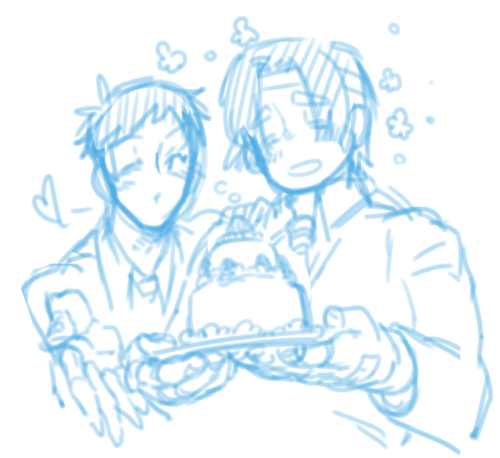 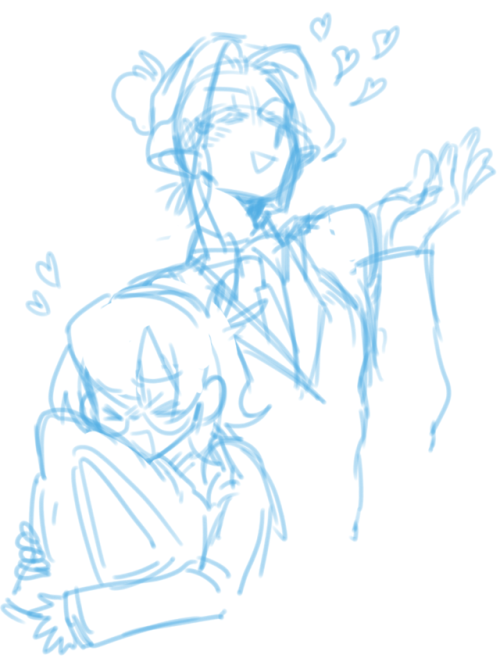 somebody talk to me about a dumb Ouran/Archer AU

Glad you liked it! But I don’t want to even look at an Ouran uniform for a few months xD That comic took SOOOOOO long

#that comic took me around 3 weeks, #ask, #ouran au
28 notes · See All
miraculouscorazoneVideo

(Also, I have a little something special, for this one!!! :) You’ll know it when you see it)

Me and @miraculouscorazone were thinking Stephen? But really I have nothing set yet. So you guys can name other Nath as you like!

4: Attack of the Lady Manager!

…as well as claim to be Aubrey Posen’s fiancee…

The Host Club decides to help two friends, Denise and Cynthia Rose, to confront they feel for each other all while deciding to hold a dance for the school. Meanwhile, Beca tries to adjust to her new normal with the host club, learning how to dance the waltz and getting roped into whatever misadventure her new group of friends come up with.

With a kiss on the cheek for the queen of the night coming from the princely Luke on the line, not to mention the feelings of two of their friends, will Beca be able to make it through the entire evening and save a dance for Chloe?

I mean Zen is pretty Tamaki but also I want him to be Haruhi just for him to mutter ‘rich bastard’ because outta the lot of them Zen would do it. But anyways, Zen’s drive to succeed in musicals is similar to haruhi’s drive to become a lawyer. Also narcissitic baby zen would not be swayed by the hosts just as haruhi is immune lol. Also Haruhi is the Natural type. Zen, i realise, has really natural convos with the MC in pretty much all routes. He dives straight past polite acquaintances stage into super friendly stage with MC which is pretty natural of him lmao.

Jumin as Tamaki because the dynamic between Zen and Jumin is pretty similar (if extreme) to Tamaki and Haruhi’s one clings the other pushes. Jumin’s overture of goodwill are always shot down by Zen lmao. Also, Jumin is surprisingly shameless? He really just doesnt care. Tamaki’s antics can seem pretty stupid but he’s a real caring person, Jumin may seem like an ass but he does cares in his own way, or at least tries to help. also jumin would even charm like tamaki just to get more customers (business charm jumin lol) even tho that’s pretty kyouya of him

707 as kyouya because his blackmail/potential blackmail skills are 10000% kyouya, guardian of info and the RFA just as kyouya guards the host club. Kyouya is pretty teasing actually and 707 just dials that up to a 1000. their emotional reticence is pretty similar tbh

im torn about jaehee and yoosung. Jaehee is actually haruhi in personality in terms of only sane man role. Pre-good end jaehee is very haruhi, esp pre-skiing trip (the on where she had some epiphany?) haruhi. However, i think Jaehee would make a decent kaoru in terms of Kaoru (alone) maturity and sensitivity. Post-good end Jaehee is more suitable for karoru too in terms of exuberance and optimism. I guess if you want to stretch it Jaehee’s realization that (spoilers) her current job and life isnt what she wants or is good for her could parallel Kaoru’s realisation that he and hikaru’s codependence must end for development into a separate entity.

Yoosung would be hikaru i guess? In terms of maturity level emotionally wise he’s pretty hikaru. Im sorry i havent played his route so i dont really know too many nuances. Jaehee is also shown to be somewhat caring towards him which is a massively toned down version of kaoru and hikaru. Tbh Yoosung to me is more BOTH the twins. Pre-mid route yoosung is hikaru with post-mid route yoosung more like kaoru in terms of emotional capabilities i suppose

Mori and Hunny would be V and Rika respectively. Rika as Hunny because of the disparity between appearance and reality. Hunny as the cute kid type but is actually the oldest and most qualified to destroy you and Rika as [REDACTED] those who have played will know lmao so I wont spoil this

V as mori because of his insane drive to ‘protect’ rika and stuff also spoilers so. The dynamics basically feel the most apt

Oooh you missed entire AU that I came up with a few months ago.
I guess it’s more of a crossover than an AU but dANG IT I LOVE IT AND PART OF ME STILL REALLY WANTS TO WRITE IT/DRAW THINGS FOR IT.

It’s all under #Ouran AU on my blog.

Basically: Adrien is Tamaki’s cousin, and Adrien, Marinette, Alya and Nino get to go on a trip to Japan where they’re staying at the Suoh home. Adrien basically thinks that Tamaki is The Master Flirter™ and so he’s obsessed with going to the host club, and takes everyone else with him.

Shenanigans happen and it’s really great, Kyoya sees through the Chat Noir and Ladybug thing of course but says nothing about it, Tamaki ends up having a really rough incident with his grandmother and becomes akumatized becoming ‘The Lonely Prince’ pfffFFFT HAHAHAA- sorry- anyways- it’s great fun.

I do need to write it.