20.08.2018 // Searching through the British Library online catalogues for books to look at - very excited for the trip tomorrow to look at the things I’ve requested once they arrive!

For more pictures of my PhD journey, see: https://www.instagram.com/_ellenbrewster/ 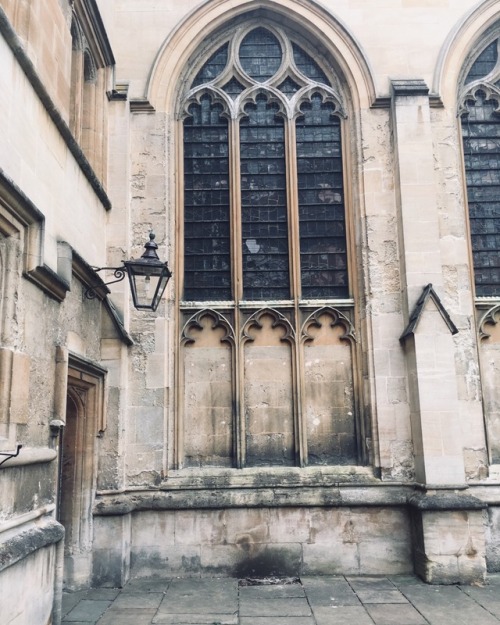 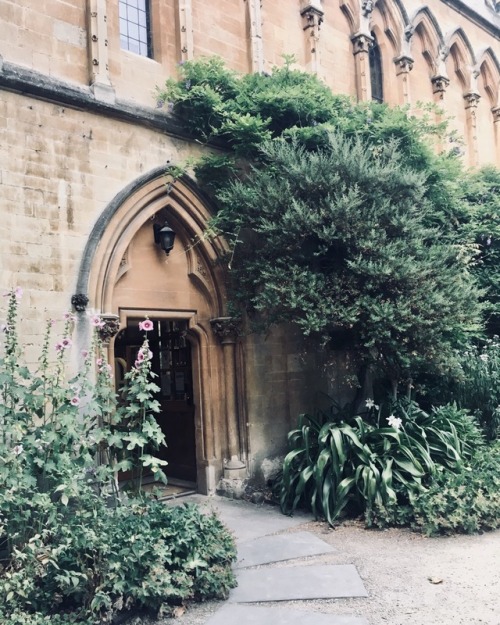 I feel just like Magdalen College’s grass - burnt out! #summer

The first day of the Public Engagement with Research Summer School was really interesting! We spend the day listening to others talk about their experiences with public engagement and their research. They were all keen to emphasise the importance of good planning, so that your research doesn’t suffer - it’s okay not to do everything! This is something I’ve had to learn the hard way over the past few weeks, where things haven’t gone to plan and I’ve had to miss loads of stuff, turn things down, and - perhaps most difficult - ask for and accept help. 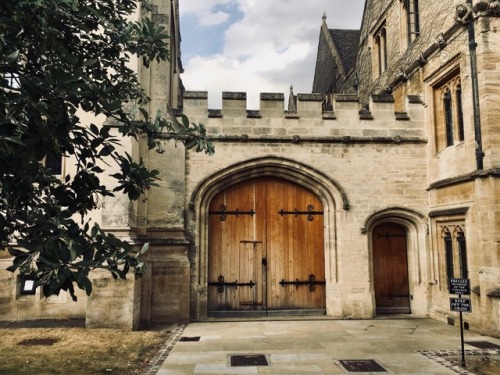 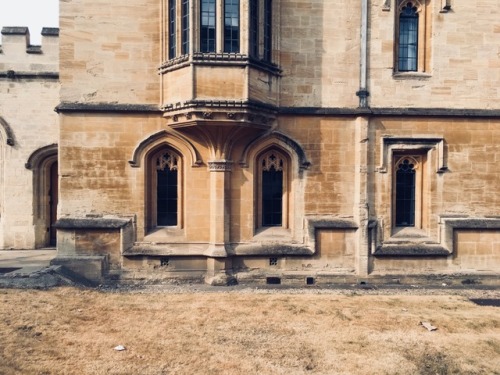 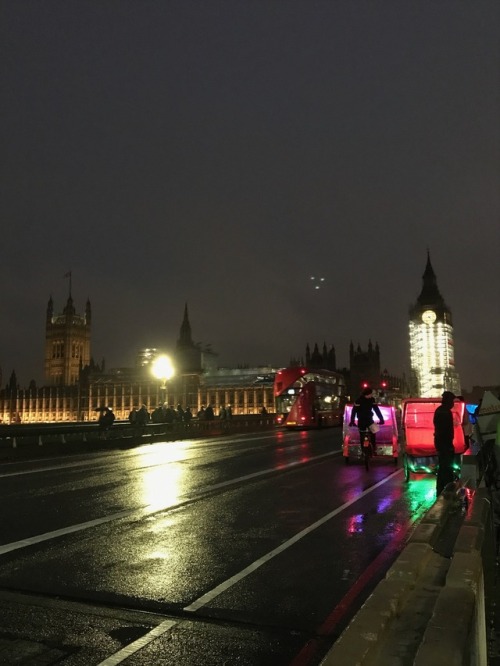 An “extraordinary” Oxford University student who stabbed her boyfriend in the leg has avoided a prison sentence.

Lavinia Woodward, 24, admitted attacking the man at her student accommodation at Christ Church College after drinking heavily.
At an earlier hearing Judge Ian Pringle QC said he believed a custodial sentence would damage her career.

On Monday she was given a 10-month jail sentence suspended for 18 months for inflicting unlawful wounding.

Oxford Crown Court heard Woodward attacked her then boyfriend, who she had met on dating app Tinder, while he was visiting her in December.

She became angry when he contacted her mother on Skype after he realised she had been drinking.

She threw a laptop at him and stabbed him in the lower leg with a breadknife, also injuring two of his fingers. Woodward then tried to stab herself with the knife before he disarmed her.
‘Relatively minor’ injuries

The court heard Woodward had become addicted to drugs while in an abusive relationship with a previous boyfriend.

The case was the subject of huge debate about inequality in the criminal justice system, prompted by the judge deferring sentencing and describing the attack as “a complete one-off”.

He had described Woodward as “an extraordinary able young lady” and said a custodial sentence would damage her hopes of becoming a surgeon.

Handing down a suspended sentence, Judge Pringle said there were “many, many mitigating factors” and the injuries inflicted were “relatively minor”.

He said she had shown a “strong and unwavering determination” to get over her class A drug and alcohol addiction.

“I find that you were genuinely remorseful following this event. whilst you are a clearly highly-intelligent individual, you had an immaturity about you which was not commensurate for someone of your age.”
Woodward faced a possible maximum sentence of three years in prison.

The Dean of Christ Church, the Very Revd Professor Martyn Percy, said Woodward had voluntarily suspended her studies.
“It is clearly a matter of regret and sadness when any young person blights a promising career by committing a crime.

“The question of her future will now be decided by the University, which has procedures in place when a student is the subject of a criminal conviction.

"The result of deliberation can be penalty of expulsion by the Student Disciplinary Panel, but the length and outcome of this confidential process… cannot be pre-judged.”

I am looking for a roommate for the upcoming academic year at the University of Oxford and, frankly, I don’t know where else I can turn. Oxford does not appear to have a vibrant student housing page or anything to help incoming students connect with each other or existing students, so I’m just going to shout into the void here.

Hi, my name is Madison. I am an incoming international student from the US enrolled in Oxford’s Women’s Studies MSt program. My chief qualities include: an intense love of Star Wars, telling lots of life stories too bizarre for most people to believe, and closet comprised primarily of the color burgundy.

If you have a property you’d like to share or want to come seek one with me, feel free to message me!

My Oxford sentinels on the walk home to college 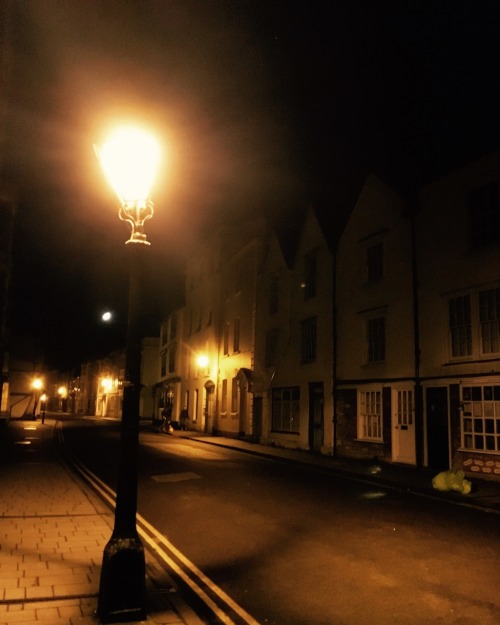 My term time board is growing 🌻 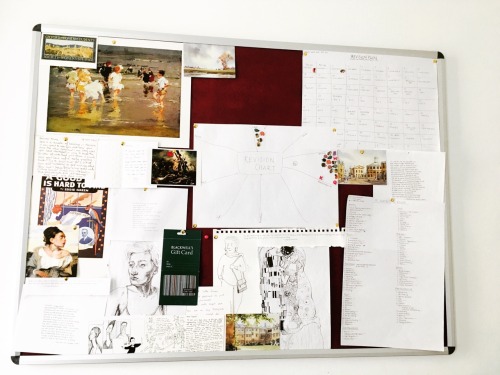 The Saïd Business School: one of the most extraordinary academic buildings in Oxford named after one of the worlds most prominent arms dealers.

☕🍪🍁 Today is my big day to catch up on medical law, research some EU law and refresh my practically zero understanding of land law. Wish me luck! 🌑 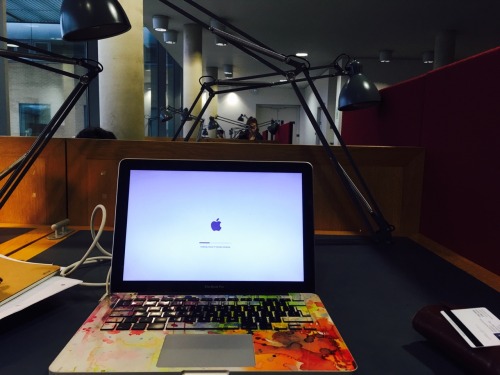 13.09.16
Who knew an Oxford law degree was going to be so much work? I have two 2500 word essays to get done before the end of September and it’s never going to happen but dammit I’ve got to try! At least I have a cute table to work at and pretty views to enjoy! ⛰☕️🏞 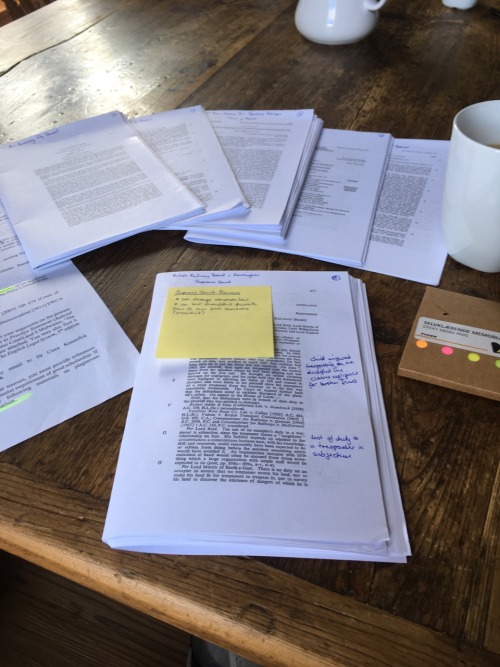 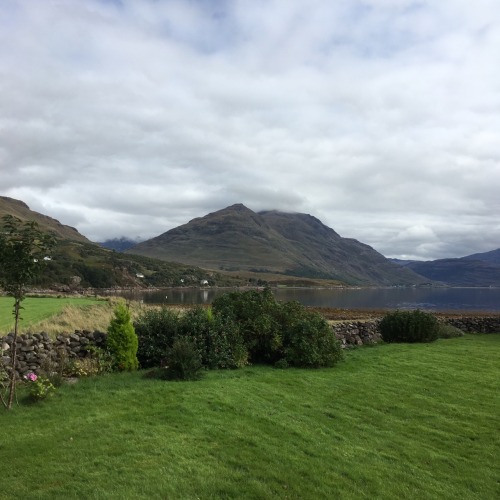 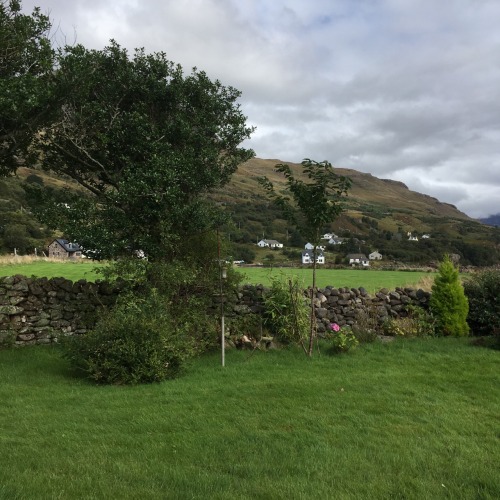 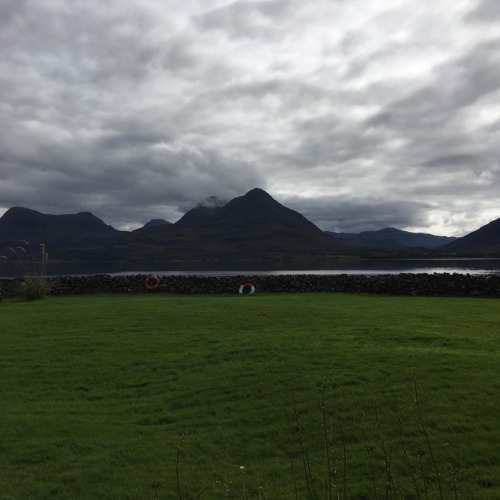 If you are not a native English speaker, chances are that you have never heard of this peculiar ceremony. If you happen to be a native speaker but still have not heard of it, it probably means you are irrevocably uneducated and should submit to a life in ignorance. Right now.

According to the renowned Oxford Dictionary, ’to matriculate’ means to ’be enrolled at a college or university.’

In reality, this means that Oxford’s small streets get flooded with thousands of new students dressed in white and black once a year, because naturally, enrolling at university just cannot be done without an old ceremony in strange attires. Everyone will need to acquire a sub-fusc (read: black academic dress that is probably made in China) and no, this is not done in Diagon Ally. This academic dress is in fact so important that you will not be allowed to matriculate if you are not wearing it properly.

In other words, 90% of all students will end up spending hours on google to get it right, to later pretend that they knew it all along.

So let’s just assume you got it right, and you have managed to look like a special little snowflake amongst thousands of other snowflakes: what’s next? In fact, what is the deal?

It all starts at your college, where you and the rest of the penguins are welcomed before you embark on an exodus to the Sheldonian Theatre. There, you will observe ancient rituals and listen to a speech in Latin – the lingua franca of Europe. If you made it this far you have successfully gone through the process of being matriculated. (It is also customary to get smashed at a local pub in celebration of your pompous entry to the University.)

Naturally, you will enjoy the attention of gaping tourists and generally non-penguinified people. Your academic dress sets you apart as someone on the other side of the castle wall. You’re the exciting insider.

As many other things, this ancient ceremony is made to instill a sense of superiority in you. Understand this: you are special.