Tea’s a good choice too. Power is still out in 90% of my apartment, so it’s still cold in here, but at least I can make tea lol

I love that the FNDM is adopting Ozymandias as the name of the KOV, and I will be disappointed if it turns out not to be his actual name

Its funny how people act like Oscar is an orphan with them making Ren and Nora or Oz be like the parent(s) he never had. I know it’s all in good fun but it feels like people do seem to forget that he already have a parental figure in the form of his aunt whom from what very little we’ve seen (or rather heard from her) seems to be a loving family member whom Oscar most likely got his sass from. Not to say Oscar can’t have more then one parental figure, I’m just sad there isn’t much fanart depicting what everyone think Oscar aunt looks like and diving into what their relationship is like since she seems to be Oscar only family member and he no doubt misses her.

A couple of lesbians and their menagerie of pets. 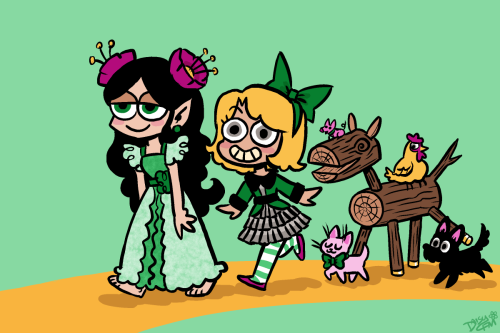 Cinder: We do! You have your background story animated!I want mine!

Hazel: Dont you already have a episode about you? It is my turn!

Salem( Turning to Oscar): This is your doing isnt it?

Salem: Gods, give me Patience.

Oscar: You did betrayed them right?

Salem: I will torture you!

Oscar: It didnot worked well, did it?

Salem: I need to take a rest or my brain will be fried. 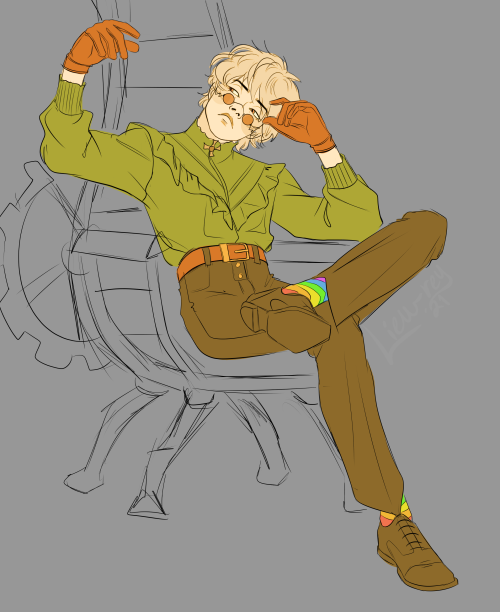 came up with this au a very long time ago, but never drew anything for it 👻 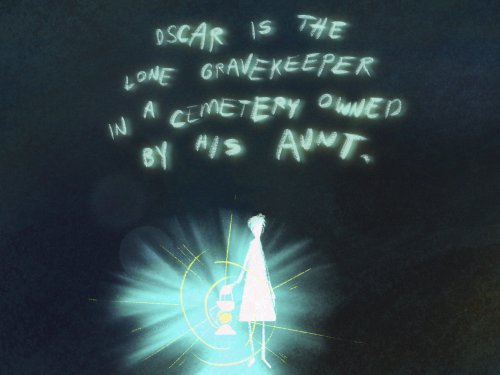 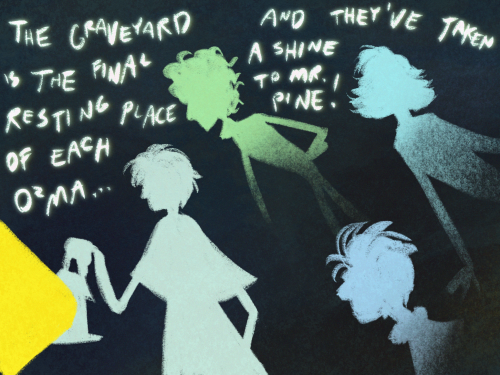 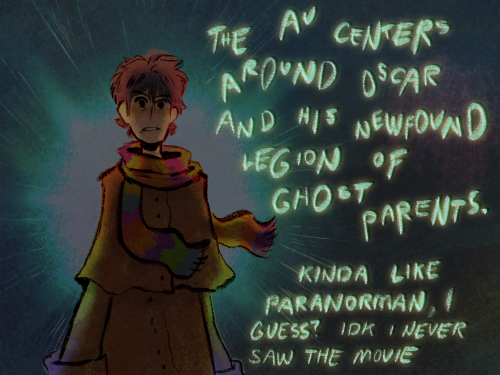 Catra: I’ve been fighting my girlfriend for like a whole week

Another reason why I couldn’t be an Ozma is that I’m way too salty,

if someone implied I wasn’t actually a person and then shoved me into a wall I would bring it up at every opportunity, milking the absoloute hell out of it for as long as I could:

“can you pass me that book please”

“can’t you just get it yourself”

“am I really ‘myself’ though, or am I just using this body-”

“how are we going to take irowood down”

“you could shove him against a wall”

“or maybe give him an existential crisis, that was effective last time”

Im not to proud of this one. I made one draft and then forgot about it but essentially i built a whole Pantheon where i tried to make every character a different god.

Here’s the only stories i have and underneath i’ll put who is god of what.

Creation Myth: same as show with Brothers, when they left they made some human’s deities to rule instead (Ozma and Salem), all gods were once human (EXCEPT children) granted godhood by either Oz or Salem

Ozma & Salem: After he died Salem went to the First Gods (the Brothers) to revive him, that whole dispute brought the gods’ attention to all of humanity and they decided they didn’t want to deal with it so they made both Salem and Ozma immortal and told them it was their problem now. Immortality changed Salem and Ozma was forced to banish her by the other gods. Ozma’s body was destroyed in the original dispute and now when he wishes to walk among the humans he has to take a host, and is typically referred to as the last host’s name until he has another host that gets famous because of being a host to the god Ozma. Ozma is unable to purposely choose his host, contrary to humans knowledge.

Ozcarnations: Ozma’s original human body died he so he cannot walk in it, therefore needing a host. Oz walks among humans in order to remind himself of why/what he rules over after immortality changed the Salem he knew. Humans do not know he does NOT pick his host. He is stuck with his host until they die and his host merges into him upon their death

Maidens: same as show but instead of old wizard it was the god Oz

Ruby – goddess of sunsets, duty, responsibility, adventure/travelers. She is a child of moon and sun gods
Weiss – goddess of talent, music, kindness, inner strength
Blake – goddess of justice, equality, shadows. A protector of women and runaways,
Yang – goddess of the sunrise, commitment, protection, familial love, grudges. She is a child of sky and sun gods
Jaune – god of healing, recovery, energy,
Nora – goddess of unconditional love, thunderstorms/lightning, warriors,
Pyrrha – goddess of war/victory, honor, warriors, competition. She now guides souls of the fallen to the underworld
Ren – ?????
Ozpin – head god, god of illusions, dust, order, good intentions,
Salem – head goddess; goddess of the underworld/dead, evil, darkness, magic. She is the mother of monsters, fell out of favor with the gods and now plans her revenge, souls of the damned are basically Valhalla, hates humanity
Cinder – goddess of wildfires/natural disasters, revenge, volcanoes. Human turned god by Salem
Mercury – ???? Young god, turned himself immortal (mistake?), works for Salem as a messenger/eyes
Emerald – goddess of deception and wealth. Young god, made the mistake of tricking Cinder and now works for Salem (time sentence)
Watts – god of intelligence/wisdom, crafting,
Tyrian – god of poison, murders, assassinations. Brings souls of criminals to fill Salem’s underworld army, known to be crazy and unnerving,
Summer – goddess of the moon, destiny, travel(ers). Job is Ozpin’s warrior, felled by Salem (why the moon is shattered), creator of the Silver Eyed Warriors
Taiyang – god of the sun, fire, light, routine. Drives sun over world, reports anything suspicious to Ozpin
Raven – goddess of clarity, truth/honesty, power, fear, east winds, hurricanes. She is a sky god, twin god, worked for Ozpin before seeing through his illusions (giving her the clarity and truth) and becoming a independent entity who spend much of her time in hiding
Qrow – god of misfortune, secrets, loyalty, skill, second chances, west winds. He is a sky god, twin god, Ozpin’s messenger/eyes, kinda treated like Hades (death vs misfortune)

So real quick. Rewatched the lost fable. And totally noticed. That when the gods leave. The god of light turns to dust and the god of darkness breaks the moon.

Almost like the god of light never really left.

Which would explain the fables about the faunus. He created them. It would also help with fact that there seemed to be a big time gap between Ozma returning and humanity dying off. I mean he returns to full civilization. When men rose from “dust” like how long was that?

He left the world “godless” or did he.

its almost 6am y’all know what that means! more Cloqwork aus! this time its Royal flavored ;3c

- Ozpin is the prince of Vale, with Ozma as his father acting as king, and Oscar acting as his lil brother. (the babiest prince)

- Qrow is part of the Branwen Tribe still, a thief boy through and through.

- To ascend to the throne, Ozpin is expected to have a partner. Salem, a princess of a neighboring kingdom, was originally set to be his bride but after an accident that caused Ozpin’s leg to become lame, he isolated himself for months on end, even years. No one saw the prince before, but after that, he became merely a whisper to many.

- fortunately! He’s not dead! To prove this, King Ozma holds a royal ball, where any and all are allowed to attend, to hopefully find the prince a bride to marry and eventually ascend to the throne.

- Qrow’s objective the moment he hears about this? Swoon the prince, get in nice and close, then let his tribe know when it’s time to strike to steal all sorts of valuables right from under his pompous nose.

- Ozpin, on the other hand, is not happy about having to attend this event. His leg aches even after all the work he’s done to keep it more mobile, he doesn’t wish to talk to these upper clsss nobles who do try and approach him, he’s sick of the curious stares and whispers from those who don’t, and he’s just exhausted already. He heads outside for some air.

- Then he crosses paths with our main man, Qrow, who offers the prince a polite bow and a kiss on the back of his hand after a brief introduction. Ozpin is immediately flustered by the act. No one has done that all night. It’s…flattering.

- The tribe went all out to make sure Qrow looked the part of “a prince from a far off kingdom, a tad north of Vacuo”. Even his cape was repaired enough for it to look regal.

- Ozpin and Qrow spent the rest of the night conversing together, back and forth, and it was pleasant. Ozpin was happy to have found someone who seemed genuinely interested in him as a person and not this mysterious prince once locked away in a tower. Qrow is surprised to find the prince is actually…quite the kind, gentle soul. Nothing like the pompous snob he expected him to be.

- Together, they both made the night worth remembering, and Qrow promises to return if the prince would let him. Ozpin says he’d love if he did, and the night ends with another kiss to the hand and farewells, with Ozpin watching Qrow leave into the night with an expression he hasn’t worn in a very long time etched across his face. A smile.

- Qrow, meanwhile, is trying to tell his sister about the valuables he found but all he can think back to was hearing Ozpin’s laugh and seeing his golden eyes sparkle and watching him thumb at his cane when he gets flustered. 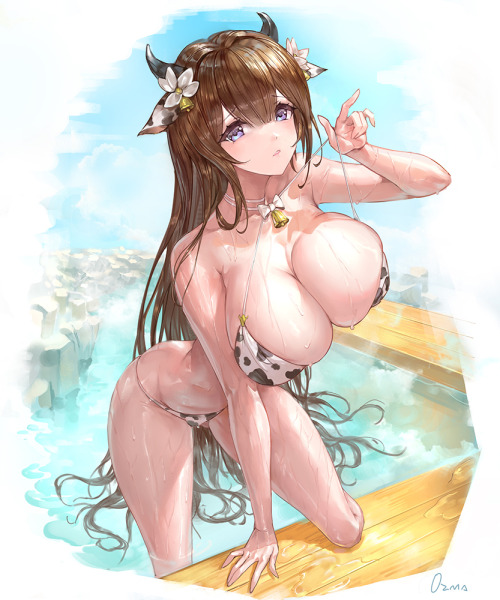 This ask has been sitting in my inbox for over a year but I’ve been working on this fic since October!!! I wasn’t sure how to approach this story at first, and in the end I strayed from some of what you requested, but I hope you enjoy it nonetheless! It’s too long to post even under a read-more link, so I’ve attached the AO3 link here!

“Now, onto the more pressing question. Why did I select all of you? Some of you may have met with one of my professors, others with me personally. I can only tell you this now- I have seen potential in you that I have not seen in others, and should you complete your time at this school successfully, I will have a great mission for you in the future.”

He paused and looked around the room. Oscar must have been imagining things, because he thought he felt the gaze linger on him for an extra second longer than the rest of the students.