this morning my mom and I briefly talked about pride and prejudice and just as I was getting up from the table she said “I think what this story tells us is that actual love can only exist between equals” and I have been thinking about it for hours.

Plageriged from this fic on AO3,

Writer complained to Amazon about the fact that it’s a plagiarism of her fic and left a one star review stating it was stolen. Amazon deleted her review for being too critical and didn’t mention the plagiarism.

Other readers said they have left reviews stating it was a plagiarised fic, but none are showing up.

The Haunting of Netherfield - rampantwolfhound - Pride and Prejudice - Jane Austen [Archive of Our Own]
An Archive of Our Own, a project of the Organization for Transformative Works
archiveofourown.org
#plagiarism#AO3#P&P#pride and prejudice#fanfiction
0 notes
pemberlaey
Answer

Slightly longer answer: Bridgerton is basically Pride and Prejudice’s chaotic, sluttier cousin. But that was a compliment, not a criticism. It’s addicting, everyone is hot, the budget was insane so it looks beautiful and, at the end of the day, who doesn’t want to watch an enemies to lovers, fake dating love story set in Regency England??

(Also, I love that you called me a ✨literary professional✨ , I’m honored that you think of me this way. And while you’re still here I’m dying to know what opinion of mine you disagreed with. It’s not for a petty reason I’m just a nosy person)

#seriously tho I wanna hear about our difference of opinions I’m so curious#and lmk if you like the show! I have to say it slaps I have no regrets about binging it in 2 days#answers#bridgerton#p&p
16 notes
beautyofthend
Photo

“I took it very seriously. Lots of early nights to learn my lines. But Mum would be up, laughing in the Jacuzzi with Colin Firth at 2am, which sums her up: she’s the life and soul of the party.” - Emilia Fox on her mother, Joanna David, about Pride and Prejudice (x)

dni unless you have a thorough knowledge of music, singing, drawing, dancing, all the modern languages, all while possessing a certain something in your air and manner of walking, the tone of your voice, your address and expressions-

Ugh just read the rudest comment by another reader on a fic. And it was because the male character (Mr Darcy) wasn’t getting wobbified.

If you don’t like a fic, move on. It’s so rude to expect writers to cater to your view on the characters or the way their story should go.

i could write a whole essay on that movie and that scene and it would not be enough to explain how it makes me feel like how could i make a post about hands touching and not include it right?

Everyone should listen to this musical. It’s just stunning and deserves so much love.

Me: *wants to be witty in passing conversations*

yeah they couldnt really do anything for a lot of reasons. jon at church would be most likely to do something for them (and all of the bible study kids).

Decided on pale and delicate for this one. Thanks to those who weighed in! 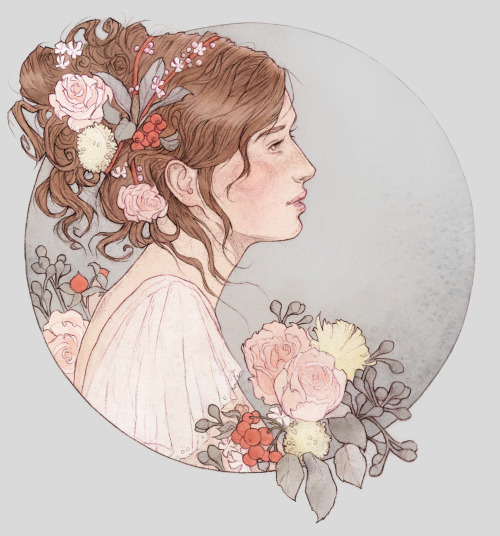 Lizzie: And here’s a song dedicated to Mr. Collins!

Mrs. Bennet did not try to push Darcy - the biggest financial catch anyone in Longbourn had probably ever met - on her daughters. He snubbed Lizzy and that was it. He might have all the money in the world, but he was NOT good enough for her daughter.

Why, then, did she push Elizabeth to marry Mr. Collins? What’s the difference?

I think it’s because, in her own way, she does want a different sort of life for her daughters. Marrying a man you don’t always like or understand? That’s one thing. It’s a part of her own marriage she can deal with. But the way Mr. Bennet constantly belittles his wife and the way he’s raised Lizzy, at least, to disrespect her? I think that does hurt Mrs. Bennet, for all she plays it off. I think that’s the thing she wants to protect her daughters from. Marrying a man who didn’t give enough thought to your reputation? There are worse things. Marrying a man who is a bit boring and pompous? You’ll live. But marrying a man who publicly belittles you? Mrs. Bennet is not having that for her daughters. I think it’s pretty telling that the one man she wanted nothing to do with, despite him seeming like the perfect matrimonial target in every other way, was the only man who treated her daughter essentially the same way her husband treats her.

#p&p#pride & prejudice#this is a Mrs Bennet apologist post#lit crit
1 notes
lingthusiasm
Quote
<div> —  <p>Excerpt from Episode 44 of <a href="https://href.li/?http://www.lingthusiasm.com">Lingthusiasm</a>: Schwa, the most versatile English vowel</p><p><a href="https://t.umblr.com/redirect?z=https%3A%2F%2Fsoundcloud.com%2Flingthusiasm%2F44-schwa-the-most-versatile-english-vowel&t=NTRjNTQ2OTk0MTBiMTIxMmQzNWY2NjUyMzMwNzI4YzhhMzE1ODJmYSxwcU94WEVJeQ%3D%3D&b=t%3AbhIwa2WMS7EDYqOs13rTSg&p=https%3A%2F%2Flingthusiasm.com%2Fpost%2F642549866378280960%2Fgretchen-there-was-a-special-reason-why-it-was&m=0&ts=1614298467">Listen to the episode</a>, <a href="https://href.li/?https://lingthusiasm.com/post/619476921664831488/transcript-episode-44-schwa-the-most-versatile">read the full transcript</a>, or <a href="https://href.li/?https://lingthusiasm.com/post/618776884082360320/lingthusiasm-episode-44-schwa-the-most-versatile">check out more links about phonetics, phonology, and the history of linguistics</a> </p> </div><span><p>Gretchen: There was a special reason why it was schwa that was so easily lost at the end of all of these words like “fine” and “home” and “hide.” That’s because schwa is what’s known as a “reduced vowel.” It’s physically produced for a shorter amount of time than a full vowel like /ɑɪ/ or /i/ or even /ɪ/.</p><p>Lauren: It’s what allows us to just sneak it in really quickly in syllables that we’re not really focusing on.</p><p>Gretchen: If we produce some syllables faster or quieter than other ones, those faster or quieter symbols tend to also have schwas.</p><p>Lauren: This is why schwa crops up in all of these words regardless of what vowel they’re spelt with. I’m pretty sure Lauren who really struggled to spell words because she couldn’t distinguish the vowel because it was being pronounced with schwa when she was learning to spell would’ve said, “Why don’t we just spell all the words with schwa and be done with it?” That wouldn’t be the most practical solution.</p></span>
#linguistics#language#lingthusiasm#podcast#quotes#episode 44#schwa#IPA#International Phonetic Alphabet#phonetics#phonology#pride and prejudice#jane austen#darcy#p&p
55 notes