Oil painting… By me, of course.

The thing I was looking at…

And lastly, why I can never be a painter ever in my life.

I am a disaster in human skin. All of my paintbrushes are caked close. I’ll stick to digital art. 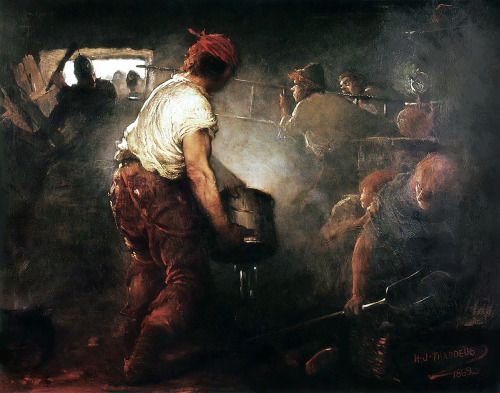 #Henry Jones Thaddeus, #paintings, #Irish history, #19th century, #art, #Irish, #Victorian, #Irish art, #Irish Land Wars, #hoo boy I could only find crummy photos of this painting online so I tried to fix it up as best I could, #hopefully the result looks... decent., #Still not happy with it 100%. The glare in the upper right corner was SO hard to get rid of., #I saw someone online analysing this painting and they said that the guy in the foreground was putting out a fire, #Like... you do realize that tossing boiling water at landlords/police was a somewhat common tatic right??, #from what I've learnt of the land wars so far?
2 notes · See All
yakupayd1nText 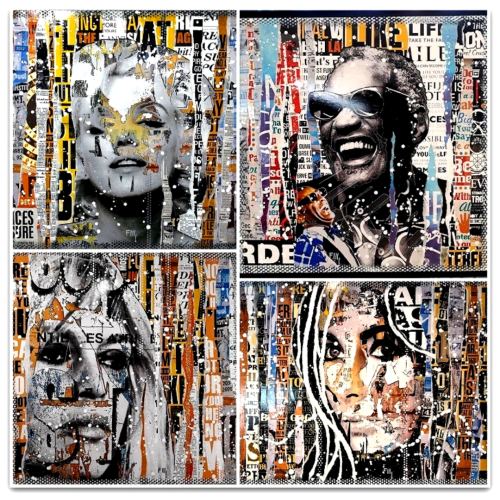 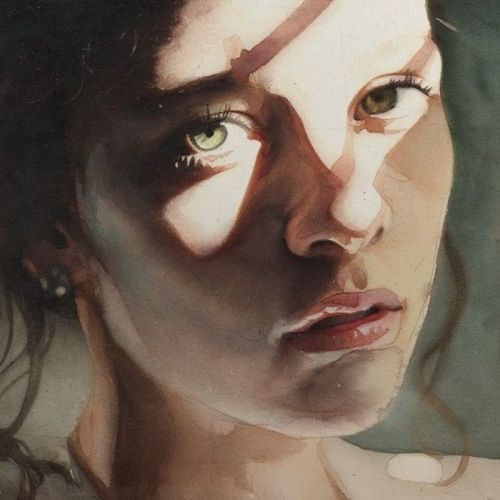 ‘Girl with Roses’ by François Boucher 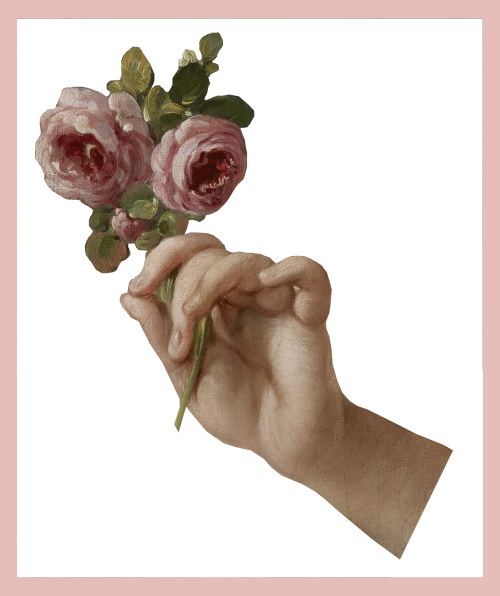 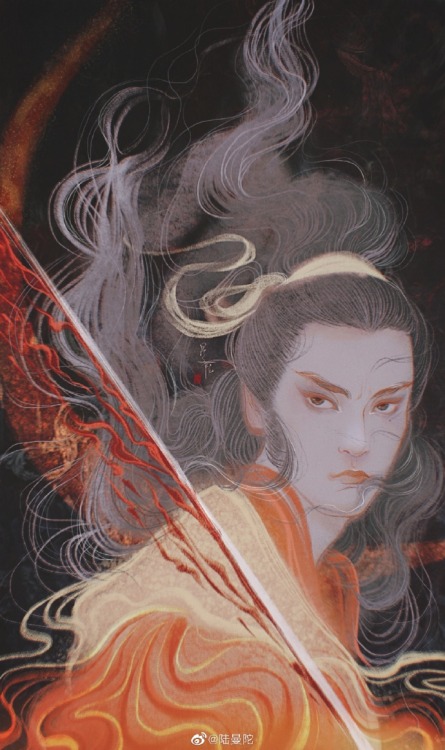 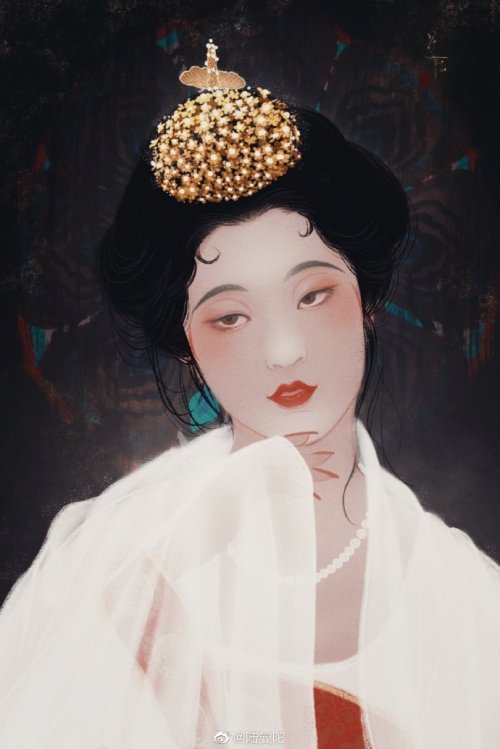 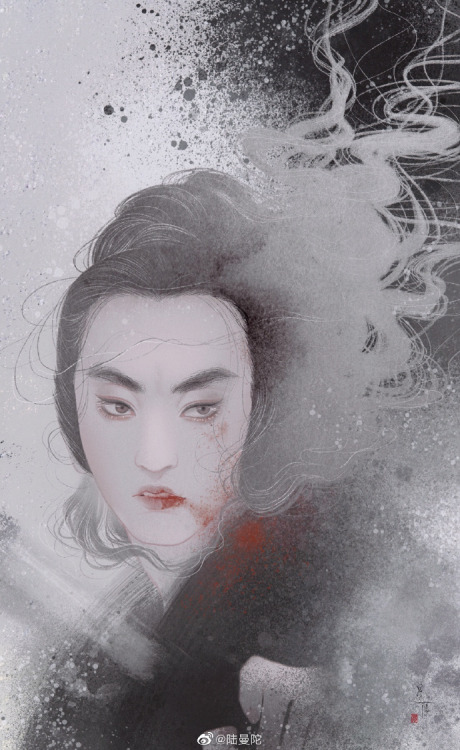 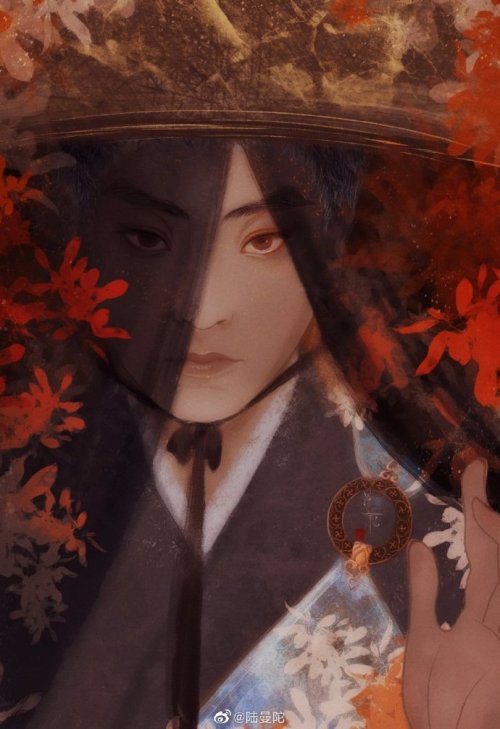 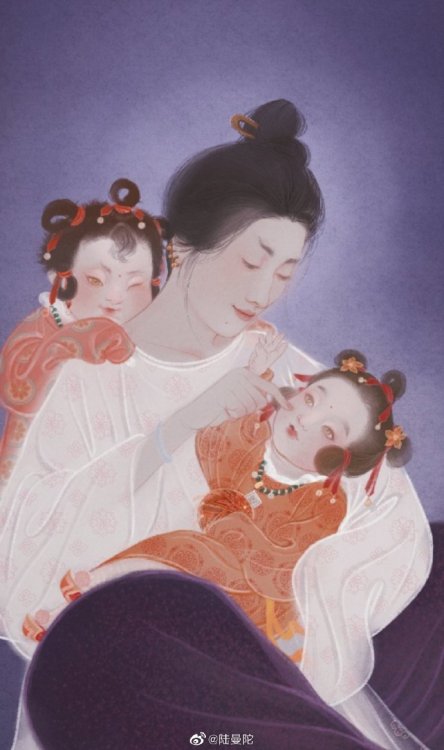 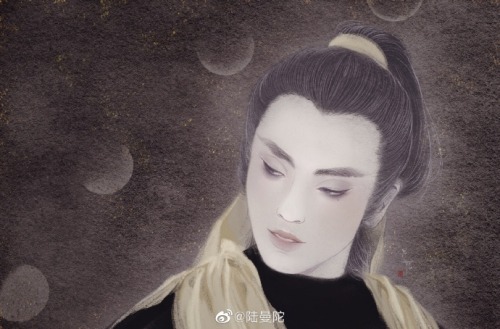 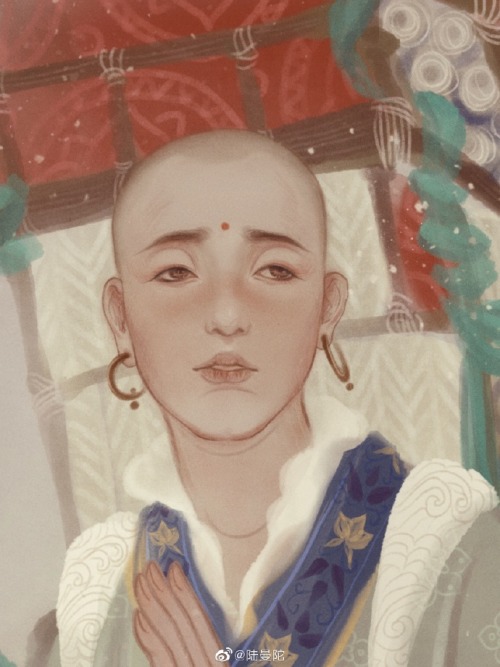 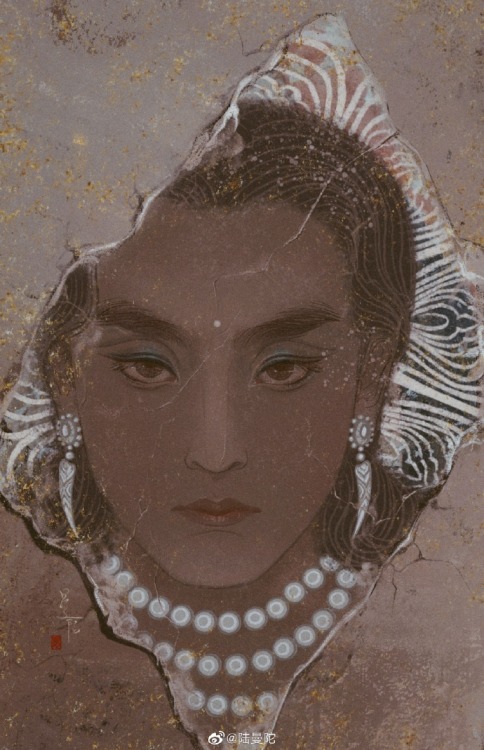 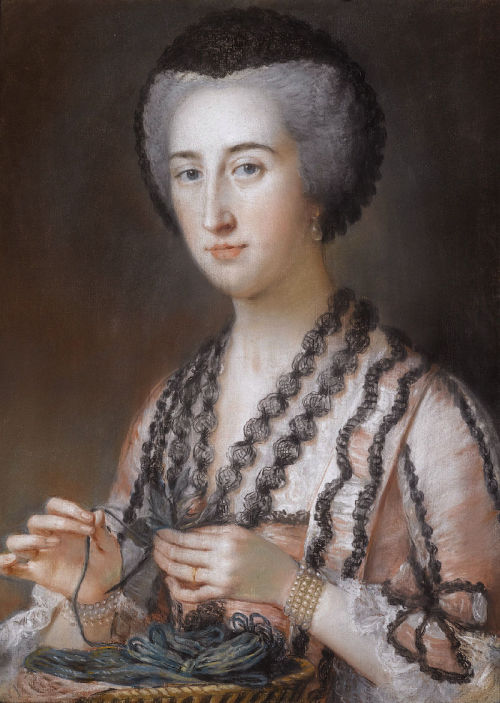 Elizabeth Brudenell, Countess of Cardigan (January 1689 – December 1745), formerly Lady Elizabeth Bruce, was an English noblewoman and a petitioner for the foundation of the Foundling Hospital in London. Her husband was George Brudenell, 3rd Earl of Cardigan, and she was the mother of the 4th Earl, who later became 1st Duke of Montagu. 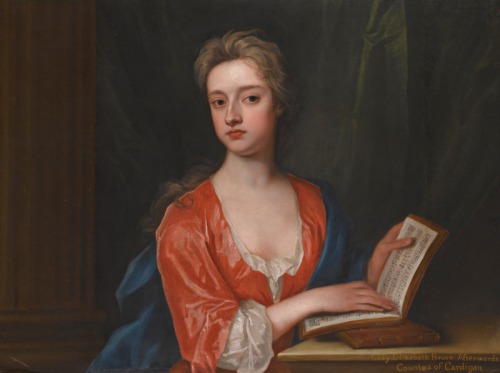 Born into the British royal family, she was titled Princess Marie of Edinburgh at birth. Her parents were Prince Alfred, Duke of Edinburgh (later Duke of Saxe-Coburg and Gotha) and Grand Duchess Maria Alexandrovna of Russia. Marie’s early years were spent in Kent, Malta and Coburg. After refusing a proposal from her cousin, the future King George V, she was chosen as the future wife of Crown Prince Ferdinand of Romania, the heir apparent of King Carol I, in 1892. Marie was Crown Princess between 1893 and 1914, and became immediately popular with the Romanian people. 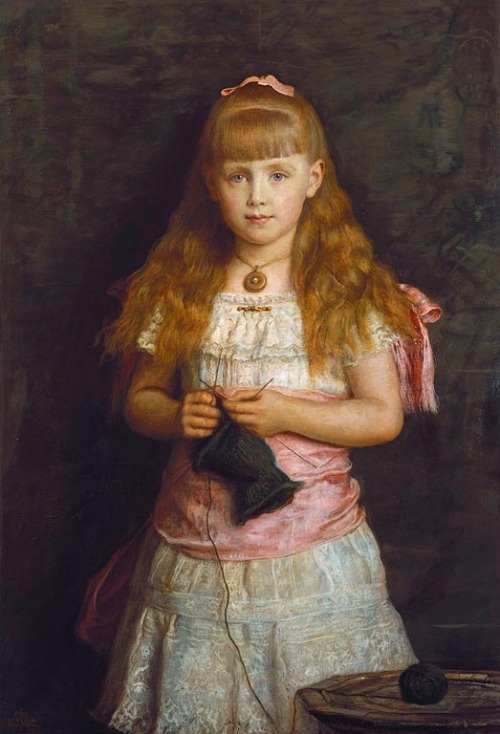 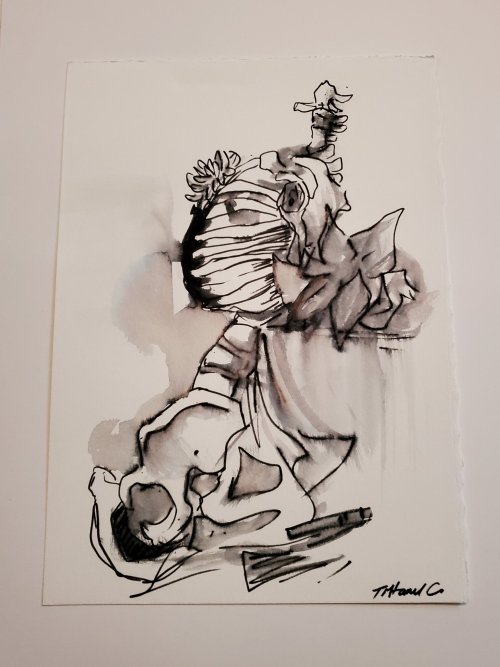 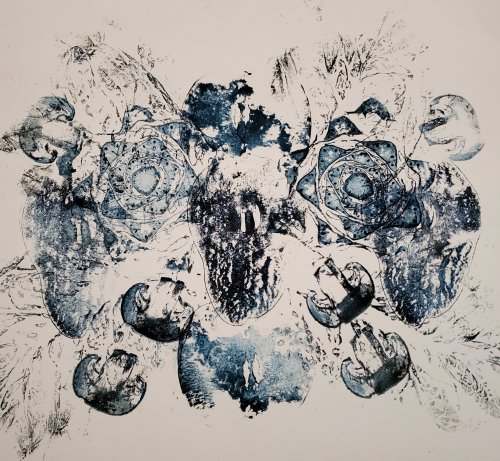 I procrastinated and painted an ominous tribute to the cryptid of my homelands. I’m probably gonna repaint his little legs but so far I’m in love with how bold it turned out.

SKULLS + FLOWERS! It’s a classic combo & I have a lot of fun doing these watercolor paintings. Originals available now! 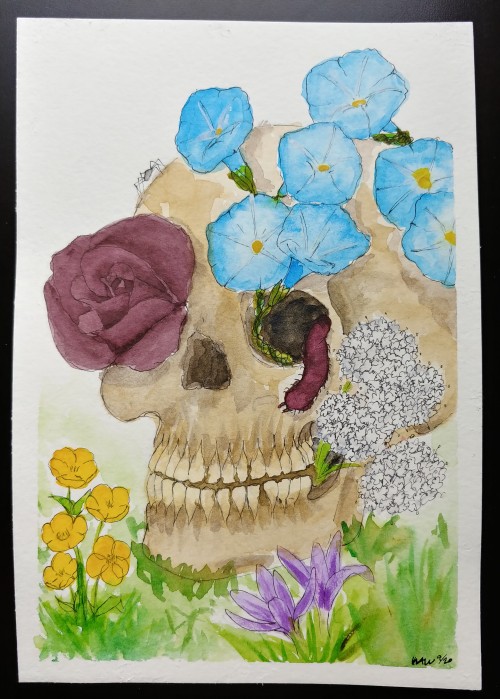 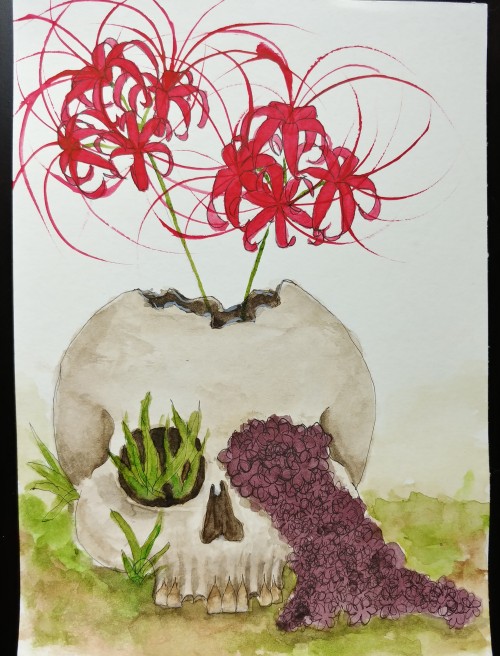 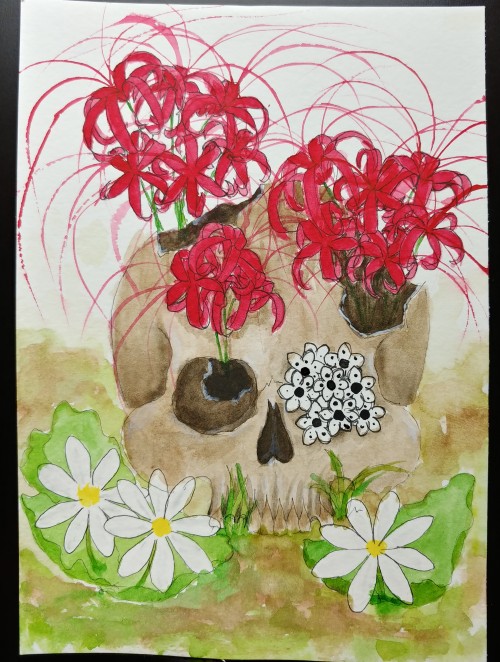 An ash tray, ‘this is what a fish does’, and some jade vines. I don’t really have any explanations beyond that. 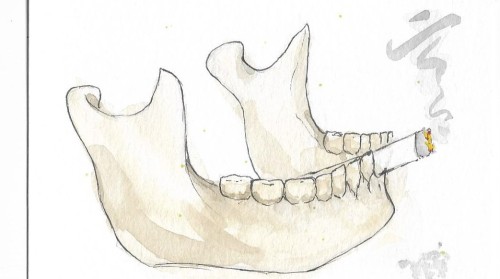 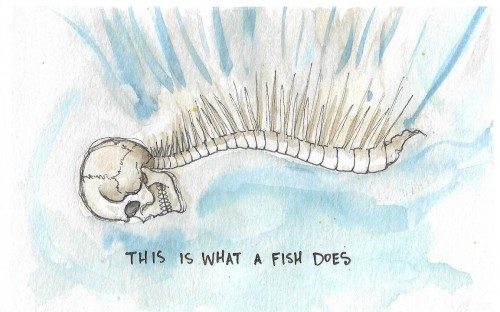 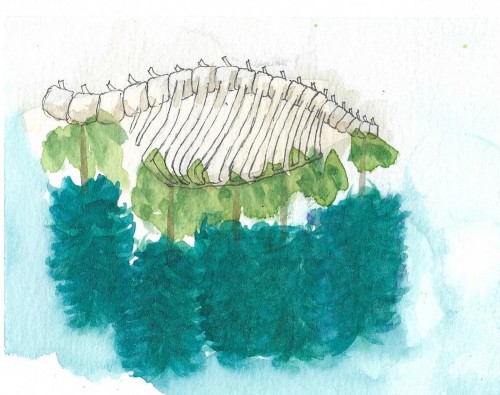 watercolor roses I’ve been working on! 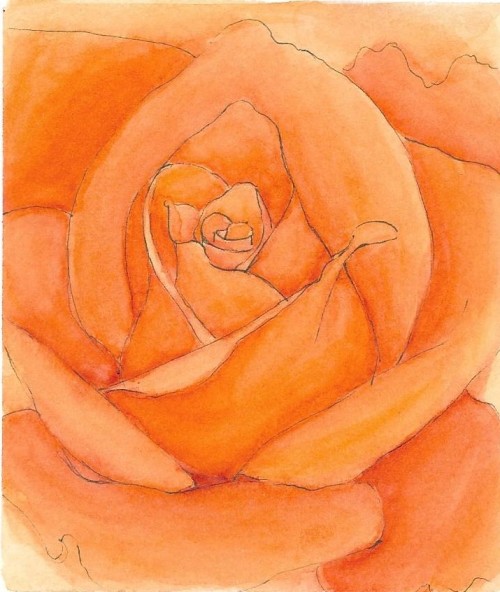 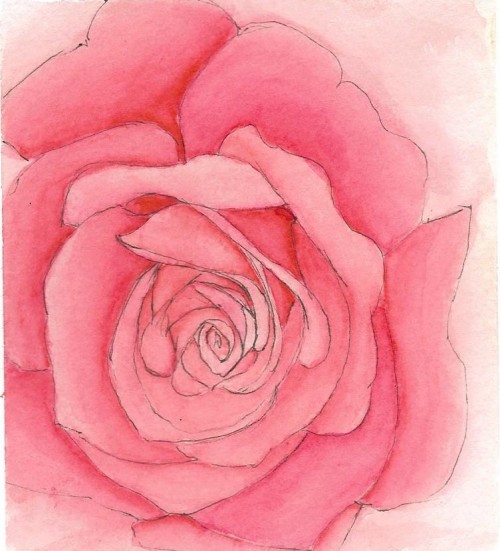 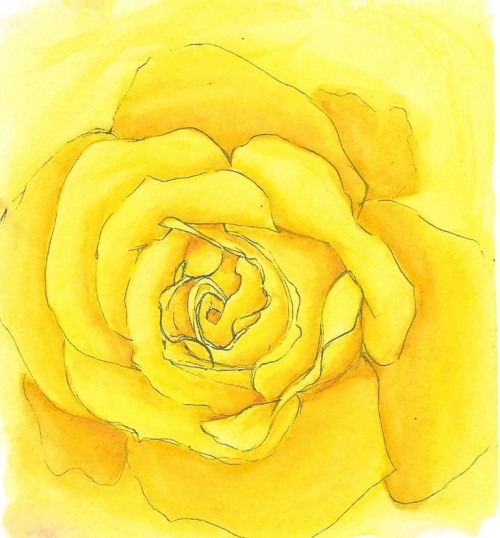 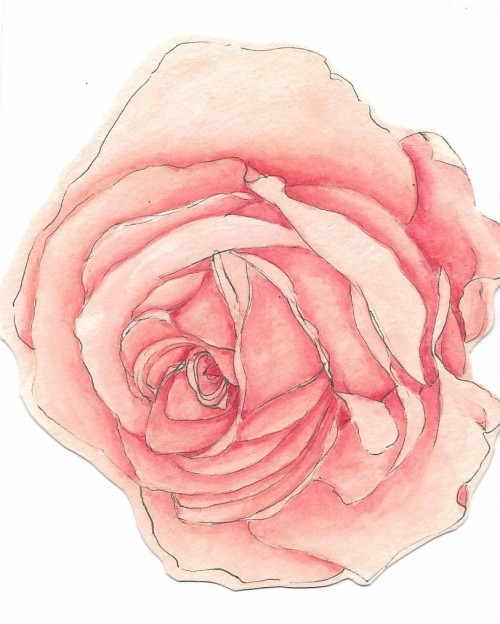