With a single match from a possibly nefarious source, the Centralia hellfire began beneath. The mining caves that once provided the townsfolk with opportunity and prosperity, by a twist of fate, were replaced with a cataclysm that would ultimately purge the land of life. The flames engulfed below, gases emerged above, and the people fled as hell encroached upon the once mundane municipality.

Repeatedly, the local fire department attempted to cease the spread, but to no avail. Perhaps no human effort can ever be made to end the burning. It wasn’t their fault that hell itself had made a home there. Perhaps in the meaningless fire there’s a higher volition.

Even after 50 years of gases and flames, the fire is expected to continue for 250 more. As time passes, eventually the few currently allowed to inhabit the ghost-town too will pass. None have children to inherit the dangers, and none else will be allowed to inherit their land. All that will remain is the hellfire. It will burn on. Alone. Only to share space with the souls of Centralia.

Spook Of The Day #260 • A Liverpool woman once bought a haunted bed feat. a random spirit

In 2002, a young woman from Liverpool decided she needed a new bed. Or maybe not decided, like if you need a bed you need a damn bed, it’s a necessity.

She went with a friend to a local market - Quiggins - and saw a bed in the corner. On it was a man lying face down fully clothed.

She asked the seller about the man, concerned someone just had a heartattack in the middle of the store. He vanished when the salesman came back to the bed to check it out.

So she bought it and was uhhh using it one night when she awoke to this huge pressure on top of her.

She went to the bathroom to splash hr face and chillax but she returned to the same man lying on the bed. He then flipped and in a really weird motion got out of the bed and moved towards her.

She returned the bed and discovered a man had had a heartattack in it before dying. 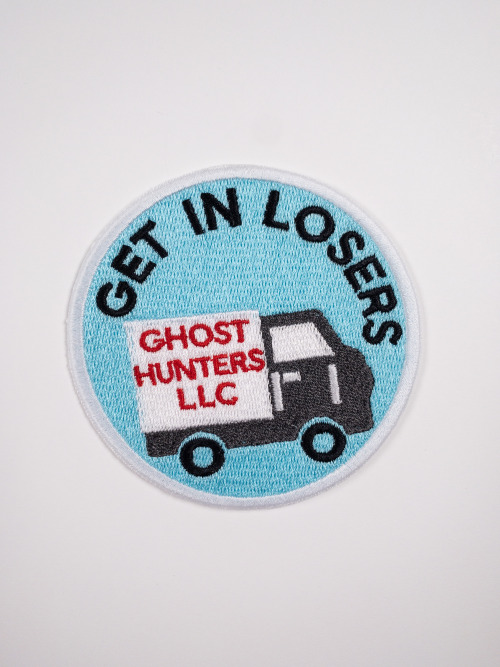 Formula of a Haunting: Investigating the Paranormal with Ghost Hunters’ Brandon Alvis and Mustafa Gatollari

Formula of a Haunting: Investigating the Paranormal with Ghost Hunters’ Brandon Alvis and Mustafa Gatollari

Paranormal events have captured imaginations for centuries. After all, who doesn’t love a good ghost story!? With the rise of reality TV in the ’90s, it wasn’t long before TV shows featuring paranormal investigations emerged.

As fun, adventurous dives into the unknown typically depict dramatic moments of cast reactions to what might be going bump in the…

Let’s hope it’s not a Revenant.

A merit badge for the orb checkers XD

The Delhi Purple Sapphire is quite a jewel to behold, with deep history richer than its deep purple hue. But this sapphire isn’t a sapphire. And this jewel is cursed.

First taken in 1857 by a British soldier from the temple of Indra, this amethyst ended up in the hands of Colonel Ferris. He was the first to exhibit the symptoms of owning a cursed object.

Financial misfortune plagued him until he pawned it off to his friends who faced similar difficulties including career failure, paranormal activity, and eventually suicide.

Edward Heron-Allen, one of the owners after Ferris, then took back the jewel and had it concealed inboxes with bankers who were told not to open it until 33 years after his death. Enclosed was a note detailing the curse.

It sounds like it belongs in a fairytale, like a wood filled with elves and fairies and all manner of delightful creatures.

Only its history is bloody, brutal, and ends with a curse.

Legend has it gypsies used to occupy the forest in the 19th century, but locals drove them out and slaughtered those that remained. The gypsies out of vengeance put a curse on the land. Spirits and goblins are still said to make this haunted forest home, with the most famous apparitions including a woman in white and a cloaked figure riding a black stallion.

Spook Of The Day #255 • The different meanings of candle colours

Did you know different candles are used for different rituals? The colours have individual meanings.

White stands for purity and divination.

Black is for protection and safety.

Orange is used for creativity and justice in legal matters.

And purple candles have something to do with the government.

In 2016, a Beyonce superfan made a facebook post about Queen B herself. But rather than offering up their opinion on that album or sharing a video of them crying to “If I Were A Boy”, they shared two pictures. They claimed that the people in these photos were not both Beyonce.

One was Beyonce and one was a clone. Numerous conspiracy theories surround this icon, with most revolving around claims that she died in 2000, was either replaced with a reptilian or stem cell clone, and that the clone carried her first child.

Rudolph Valentino is the original sex symbol - but he is also one of Hollywood’s most infamous spirits.

Legend has it he was supposed to have a grand mausoleum built to be laid to rest in but it was never built and his discontented spirit still lurks in the shadows of his former Beverly Hills home. Loud noises, flashing lights, and aggressive apparitions have been sighted frequently. His ghost even allegedly chased out a socialite in the mansion.

It was later discovered a caretaker of the house who was intrigued by the legends did rig blue and green lights to freak out visitors. But what about the rest of the activity?

Hey folks!! The GhostQuest Monthly #NewsLetter for #January is finished and scheduled to go out tomorrow morning!! If you haven’t got your #FREE copy of my Top 5 #American Monsters #eBook, click the link below to sign up and get it!! 👻

Well then. Watching scaring videos with my wife in our VRBO while my mom and in laws are sitting at the kitchen table 15 feet away and suddenly we hear AND feel this loud crashing noise and what sounds like a metal pipe falling somewhere in/near the house. So we so we all kinda mink freak out because “wtf was that? Did something break in the house? Did someone crash? Fall?” And so we all decide to search the entire house and perimeter and absolutely cannot find where the noises came from. At all. And we search multiple times, inside, outside, upstairs, downstairs, everywhere. And nothing.

Well luckily my wife brought all her brand new paranormal investigation equipment. So she is currently investigating while I can’t even go upstairs in the house because I’m so creeped out. However I can’t figure out if I’m freaking myself out more because I’m a scaredy cat or if it was a true feeling when I went to search upstairs and I had an overwhelming sense of anxiety and fear and almost couldn’t even look into our room and my flight reflex was screaming at me to leave the upstairs. Downstairs I feel fine. But upstairs I don’t want to be up there by myself now.

Spook Of The Day #248 • The Haunting Of the Dandy Farmhouse

Picture this - you’re about to move into your new home with your family. Its 1970 and we are driving through New York to get to your new farmhouse.

You pull up the drive only to see a neighbour running up to you. “What are you doing here? You can’t move in here!”

For the next 4 years the Dandys would feel invisible hands burn their body, see bricks removed from their chimney, and even a man in plaid standing at the end of their beds. He was holding a rifle.

The Dandys got a priest to do several exorcisms but to no avail. It would pass between many owners over the years and they would report similar activity.

Spook Of The Day #247 • The Sewer Alligators of NYC

In the 1950s, those visiting Florida could purchase among trinkets and knick-knacks baby alligators. Yes, small reptiles in inhumane fish tanks could be taken back with tourists to their home towns and kept as a pet. But alligators have this problem - they grow. When they did and became too unruly to have around the house, they’d be flushed down the loo and sent off into the sewer system.

But the first tales of alligators in the sewers actually began in the 1930s in NYC. Although refuted by experts claiming nothing could survive for long down there due to bacteria levels and the low temperatures, reports of huge alligators swimming towards workers had grown increasingly popular in the early 20th century.

Sniper, Seeker and Demo: *are listening to Jack explain how people disappear in the Canadian wilderness all the time*

Lumberjack: “yeah, that MannCo guy you described probably got turned around or something, eh. But it’s his fault for going off trail with no gear.”

Sniper: “So the bloke just disappears and none of you think twice about it? Mate, how do you just not care?”

Lumberjack: “Do you have any idea how often it happens to actual Canadians, let alone tourists? For all anyone knows it could be a bear, bigfoot or even a wendigo, eh. It’s a terrifying reality of living in North America.”

Demo: *opens his mouth and lifts his finger*

Lumberjack: “And no, I will not take you to see if you can find out, eh.”

Just another day at base with the Canadian giant, ft. The polyship Paranormal Investigation. @astral-glass have a shit post. (I’ll draw it out later. Probably. mabye.)

June 10 1912 - 6 members of the Moore family and 2 visitors were found dead in the Moore’s family home. The home is in the same condition as the day the bludgeoned bodies were found. You can even spend the night here (for a costly sum, of course).

To this day the murder remains unsolved. But it seems the spirits of those killed there are restless to have the truth discovered. One paranormal investigator even ended up stabbing himself by morning.