Original fairy tale romance, under a read more for length so it doesn’t clog your dash <3

Current Rating: M for mature themes (Although this chapter is more like T)

Pointy teeth gleamed in the moonlight.

They weren’t bared in threat, but rather pain. His brows were furrowed in a deep grimace, lips curled back, and he coughed as he tried to push himself into a sitting position.

Maeve hesitated only a moment longer before she hurried forward.

His skin had the telltale paleness that would have made his condition clear to her even had his teeth not been visible. She wouldn’t have been able to tell if he had any hair if it hadn’t hung around his ears, the color so close to the silver of the moon it blended with his skin. 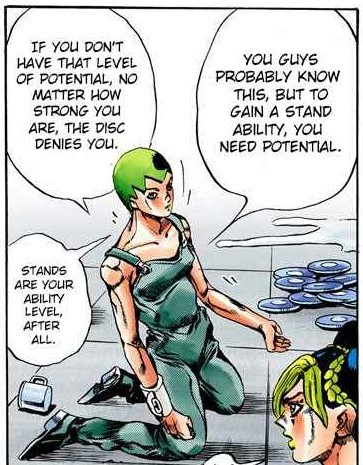 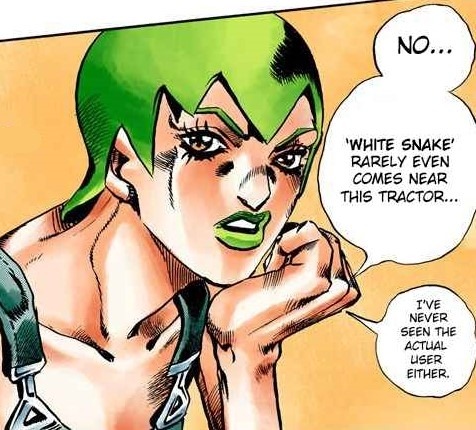 [Authors note: hahahaha gender inequality in the 60′s was greeeeat to read about. I had a blast being horrified by all the LGBTQ+ bashing back then, especially towards Nonbinaries. So, much, FUN.]

In this chapter: Klaus reunites with Allison, Ben gets traumatized by butt, and we break a brother in law out of jail

“I can’t believe you went through something like that, and you’re sure it’s only happened when I wasn’t there?” Klaus asks. Shrugging, you look over at him giving you a sentimental gaze from the pool. You pick at the purple sarong wrapped around your chest.

“Well, to be fair we haven’t exactly been apart longer than a few hours, unless you count the 10 months you spent in Vietnam.” You reply thoughtfully. “But then in fairness I was passed out from pain and exhaustion. And a tiny bit of shock.”

You subtly rub your arm, the scar of cha-chas burn still sitting strong on your skin.

#Love across timelines, #Umbrella Academy, #Part 6, #Klaus Hargreeves x reader, #Allison Hargreeves, #Ben Hargreeves, #Raymond Chestnut, #Listen, #i just want the siblings to hug Ben again, #and if i have to write the scene myself, #so be it, #i will bear that burden
20 notes · See All
voidstilespleaseText

“Resistance,” Theo doesn’t jump from the sound; he knows he’s there, has heard him come into his room while he’s in the shower. He’s attuned to Stiles now. He has listened to the steady rhythm of his heartbeat and barely manages to control his hand from touching himself with the smell of Stiles on the other side of the door. “-is futile.”

He turns around, sees Stiles on the settee, his profile bathed by the soft glow from the lamp. His eyes wander the length of Theo’s body, skipping the subtlety. Stiles has long given up pretenses of not being interested but has never made a forward move as well - always putting Theo in suspension.

“What made you open your eyes to the fact?”

It’s past midnight when they got home from a transaction. Six severed heads earned them a couple of million tonight; Tracy and Josh are out to celebrate the additional zeros in their account. Theo and Stiles retreated to the current headquarters - a property on the outskirts of a small town. It’s decent, and it’s theirs. They’ve gone a long way from where they started.

“Several things,” Stiles mutters, not looking up from where he’s staring at his dripping bare chest. Theo feels himself responding to the attention. He doesn’t cover or will it down - there’s no point when it’s for Stiles, and it’s never a secret. He deserves to know he stirs the deepest desires from Theo.

“Like?” He prompts, setting a hand on the towel slung loosely on his hips. Successfully, Stiles’s attention draws to the act.

“Void,” he replies, loud in the quiet of Theo’s room. “He’s not something I can separate from me - and I attempted that. It’s useless when I’m not hosting him this time. He’s hosting me.

Power,” he adds after a short pause, dragging his eyes back up to Theo’s torso. “The security he provides. I kept it locked away to play the defenseless little human in Scott’s dysfunctional pack.

Hunger,” Stiles rises to meet Theo’s eyes in the dark. “I forced this vile, twisted appetite for pain and havoc into the unknown recesses of my mind because it wasn’t my thoughts at first. But it is now. His want is mine.”

He stands from the couch and takes slow steps forward. “The money. I can shower my father with luxury. He loved me when I was a broken boy; he will love me now that I have two parts of a whole. I know it.”

Theo doesn’t move from his spot as Stiles close their small distance. A hand reaches out between them to where the sheet locks around him. Theo wants to burn the way Stiles’s long fingers unwrap him like a gift at the back of his eyelids, but it’s also impossible to break contact. The way his light brown eyes dilate to a darker shade sucks Theo’s entire consciousness like a vortex. There’s that scent again, the one intended only for Theo, turning the air around them dense. He’s becoming lightheaded from the promise of euphoria.

“And then you,” Stiles murmurs, breath hot on Theo’s naked skin. “You do everything for me - for both of the faces I wear.”

“Whatever you need, whenever you need it, Stiles.” Theo reiterates what he vaguely remembers telling Malia in the past. It is true today - all the time.

The towel drops to the floor, irrelevant to the Nirvana he is about to experience.

Long, warm fingers wrap around where Theo is throbbing, and he struggles to keep his glazed eyes open. His mouth falls open to a soundless cry at the sensation of the firm, measured strokes. Stiles presses closer, brushing their lips together - teasing as if there is not enough of that yet.

“I’m a half evil fox and half evil human,” Stiles leaves innocent, fluttering kisses at the corner of his mouth, contrary to the expert twists and squeezes of the hand linking them. “Would you mind if I corrupt you a little?”

“I’m only yours to ruin,” Theo says through the fog in his brain. “Do your worst.”

Theo stops holding back the loud moan when Stiles drops to his knees. His eyes slide shut as molten lava envelopes him.

I like to think that Pucci was friends with Dio bc he was 15 years old and impressionable, especially considering he was raised religiously, like he probably didn’t know much about other philosophies and stuff.

So Dio kinda say some fake deep things and Pucci was like,, wow ur so smart. Dio being the little egocentric man he is, kept him around for moral support.

If they had had more time to get to know each other Pucci would have seen how absolutely full of bullshit this dude was.

#Dio is like a stoner friend who give themselves more credit than they deserve, #yeah that wasnt as smart as you think but go off, #pucci, #dio, #part 6, #stone ocean, #jjba, #txt, #headcanon
59 notes · See All
nbjolynePhoto 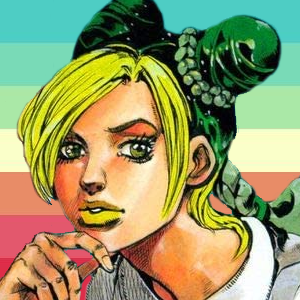 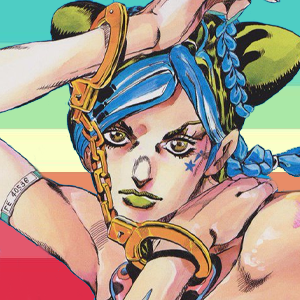 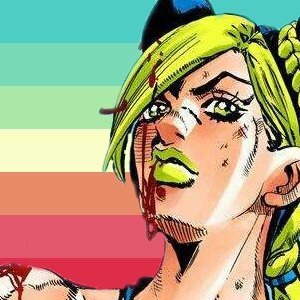 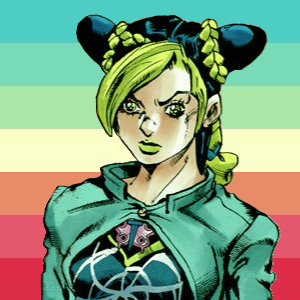 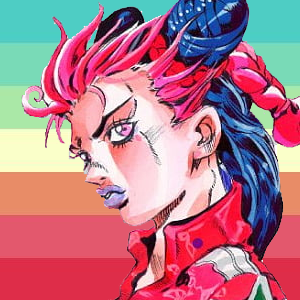 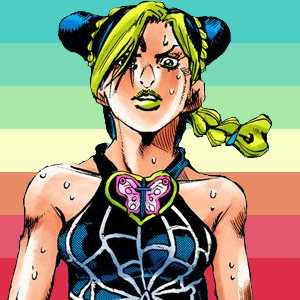 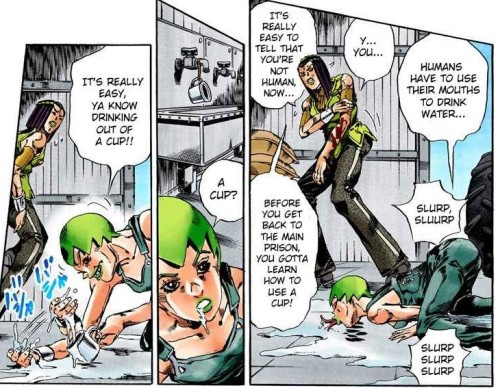 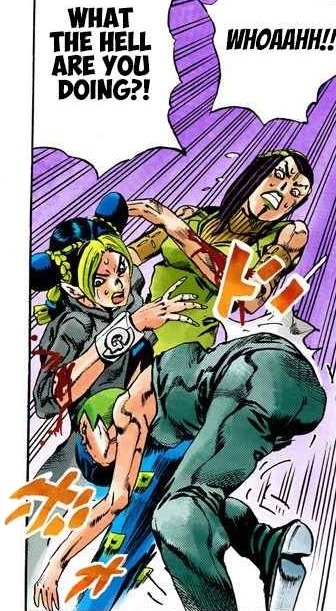 Idk why I made an entire concept sheet for a Jolyne plush in my artstyle because I’m both cloutless and too broke to invest in getting plushes made right now but I WOULD LOVE TO DO THEM at SOME point in the future. Big ugly watermark because this isn’t a traditional art piece and I want to be safe.

Edit: I fixed the stupid eyelid. 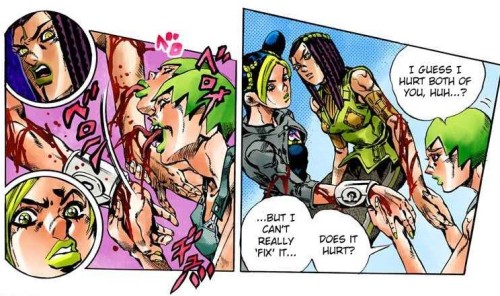 Risotto and Abbacchio would listen to My Chemical Romance together. Risotto’s favorite album is The Black Parade and Abbacchio’s is Three Cheers, and they argue over which is better. Diavolo breaks up the argument by insisting that Bullets is better than both. An emo shouting match ensues. 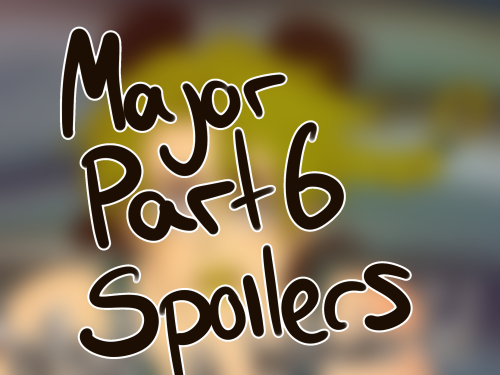 Comparing this video to the one of the same scenes I recently shared from the same year’s London cast, I can definitely see the ways in which the London production was subtly darker and more intense than the US tour. The beggars here don’t seem as harsh or as quick to turn on each other, the pimp doesn’t abuse the prostitute when he breaks up her fight with the old beggar woman, Éponine’s entrance has her cheerfully palling around with Gavroche instead of fighting off Montparnasse’s advances (although she and Montparnasse do have such a moment off to the side later), and Marius only jostles Cosette when he bumps into her, whereas in London he knocked her down. Not that this production feels tame in any way; it doesn’t. But there’s still a clear difference.

Christopher’s Gavroche is fine, but he doesn’t have quite as much character in his voice as I’d like to hear. He sings strongly and acts well enough, but he’s just a little bit nondescript.

Kevin’s Enjolras commands instant attention with his rich, powerful baritone voice. His tone is slightly reminiscent of Michael Maguire, but decidedly less trumpeting and more elegant. Between his singing, his dignified ardor, and (on a shallower note) his good looks and Hugo-accurate curly blond hair, he definitely makes a strong first impression.

I like the touch of his giving a coin to a beggar woman on the bridge. It shows that Enjolras is no poseur or detached idealist, but striving to help the poor here and now as well as fighting for a better future for them.

Eighteen years before his controversial Phantom of the Opera, Tim Howar makes a likeable first impression as Marius, with his darkly shaded, gentle yet rich voice, and his warm interactions with Éponine and newfound passion for Cosette. The fact that he’s a fairly short man alongside a 5′9″ Éponine lets them add some fresh humor to their exchange in “The Robbery,” with her holding his book high above her head, out of his reach, until he makes her let it go by tickling her stomach, and to “Éponine’s Errand,” when he kneels before her to beg her to find Cosette, only for her to effortlessly and unsentimentally yank him to his feet. Of course Hugo’s class-conscious Marius and Éponine would never do such things, but in the musical it’s endearing.

This brings us to the person who, for many viewers, is undoubtedly this video’s raison d’etre: Sutton Foster as Éponine. Right away it’s no surprise that of all the cast members here, she’s become the biggest star. First of all, there’s her gorgeous voice. Then there’s her fully believable acting. Her Éponine is a true street urchin: tough, scrappy, intelligent, cheeky and playful, yet with brooding moments when she’s alone, and with (thus far) subtle hints of pathos yet not a trace of syrup. I like that she seems to deliver “Little he knows, little he sees” with a bittersweet smile: she wishes he returned her love, but is still happy just to know him and be his friend. The real angst will only come when he falls in love with someone else.

J.P. and Aymee still do a good job as the Thénardiers, although some of the others in other videos I’ve shared of this scene have been more distinctive.

Even though it doesn’t get a closeup, I notice one detail that I remember reading about in reviews of this cast. Regan Thiel’s Cosette doesn’t passively let Marius shield her from Montparnasse during the robbery, but struggles to break free from his protective arms and run back to her imperiled father. At one point she has both her feet kicking in the air!

Last but far from least, Stephen’s Javert is still as stern, imposing, driven and rich-voiced as ever. The dark lighting in “Stars” unfortunately makes him hard to see on camera during his own solo, but we can hear him perfectly well, and his sumptuous, impassioned baritone gives us a magnificent rendition of the song.

Part 6 hurt me so much more than i was expecting