Researchers suggest that instead of venting that negativity, one should try to overcome it through various strategies, for instance, taking deep breaths, taking a nap, trying to divert your attention towards something positive, practicing gratitude to avert complaining. In other words, modern psychology is recommending the practice of patience. When the Quran says: “seek help through patience and prayer.” (2:153), it is indeed offering us the perfect antidote for negativity. Patience offers the best psychotherapeutic intervention which can eventually alter our perceptions and usher in positivity. The more we dwell on our negative emotions, the further we submerge into negativity, while through silence and patience we allow positivity to sink in.

You’ll meet my mom at the wedding honey 😘 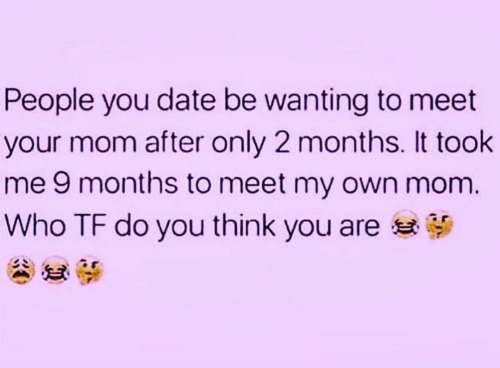 💌 Some subtle signs your husband loves you undoubtedly,

Whether you’re his only wife or in polygyny:

He tries to spend time with you even though he’s busy,

At least you’re in his thoughts if he’s in a far city,

If he lets you massage or touch him physically,

And he’s willing to listen to you speak endlessly,

You know he cares, and his caring isn’t fantasy.

When he genuinely asks about your family,

And thinking of you often helps him sleep peacefully,

His love is real, more so when he attempts to act sweet -

Through offering to feed you by hand when he would eat,

Allowing you to wear his jacket for you to keep,

When around non-mahrams encouraging modesty,

Reminding you to put on the hijaab properly,

Waking you up for Salah when he awakes early,

Seeing you without make-up, still finding you sexy,

Knowing you have enemies then becoming worried,

Loving how you enjoy his children’s bedtime stories,

And when he neglects you, inside he’s feeling guilty.

You know he loves you when, though you don’t see him daily,

He pronounces your name in his Du'as frequently,

Thanking Allah for a wife who loves him patiently.

So don’t you leave him. Together rise in piety

Till you reach Jannah where lovers can love perfectly. 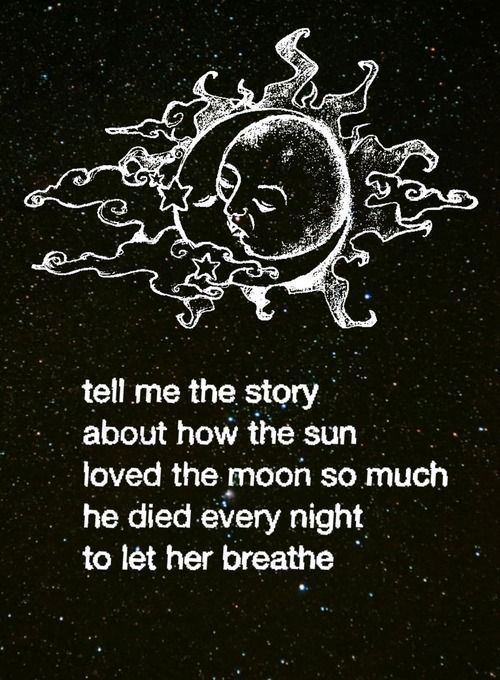 #shams tabrizi#patience#love#lover#beloved#spiritual
25 notes
1-message-received
Quote
<div> —  Ruby Dhal </div><span>One day you will be with someone who will love you the way you deserve to be loved, and you won’t have to fight for it.</span>
#repost#aa#quote#oneliner#reminder#remember#single#wait#patience#inGodstime#love#rubydhal#relatable#thisissome#fight
2 notes
jordansmith7816
Text

You are not waiting on God.
I know it might feel like you are, but you’re not.
There is no moment God is not already in… READ MORE:

“I am the Alpha and the Omega,” says the Lord God, “who is and who was and who is to come, the Almighty.”Revelation 1:8

You are not waiting on God.

Welcome tothe 1970s, now in color! Though the new opening title sequence (courtesy of Kristen Anderson-Lopez and Robert Lopez) stopped short of recreating the iconic “Brady Bunch” three-by-three grid, its rainbow “in color” tag and peppy music set the tone for a Technicolor episode within a spacious, suburban home about to double its occupancy.  ฟรีสปินwelikesexy

We are all just fumbling through life, trying to do our best.

None of us truly knows what we are doing or what tomorrow will bring.

We make educated, or sometimes not so educated, guesses or predictions.

And, then we hope things will work out.

Sometimes we are successful with our efforts.

Other times, we fail.

But, we are all just fumbling forward, trying to do what we think is…

HE said, O Chanok, look on the cepher of the tablets of heaven which have gradually dropped down; and, reading that which is written in it, understand every part of it. Then I looked on all which was written, and understood all, reading the cepher and everything written in it, all the works of man; And of all the children of flesh upon earth, during the generations of the world. Immediately after I blessed YAHUAH, the King of glory, who has thus forever formed the whole workmanship of the world. And I glorified YAHUAH, on account of his longsuffering and blessing towards the children of the world. At that time I said, Blessed is the man, who shall die righteous and good, against whom no catalogue of crime has been written, and with whom iniquity is not found. Then those three holy ones caused me to approach, and placed me on the earth, before the door of my house. And they said unto me, Explain everything to Methushelach your son; and inform all your children, that no flesh shall be justified before YAHUAH; for he is their Creator. During one year we shall leave you with your children, until you shall again recover your strength, that you may instruct your family, write these things, and explain them to all your children. But in another year they shall take you from the midst of them, and your heart shall be strengthened; for the elect shall point out righteousness to the elect; the righteous with the righteous shall rejoice, congratulating each other; but the sinners with sinners shall die, And the perverted with the perverted shall be drowned. Those likewise who act righteously shall die on account of the works of man, and shall be gathered together on account of the works of the wicked. In those days they finished conversing with me. And I returned to my fellow men, blessing YAHUAH of worlds.

IN those days Uriy'el answered and said to me, Behold, I have showed you all things, O Chanok; And all things have I revealed to you. You see the sun, the moon, and those which conduct the stars of heaven, which cause all their operations, seasons, and arrivals to return. In the days of sinners the years shall be shortened. Their seed shall be backward in their prolific soil; and everything done on earth shall be subverted, and disappear in its season. The rain shall be restrained, and heaven shall stand still. In those days the fruits of the earth shall be late, and not flourish in their season; and in their season the fruits of the trees shall be withheld. The moon shall change its laws, and not be seen at its proper period. But in those days shall heaven be seen; and barrenness shall take place in the borders of the great chariots in the west. It shall shine more than the orders of light; while many chiefs among the stars of authority shall err, perverting their ways and works. Those shall not appear in their season, who commanded them, and all the classes of the stars shall be shut up against sinners. The thoughts of those who dwell on the earth shall transgress within them; and they shall be perverted in all their ways. They shall transgress, and think themselves elohiym; while evil shall be multiplied among them. And punishment shall come upon them, so that all of them shall be destroyed.

• My collegiate alma mater got rid of its mascot. If you’re incensed by this or believe it detracts from your college experience, or the experience of today’s students, please, take a seat on the toilet and fuck yourself. College experiences are a result of the humans you interact with, not the cartoon on your admission papers.

• Of all the damage the Trump Presidency did, it’s important to remember that the most egregious was that under Trump’s watch, we were attacked by Thanos. Twice.

• Listening to others, taking the time to understand them gives you patience. Perspective. Time. We’d all be a lot less offended and angry if we took the time to gain perspective around nuance.

• There’s a guy in my home office who looks a lot like me who will not stop farting. Dude, light a match.

• I am equally proud of and disgusted by my dog when she snags a rat trolling our yard. If that juxtaposition doesn’t perfectly capture the Human Experience, nothing does.

• Should, not could. Be active.