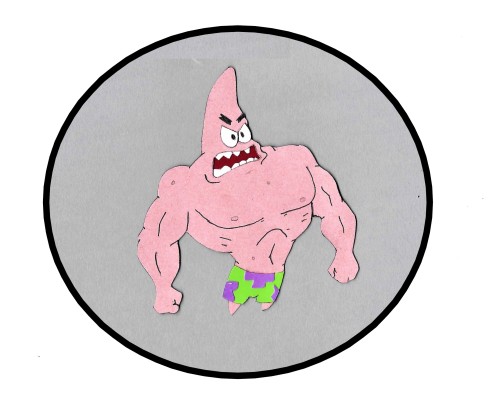 There weren’t a lot of rooms in their home, forcing Hilda to wake up early to have any privacy. Back in Denmark, if she didn’t want to be found all she had to do was run down a corridor and turn into a room at random. As long as someone wasn’t already in there, it was unlikely anyone would find her.

She took a deep breath. It was nearly six in the morning, but she needed privacy for this. She’d tell Patrick if the answer was yes, but if the results were negative, then she didn’t see the need to. It wasn’t like they were trying. If it happened, it happened. If it didn’t, she’d crawl back into bed with him and pretend that she’d never snuck out.

Hilda took another deep breath. Dowsing only worked with a clear, steady mind. If she was too emotional, she could get false results.

“Show me a yes,” she breathed.

“Do I love Patrick?”

It was unnecessary with how experienced she was, but it was standard to ask the pendulum a question you already knew the answer to before moving on to what you wanted to find out.

Hilda steadied herself before asking again.

The pendulum barely got in two rotations before Hilda dropped it. In a rush she could barely contain, she ran back to their bedroom. As she crossed the threshold, she slowed down to a tiptoe. She wanted it to be a complete surprise. Without much effort, Hilda silently slid underneath the covers. Patrick was still completely asleep, but she had an idea on how to fix that.

Hilda shifted over so that she was right beside him. Gently, she nudged Patrick’s arm before kissing him on the cheek. “Good morning, sleepyhead.” Even though Hilda beamed with excitement, she hadn’t given it away yet. Overly cheerful wake-up kisses weren’t anything out of the ordinary for them.

#found out you can give leopard geckos some fruit as a treat, #so i gave her a tiny piece of a cherry to see if she likes it, #she licked it and then lost interest pretty quick haha, #cute, #leopard gecko, #leo, #gecko, #pet, #patrick, #lick, #blep, #cherry, #treat, #fruit, #image, #picture, #animal, #reptile, #lizard
3 notes · See All
clayton-dogoraffeText

He was walking out the doors of the school, arm around her, or should I say Evangeline shoulder. She meant a lot to him, they started dating about a year ago, during that time many things have happened, victors’ mother has grown to accept her as well as her parents. Although all good things have happened, there still were some problems.

They turned their heads, hearing the commotion come from the front of the school. It seemed that stan Uris had bumped into the wrong people, Patrick out of all of them. We walk past them lining up with belch and henry, waiting for Patrick to finish his bull. She could feel eyes on her, they made her feel uncomfortable, she turned. Suspecting it to be victor, belch or even henry. But no, it was Stanley, Patrick looked at him, then at me laughing silently.

“I can’t believe it!” Patrick yelled, he was ecstatic, in the weirdest possible way. Everyone turned confused, victor was the most. Victor shifted his face from neutral to confused, asking why Patrick had said that.

“what do you mean pat?” he asked, Patrick smirked, pointing to stan, then to you. He patted Stanley’s shoulder, hitting him roughly in the process, showing Henry he wasn’t trying to be nice.

“Stanley here has a little crush on your girl, don’t you Stanley?” Patrick chuckled, teasing him telling him to ‘go for it’. She could feel victor   stiffen, anger slowly rising, but trying to calm down. Victor was never an angry guy but at the same time she couldn’t take that to heart.

“victor, don’t mind him it’s just problibly a joke.” you pat this arm, he looked at you, relaxing a little. Patrick laughs even louder, making victor even more angry.

“I’m not joking Stanley keeps looking at her with googley eyes” Patrick makes kissy faces and noises, upsetting victor not only for that but for the fact Stanley Uris likes his girl, the one he hopes to marry one day. Although Stanley is what they call a ‘little Jewish kid’ he still didn’t hate them, at least he didn’t hate them before. Henry pushed pass the both belch following behind, his number one objective was getting to bill who had just walked out with trash mouth toizer.

Victor ignored all the commotion from them, and continued to look at Stanley with a bit of hate, and a lot more anger. He shifted, shrugging his arm off your shoulder walking towards him, he definitely scared Stanley, and in all honesty, it scares her too.

“…” victor was silent, he stood in front of Uris scaring him just by looking at him, he kneeled, only a little to reach his height. Evangeline was petrified, scared about what he would do or even say. Patrick stood there, excited about what would happen, creeping you out a little

“if I were you, I would stop looking at her, or ill rip your fucking head off”. He threatened the poor boy. You were shocked, shocked about the fact he even cursed, let alone saying the words rip and head off. You moved to the side seeing a look of pure horror on Stanley’s face. You layed your hand on victors’ shoulder, trying to stop and calm him, trying to make him feel a little sane.

“I-I promise it won’t happen again" stan spits out, you tug victor’s shoulder causing him to fall back, and take him to belches car. He turned and you could still see the anger in his face, the guys had already been in the car, Patrick of course was laughing whereas belch and henry were shocked what he had done. you pulled your hand down and grabbed his hand while walking towards the car. Henry let out a jealous growl.

You smile knowing that Henry felt annoyed by this, it was your objective to do that. Victor smiled knowing what you were doing, it made him feel better about the fact.

While walking you heard Victor mumble something under his breath. “only I can look at you sweet cheeks”, he said it low enough that only you can hear him. You smirk walking into the car driving to the diner to finish your day.

12 lives in total, filled with possible clashing personalities, what could go wrong? based off of the song “The Game of Life”

The meeting should have begun by now, but of course, their leader was late yet again. Arza, the first life, muttered for what was definitely not the first time about how it should be the first life to lead, not the twelfth, usually followed by a remark by Patrick, the sixth life, who would then return to cracking jokes.

“Hey, Bon, if I got you a big enough piece of paper do you think you could make a stand-in Spring?” Patrick joked to Bonnie, the ninth life. Patrick leaned back in his chair.

“Don’t lean back so far in your chair, your gonna have it break on you again.” Judas, the third life, warned.

The demon quickly relented, sitting up. His ongoing streak of bad luck and easy going attitude is what got him the title of the sixth life. Things often fell apart near him or just fell on him. No one payed any attention to their tenth life, as was the usual, only making sure he was still there occasionally. He was the most hated of the lives, and the only reason he was still around was because he, regretfully, filled the profile as the tenth life. 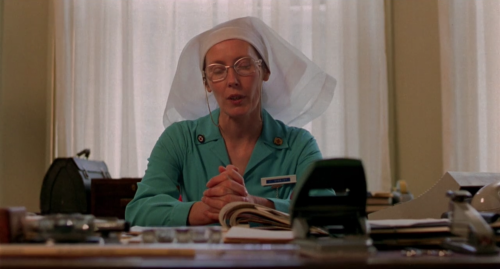 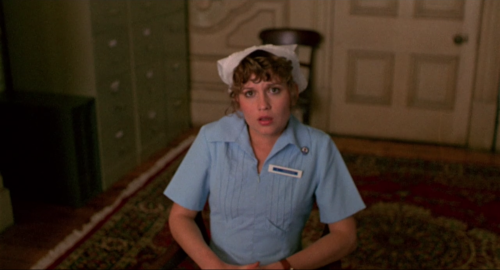 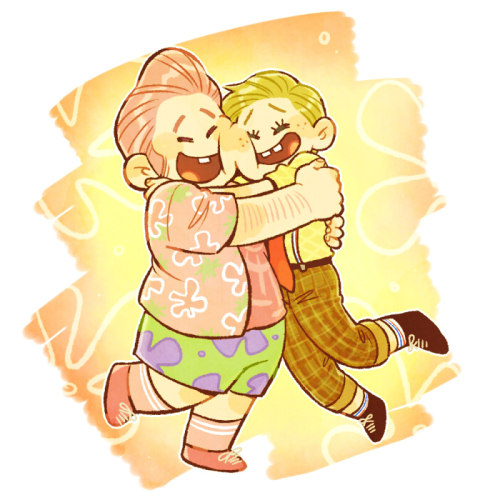 “library cards“ is one of my favorite episodes! 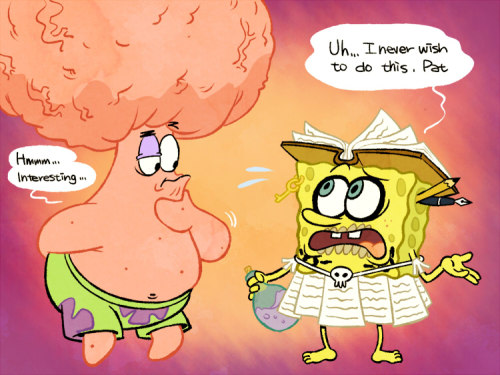 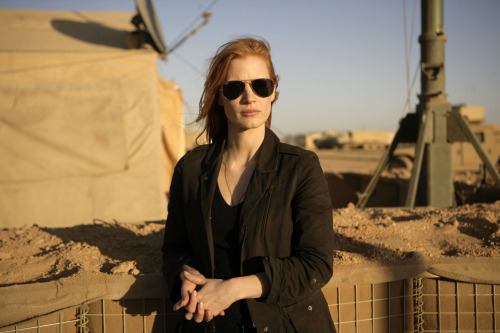 [image is an illustration of my OC patrick, a pale man with close cropped blond hair, wearing 1930s-style spectacles and tuxedo with spats. he is sitting on a pale wooden throne with arms shaped like greek keys and large carved wings on the back, with a silver-tipped cane propped up beside him.] 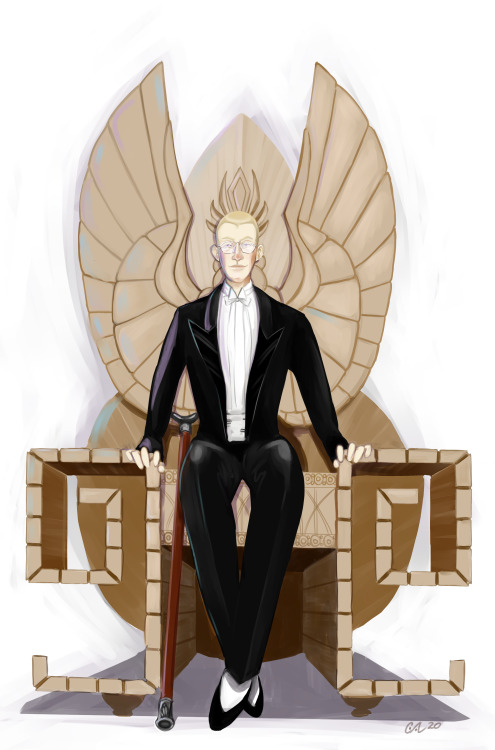 #my art, #ocs, #patrick, #gonna try to be better about captioning
5 notes · See All
hildaxdfText

More than anything, Hilda was tired. She was tired from travelling, tired from the pressure that her parents put on her, and tired from meeting new people. Or rather, she was tired from being set up with new people. Not all of them were bad, most of them were quite pleasant conversation, it’s just that none of them had that spark. None of them made her feel like she was living the kind of romance she daydreamed about, the kind that existed in fairytales. So she ran away to Ireland, and though she was excited to be away from it all, now she was also tired from the trip there.

Usually she stayed in Dublin, either with friends or in a wizarding hotel. This trip, however, was different. Hilda not only wanted to escape her family, but her friends as well. Half of them were already paired with their pureblood prince charming and the other half were obsessed with talking about the matches they were in the process of meeting. If she wanted away from the pressure, she had to escape them all.

As random as if she had thrown a dart on a map, Hilda chose a small town in Ireland to visit. She knew it was going to push her comfort zone, but it was going to be worth it if it brought her the peace she was searching for. The first limit that was tested was her knowledge and tolerance for the muggle world. In a town this small, there weren’t any wizarding lodgings for her to stay at, so she had to stay at a muggle establishment. The woman behind the front desk had given her any strange stares, so Hilda was relatively confident that she hadn’t created any cause for suspicion.

After she dropped her belongings off at the inn, Hilda aimlessly walked around. Lack of expectation was exactly what she was looking for right now, so it was perfect that there was nowhere she was supposed to be and nowhere that she intended to go. She simply ambled down the streets, browsing the shops until her stomach told her to stop.

The sun had just begun to touch the horizon as Hilda made her way into the local pub. God, everything was so strange. Dirty dishes left on the tables, waiting for someone to pick them up, newspapers lying around with still pictures - it didn’t feel right. Though she brushed past her mild discomfort and made her way to the bar, every time she laid sight on a muggle item, Hilda kept expecting it to become its magical counterpart.

The bartender came over almost immediately as she sat down. “Just a water.” She had muggle money to pay, Hilda just hadn’t decided what she wanted yet. Her stomach demanded food, but she wasn’t sure if this muggle establishment would have anything that she could stomach.