[A man standing in a kitchen preparing food. Caption: Put our yellow mustard in. And we put a little bit of black pepper in there.]

after sixteen days all my cayenne pepper seedlings are visible 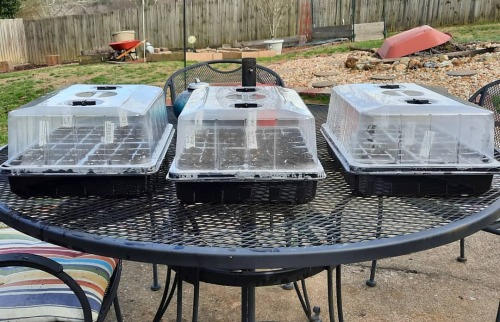 Moved some seeds from their germination area to their new homes 🌿

Part 2- How do they arrest blind people and wheelchair users? I understand mobility aids are usually taken away. Does this apply to canes for blind people? Also, I was going to have them in holding for 1 day with no treatment for their eyes after being tear gassed. Is this realistic or do you think police should pour water on them? I was going to involve the arrested characters all going on hunger strike, which might cause the police to transport them to booking faster. Does this sound okay?

‘Comfortable’ feels like the wrong word for all of this subject to be honest. I don’t think I could do this if I was comfortable, I am incandescent with rage. I am furious that the world we live in is still infested with this pointless, preventable brutality. Yes I am essentially a ball of rage and ferrets.

And a portion of that is about the fact it only really makes the news when it affects wealthy countries. Seeing the response in Kenya and Nigeria to these movements/events in the West has been… interesting.

Let’s start off with some definitions here because I think that will help as we discuss the story idea.

Realism in the context of these discussions doesn’t necessarily mean ‘this would happen to 100% of people in this situation.’ If we’re talking about torture techniques used and treatment of particular groups in society then it’s less a case of ‘does this happen or not’ and more a case of ‘how often does this happen?’ ‘how likely is this?’

Most modern torture is ‘clean’, which means that it doesn’t leave obvious external marks. But you do still get incidents (including in rich Western countries) where scarring torture occurs. They just a lot rarer.

And, continuing this example, if a writer came to me asking about writing a scarring torture in a modern setting I’d warn them about the implications that can go with that. I’d talk about how survivors of clean tortures are dismissed and belittled. I’d talk about how the harm clean tortures do is downplayed. And I’d say that while there’s nothing wrong with wanting to use a scarring torture in a story, when we do it’s important to be aware of the context: that scarring tortures are rare and that they’re not ‘worse’.

Everything you’ve described for your story is possible and it’s the sort of thing that’s more common in the country and time period you’ve chosen for your story.

I’ve found it difficult to get hold of larger studies focused on the US. A lot of the statistical analysis I’m seeing focuses on mental illness or doesn’t draw a distinction between mental illness and physical disability. That can be pretty common when you’re looking up stuff about disability. It can be a helpful approach in some respects, showing how the disabled population broadly is discriminated against. But it also masks things that affect particular sub sections of the disabled population by lumping everyone in together.

The Prison Policy Initiative has a page here you might find helpful, but most of these articles focus on mental illness and low IQ. Solitary Watch has a frankly horrifying list of cases in a prison where the disabled were routinely denied treatment and left in neglectful conditions that amount to torture. (The list includes a blind man denied a cane for 16 years.)

Based on individual cases I’ve read I’d say that what you have planned is realistic, in the sense that it is possible. Similar things have occurred in America.

In the absence of clear statistics on the number of disabled people in custody in the US, let alone how they’re treated, I’m finding it difficult to say how common this would be.

Part of the problem is a lack of consistent standards or definitions across the country. This is from a Reuters investigative piece on deaths and abuse in US jails: ‘Seventeen states have no rules or oversight mechanisms for local jails, according to Reuters research and a pending study by Michele Deitch, a corrections specialist at the Lyndon B. Johnson School of Public Affairs at the University of Texas. In five other low-population states, all detention facilities are run by state corrections agencies. The other 28 have some form of standards, such as assessing inmates’ health on arrival or checking on suicidal inmates at prescribed intervals. Yet those standards often are minimal, and in at least six of the states, the agencies that write them lack enforcement power or the authority to refer substandard jails for investigation.’ (Emphasis mine, full article series can be found here. It contains video footage of torture (beating), some graphic descriptions of racist abuse and miscarriage.)

What this means for you is that there’s massive variation between jails in the US. The variation affects everything from the structure of the jail itself, to staffing levels, to workplace culture, to oversight, to provision of medical care. Basically some jails are a lot more abusive and dangerous then others.

It’s also difficult to identify problem facilities because, as the Reuters article points out, a lot of the relevant statistics aren’t released to the public. Reuters came up with their statistics by examining jail records and reporting of deaths or abuse in local newspapers over a period of several years.

In some of the accounts from US prisoners I’ve read people were allowed to keep wheelchairs. In others they were taken away.

The cases where wheelchairs were taken were generally reported as part of a wider pattern of torturous neglect. I do not have enough evidence or cases here to say that that’s always the case: I don’t think this proves that prisons or jails which take mobility aids always neglect disabled prisoners. Because I don’t know whether taking a mobility aid, in and of itself, would be reported if it wasn’t happening alongside prisoners being left lying in their cells for days, unable to eat or clean themselves.

Based on what I know about disability generally I’d say that when mobility aids and canes are taken away neglect and abuse are more likely. And I think that would include being left in a cell, having been tear gassed, with no water.

In terms of physically arresting people with disabilities, well there are problems with abuse of disabled people the world over. I’ve heard stories from a lot of different countries about people being ripped out of wheelchairs, being tackled, being dragged. Unfortunately a lot of people are taught to doubt disability and to treat obviously disabled people with contempt.

But you should remember that I read about the worst case scenarios. My knowledge is focused on abuse and ideas about what encourages or discourages it. Which can skew the perception of how common these things are. (I really wish I could find some decent statistical data here, the absence is maddening.)

I think part of the way to approach this is to break it down and figure out how many groups these characters are being passed between. I don’t actually know how the booking in process in the US works. (I’m sorry but the nature of the blog is that I’ve got a lot of broad knowledge, I’m not an expert on every police system in the world.)

The standard of treatment could easily vary between the people making the arrest and the people actually holding the prisoners.

And all of this means that I think you’ve got a lot of leeway here. There’s a big range of things that are possible here. So there’s scope to choose how bad it’s going to be.

You’re already doing that to some extent with the way you’ve planned this out and thought it through. That’s good, it’s important to work within your limits and focus on the elements you’re interested in.

There will be real cases similar to your story that went a lot worse and there’ll be cases where things went a lot better. No one story can capture everything and that’s OK.

I think these characters will probably be acutely aware that things could go very badly for them. They’ll probably have heard stories about people of their race, disability and gender being abused or even murdered by police. Use that in the story. Try to bring some of that fear and rage and defiance into the story.

I’m not sure what kind of cultural weight hunger strike carries in the US. I can link you to my masterpost on starvation which outlines the physical and psychological effects of hunger.

I also want to leave you my masterpost on solitary confinement, because I’m aware that US jails and prisons often put vulnerable prisoners straight into solitary.

It’s really clear just from your question that you’ve already put a lot of thought into this and done a fair bit of reading. Keep going.

And it’s going to be hard. Researching this stuff is incredibly exhausting. For the love of gods take breaks. I’ve got a guide to researching difficult topics here. It can be hard to follow the advice there, hell I struggle to sometimes, but you can’t let this stuff poison you.

I hope that helps :) 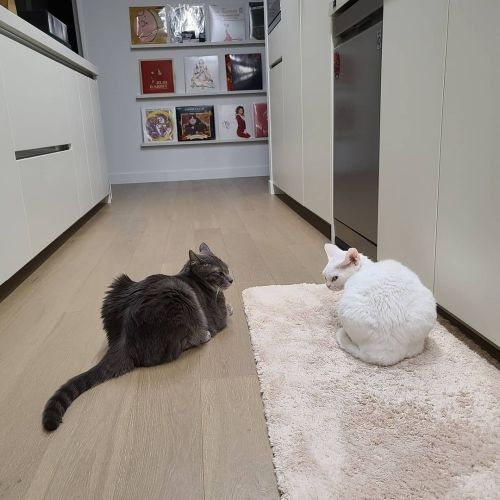 This savory and sweet hot pepper jelly will have you breaking into a sweat. Serve with a brick of cream cheese and crackers to soften the blow. A Tale Of The Yoruba People And Pepper Love Story

A Tale Of The Yoruba People And Pepper Love Story

Have you ever heard the saying that Yoruba people like pepper? Well if you live in Nigeria, you must have heard about or come in contact with this legendary love story. If you are too keen on spicy food, I hope you live to tell the story when you make the first contact.
Over time, this construct has gone from being just a food choice to an identity. So where…

Fruit and Vegetable Colorful Cutting Board (unmute) you’re telling me this isn’t how the scene actually went?