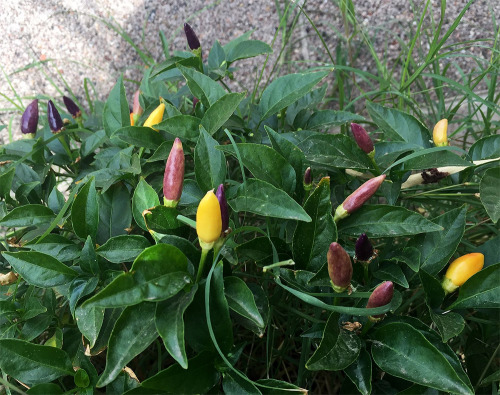 Is that snow in my front yard? Why yes it is.

Is that a jalapeño pepper ripening in my window? Why yes it is.

Even in winter, intrepid gardeners will find a way.

Looking forward to Spring and planting in earnest! 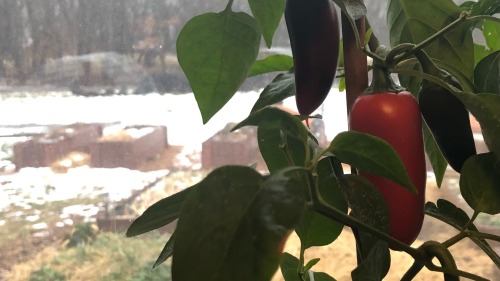 My Peruggias F1s are ripening so far into three different colors! My phone camera is being unfortunate so the colors are not very clear, but the first one is ripening to red, the second to orange, and I an very excited for the last one that appears to be chocolate brown!

Another Peruggia f1 that was ripening to chocolate was unfortunately growing on one of the plants that was post attacked by slugs, so that plant has been cut down so it can hopefully regrow, and I have placed the two peppers into a paper bag of apples to ripen faster.

So far, the Burpees Blondie Bell (aka, white bell pepper) has been doing well after snapping in half months ago lol. The top is getting very tall and crooked, so I will probably trim that again and clone the top, same as was done with it, and the bottom half has become extremely bushy and probably has at least 10 baby fruit and even more flowers on it lol.

Last but not least, my Kratky hydroponics Peruggia f1, which has recovered very nicely from being eaten by a cat. It’ll be moved to a bigger container as needed, but for now it’s in a glass decaf coffee jar from the dollar tree lol.

oH well, I fully intend on maintaining these plants for years to come, and once this pepper is picked the plant will be able to put more energy into getting taller again.

I will most likely have to transplant the Violet Sparkle into its own pot, because the Sugar Rush Cream peppers are dwarfing them and shading them out unless I have it rotated toward the sun…

…Which probably explains why my Sugar Rush CREAMS, aka white are turning purple on one side; they’re getting sunburned!

Thankfully none of them are burned enough to particularly damage them, but there HAS been three or four with insect damage, leaving little holes bored straight into the fruit… I’m curious about what on earth is eating these, the only HOT peppers that I’m growing.

All I have to say is this: The best quality a plant has is its wiggles.

This is called a banana pepper! I got it as a gift from a fellow gardener, they’re really sweet and get orange when they’re ripe!

This one is what I get from taking a seed from a “red horn pepper” hybrid (that’s how we call it). The horn peppers are usually really characteristic in shape and much bigger, but these are like “meh whatever”. Yet, they taste really good!

That’s a hot chilli pepper; I only have one plant like this. I’ll try making a chilli powder out of it. I wonder if I could make a pepper spray?

This little guy may look innocent and cute but don’t let that fool you. His peppery sass will cut through your tough like a sword! His SHU is not charted but is said to be around 1,500,000 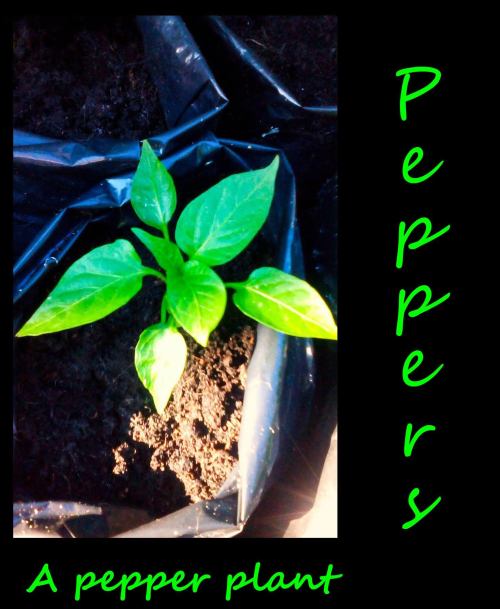 As the temperature goes up and the dry days continue the tomatoes and zucchini slow down but the pepper plants start putting out fruit.. 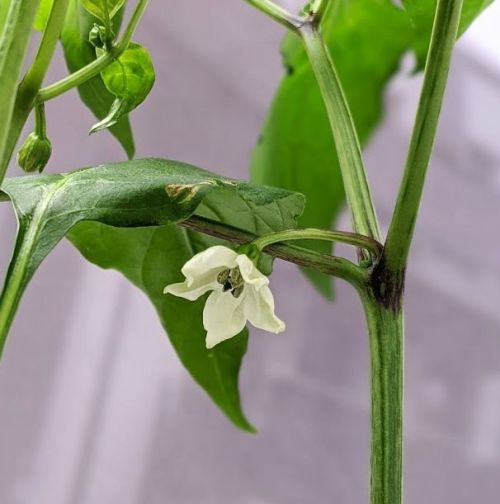